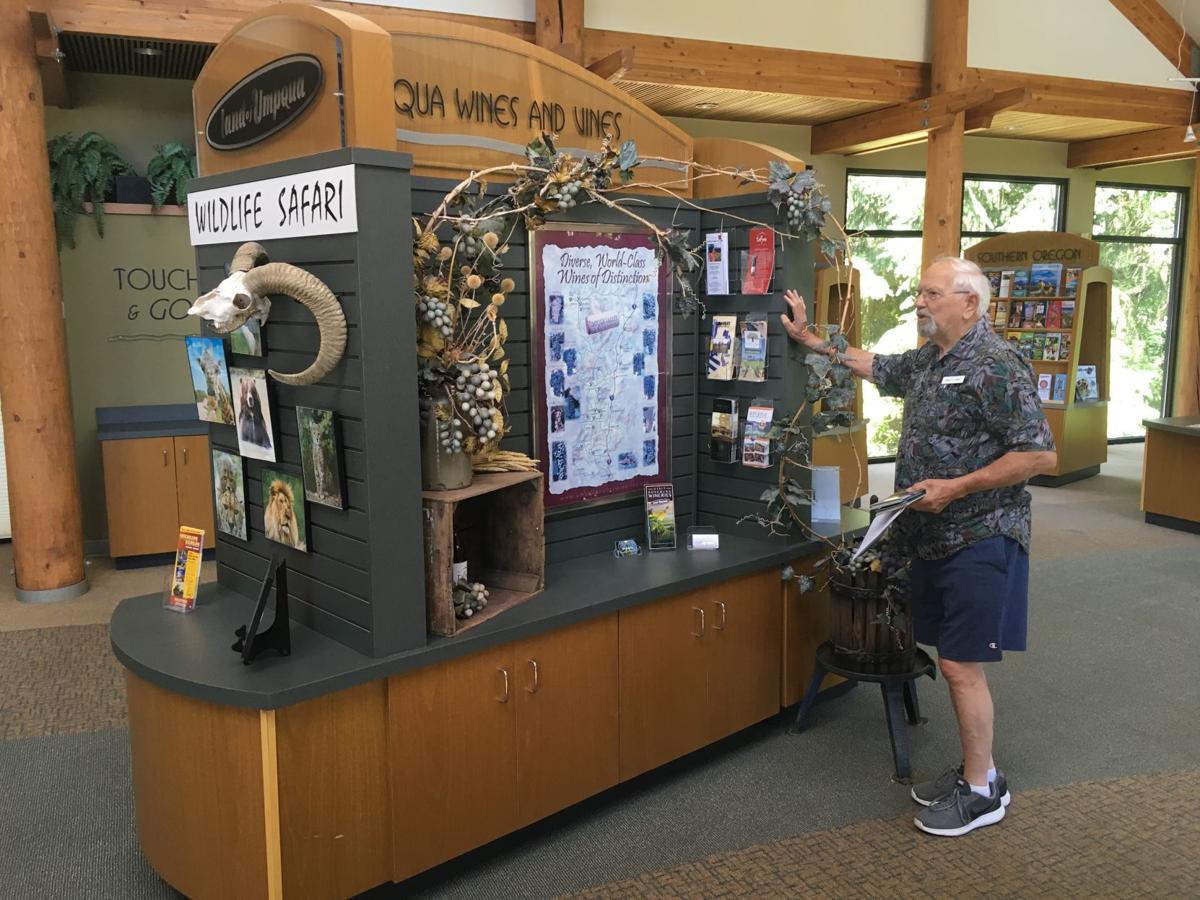 A visitor reads about wine in the Umpqua Valley at the visitor center in Roseburg. 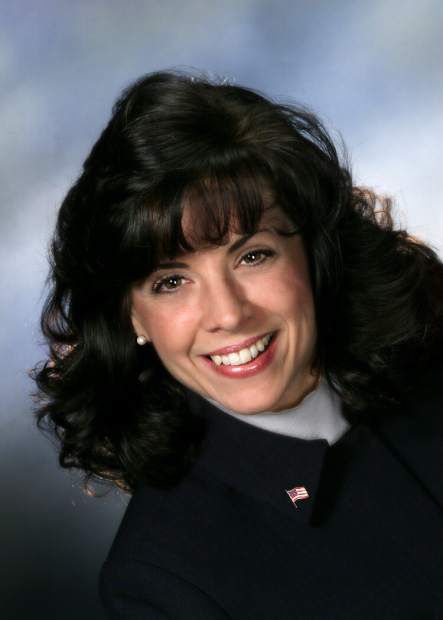 The visitor center in Roseburg is still open, but people who attended the City Council’s meeting on Monday would have thought otherwise after several city officials said the center was closed.

The city decided to end its $600,000 contract geared at tourism promotion with the Roseburg Area Chamber of Commerce earlier this year after councilors raised concerns about the chamber’s performance — councilors questioned whether the chamber was using online and social media to promote tourism effectively.

“The visitor center is NOT closed,” Fromdahl said in an email to City Recorder Amy Sowa.

Fromdahl said she and former City Manager Lance Colley informally agreed that the chamber would continue to operate the visitor center while the city searched for a new contractor because the chamber has an interest in promoting tourism.

“There has been no discussion” between the chamber and the city regarding the visitor center since her conversation with Colley, she said. “Certainly if someone called and asked us what’s going on or if they had driven by or popped in, then they would see somebody on the floor.”

After ending its agreement with the Roseburg Area Chamber of Commerce in February, the Roseb…

She assumed the extent of that agreement was not relayed to city staff or the City Council before Colley retired in April, she said. The city has not found a new city manager yet.

“I’m not quite sure why there was that assumption,” Fromdahl said.

The only change to visitor center operations, Fromdahl said, is that it wouldn’t be open on weekends — two visitor services staff, whose positions were previously funded by the city contract, were laid off in May, when the contract officially expired.

“I was upstairs in the building working on both Saturday and Sunday this past weekend,” Fromdahl wrote in her email. “Since I was alone in the building, the doors were kept locked. It was heartbreaking to hear the doors being rattled.”

When Mayor Larry Rich asked at the meeting Monday what happens when visitors inquire about local activities, nobody brought up the chamber’s continued efforts.

Community Development Director Stuart Cowie said staff will have to evaluate a short-term plan with Anvil Northwest — the new visitor services contractor. Interim City Manager and Public Works Director Nikki Messenger said the city will need to refer visitors to existing online resources until a long-term plan for the center and tourism marketing is created.

Cowie said he was pleased to receive the information.

“The fact that (Fromdahl) is doing it is great,” he said. “We couldn’t be more happy, and definitely pleased and grateful that they’re willing to continue to do that.”

News-Review city reporter Max Egener can be reached by email at megener@nrtoday.com and by phone at 541-957-4217. Or you can follow him on Twitter

Perhaps some thought should be given to being open on weekends and closed two days during the week. Isn't there more visitor potential on weekends?