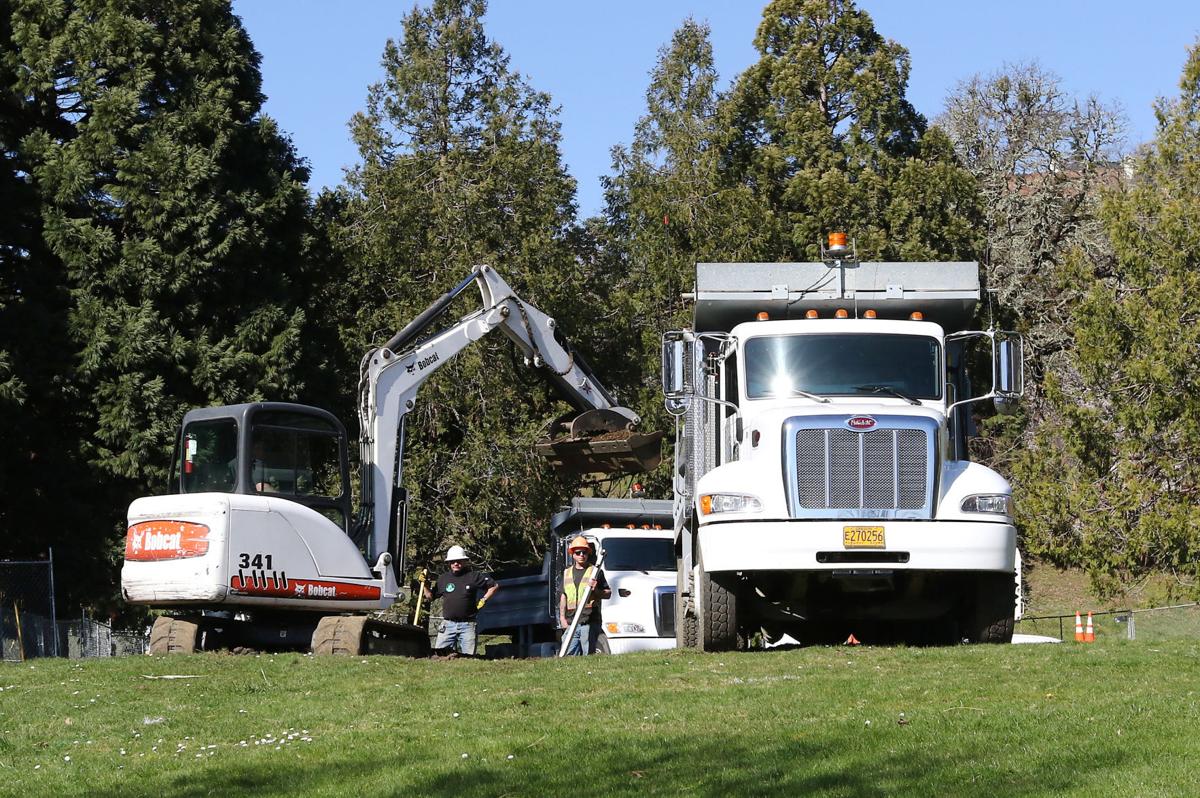 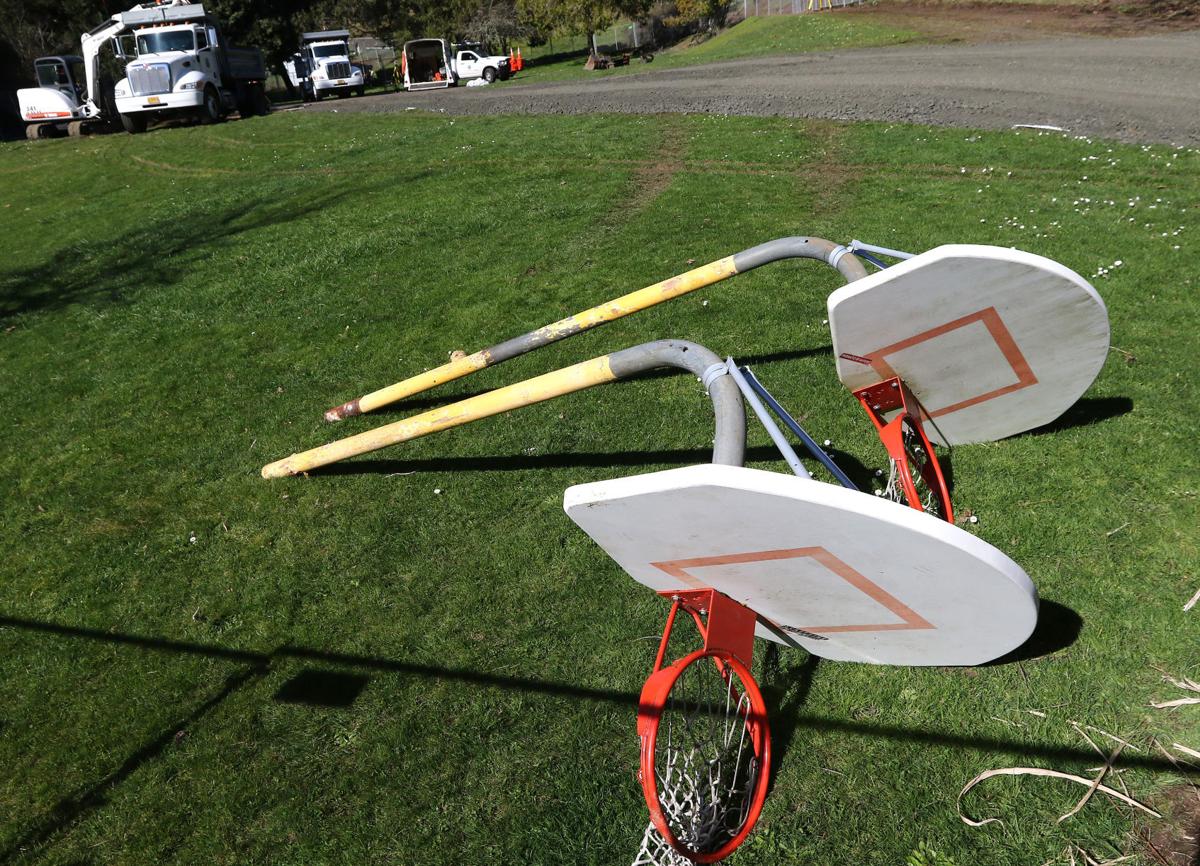 A pair of basketball goals placed away from a an area under renovation at Beulah Park in Roseburg on Tuesday. 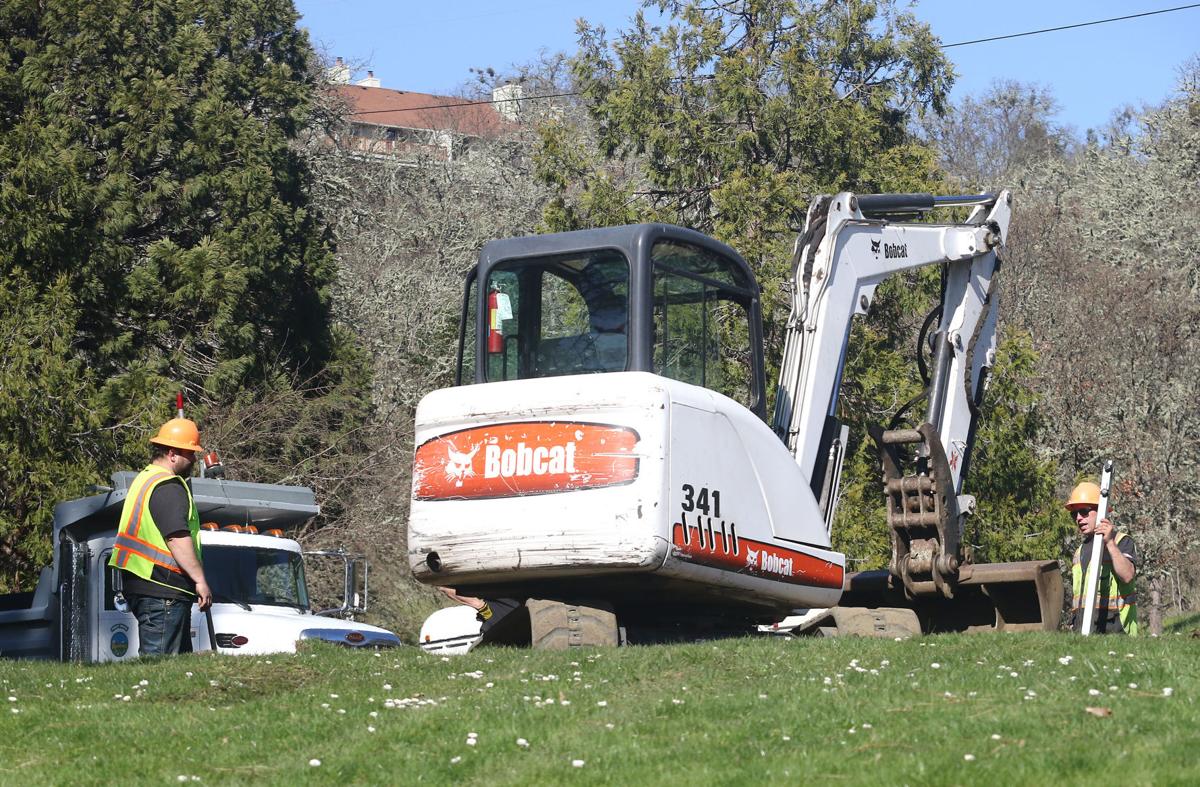 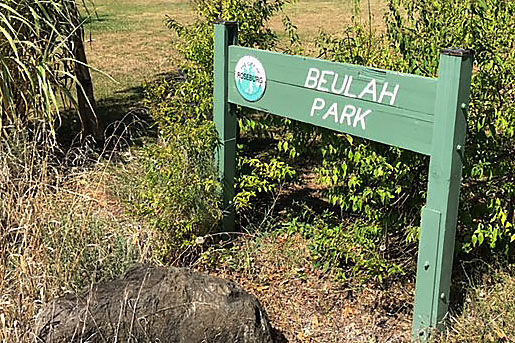 A sign greets visitors to Beulah Park in Roseburg, which officials say could undergo a complete renovation that could be completed by next summer.

A pair of basketball goals placed away from a an area under renovation at Beulah Park in Roseburg on Tuesday.

A sign greets visitors to Beulah Park in Roseburg, which officials say could undergo a complete renovation that could be completed by next summer.

It’s been a bit of a wait, but plans to improve Beulah Park are finally taking shape.

Those plans, which include adding shade trees, picnic tables, swing sets and more, were first announced two years ago as the City of Roseburg applied for a state grant to help pay for it. But the first grant proposal was unsuccessful, then COVID-19 hit, “which essentially put the brakes on the whole project,” said Communications Specialist Eric Johnson.

The city’s second attempt at the grant proved successful, and work began this week at the neighborhood park, tucked in the hills northeast of downtown. The project is scheduled to be completed in July.

The renovation will include several unique features, including a dozen playground items that will be accessible at ground level so children with disabilities can use them. The surface of the playground will consist of padded artificial turf that can accommodate wheelchairs.

Plans also call for an Oodle swing, which is specially designed to hold up to six (oodles of) children. Additionally, a new parking space and sidewalk will be installed to ensure that individuals with disabilities can enjoy the park.

“Beulah Park has been enjoyed by many residents over the past few decades,” Kris Ammerman, parks and recreation program manager for the city, said in a news release. “However, it is time for an upgrade. I am excited to see this project get underway. This is basically going to be a brand new park by the time we are done later this summer.”

Beulah Park covers nearly 7 acres and is located in northwest Roseburg, at 1284 NE Beulah St., between Northeast Lincoln and Northeast Nash streets. The park consists of 2 acres of open grass area and nearly 5 acres of native green space. The park is situated at the top of a hill, and provides views of downtown Roseburg and the surrounding areas.

At nearly 60 years old, Beulah is one of the oldest neighborhood parks in the city.

For Mindy McFerrin, the improvements can’t come soon enough. McFerrin lives near the park and said her disability limits her ability to take her four sons and a niece to other area parks.

Two years ago she wrote a letter of support for the park upgrades, and she has been waiting ever since.

“As a neighborhood we were very hopeful to have an actual park to play in,” she said. “We did sit and watch the older kids play a little basketball, but other than running in the grass, a nerf war, or maybe kicking around a soccer ball, there wasn’t a swing, slide, or other playground equipment for the younger kids to enjoy.”

A park like Beulah is more than just a space for children to burn off some energy, McFerrin said. It can become a community hub.

“I believe having a park within your neighborhood helps create a community feel, a place where neighbors can come together, become familiar with other families, end up as friends, not just neighbors.,” she said. “For me, small neighborhood parks represent a friendly environment with a family feel, provides the opportunity to become a support for each other and creates a sense of community within the neighborhood.”

For more information about the Beulah Park renovation project, please contact the City’s Public Works Department at 541-492-6730 or pwd@cityofroseburg.org.