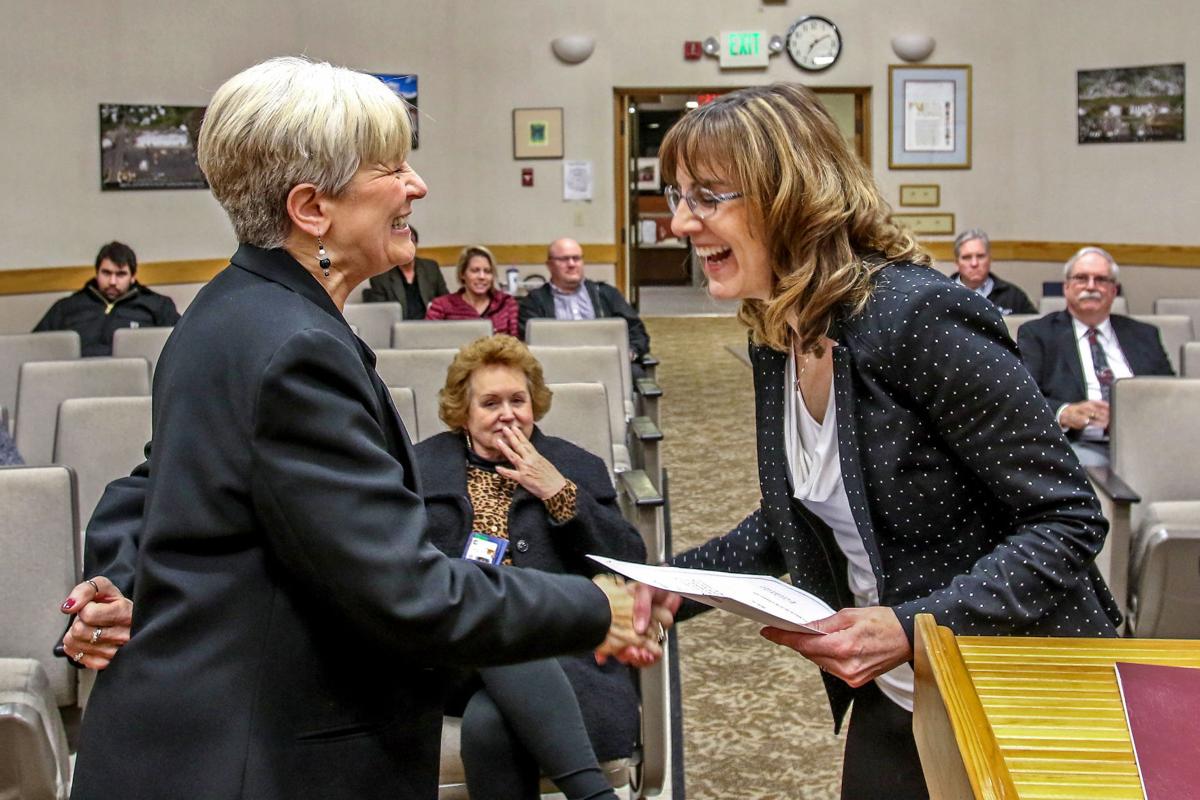 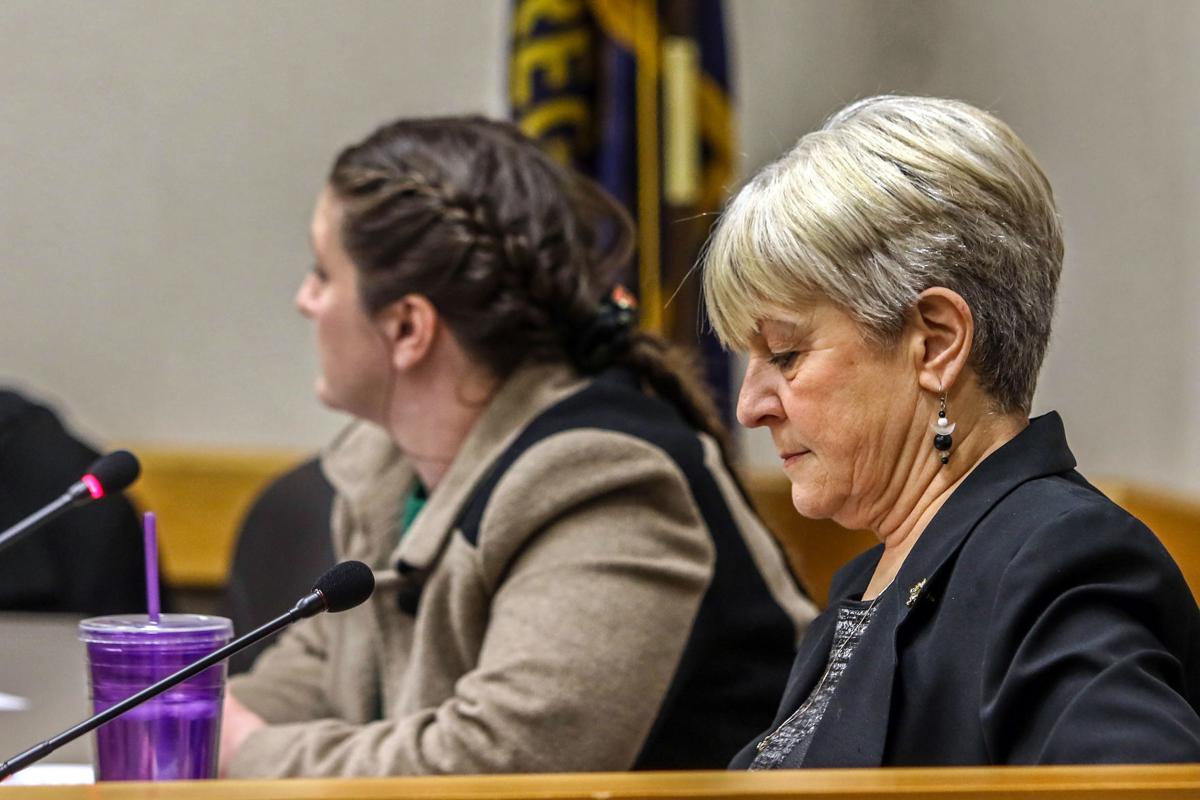 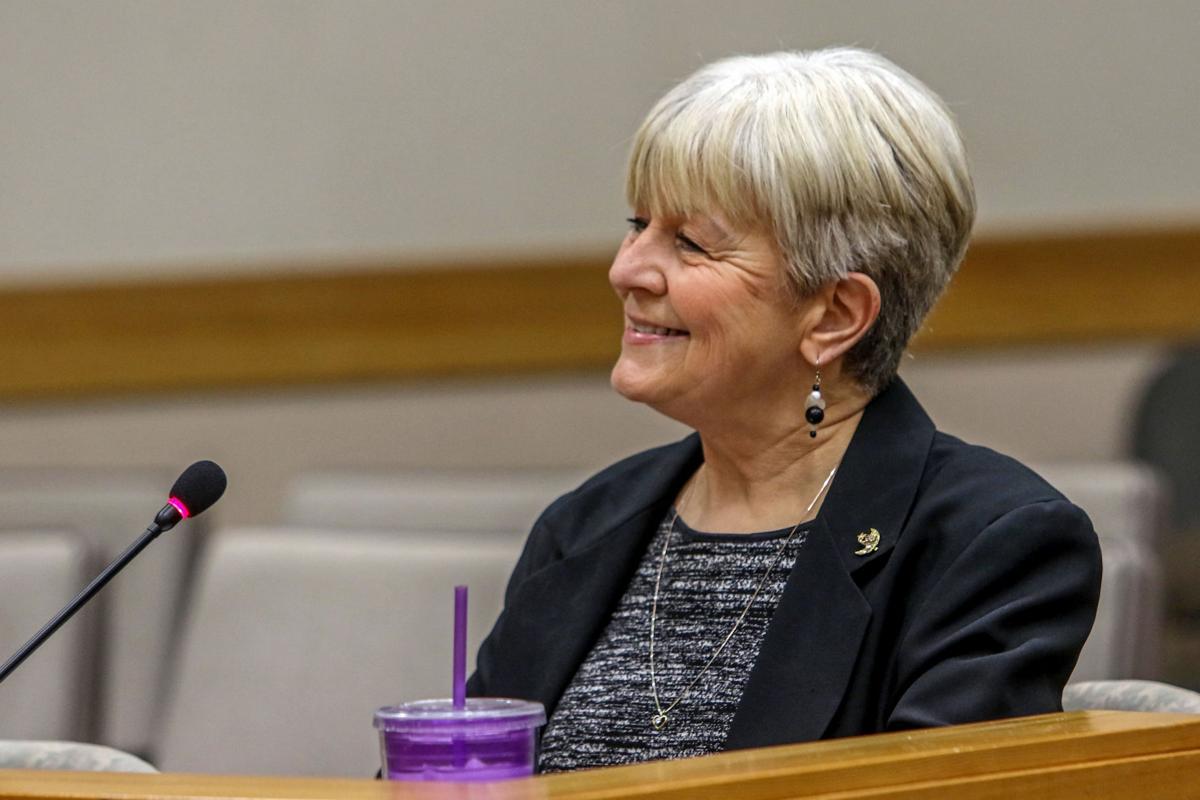 Former Roseburg city recorder Sheila Cox listens to a question during an interview in the City Council chambers in February 2020. Cox tendered her resignation due to a family emergency.

Former Roseburg city recorder Sheila Cox listens to a question during an interview in the City Council chambers in February 2020. Cox tendered her resignation due to a family emergency.

Roseburg City Councilor Sheila Cox, who spent more than 30 years serving the city, first as city recorder and most recently as a member of the council, has tendered her resignation due to a family emergency.

“My grandson was in a near-fatal car accident and left with severe brain injuries and I need to be able to help take care of him,” Cox said in a brief interview Thursday. “I just can’t give the time and effort I need to serve the city. I hate to resign in the middle of a term like this, but my family comes first.”

Cox’s resignation will be immediate once the City Council formally accepts it at its meeting scheduled for Monday night. There will then be a recruitment process to find a successor to Cox, which is expected to close by June 8, said Koree Tate, a management assistant with the city. Interviews have tentatively been scheduled for June 14 to fill the position, Tate said.

Whomever is selected to take over the seat is scheduled to hold it through 2022.

Cox took her first position as a city recorder in 1984 for Othello, Washington, where she had moved from her native state of Missouri to help her mother with a restaurant.

However, Cox decided that the restaurant business was not for her, and she was working for the mayor’s business in an accounting role when the mayor and others encouraged her to take the city’s recorder position, and she signed on.

Being a self-described “country girl,” Cox said city hall, with its ordinances and resolutions, was an unfamiliar environment. A month into the job, Cox felt something that would be familiar to anyone who has taken a new job that was a step up.

“Probably a month after I started, I wondered what I got into,” Cox said in an earlier interview.

The person she replaced told her she should join a professional organization, the International Institute of Municipal Clerks. She attended an organization conference which instilled a sense of pride and determination in her, as well as motivation, she said.

Cox moved to Douglas County and joined the city of Roseburg as city recorder in 1988. In 2001, she became the first municipal clerk in Oregon to earn the Master Municipal Clerk designation, according to the International Institute of Municipal Clerks.

During her tenure as city recorder, Cox also served as interim city manager for two stints — one of them during a challenging time marked by controversy over expired airport hangar leases. The terms of the leases provided for improvements such as hangars to become city property.

Cox worked for the city until her retirement in 2018. At her send-off before the City Council in April of that year, Cox received a bouquet of flowers and got a standing ovation for her service to the city.

“Other than my daughters and four grandchildren, this job has made me more proud than anything in my life,” Cox said at the time.

But the retirement didn’t last. Cox stepped forward in February 2020 to apply for the Ward 2 Position 1 seat that was left vacant by the departure of Tom Ryan, who resigned two months prior after serving on the council for nearly 20 years.

During the interview process before the City Council, Cox said she hadn’t planned on being a public official after her retirement, but when Ryan resigned “that left a void in the city.” Cox realized she lived in the same ward as Ryan and began to think about applying for his seat.

“I decided to step up and give back to the community. City government is the core of the community,“ Cox said. “Being with the city for 30 years, that kind of gets in your system.”

Cox was appointed by the council in February 2020. She ran unopposed in November’s general election and was slated to serve through Dec. 31, 2022.

Mayor Larry Rich, who has held that position since 1998, said Cox was was indispensable as city recorder.

“She’s going to be missed tremendously,” Rich said. “She’s a top-quality person who always worked well with staff, the City Council and the public. She was always there willing to help.”

Sheila's devotion to her position with the City is outstanding. She will be just as outstanding in her new position on the Council. When I asked you years ago what was in store for you in the coming year, little did either of us know just what that would be, and here you are. Congratulations Sheila.

Uhhhhh.. You may want to reread the article...

Yep, you're correct. I did read it as though she was retiring from City Recorder to be on the Council.

Sheila has always been a stand-up person and a great public servant. Sending good wishes for her grandson's recovery process. Love and hugs to Sheila and her entire family during this difficult time.