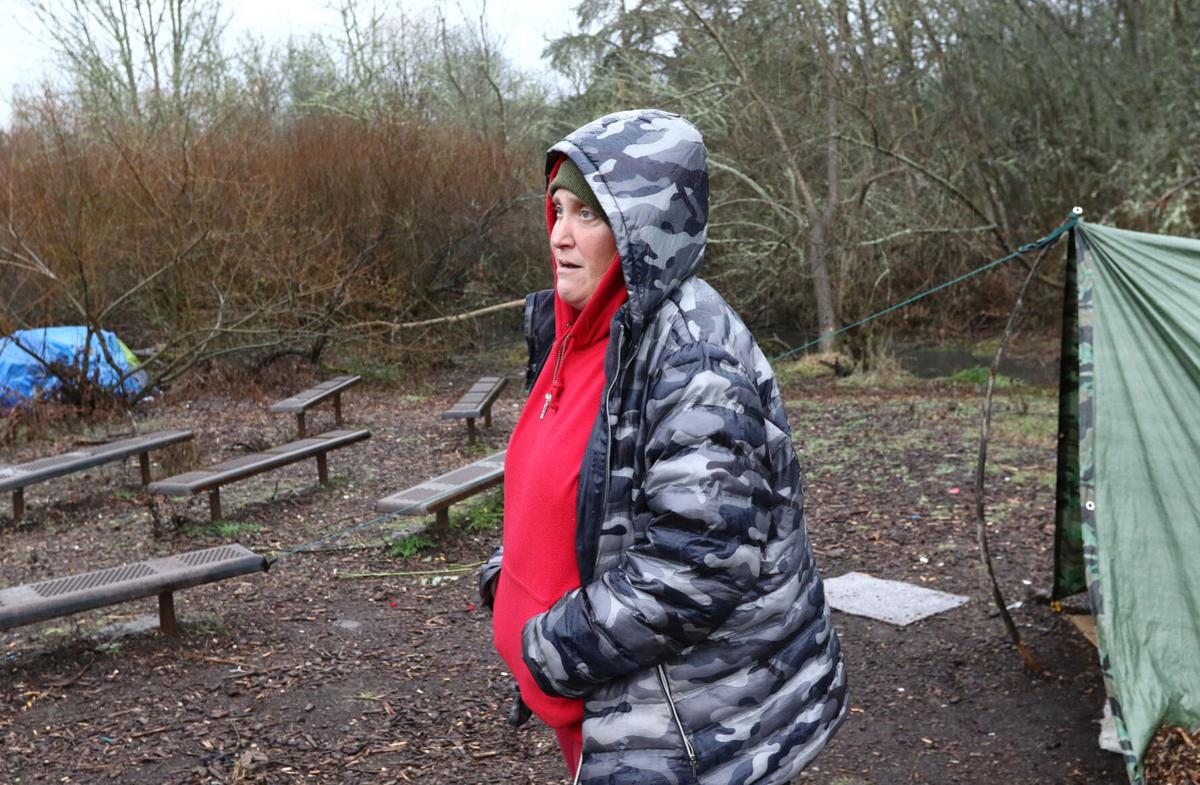 Crystal Avery stands near a tent she erected for shelter in a forested area near the duck pond close to Northwest Garden Valley Boulevard in Roseburg on Wednesday. A homeless man was found deceased in a tent in the area on Dec. 30 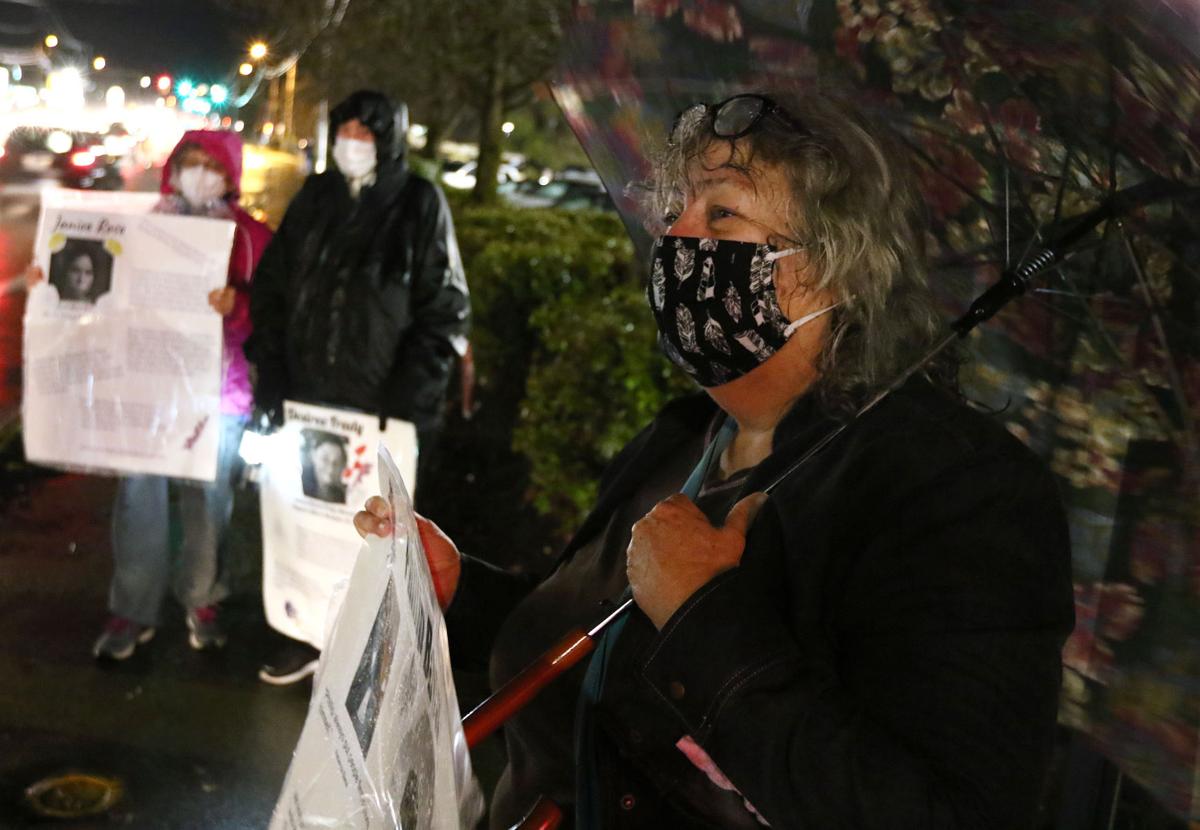 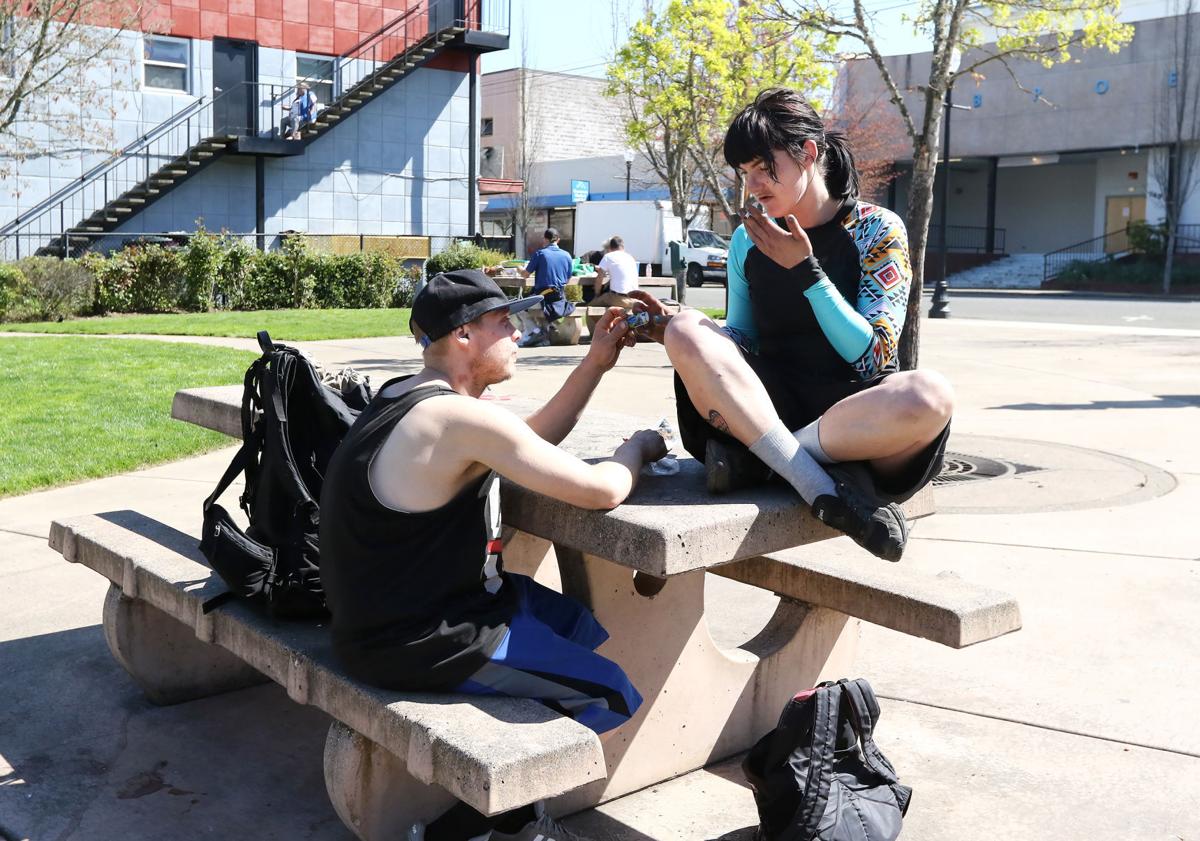 Donald Valdez and Wendy Nash sit at a table at Eagle Park in downtown Roseburg after eating a lunchtime meal provided by the Dream Center in April 2020.

Crystal Avery stands near a tent she erected for shelter in a forested area near the duck pond close to Northwest Garden Valley Boulevard in Roseburg on Wednesday. A homeless man was found deceased in a tent in the area on Dec. 30

Donald Valdez and Wendy Nash sit at a table at Eagle Park in downtown Roseburg after eating a lunchtime meal provided by the Dream Center in April 2020.

Roseburg Mayor Larry Rich delivered his annual State of the City address Monday night, in which he touted recent efforts to deal with the issue of homelessness in the area — while acknowledging there is much work to be done — and praised City Council members and others for continuing to carry on their work despite the coronavirus pandemic.

“Things have looked different this year,” Rich said. “Following state guidance to not move homeless campers has frustrated citizens and law enforcement alike. COVID-related limitations at the jail have led to many more cite-and-release situations for a variety of crimes. Circumstances have taught us that no person or organization is immune from this disease.”

Rich also said “many positive things have happened this year,” including:

“Again, this is just a snapshot of the great work happening every day here in the City of Roseburg,” he said. “And while this year has been many things, challenging, frustrating, and downright scary at times, there is much to be proud of. And, there is a lot to look forward to in 2021. City staff will continue work on the council’s goals in a variety of ways.”

Items to look forward to in 2021 include continuing work on the issue of the unhoused, more efforts to bring affordable housing here, and improvements downtown, including parking.

“Maybe what we are looking forward to most is the return to post-COVID ‘normal,’ a time when we can get back to delivering the services our citizens expect and deserve in person and more efficiently,” Rich said.

One of the most pressing issues facing the city this year is that of the unhoused. The city council spent much of 2020 discussing the matter, including several workshops held over the summer.

On Monday, the council announced the members of the newly created homeless commission:

Rich will be chair of the commission.

Betsy Cunningham, chairman of Housing First Umpqua, said that by closing the selection process, Rich violated city law. Cunningham also said she would have preferred someone who had experienced homelessness and is a homeless advocate to have at least been considered for a position on the commission. Several other residents sent in emails echoing those sentiments.

Rich said he assembled the commission this way because it is new, and the council’s goal of providing housing for the homeless requires specific skill sets among the members.

Cunningham and other advocates worry that this could be a challenging winter for the unhoused, since there currently is no place for them to get out of the cold. The Roseburg Dream Center, which had run a warming center downtown, moved last year and does not plan to open a warming center at its new location.

The council recently changed the ordinance allowing extreme weather shelters, in part so that more programs could be opened. However, no groups have sought permission for such a shelter.

The council also recently approved a program allowing people to sleep in their vehicles in designated places in the city, but no such programs are currently in place and no one has applied to run one.

In the last two weeks alone two unhoused individuals have been found dead.

Approved on first reading changes to the ordinance dealing with people sleeping in public. The changes follow a July, 2020 federal court ruling that Grants Pass had violated people’s rights by excluding them from parks without due process and citing them for sleeping outside. The changes in the Roseburg code are intended to bring the city in line with the federal court decision.

Selected council president Bob Cotterell to retain that position in 2021.

A 2016 News-Review article (below link) titled, "Homeless problems escalating downtown, officials say," published a letter from a member of Roseburg's Economic Development Commission that said, “The merchants, employees and patrons in the downtown area are becoming frustrated and restless.” Mayor Larry Rich responded by saying, " there are more homeless people downtown...That’s what they mean when they say it’s gotten worse.”

And now, 5-years later, Mayor Rich announced today he has appointed a "Commission" to look into addressing this issue. He just keeps kicking that can down the road.