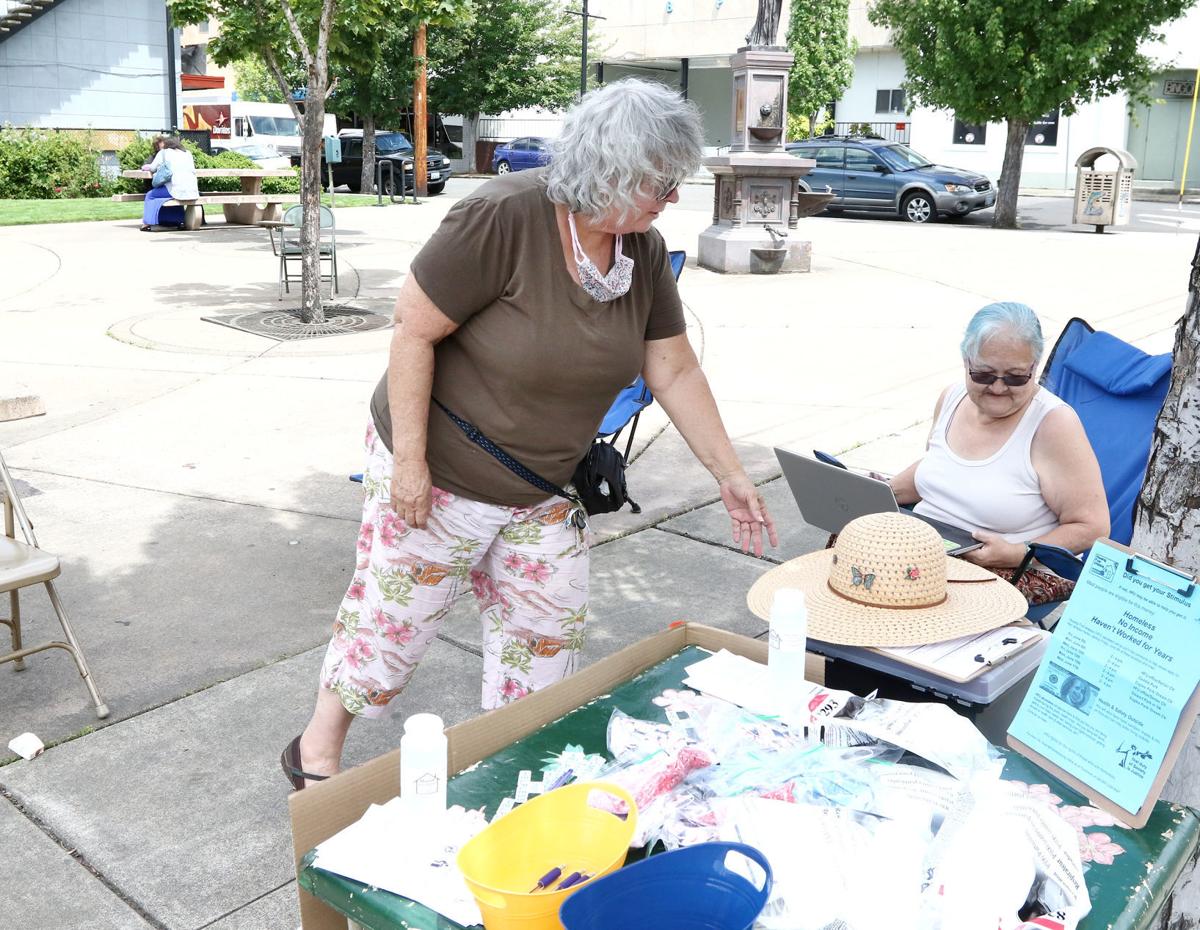 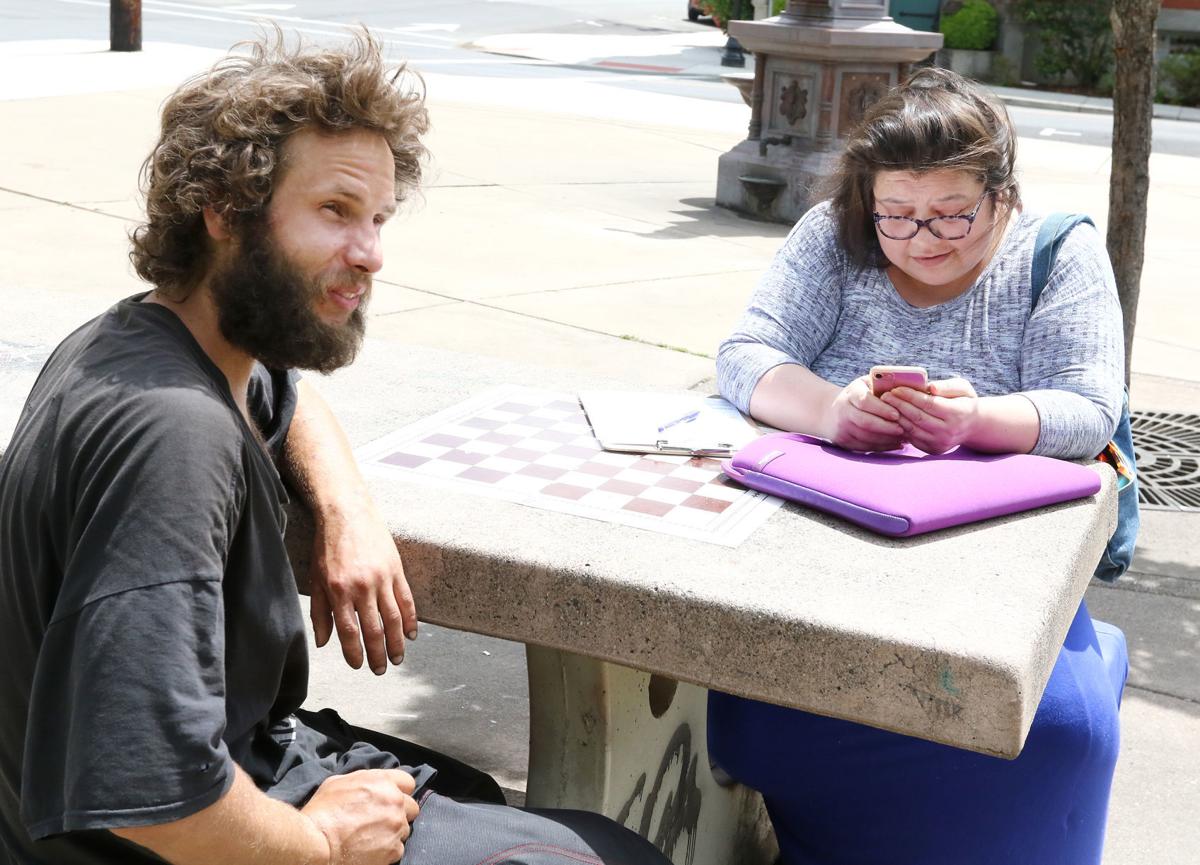 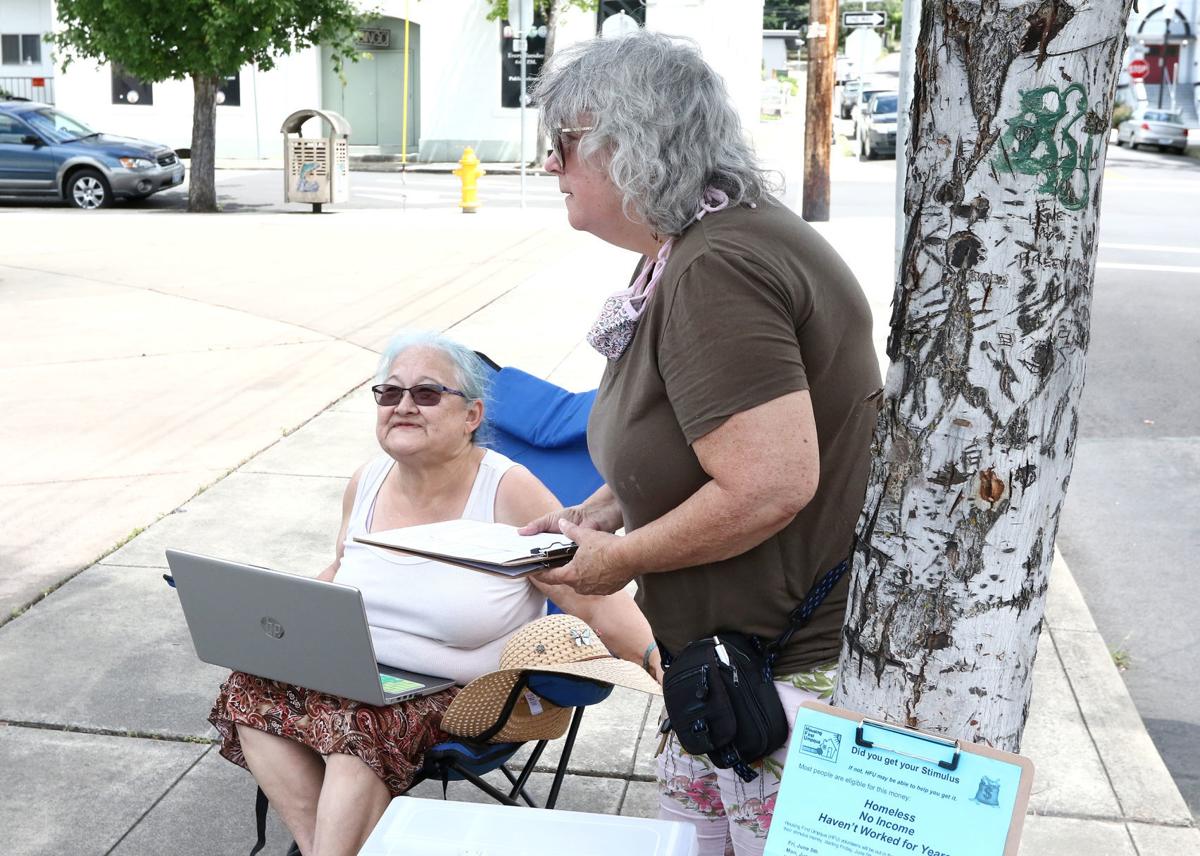 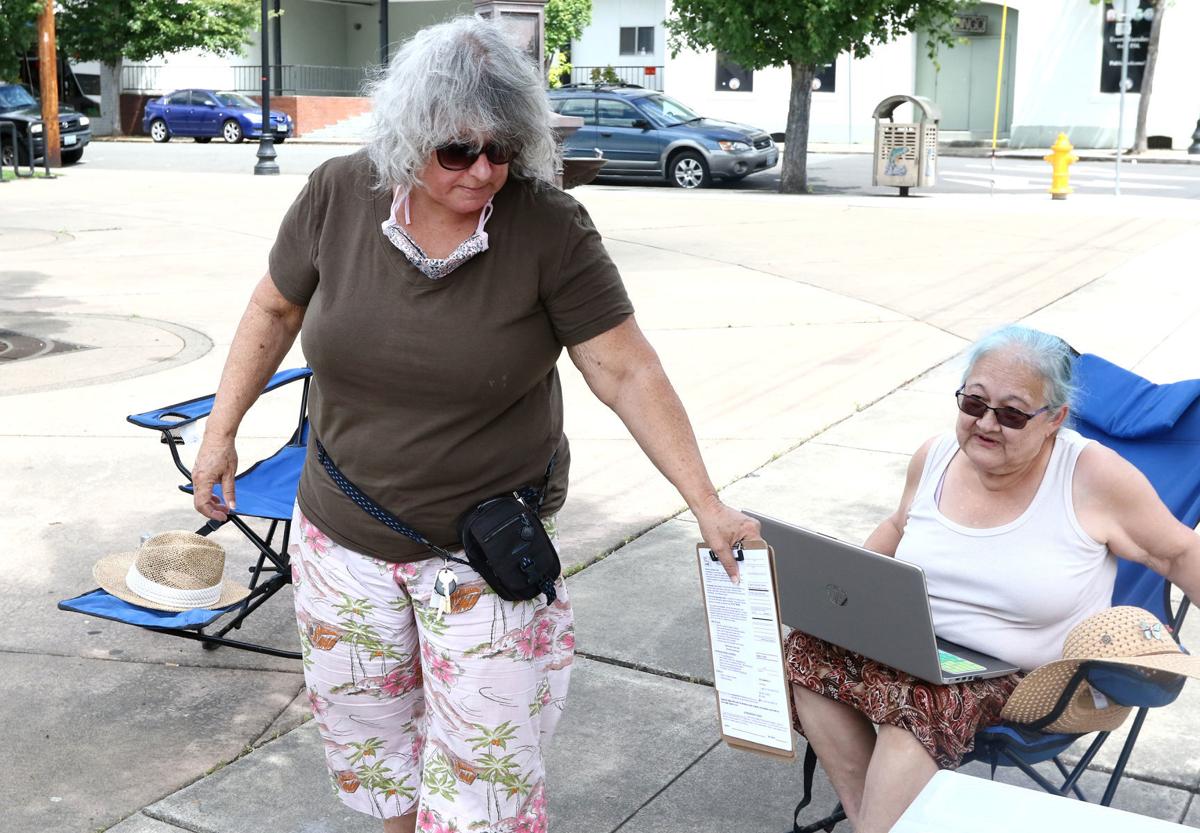 Lamm lives on Kendall Street in Roseburg and is fed up with the homeless encampment that persists where Micelli Park meets the South Umpqua River.

“I routinely watch young and old shoot up their drugs, bathe, have sex, use the riverbanks as a toilet, chop down trees, clear the banks, chisel in steps, dig holes, erode the riverbanks and pollute our South Umpqua River, ” Lamm told the Roseburg City Council on Monday. “I no longer feel safe in my own backyard.”

Lamm is not alone. Roseburg city officials have gotten an earful from residents, business owners, homeless advocates and others as they grapple with the issue. Those city officials, including council members and Roseburg Police Chief Gary Klopfenstein, say they too are frustrated by the number of homeless that gather in and around downtown.

Klopfenstein said his officers are hamstrung by recommendations by Gov. Kate Brown and the federal Center for Disease Control and Prevention, which include not displacing homeless camps.

“We are aware of that encampment, there’s just not much we can do now,” Klopfenstein told the city council Monday. “We’re just in a hard spot.”

The city council has convened a series of at least three meetings, beginning Monday, to address the issue and come up with something — anything — to improve the situation.

The planned meetings follow a series of goal-setting meetings the council held over several weeks last winter. In January, the council approved six goals to focus on for the next two years, and the last goal identified was “Explore strategies to address issues related to unhoused individuals within the community.”

A set of “action items” listed under that goal included identifying the city’s role in the unhoused crisis, supporting a sobering center and working with developers to create affordable housing.

Since then the problems associated with homelessness in the city, especially in the downtown core, were exacerbated by the COVID-19 pandemic. Several factors contributed to that: Business closures meant a lack of places for the homeless to get out of the elements, get fed, use the restroom and clean up; a cutback in social services provided; CDC guidelines that called for leaving encampments alone; and a shortage of jail space, which led to a significant drop in arrests.

For example, Roseburg police arrested 155 people this past April, compared to 256 in April 2019.

“We’re incredibly frustrated and hamstrung by what we’re unable to do,” Klopfenstein told city councilors in April. “It’s a struggle to try to find justice for people and it’s frustrating.”

Those frustrations continue, he told the city council this week.

“We are still following the governer’s orders and CDC recommendations and trying not to displace the unhoused while trying to find a balance of keeping people from setting up in Eagles Park and other places,” Klopfenstein said.

City Councilor Andrea Zielinski does volunteer work and said she often feels helpless in her inability to find provisions and services for people in need. There was the woman living in her car who couldn’t find a place to shower, Zielinski said, and the woman who had no place to live and needed diapers and formula for her baby.

“It’s just so heartbreaking to me,” Zielinski said. “This whole thing has really opened my eyes that there’s a lot of people suffering and we really do need to take action to help people and really find solutions, and make sure that the agencies that are supposed to be helping people are truly helping them.”

Lamm has her own concerns to deal with.

Last month a body was found floating in the South Umpqua River not far from her home, and last week authorities searched the same area for another body that reportedly had been seen in the river. No body was found then, but Lamm said the incidents left her shaken.

She wants answers and action.

“I believe our city government can do better,” she told the council Monday. “Please, would you answer my question as to what progress has been made, what changes can be made, and what improvements can we expect in the future?”

I just noticed a camper blocking the sidewalk on the approach to the freeway over near Lowes. This is the first one I've seen. I'm sure more campers will lineup to impede pedestrian traffic on the sidewalk. Roseburg is becoming more like Portland and Eugene everyday. By doing nothing we're destroying the town of Roseburg. All our city people and police can do is talk about why they can't do something. What is happening goes against public order, which is what the police are suppose to maintain.

Why is it when rich hillbillies in their big diesel white trucks play disc golf and drink a 12pk of pabst, policice dont harass them, but when a homeless person is drinking a24 of hurricane its drinking in public? ITS CALLED DISCRIMINATION!!!!!!

Homelessness has been a growing problem in Douglas County for years, and will probably get worse during the coronavirus pandemic.

JL Lamm describes what public news says is happening all across the USA.

Perhaps the City or County would consider use of or donating a small piece of land for homeless housing similar to Opportunity Village in Eugene, preferably away from the core of downtown Roseburg. If they acted quickly it could be built this summer. The Dream Center also needs to relocate.

There are a tremendous number of volunteers among us. Civic minded groups, various organizations, churches, clubs, and individuals. If Douglas County or the City of Roseburg would be willing to provide a place, volunteers can do the rest, and we will be among them.

We hope both City and County government will accelerate dealing with this issue and work together now toward launching homeless housing with the goal of protecting people who need it most.

I don't understand why Chief Klopfenstein feels hamstrung by mere RECOMMENDATIONS from Gov. Kate Brown and the federal Center for Disease Control and Prevention but ignored the Governor's coronavirus stay-home ORDER. It is my understanding that committing crimes as a homeless person is not a constitutional right.

If law enforcement selectively decides which crimes it is going to enforce and has become uncomfortable with addressing crimes committed by homeless, shouldn't we be talking about whether the current form of law enforcement is really needed? There certainly would be money available to deal with homeless issues if law enforcement was downsized. Then law enforcement could focus on laws they weren't hamstrung with. Many cities nationwide are looking at this exact issue brought about by the recent demonstrations against police brutality.

There are a lot of things you don't understand, yet you continue to write as if you are knowledgeable. You criticize the police, commissioners, governor, news media and whatever happens to be the flavor of the day. Please give this a deep thought. The world is not all doom and gloom. There are some really great people out there making life wonderful, especially in Roseburg.

Thank you for your kind words.