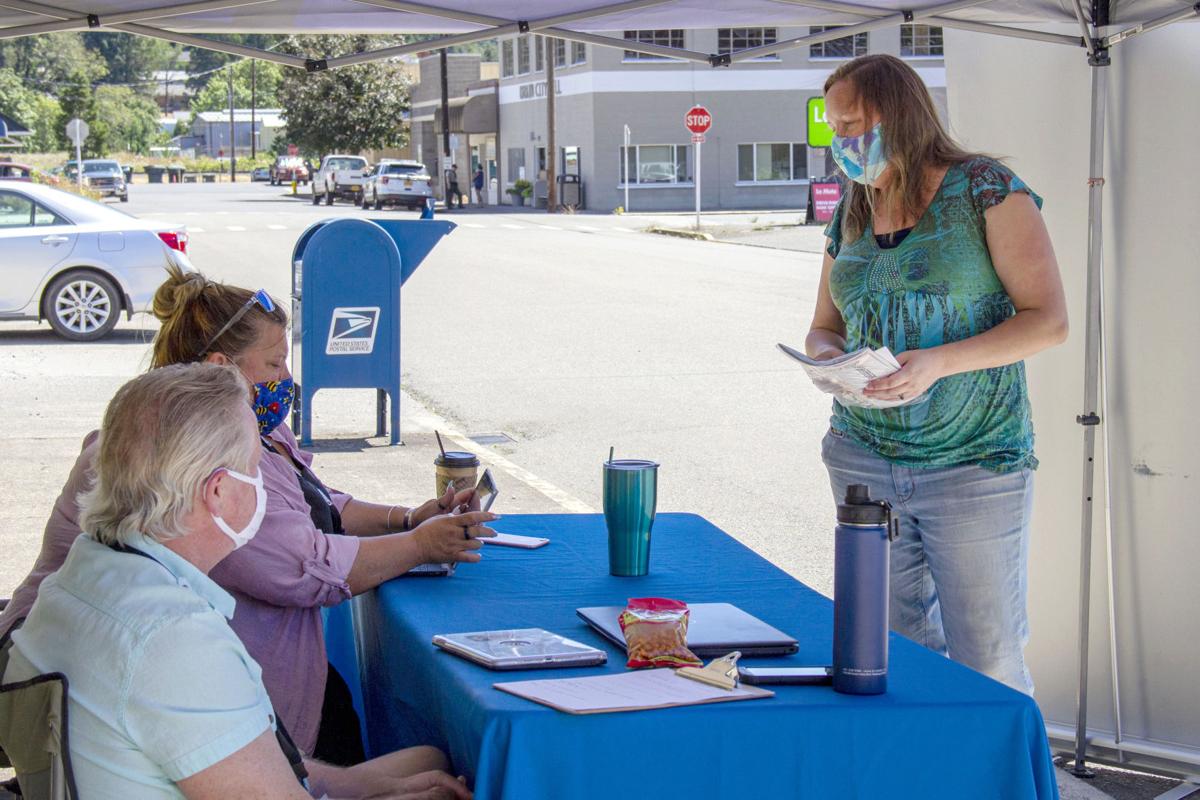 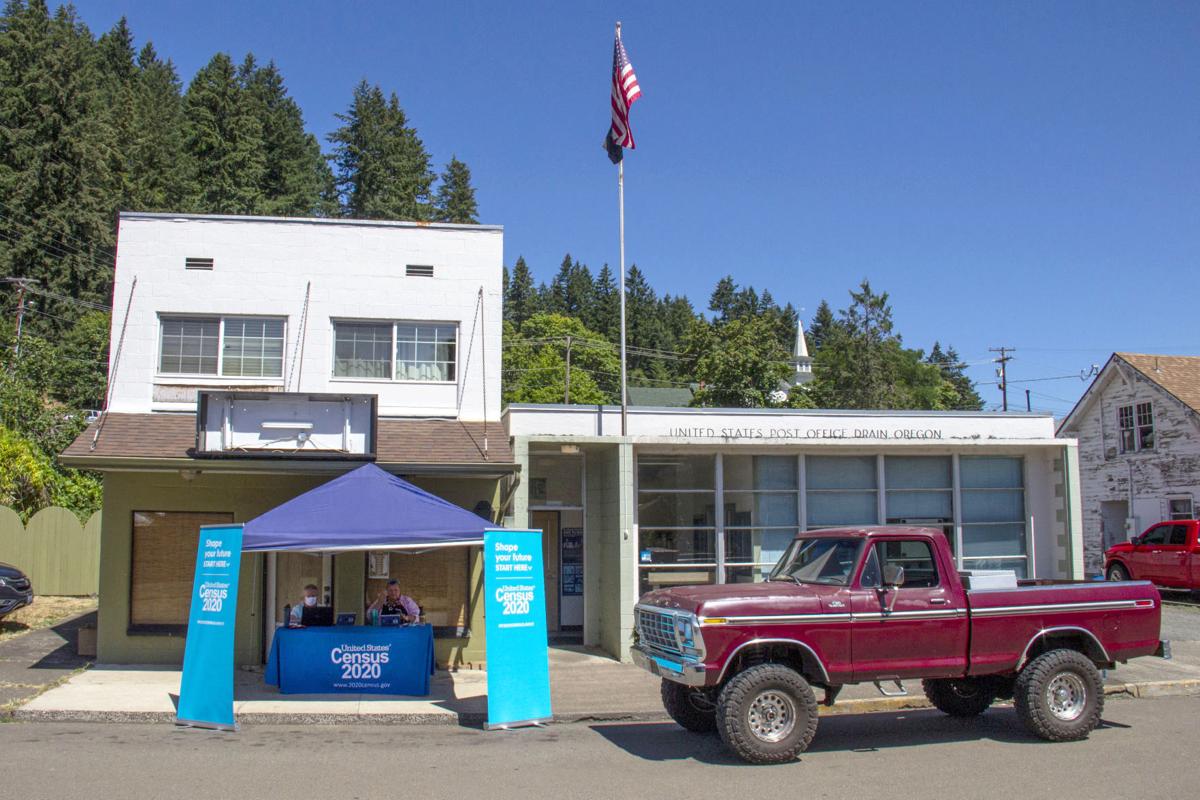 The Census Mobile Questionnaire Assistance center sits outside of the post office in Drain on Tuesday. It aims to increase the response rate in the rural community. 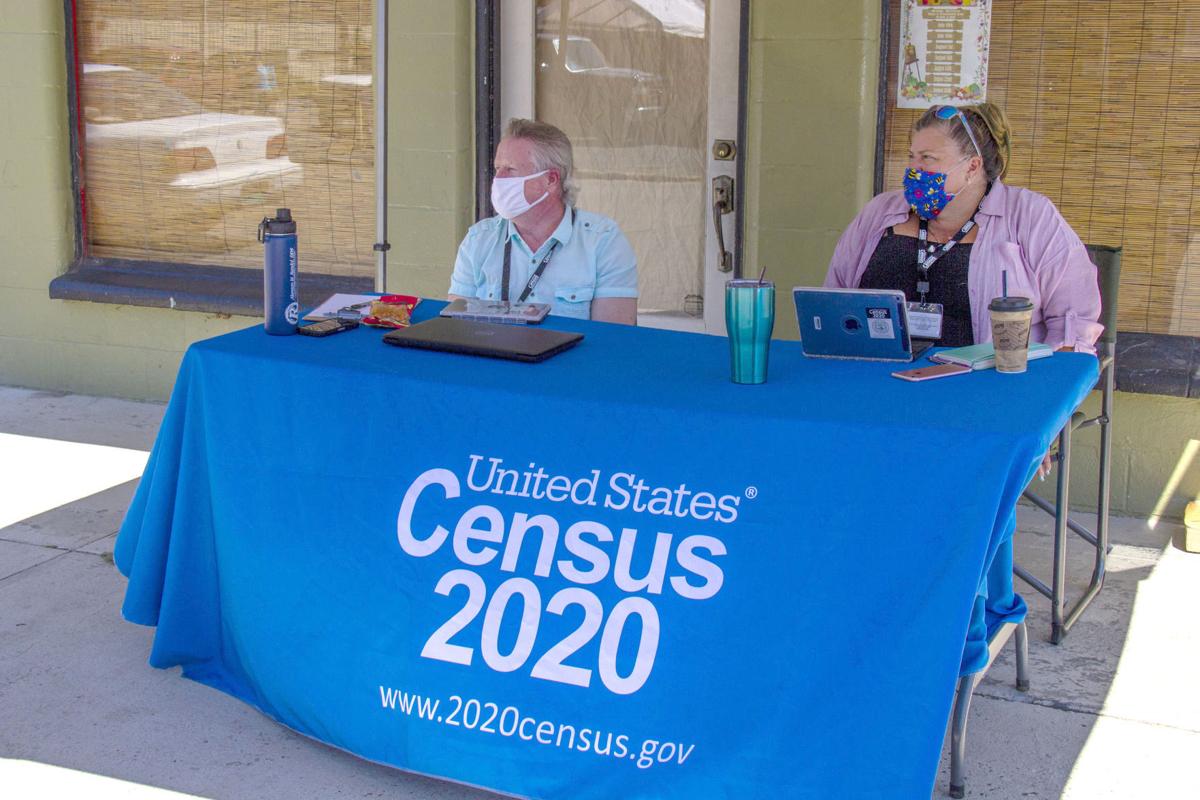 Census workers Douglas Morgan, left, and Julie Doran wait in front of the Drain post office on Tuesday to assist residents who haven’t responded to the census. 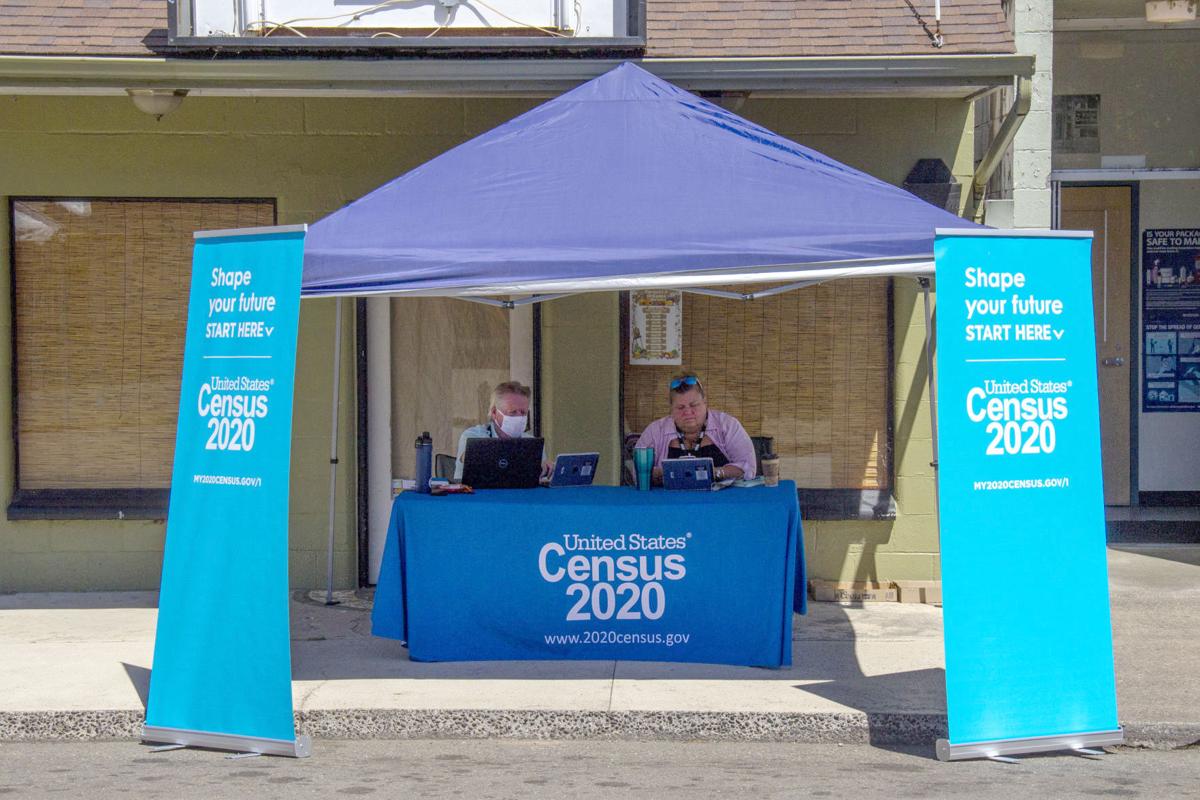 Census workers Douglas Morgan, left, and Julie Doran wait in front of the Drain post office on Tuesday to assist residents who haven’t responded to the 2020 census. 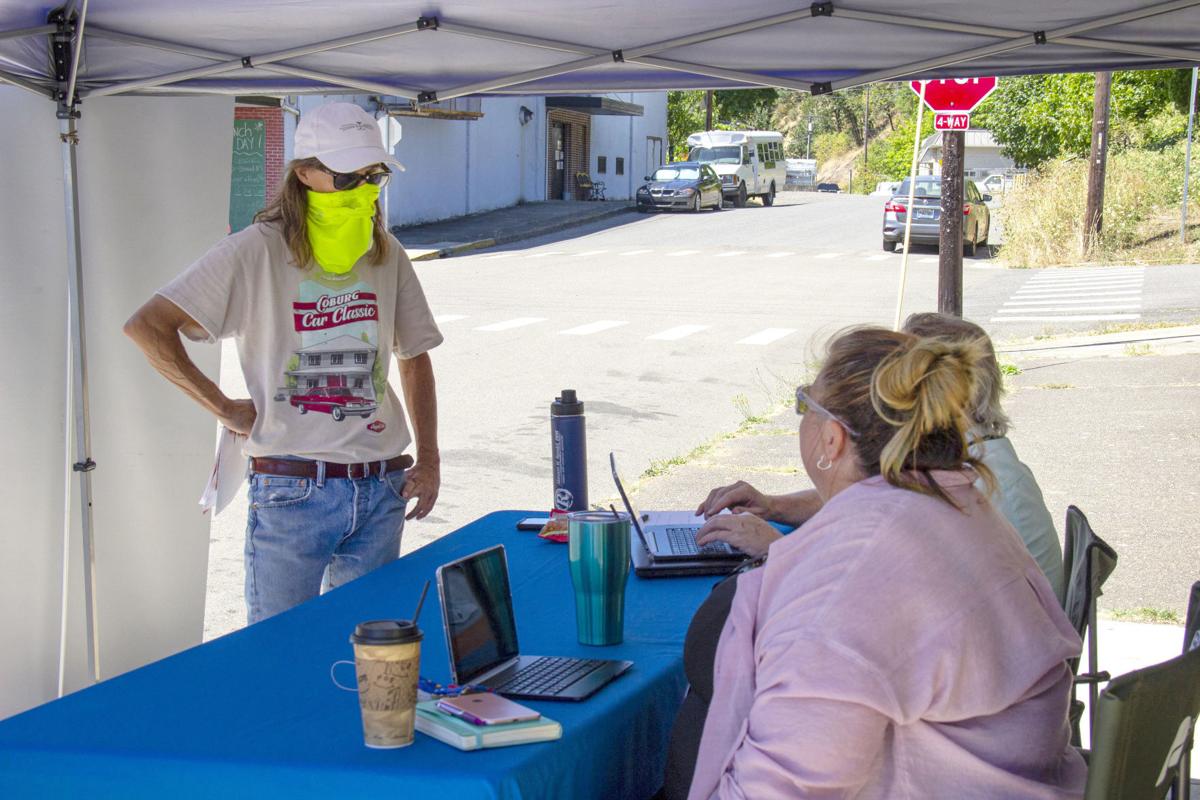 Paige Dickinson asks census workers for clarification on filling out the census, before heading home from the post office in Drain on Tuesday.

The Census Mobile Questionnaire Assistance center sits outside of the post office in Drain on Tuesday. It aims to increase the response rate in the rural community.

Census workers Douglas Morgan, left, and Julie Doran wait in front of the Drain post office on Tuesday to assist residents who haven’t responded to the census.

Census workers Douglas Morgan, left, and Julie Doran wait in front of the Drain post office on Tuesday to assist residents who haven’t responded to the 2020 census.

Paige Dickinson asks census workers for clarification on filling out the census, before heading home from the post office in Drain on Tuesday.

DRAIN — Census workers waited under a bright blue canopy tent outside the Drain post office Tuesday, greeting every person who walked by and asking them if they had filled out the 2020 census.

Drain resident Rebecca Tuttle had come to get her mail, but stayed at the booth to answer questions about her household size, ages, sex and race. Tuttle said she didn’t fill out the census online because she worried about giving information to advertisers.

She said she thinks the census is especially important for measuring representation in Douglas County.

“We really do need an accurate count,” Tuttle said. “It gives you a good view of who lives here, and it’s not just a bunch of white people.”

The census aims to count every person in the United States, and is guaranteed by the Constitution to happen every 10 years. It provides population-based data used to allocate public funding and to determine congressional and legislative districts, and also determines the number of seats per state in the U.S. House of Representatives.

It funds programs like the Supplemental Nutrition Assistance Program, Medicare Part B, education, housing assistance for rural communities and more.

The tent that sat outside the post office Tuesday was a Mobile Questionnaire Assistance site, part of an initiative by the U.S. Census Bureau to reach “Hard-to-Count” areas, like rural Drain, because the response rates are lower than in cities.

As of Aug. 11, Oregon’s self-response rate is 65.8%, meaning around 1.3 million households across the state have already responded online, by phone or by mail. Douglas County, with a 55.6% self-response rate, ranks 19th of 36 counties in Oregon, according to the U.S. Census Bureau. Roseburg ranks 104th of Oregon cities, at 60.7%

Douglas County poses a particular challenge to the U.S. Census Bureau because of its large rural areas. Organizations such as We Count Oregon have initiatives attempting to reach rural Oregonians.

“Too often the priorities of Oregonians living in rural areas are not centered in state legislation,” We Count Oregon’s website reads. “The 2020 Census provides an opportunity for more visibility and a louder voice in congress with the possibility of a 6th congressperson for Oregon.”

Other communities considered “Hard-to-Count,” and therefore underrepresented in government and funding, include LGBTQ+ people, people of color and children under five.

To follow-up on non-responders who don’t stop by a Mobile Questionnaire Assistance site, census takers will knock on doors to get answers. They will be wearing ID badges with a U.S. Department of Commerce watermark, and may carry a bag with the Census Bureau logo. According to the bureau, all census takers will be wearing masks and will follow public health guidelines.

But, they will have less time than expected.

On Aug. 3, the Trump administration announced that field data collection would end by September 30, a month earlier than previously scheduled due to COVID-19 delays. The announcement said with new hirings and increased speed the census will still be completed, but advocates fear the newer deadline will further marginalize “Hard-to-Count” communities.

“We recognize the challenges the Census has faced in data collection through the COVID pandemic. This collection has faced historic obstacles, and at the same time, our state faces a historic need for resources,” they wrote. “Depriving individuals the opportunity to be counted not only undercuts our democracy, but results in the failure to allocate millions of dollars in resources.”

For now, the mobile sites are doing their part to help people fill out the census in time.

Paige Dickinson plans on filling out the census at home, but asked workers some clarifying questions at the tent outside the post office. She said being counted is especially important in rural communities like Drain.

“I think they’re underrepresented, that’s my concern” Dickinson said. “By having those numbers it gives us an idea of how to better represent those areas.”