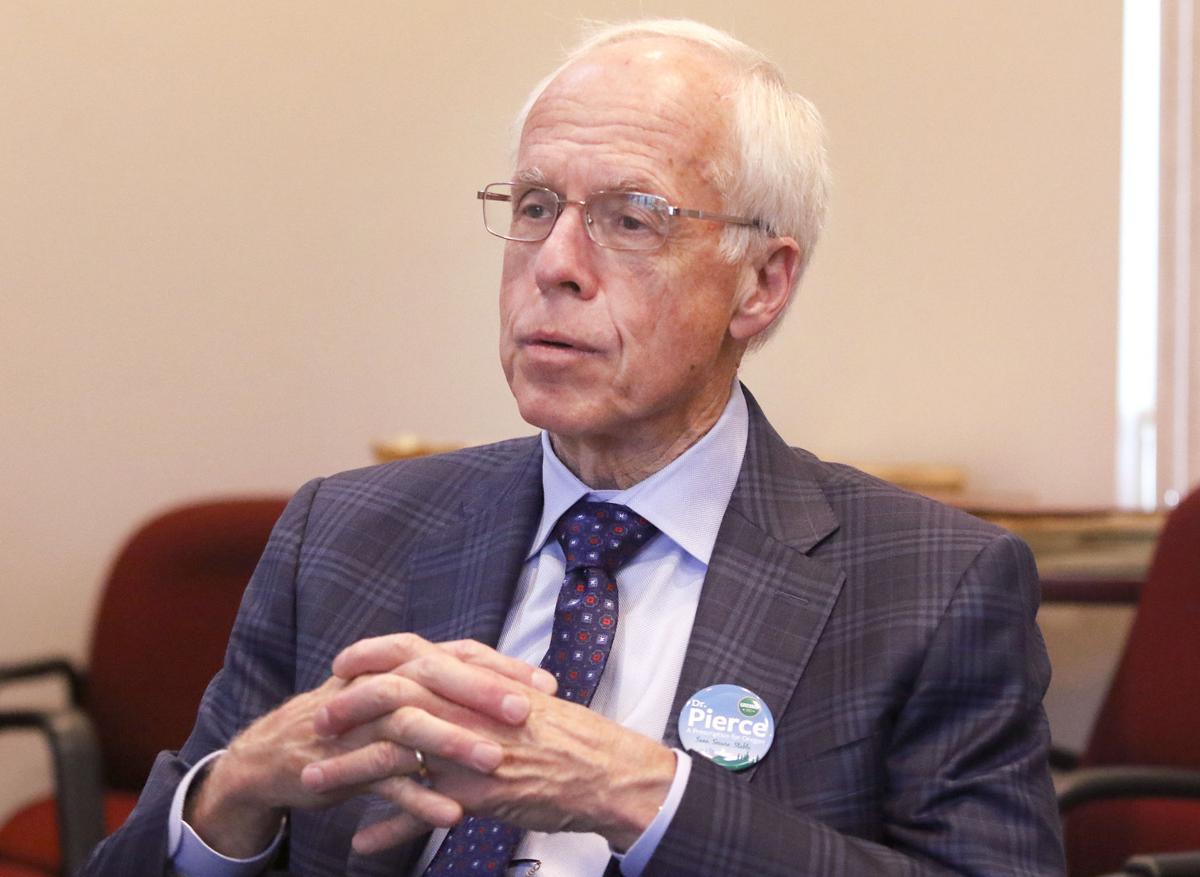 Republican gubernatorial candidate William Pierce is interviewed at The News-Review on Wednesday. 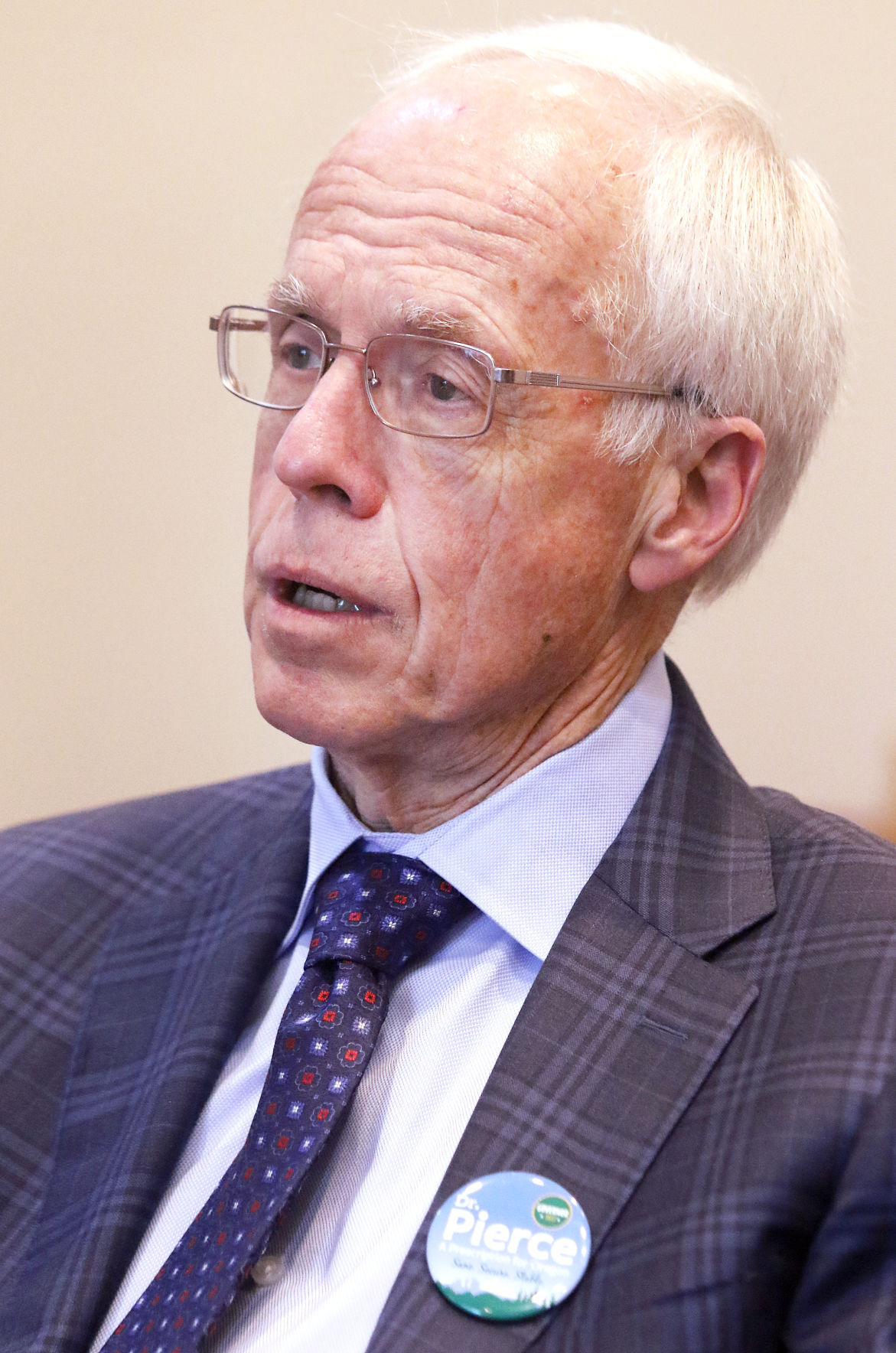 Republican gubernatorial candidate William Pierce speaks with a reporter at The News-Review on Wednesday. 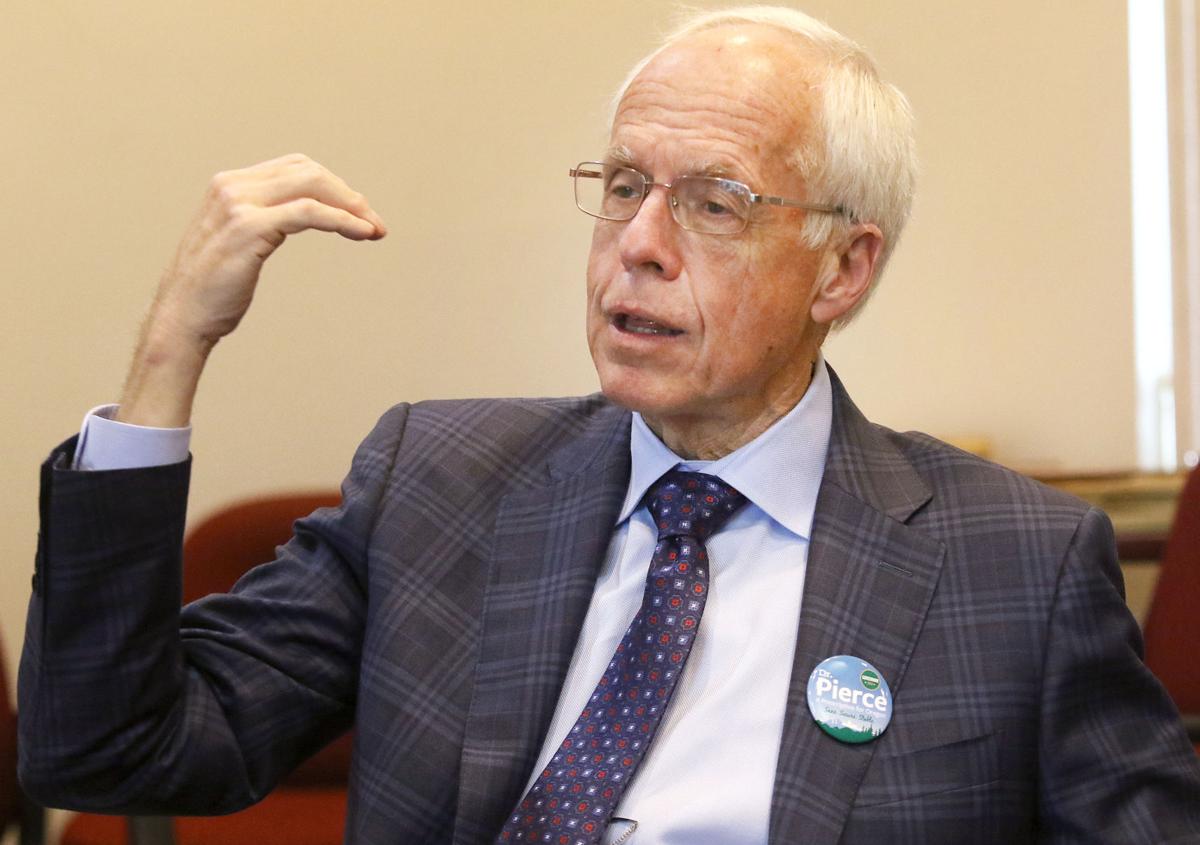 Republican gubernatorial candidate William Pierce discusses his positions on the issues during an interview at The News-Review on Wednesday.

Republican gubernatorial candidate William Pierce is interviewed at The News-Review on Wednesday.

Republican gubernatorial candidate William Pierce speaks with a reporter at The News-Review on Wednesday.

Republican gubernatorial candidate William Pierce discusses his positions on the issues during an interview at The News-Review on Wednesday.

Gubernatorial hopeful Bud Pierce traveled to Roseburg Wednesday to continue his tour of fairs across the state and to snag the perfect corn dog.

Before heading to enjoy fair festivities, he stopped by The News-Review to discuss his second campaign.

Pierce, an oncologist, ran an unsuccessful campaign on the Republican ticket against Gov. Kate Brown in the 2016 gubernatorial race.

But after last year with protests in Portland, the pandemic and growing rates of homelessness across the state, Pierce decided to run again. The government was just so ineffective and lacked unity to get things done, he said.

“I think that I can get things done,” Pierce said. “I can bring people together by focusing on the task at hand.”

Another area that Pierce hopes to pay attention to is providing room for local communities to make choices for themselves.

This was emphasized after Brown’s recent mask mandate. Pierce came forward to denounce the decision saying that more trust needs to be placed in local officials and parents surrounding whether or not to mask up.

“I really want to push a lot of decision-making in society down to the level where people live,” Pierce said. “With information, with support, with accountability and authority.”

For Pierce, this extends into how the state works with local communities surrounding vaccination rates.

“Right now you need to have the governor’s office working with respected leaders in every community to encourage people to get the vaccine,” Pierce said. “And I’d allow local control as much as possible.”

If elected, Pierce hopes to set up offices in places outside of major cities like Portland and Salem for periods of time.

“You got to go out there,” Pierce said. “As a leader, you’re mostly there to motivate.”

Pierce is feeling optimistic as the 2022 election year nears.

“I want to give people the choice for something different,” Pierce said.

Others who have officially announced their bid for the Republican ticket include Stan Pulliam, the mayor of Sandy, and businesswoman Jessica Gomez.

With Brown reaching the end of her final term, the Democratic spot is open.

While no official announcements have been made for the Democratic ticket, potential names include state Attorney General Ellen Rosenblum, Oregon House Speaker Tina Kotek, state Treasurer Tobias Read, as well as New York Times journalist, Nicholas Kristof, who has garnered national attention after mentioning the possibility of running.

Reliance on our local leaders? Our Commissioners ,and Dallas Heard?

Yeah, we already ran that experiment. And the experimental subjects are sickening and dying.

Douglas County looks to have about triple the national rate of new infections.

A higher mortality rate, too, it seems.

The county fair is unlikely to have improved the situation.

Ballotopedia has links to more information about Bud Pierce: https://ballotpedia.org/Bud_Pierce -- His campaign website, or one of them, pulls up an immediate donation box, something that always puts me off but is necessary I suppose: https://budpierce.org -- and he's got a Blog: https://www.budpierce.com