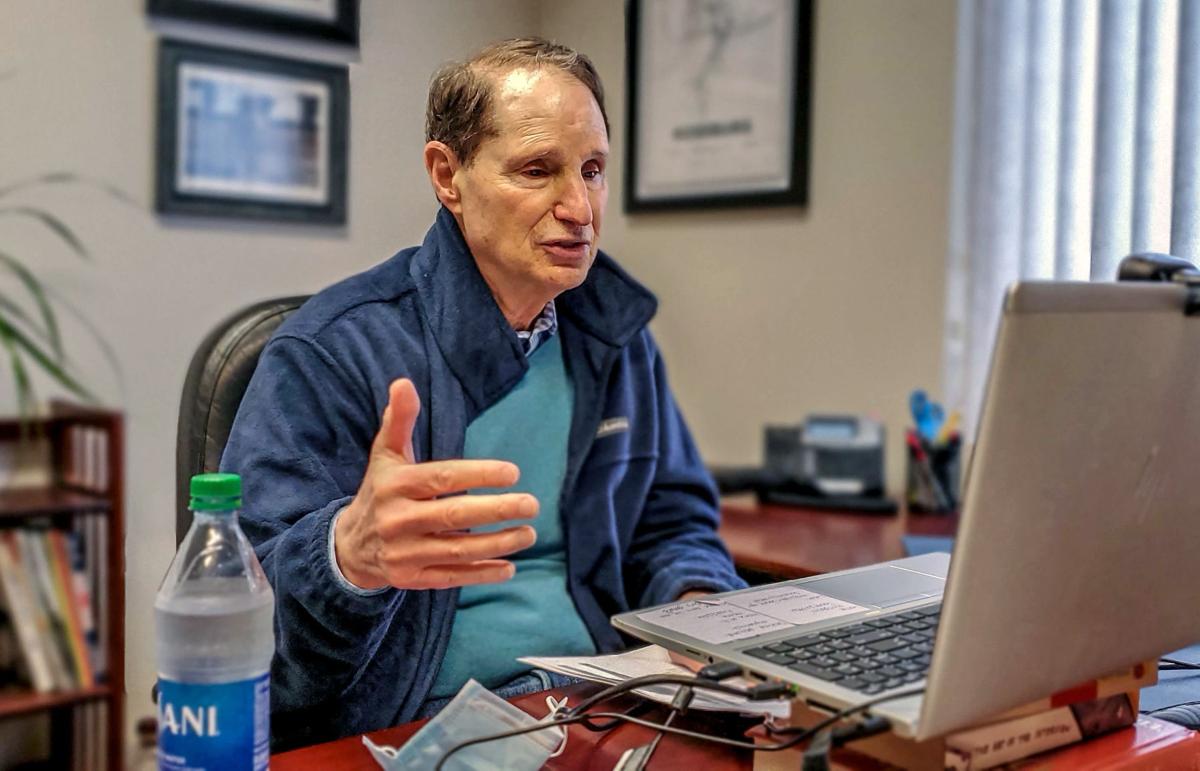 U.S. Sen. Ron Wyden was in the offices of The News-Review to answer questions during a virtual town hall meeting with Douglas County residents on Saturday. 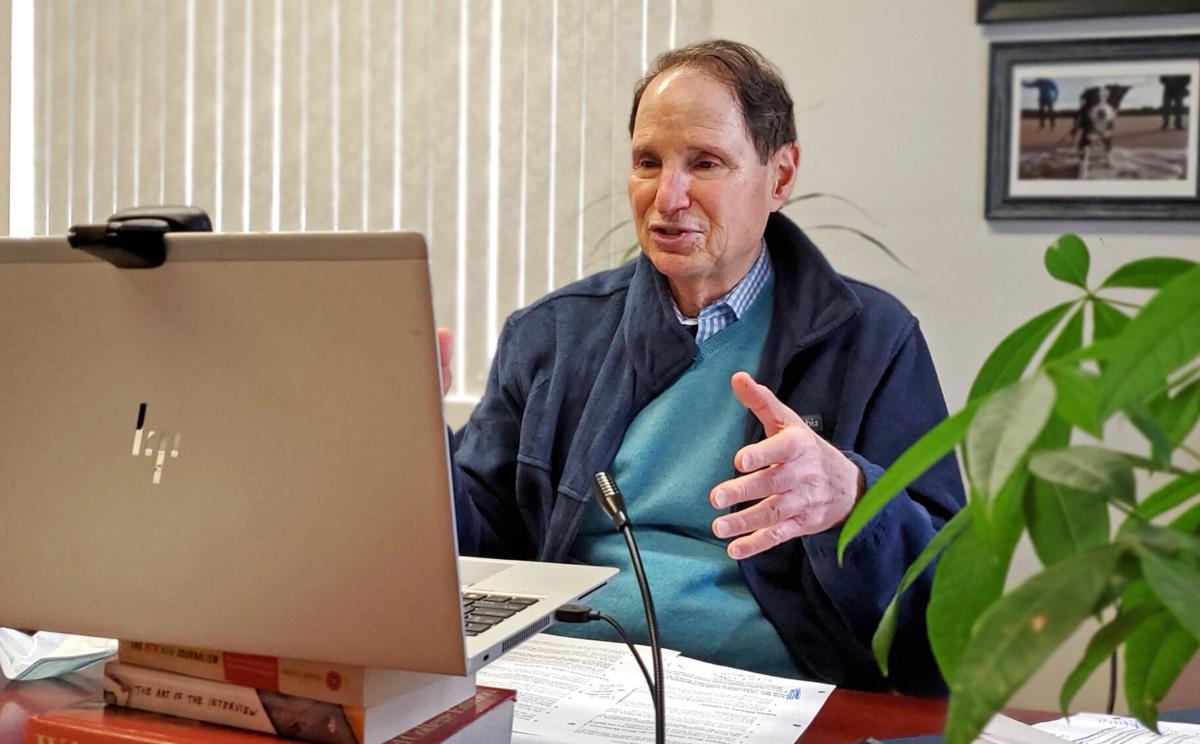 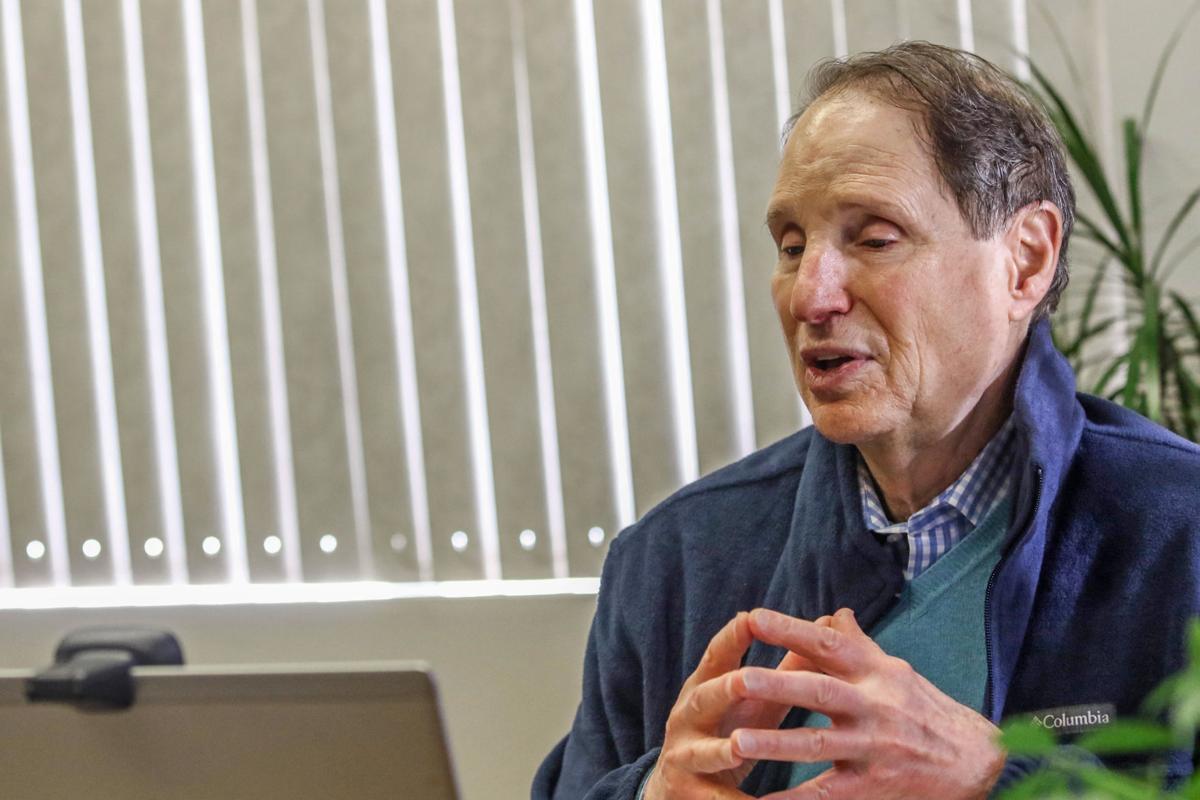 U.S. Sen. Ron Wyden was in the offices of The News-Review to answer questions during a virtual town hall meeting with Douglas County residents on Saturday.

“I just think there’s nothing better than people being able to come out and share their views,” Wyden said at the start of the meeting. “Everybody looks each other in the eye. I call it the Oregon way.”

Wyden said it was his 970th town hall meeting, this particular one hosted on the Facebook site Town Hall Project to address questions from Douglas County residents. Wyden was in The News-Review offices in Roseburg when addressing the citizens of the county.

Joanne Gordon of Days Creek thanked Wyden for introducing Wild and Scenic Rivers legislation but asked if the South Umpqua River could also be included.

“This river has been ignored, neglected, damaged by industrial timber,” she said, adding that the Tiller ranger station of the U.S. National Forest along with local community groups has been working on rehab projects, but would like to get backing from the federal government.

Susan Applegate of Yoncalla also said she’d like to see more attention for the South Umpqua River, but also addressed her work on the Crater Lake wilderness proposal. Applegate asked which agency would be tasked with doing the environmental restoration projects.

“We wanted to kind of practice what I call the Oregon way, which is kind of sensible, kind of flexible — so we provided flexibility to prepare for, and fight, wildfires,” Wyden said. “If you do it that way you’re almost, with the rivers, providing another tool for protecting those river corridors from threats from these fires, these huge infernos. So what we say is that federal land managers, like the folks from the forest service or BLM, would have to put together a wildfire risk reduction plan for all the river corridors.”

Christian Avana of Milo and Betsy Cunningham of Roseburg asked Wyden about his plans to address the housing and homelessness in Roseburg and throughout the county.

“In the emergency package there’s $5 billion to get help for folks to shelter during the pandemic,” Wyden answered. “And to get a roof over their head and we sure saw in Oregon here this last week why that is so important.”

He then went on to address a longer-term solution as well, by bringing up the Decent Affordable Safe Housing for All Act and addressing mental health in the community.

“I have recently proposed something called the CAHOOTS Act, which is modeled after a program in Eugene and Portland where basically you use a mental health approach to some of what we’re seeing on the streets rather than a law enforcement approach,” Wyden said. “There’s a lot of interest among senators, both Democrat and Republican, in this.”

Larry Caldwell of Myrtle Creek asked the senator about his stance on the filibuster. “I’ve been very concerned about the dysfunctional, nonfunctional Senate,” Caldwell said. “As near as I can tell one of the big problems is the filibuster as it’s currently practiced.”

Wyden pointed out that he has filibustered one time in his entire career, but that he believes in the talking filibuster as it used to be practiced.

“What it meant was, you couldn’t just go out there and file a filibuster and then go play golf with a bunch of lobbyists for you know a week or something like that,” Wyden said. “You would have to show up on the floor of the United States Senate.”

Douglas County residents also asked about the Jan. 6 insurrection, the Oregon electrical grid and the U.S. Postal Service. A video of the town hall meeting can be found on https://www.facebook.com/TownHallProject/videos/1149218365533971.

“I so appreciate Douglas County coming out on a Saturday to educate me,” Wyden said in his closing remarks. “Obviously, we’ve got a lot of heavy lifting to do. We talked about health care and forestry and housing and accountability in Congress and I just want everybody to know I really appreciate the input.”