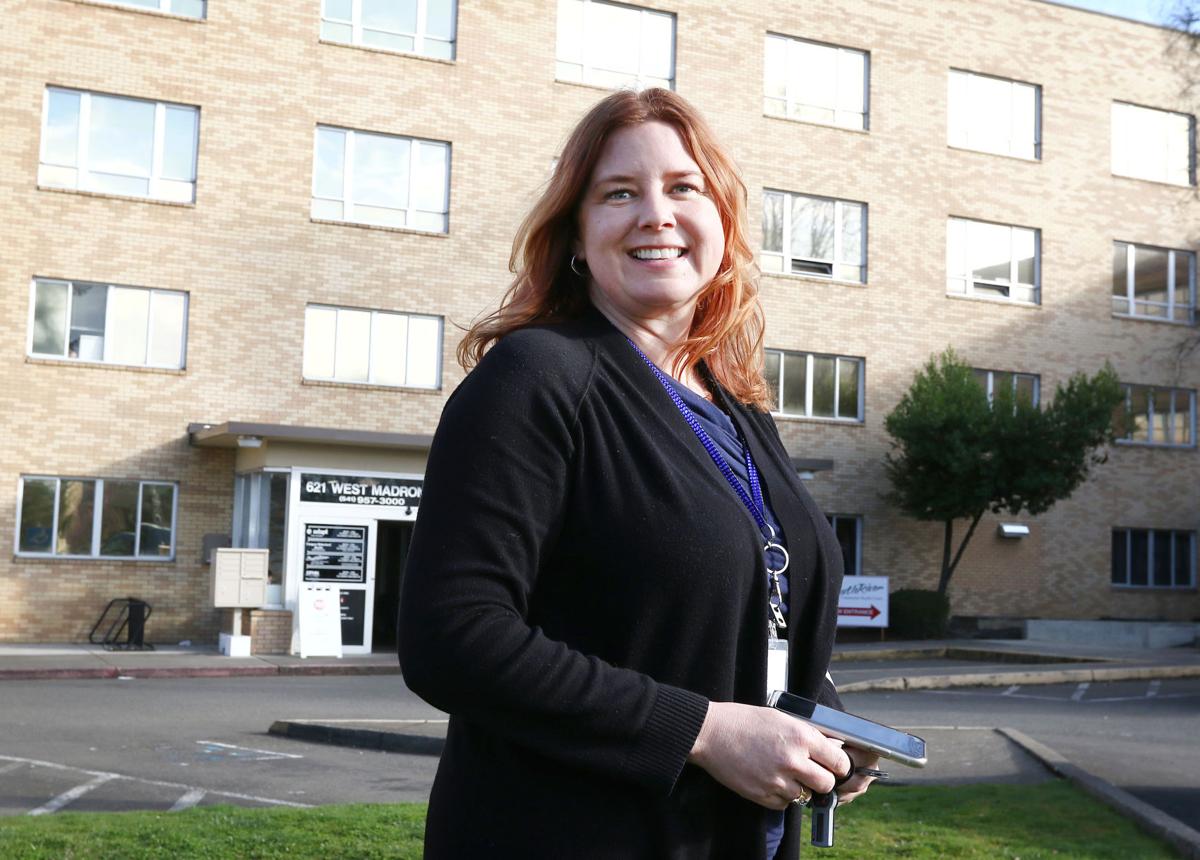 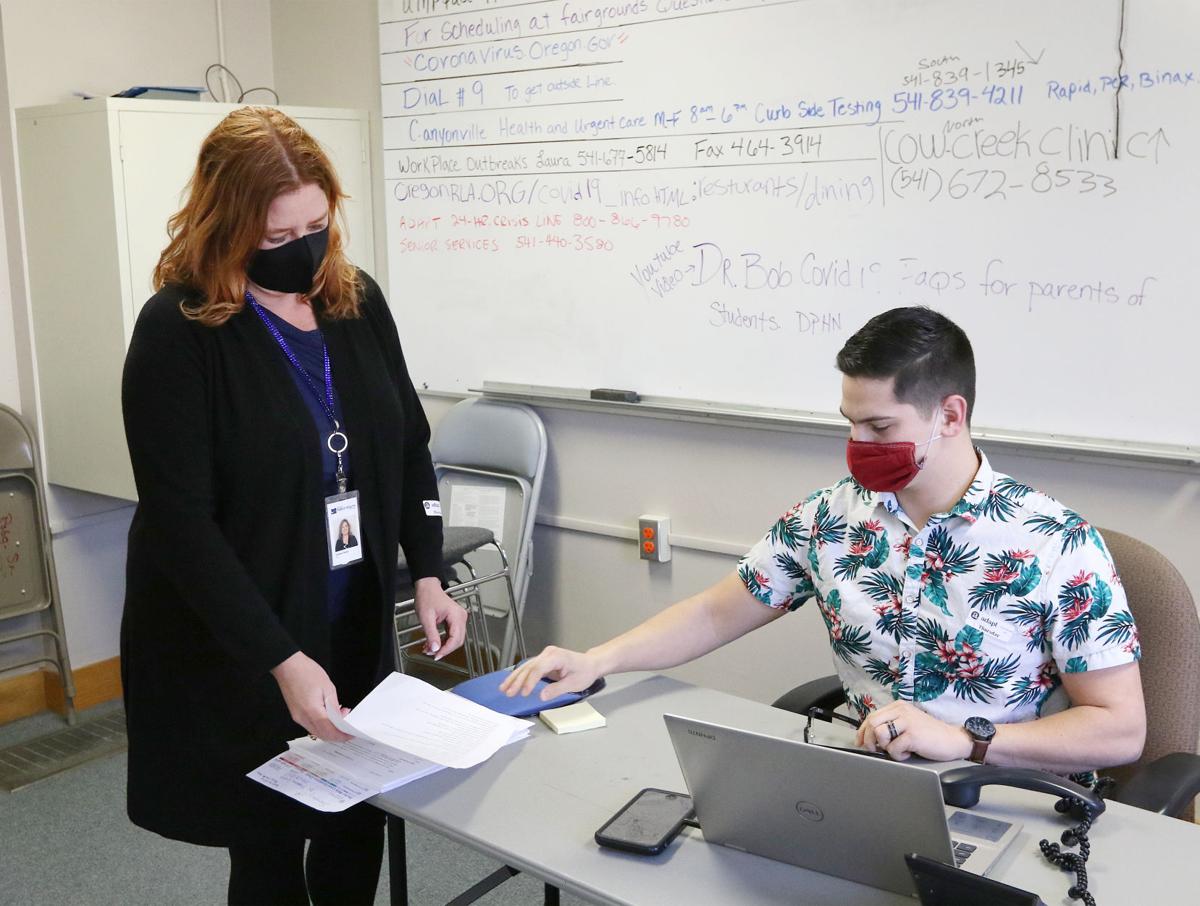 Getting the right puppy food, installing a thermostat, even finding a smaller birdcage.

Tracking the spread of COVID-19 throughout the community in hopes of slowing it down.

Helping people who are sick, and their families, live with COVID-19.

This is what the work of epidemiologists looks like during a pandemic, said Douglas Public Health Network Epidemiology Team Lead Vanessa Becker.

That night, she emailed him to offer her assistance.

“He emailed me the next morning and said, ‘Can you come down to the building right now?’”

She did, and that day she started a new job at the Douglas Public Health Network, the private nonprofit that contracts with the county to provide public health services.

Becker was an obvious choice for the assignment.

She also held a master’s degree in public health from the University of Michigan and had served for seven months in 2012 as interim deputy health administrator for the Douglas County Health Department.

Her team is one of three on a staff that has expanded from six to 30 this year.

Case investigators on each team reach out to patients who have tested positive for COVID-19, give them information and find out what they need and who they’ve been in close contact with while they’ve been contagious. These days, with rapid testing widely available, the people they’re calling often know they have the disease. But in the early days of the pandemic, case investigators usually had the tough job of breaking the news.

“Sometimes people would get upset and cry and some would be angry and frustrated and fearful, so it requires a lot of finesse and an ability to listen but also to be compassionate and provide information that the person needs at that time,” Becker said.

Case investigators also make initial calls to those close contacts, and then contact tracers step in 24 hours later to check in with contacts and see what they need.

Sometimes, case investigators and contact tracers encounter some pushback from people they call. Some are fearful that the county is going to force them to do something.

But that’s not what epi teams do.

“We’re not in a van outside making sure you’re doing everything,” Becker said.

Either way, it involves staying home for a period of time to avoid spreading the disease to others. And that means people sometimes need help to get their needs met during that time.

Some needs are obvious, food for the family for example.

Others have been a bit more unique. Epi teams have had to be adaptable and learn to solve new problems on the fly.

“One of my team members’ cases, the whole family were sick with COVID. All of them tested positive including a couple of little kids and they all had GI symptoms,” she said.

“So mom was at the end of her rope. She’s like, ‘Everybody’s sick in this house.’ She said, ‘I have a puppy that’s I think 4 months old, and this puppy gets GI problems as well if he doesn’t get his puppy food, and I can’t go out to get puppy food,’” she said.

“So we ended up going to Costco to get his special puppy food,” she said.

Another time, a little girl tested positive on her birthday and team members made sure she got a birthday cake.

One family’s thermostat broke the day they tested positive. Fortunately, one of their team members knew how to install a new one. He brought a new one and walked the family through the installation so they’d have heat again.

When the Archie Creek Fire displaced many county residents in September, people began calling the team’s COVID-19 hotline to seek or offer assistance. They adapted to serve that function as well.

One displaced woman in her 80s needed a smaller bird cage so she could transport her bird. The team posted that need.

“Within an hour somebody had found a birdcage and dropped it off, and we went and delivered that to her,” Becker said.

The toughest days for team members have been those days when they lost a patient.

“When we lose a patient to death that’s really rough,” she said.

The second toughest thing to handle has been people who don’t believe COVID-19 is real.

“That’s tough on people, to see the impact of COVID every day and then to read things or hear things from family or friends or community members doubting that it’s impactful,” she said.

Sometimes, those are the same people they later have to call.

“We have seen lots of cases where people said, ‘I don’t think this is a really big deal,’ and then they end up in the hospital and their family members are devastated,” she said.

“That adds an extra layer of grief and loss onto this that I think none of us really expected when we started going into this,” she said.

The people doing this kind of work have to learn some self care skills in order to keep going, she said.

“I personally have horses and that’s been my outlet for many, many years,” she said.

“You’re in this fight in the pandemic on the right side of the fight,” Becker said.

Monday will be the anniversary of the day that Douglas County reported its first COVID-19 case.

Asthma, overweight, live with a frontline worker? You're among the many who just became eligible for a vaccine

went to a convenience store this morning. had to wait for two maskless scum to leave before going in.

Becker is a real asset to our community; all of us should be grateful for the work she and the team do to reduce morbidity and mortality.