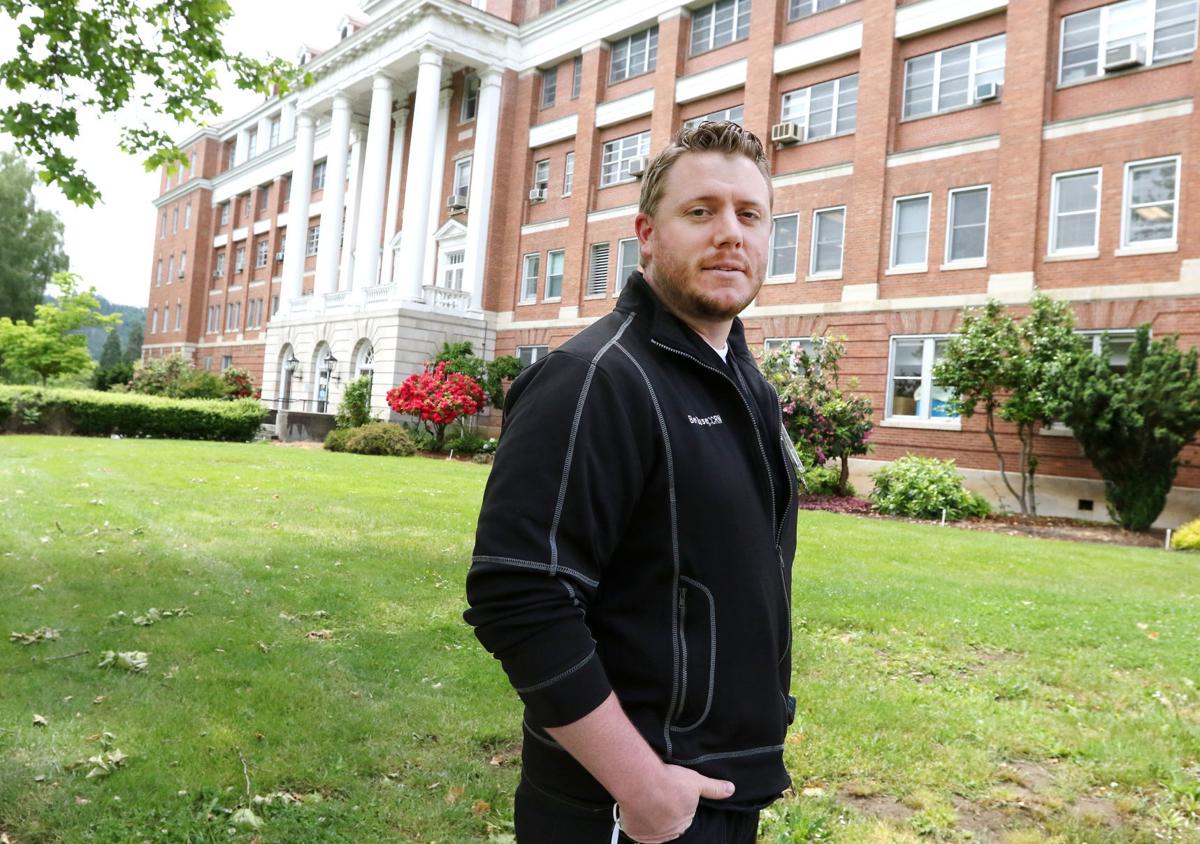 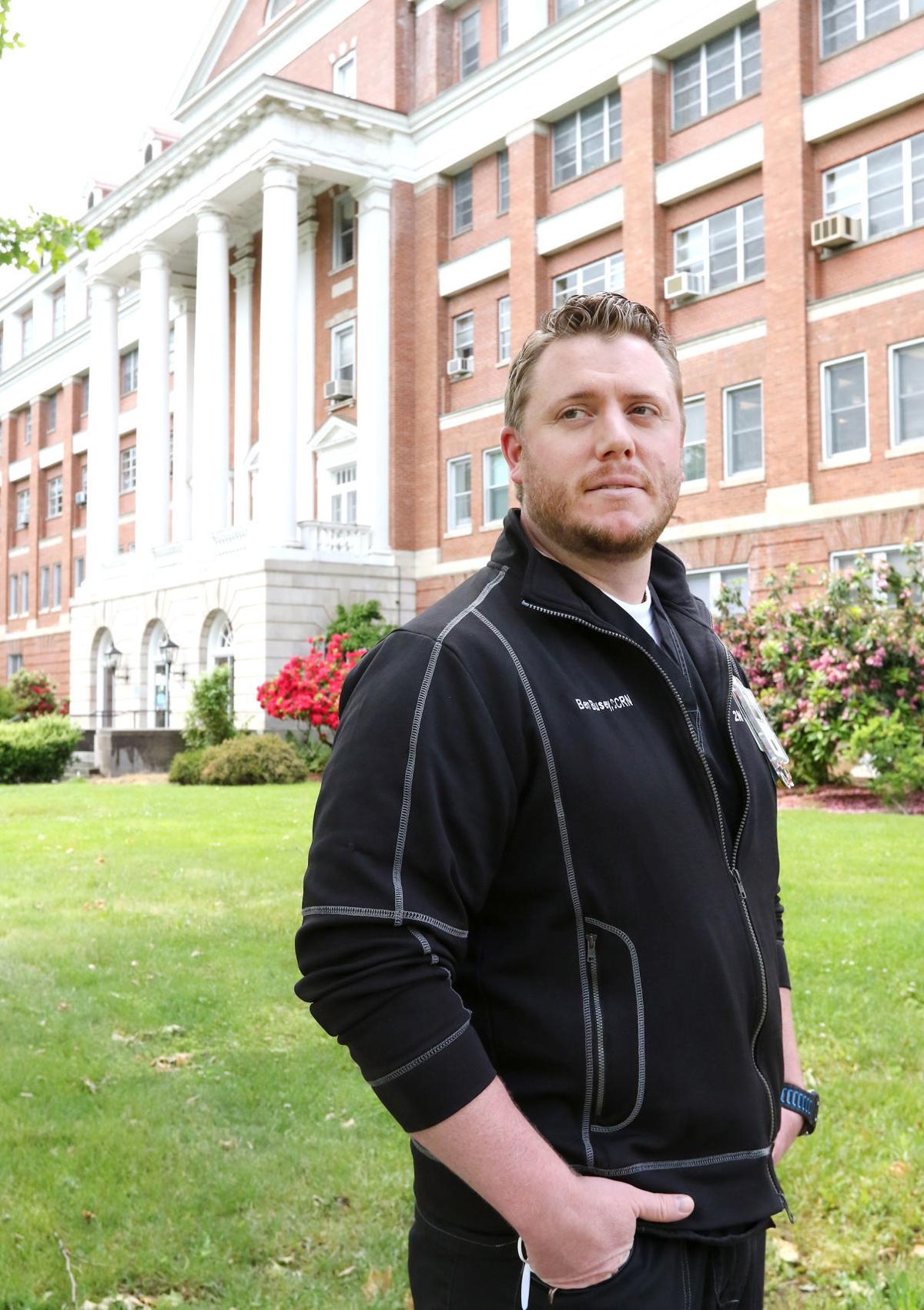 Traveling to a crisis

Before New York City became the nation’s epicenter for COVID-19, New Orleans was one of the hardest-hit cities in the country.

The New Orleans VA Medical Center was in crisis, with many on staff having contracted the deadly disease. The hospital overwhelmed with patients who needed to be intubated to breathe.

It’s the last place most people would have wanted to be.

But to Roseburg VA Medical Center Urgent Care Nurse Manager Ben Busey, it was an opportunity to offer help.

Busey is part of the Disaster Emergency Medical Personnel System, or DEMPS, a VA program that assigns healthcare workers to places suffering the health impacts of crisis events. He’s been with the program for several years and this was by no means his first rodeo. After Hurricane Maria devastated Puerto Rico in 2017, he agreed to assist VA staff down there.

At the beginning of April, Busey was expecting he might be sent to New York. He nearly was. But plans to ship him out to New York Harbor changed suddenly, and he was reassigned to New Orleans.

When he got there, nearly everyone working at the hospital was from somewhere else. The hospital’s regular staff had been decimated by COVID-19, to the point that only one or two of the regular staff members were on the floor at any given time.

New Orleans health officials believe the celebration of Mardi Gras in late February was responsible for a surge of cases there. During the last week in March, the New Orleans Advocate was reporting that Orleans Parish — the county in which New Orleans is located — had the highest per-capita death rate in the country and more total deaths than Manhattan.

Busey spent two weeks at the New Orleans VA, and his description of what he saw there is heartbreaking.

“The first day I walked in there, two people died within the first two hours of me arriving. They had just run out of body bags, the ICU,” he said.

It was sobering to see the patients suffering from the disease, he said.

“Of course these are the sickest patients, the ones that are admitted to ICU. Almost all of them were intubated, and they were having a really rough time just managing those intubated patients because they were so sick and there were so many of them,” he said.

Busey had previously been a critical care nurse, working in the Roseburg VA’s emergency department until it converted to an urgent care last year, and he had experience working with lots of patients with acute respiratory distress syndrome, in which the patient’s lungs fail.

The patients were much weaker, he said. And the illness affected their minds, so even when they weren’t being sedated, they had difficulty following commands. Many were unable to come off a ventilator that did their breathing for them.

The highly contagious nature of the disease also made it more difficult to manage. Busey said one of the hardest things was not having family members visiting patients at the hospitals.

The hardest point for him was knowing that if the overall situation was different, if it wasn’t occurring as part of an outbreak, patients in similar respiratory distress might have had much better outcomes.

Normally, patients can be put on an extracorporeal membrane oxygenation, or ECMO, machine that does the breathing for them.

“But when you have an enormous surplus of patients, that’s not possible and so those patients pass away instead of having that extra help to survive,” he said.

That said, the survival rate did improve a bit by the end of his stay, and when a patient survived it felt amazing, he said.

Busey stayed in New Orleans for two weeks, and served on the night shift the entire time. He brought his own N95 masks, using each one for about five days because there was a mask shortage there.

New Orleans was like a ghost town when Busey was there.

“I would go for a jog in the evenings and just jog right down the middle of the road in downtown Nola because everything was deserted, everything was shut down,” he said.

He did, however, get to taste some of the Cajun cooking for which the city is famous. Employees’ families brought in their home cooking to share with the visiting staff and some of the restaurants also donated food.

Busey tasted a spicy dish called shrimp etouffee, ate crawdads and gumbo and even ate some blackened alligator meat, which he said was very good.

Busey knew there was risk in what he was doing.

Busey is 34, young enough not to be in a high-risk population. But that’s no guarantee of safety.

“The person who oriented me for a couple of hours that first day when I arrived, he had just come back from being ill with COVID and he was 31. The way he described it, he said every day he sat in his room and he wondered am I dying, because he felt so sick short of breath. And having seen so many people die of it already in the ICU, he knew that it can happen quickly,” he said.

While the risk can be sobering to think about, Busey said, he felt that he had a purpose for being there.

“In the end, you just have a job to do and take care of people,” he said.

After returning to Roseburg, he had to test for COVID-19 and self quarantine until the results came in. They were negative.

Being back in Oregon, he said, he has felt very grateful that measures were instituted early on to help control the spread of the illness here.

It was not all in vain, he said.

He said he hopes people do anything they can to reduce the spread of the illness while the state starts opening back up, while people get back to work and businesses get back on their feet.

“There’s a big reason for it, because this is a once in a lifetime sort of tragedy,” he said.

This Veteran has our highest regard for serving above and beyond the call of duty.

States face criticism for COVID-19 data cover-ups in their haste to support re-openings. Government officials in a number of states are facing questions about how open and honest they're being about how the virus is impacting their state. In testimony before the Senate, Dr. Anthony Fauci, the nation's top infectious disease expert, said the actual number of people who've died as a result of the pandemic is "almost certainly" higher than what's been counted.

How can the U.S. point fingers at the WHO and China when there are so many questions about its own response?

Bless you, Ben Busey. Especially on this Memorial Day. You have served your nation.

"This is mind-boggling and incredible," said Sen. Chuck Schumer (D-N.Y.), who first sought answers from the VA about its use of hydroxychloroquine during a May 10 news conference. "They are using our veterans as guinea pigs for a drug that has been discredited...Every family of a veteran has the right to know," he said. "We need to know if they've gotten permission. And we need to know what the purpose is if everyone else is discrediting this drug."

To date, the U.S. VA has had 13,240 coronavirus and 1,116 deaths from the virus. It's sad to read confirmation the VA doesn't have the necessary equipment to save all of its former soldiers while our elected leaders loudly proclaim the opposite.

Memorial Day even more poignant as veterans continue to die from coronavirus.