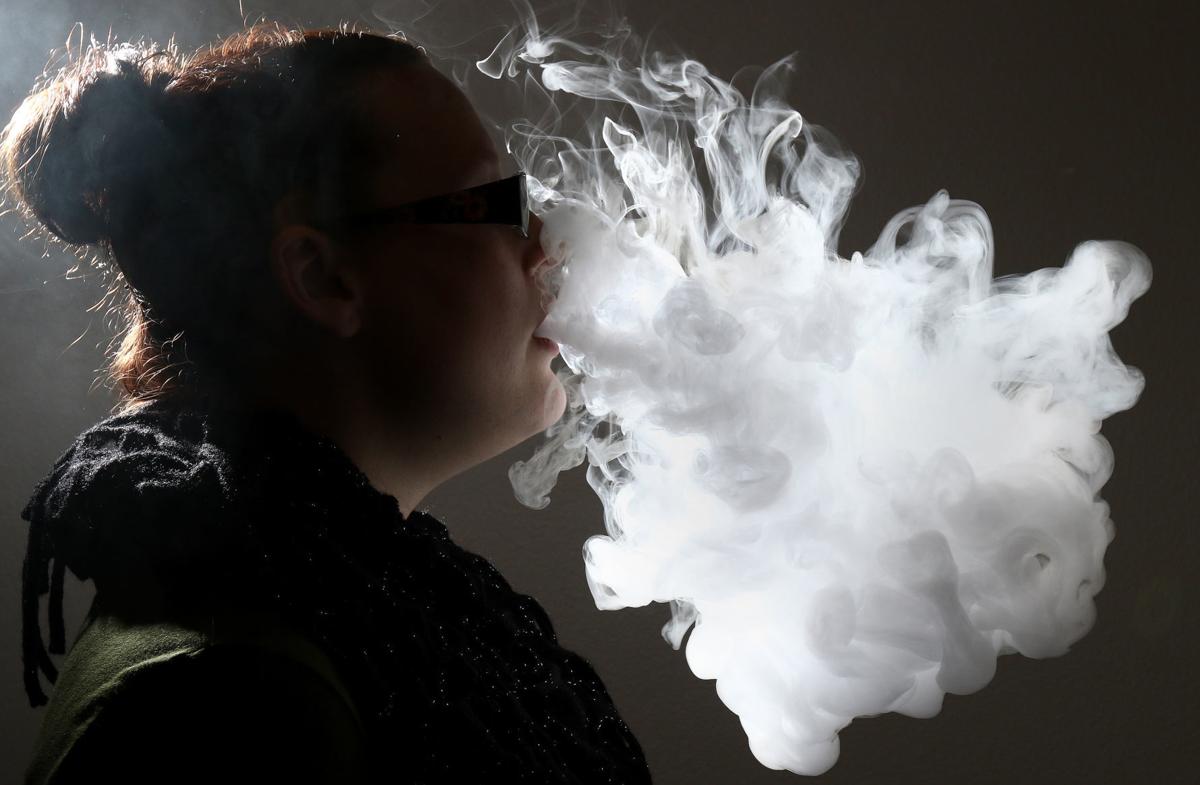 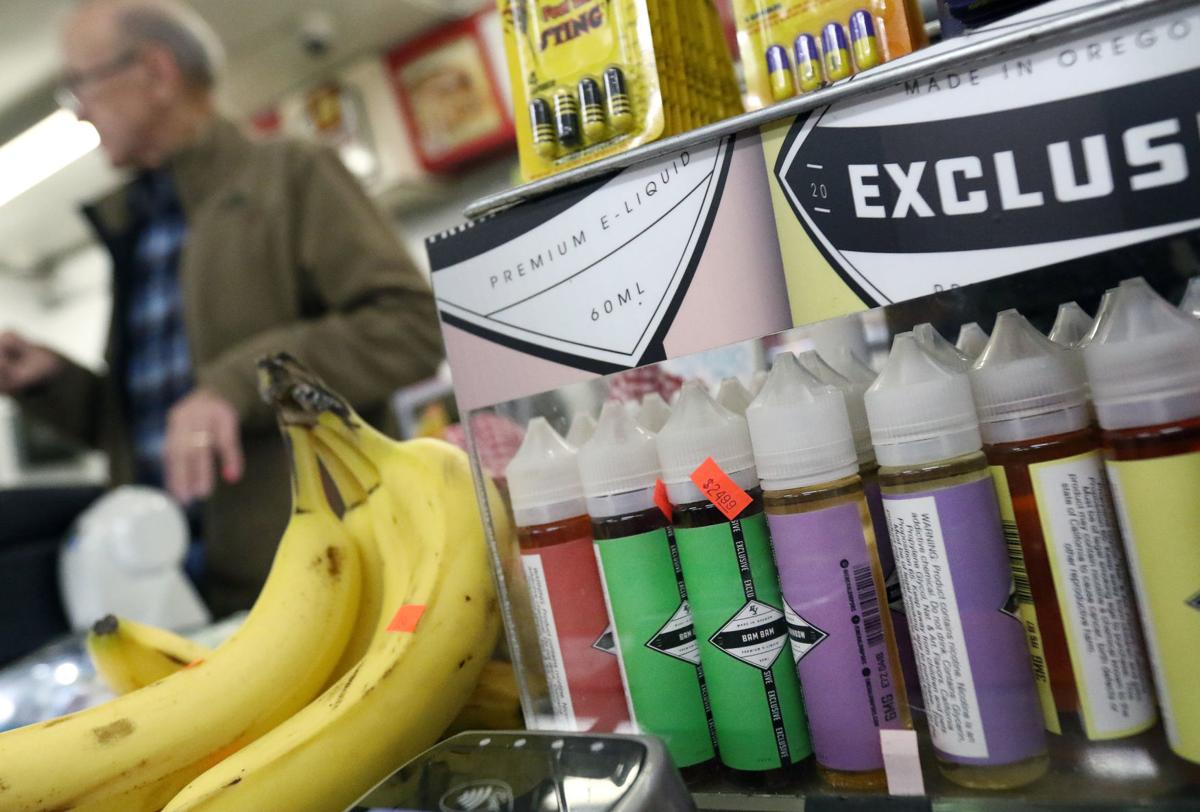 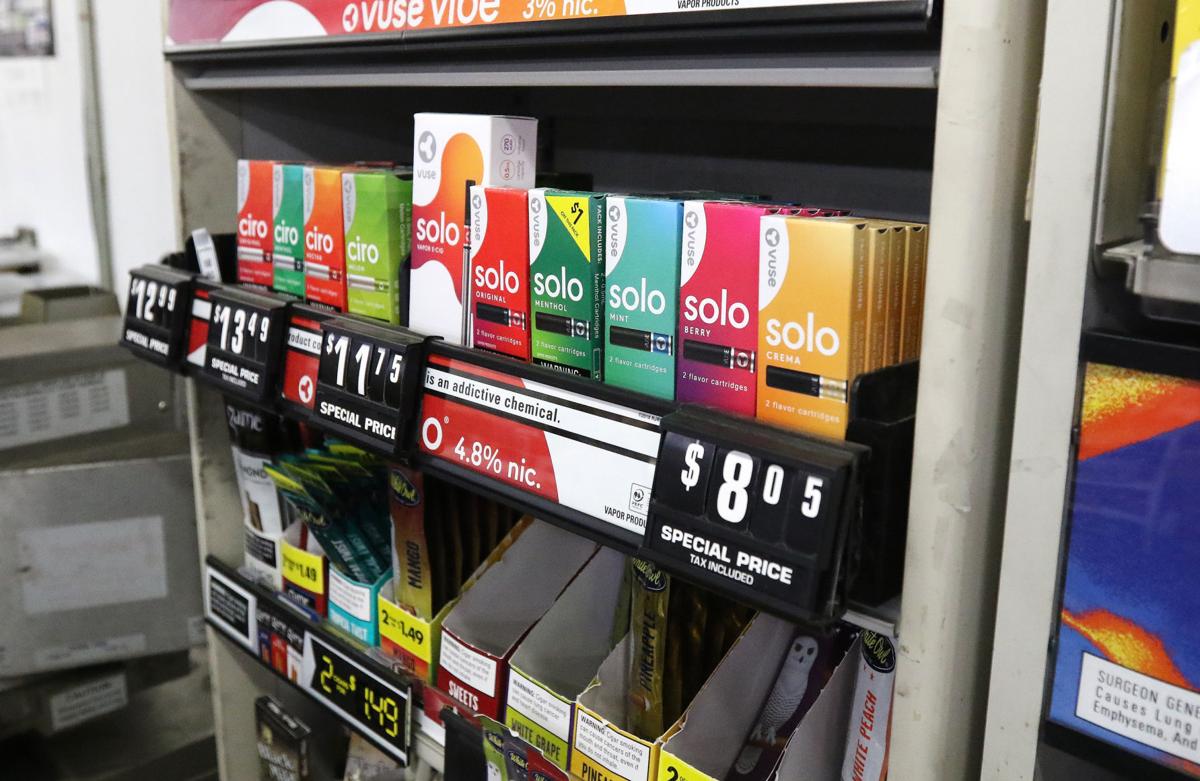 A rack of e-cigarette related items on display at Schumart’s Garden Valley Mini mart in Roseburg on Thursday.

A rack of e-cigarette related items on display at Schumart’s Garden Valley Mini mart in Roseburg on Thursday.

The restrictions ban the sale of e-cigarettes in convenience stores and gas stations. The products will only be available to specialty tobacco and vape stores that have age restrictions upon entry.

The restrictions come as an FDA survey shows a sharp increase in the number of youth using e-cigarettes. The agency said the products can cause nicotine dependence early in life, which can have adverse effects on brain development. E-cigarettes also contain harmful compounds other than nicotine, according to the U.S. Surgeon General.

While some gas station and convenience store owners and workers in Roseburg said the ban won’t impact overall sales, others said the ban would harm their business.

In addition to the sale location restrictions, age verification requirements for online sales of e-cigarettes will increase. The FDA also has plans to ban menthol cigarettes and flavored cigars in an effort to reduce the number of tobacco products that appeal to children.

More than 3.6 million middle school and high school students said they used e-cigarettes within the last 30 days in 2018, according to the FDA survey. That’s a sharp increase from 1.5 million the previous year. Youth who use e-cigarettes are using them more frequently, especially flavored products, the FDA said. This increasing trend ends declines in youth tobacco use observed in recent years.

The U.S. Surgeon General has a website intended to inform youth about the health impacts of e-cigarettes. The aerosol liquid in e-cigarettes contains “ultrafine particles that can be inhaled deep into the lungs, flavorants such as diacetyl, a chemical linked to serious lung disease, volatile organic compounds and heavy metals, such as nickel, tin and lead,” according to the website.

In 2017, Oregon raised the age to purchase tobacco products to 21. Five other states — California, New Jersey, Massachusetts, Hawaii and Maine — have that age requirement.

Douglas Public Health Officer Dr. Bob Dannenhoffer said 200 preventable deaths occur due to tobacco use each year in Douglas County. He said he was glad the FDA decided to ban e-cigarettes in gas stations in convenience stores. He wished the FDA banned e-cigarette sales online outright.

“They really are gaining in popularity,” Dannenhoffer said. “They deliver a very strong dose of highly addictive nicotine. The concern is that these e-cigarettes, especially if they’re easily available to kids, that we’ll get another generation hooked on nicotine.”

Dannenhoffer said the county is working with the state on a program to increase the number of smoke-free sites such as school campuses and parks. Roseburg city parks are smoke-free. He said his department advocates for more restrictions on tobacco product sales and enforcement of smoke-free work environment laws.

“Everbody has to work together,” Dannenhoffer said.

He said the good news is that tobacco use rates are substantially lower in children and adults than they were at their peaks. But he added there’s more work to do.

Rita Schuchard has owned Schumart’s Garden Valley Mini market in Roseburg since the early 80s. Her store currently sells several different brands of e-cigarette products, but will be forced to stop as a result of the new restrictions.

Schuchard is happy about the new FDA restrictions, however. She said the FDA should have gone as far as banning all flavored tobacco products outright.

“If they’re targeting underage people, then nobody should have them,” Schuchard said.

She said even though she stocks e-cigarette products, she doesn’t sell many and the restrictions won’t make an impact on overall sales. People buy cigarettes and chewing tobacco more often, she said.

She said people will still seek out e-cigarettes at specialty tobacco stores that require customers be 21 to enter.

“That’s fine with us,” Schuchard said.

Zach Vancill has been working at Short Cut Market in Roseburg for five months. He said he was ambivalent about the new restrictions, but he said people buy e-cigarette products at the market multiple times a day. It may impact overall business, he said.

“We sell cartons of cigarettes all the time,” Vancill said as he brought a carton to a customer at the market’s drive-thru window.

He said he thinks the new restrictions will have unintended negative consequences.

“People are just going to switch right back to cigarettes if they can’t get e-cigarettes easily,” Vancill said.