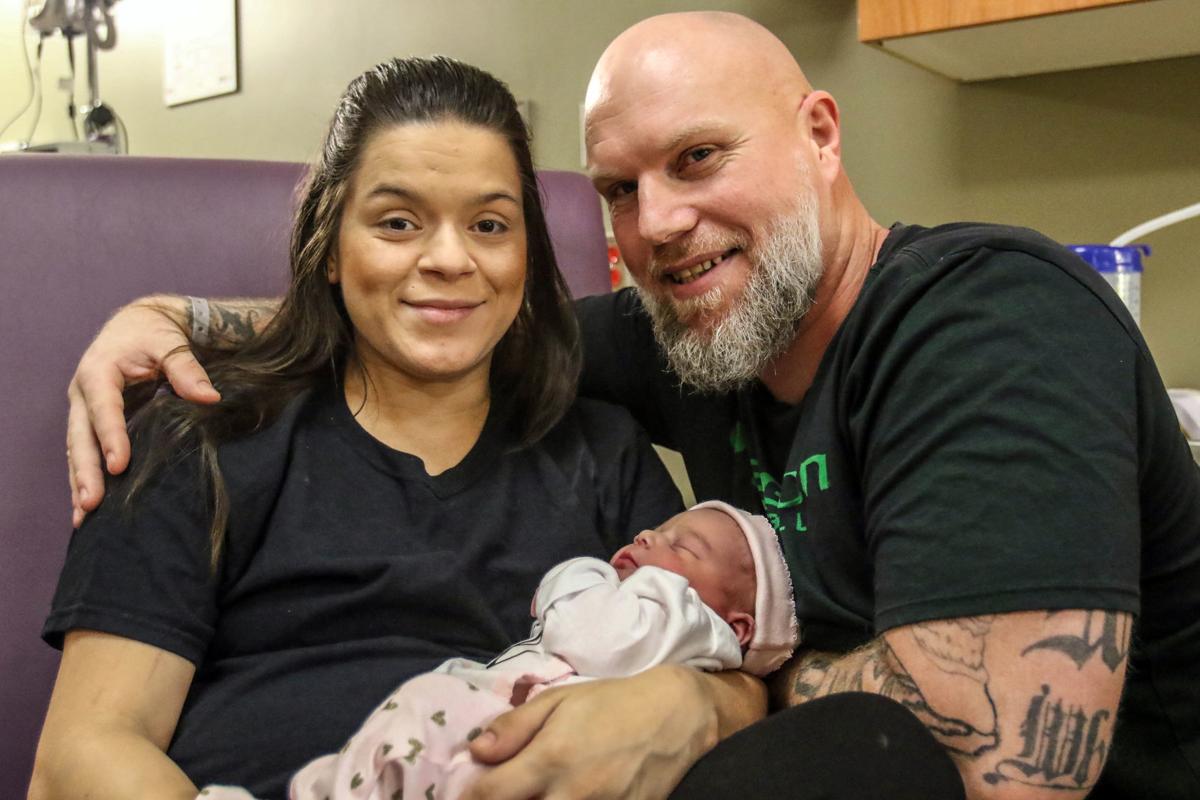 Shaylee Sibley, 27, left, and Dylan Longton, 36, pose with their newest daughter Emani Nova Marie Longton on Thursday at CHI Mercy Medical Center. Emani was the first baby of the new year born at the hospital. 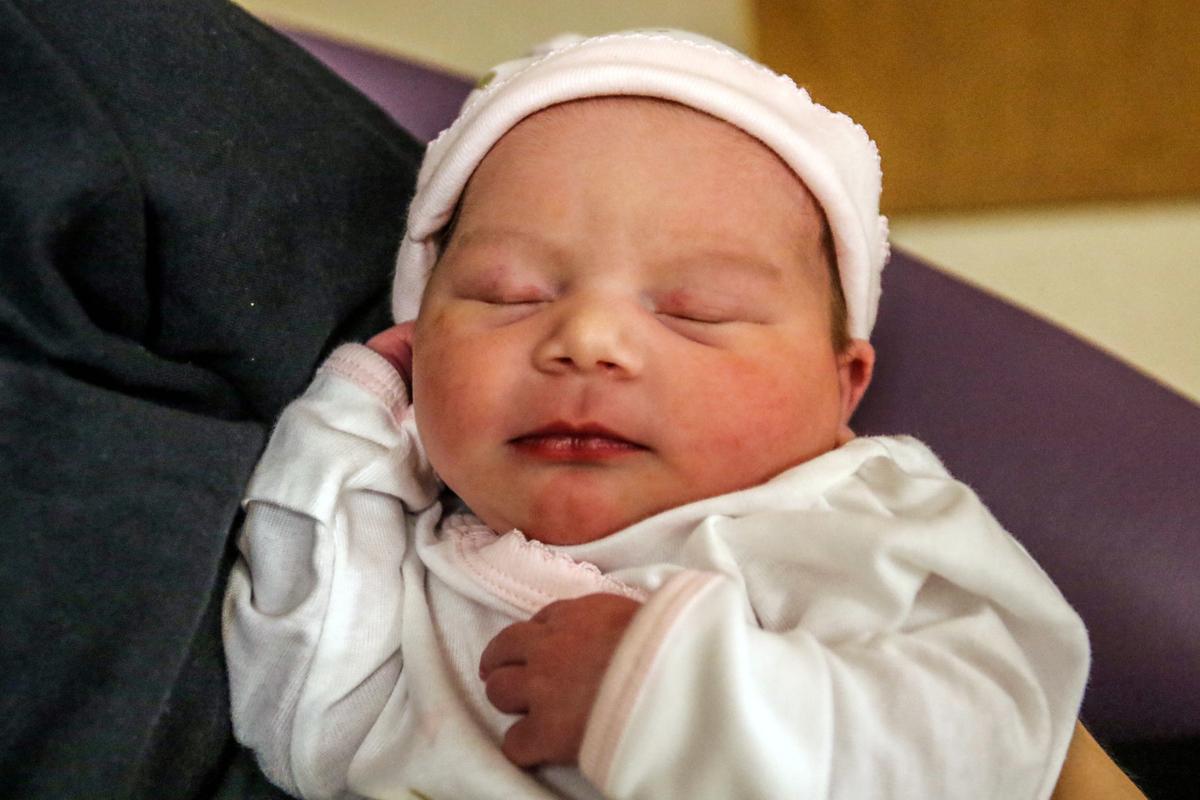 Emani Nova Marie Longton rests in her mother’s arms at CHI Mercy Medical Center on Thursday. Emani arrived at 8:15 p.m. Wednesday, making her the first baby of 2020 born at the hospital.

Shaylee Sibley, 27, left, and Dylan Longton, 36, pose with their newest daughter Emani Nova Marie Longton on Thursday at CHI Mercy Medical Center. Emani was the first baby of the new year born at the hospital.

Emani Nova Marie Longton rests in her mother’s arms at CHI Mercy Medical Center on Thursday. Emani arrived at 8:15 p.m. Wednesday, making her the first baby of 2020 born at the hospital.

The fourth and final daughter for Shaylee Sibley and Dylan Longton of Roseburg was the first baby of 2020, born at CHI Mercy Medical Center on Wednesday.

Emani Nova Marie Longton arrived at 8:15 p.m., weighing in at 8 pounds, 5 ounces. The birth went smoothly and mommy, daddy and baby are all doing fine.

Emani has three sisters — Dejah, 10, Ella, 8, and Dahlia, 2. Sibley and Longton each had one girl from a previous relationship and now have two together. Even though they would have liked to have had a boy, they’re happy with another girl.

“That was kind of the hope to have a boy, but I love all my girls, and we’re not trying again,” Longton said.

“I definitely wanted a boy, but she’s so perfect,” Sibley said while grinning.

The older girls were excited to have another little sister, but the 2-year-old was not sure what to think.

“I don’t know that she quite gets it,” Longton said. “She just wanted to push buttons and play.”

Sibley has had Dr. Linda Sewell for all of her births — a big factor in making them all pleasant experiences, she said.

“She’s awesome,” Sibley said. “I laughed through the middle of my pushing because they were like cracking jokes.”

“I think it helped lighten the mood, but not for me,” Longton laughed. “It was stressing me out, but they were all funny, and we had a nurse, Leslie (Olson), who was really nice and helped us all day. She was amazing, but she got off 45 minutes before the baby was born.”

Longton and Sibley were not planning on having a baby on New Year’s Day. When Sibley saw that they had a shot to have the first of the year she tried her best to make it happen.

“We were induced because the doctor was out of town, but there was another girl in here that was in labor,” Sibley said. “And we were in competition with her because we wanted to have the first baby.”

“She was really competitive, she was walking up and down the halls, she wanted it,” said Longton, who is a commercial fisherman and works out of Port Orford.

The couple received a basket full of baby supplies for having the first baby of the year at the hospital which included Baby Wipes, a strap-on pouch for carrying the baby, a blanket, a teether, bibs, toys and some little outfits for the newborn.