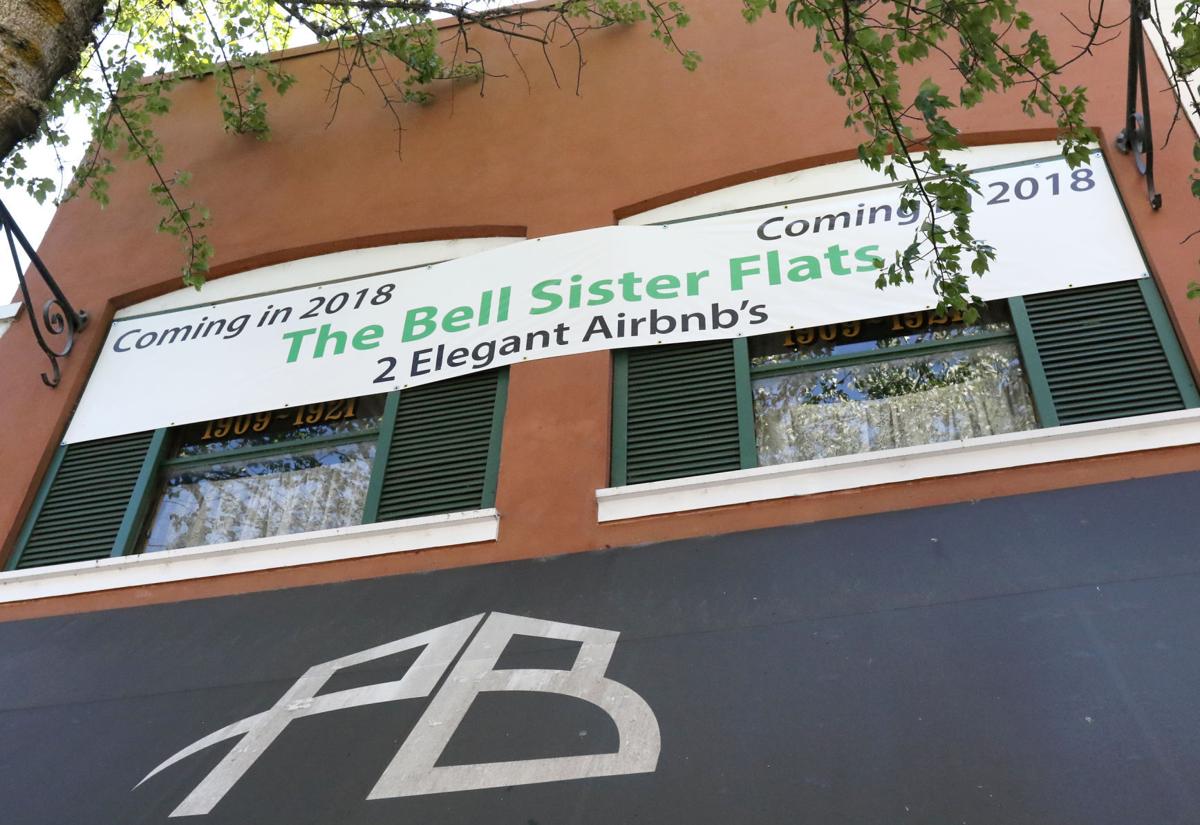 Paul Bentley and his wife Terry Bentley plan on converting the loft space above their architecture firm in downtown Roseburg into livable space. 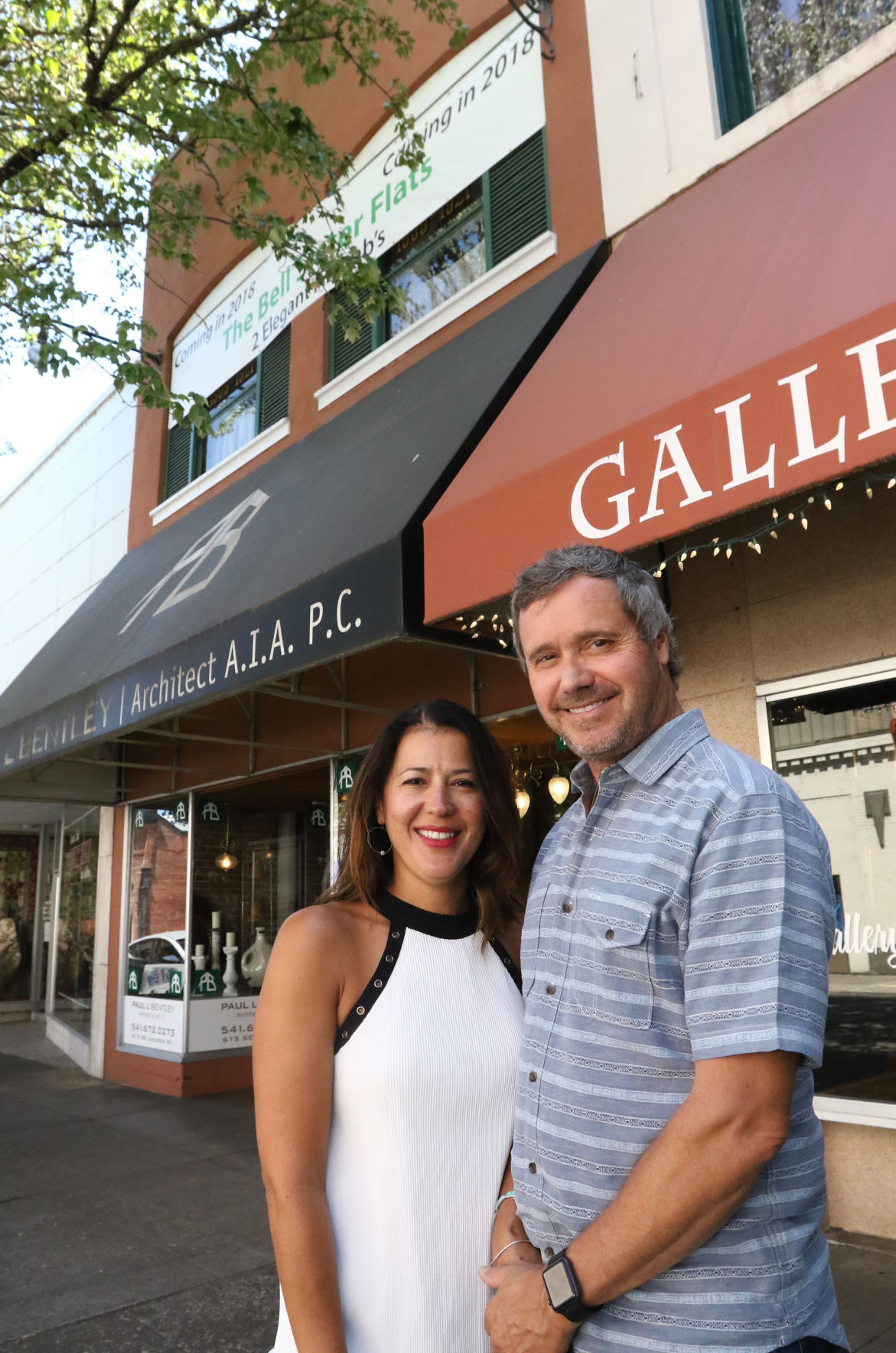 Paul and Terry Bentley of stand in front of their architecture firm’s building in downtown Roseburg.

Paul Bentley and his wife Terry Bentley plan on converting the loft space above their architecture firm in downtown Roseburg into livable space.

Paul and Terry Bentley of stand in front of their architecture firm’s building in downtown Roseburg.

When architect Paul Bentley was looking to buy office space for his architecture firm in 2000, the previous owners with Sunrise Enterprises were hesitant showing him the second floor.

“They said, ‘You don’t want to go upstairs. It’s pretty messy,’” Bentley said. “But as soon as I went up there I thought, ‘Oh man, this is really something neat.’”

The sight of the roof — leaking and with many visible signs of dry rot — didn’t deter him as he saw the remnants of a bygone era: a kitchen with a vintage sink and faucet, and glass-paneled cabinets, hallways with lath and plaster walls and ceilings, to an old electrical panel bearing the name of “California-Oregon Power Co.,” a long-gone electric power company.

After buying the building, and spending 17 years of using its first floor as an office for their firm, Paul L. Bentley Architect, Bentley and his wife, Terry, started construction to open a bed-and-breakfast boutique above the downtown office, located on 615 SE Jackson Street. The couple said they see their upcoming work as a means to be a part of the downtown’s economic growth.

“It had to get to the point where we were ready financially, and downtown was ready,” Paul Bentley said, mentioning some of downtown Roseburg’s new restaurants and businesses. “If this is successful, there are a lot of buildings downtown, and if other people will (rent out vacation rentals), you could get a big boom for the economy.”

Bentley said the two 1,000-square-foot apartments above his architecture office have not been occupied since 1950. The stairway leading up to it was removed by the previous owner.

According to the Douglas County Museum of History, the Bell Sisters were the first occupants. They ran a hat and dress shop on the main floor from 1909, while managing the rooms above.

“We want to promote the Bell Sisters because they were pretty innovative for their time,” said Terry Bentley. “If you think about it, in 1909, women didn’t have the right to vote.”

On both apartment windows, decorated in old-fashioned print, lies the name of the dentist who previously lived there in the early 1910s, Richard Brumfield. Paul Bentley said Brumfield ran up $30,000-$40,000 dollars in debt, found a farmer in Melrose with his same height, weight and build, shot the man and blew him up in a car. The dentist then escaped to Canada, before he was caught by the FBI in 1921, who brought him back to be locked up in the Douglas County Jail. There, he later hung himself.

Blending in local history, the Bentleys are hoping to form partnerships with local businesses to make recommendations to their guests, hoping that their visits will contribute growth to the economy.

Paul Bentley said that they plan to have links to local vineyards, breweries, restaurants, on a website and set it up in a way where it gives a questionnaire on a guest’s preferences. Then, depending on the guests’ answer, they will be provided a complimentary drink.

He estimates it will cost $300,000 to fully renovate the second floor.

Tom Pappas of the Roseburg-based Victory Builders Inc. will be in charge of renovating the apartments. He says that he will start remodeling the place in September. Although the Bentleys replaced the roof, Pappas said that there will be plenty of demolition work that needs to be done, including some of the existing rot in the plastering.

All the money spent on downtown didn't fix the transient / homeless problem. Out of town visitors might have other stories not so complementary of Roseburg.

good point, but it is just a bit of local colour

Yes, I'm sure people from out of town have NEVER seen homeless people before. They might even be appalled by them such as yourself.

good luck guys and may the airbnb be with you

Nice alternative for people instead of just motels. Much more homey.

AP
Wimbledon canceled for 1st time since WWII because of virus
AP
April 1, rent's due: Many struggle to pay in virus outbreak
© Copyright 2020 nrtoday.com, 345 NE Winchester St. Roseburg, OR | Terms of Use | Privacy Policy
Powered by BLOX Content Management System from TownNews.com.