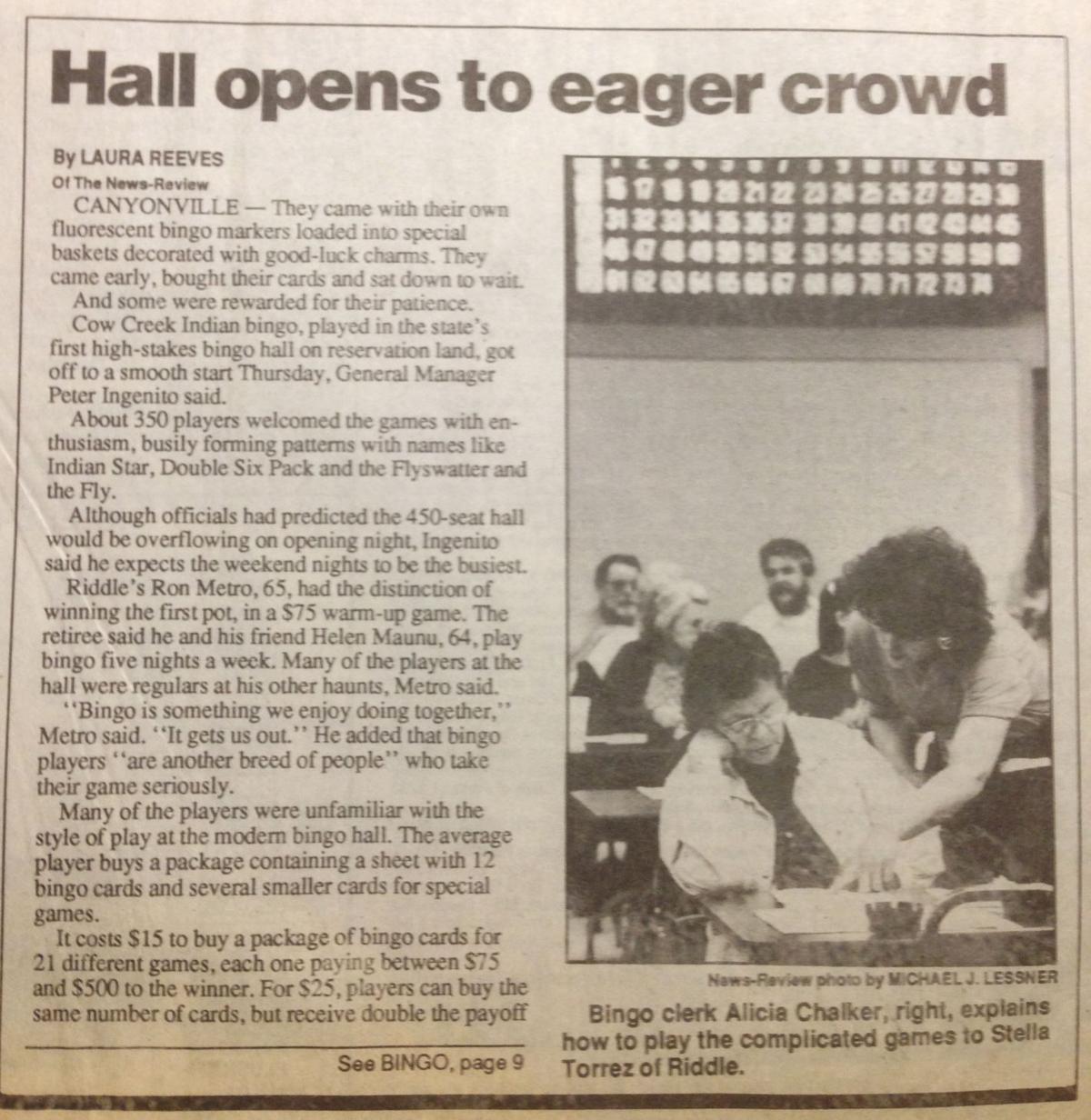 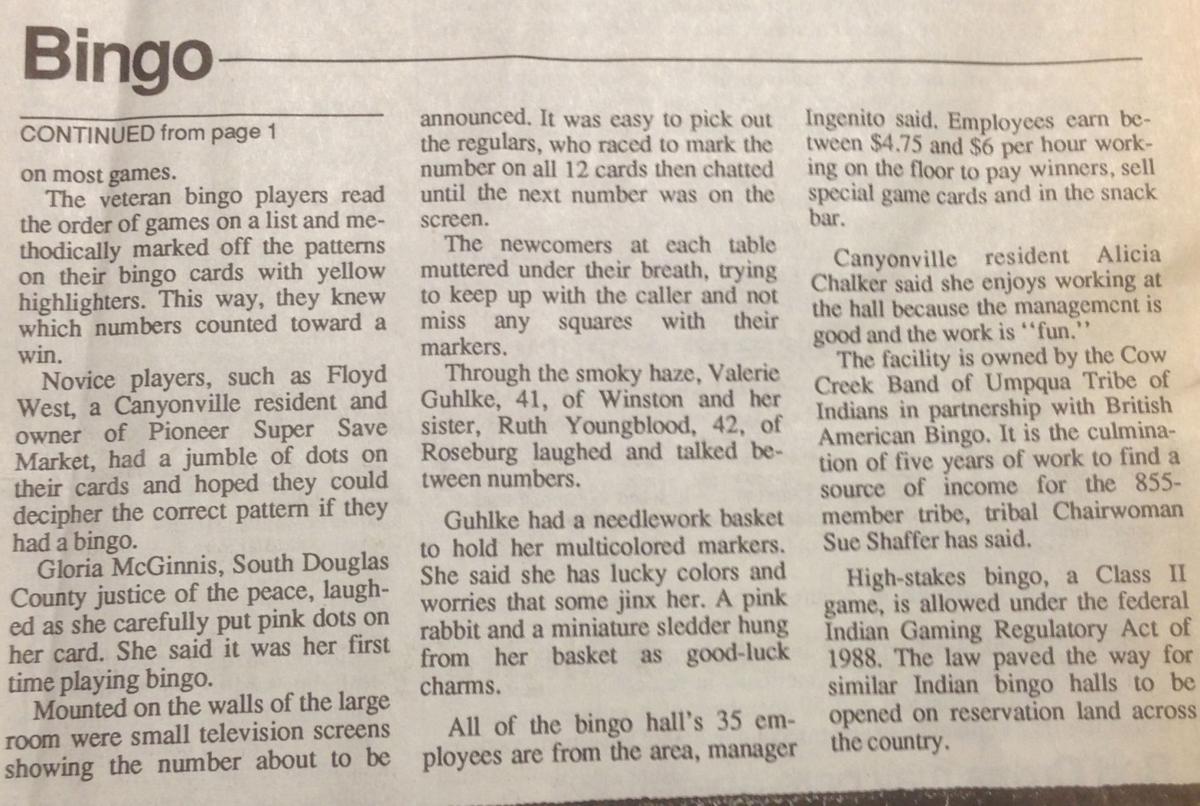 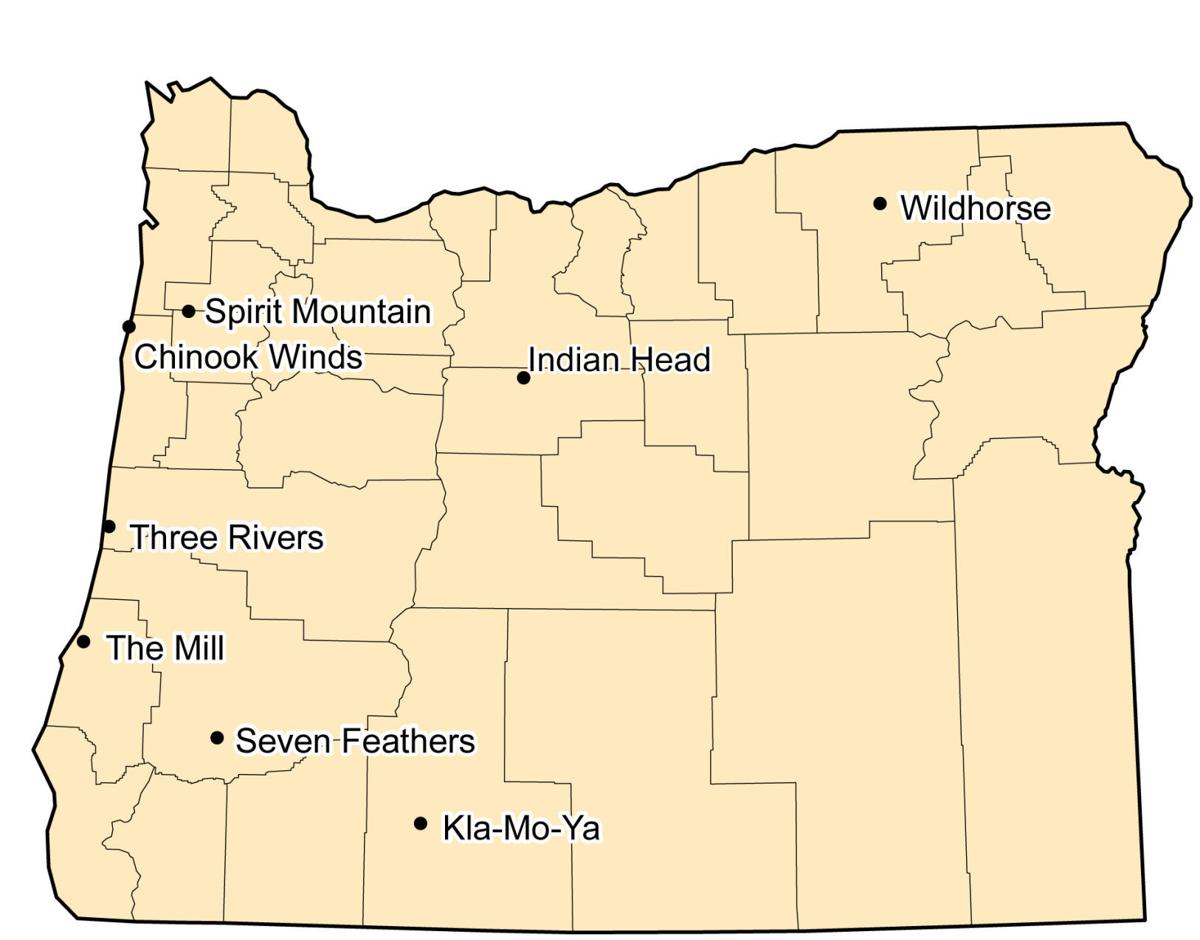 As of 2013, there were eight tribal casinos established across the state.

As of 2013, there were eight tribal casinos established across the state.

The government passed a law in 1988 allowing tribes to offer state-sanctioned gambling on their reservations. But most of Oregon’s nine federally recognized tribes were reluctant at first.

They didn’t want to muddle relations with state officials, and some tribes said gambling ran against their cultural values, according to a 1991 article in The Oregonian.

Four years passed before an Oregon tribe made the first agreement with the state to allow casino-style gambling. At the forefront of that compact was Sue Shaffer, who died last month at 94 years old. She was a descendant of one of the Cow Creek’s seven founding families. She and Cow Creek CEO Michael Rondeau negotiated with the governor, state officials and the Oregon State Police in creating the state’s first compact.

With their efforts, the Cow Creek Band was able to open a $1 million bingo hall in Canyonville in 1992, and then added video poker and blackjack in 1993.

“We were in a down economy and people were kind of anxious to see how we could promote the area,” he recalled.

The tiny Cow Creek Bingo Hall started with just 60 machines and 33 employees. It has since grown into the Seven Feathers Casino Resort, an Interstate 5 tourist magnet, and employs about 1,000 people.

Tribes have always considered gambling to be a “means to an end,” Rondeau said. The U.S. government had allotted reservation land in remote areas. It was difficult for tribal members to make enough money to live and work on the reservations.

“The only way the tribes can attempt to maintain their cultural integrity is to develop economically,” author Robert White told The Oregonian in 1991. He wrote a book about tribal assets.

Gaming revenues also go toward improving local infrastructure and local charities. Tribal gaming brought in $570.2 million in Oregon in 2013, according to a study by ECONorthwest.

“For many tribes, it has been a godsend,” Rondeau said. “I think there’s no question that gaming has provided a lot of positive impacts to communities, especially to those in rural locations.”

Most of the early opposition came from a fear of increased crime rates. Tribal gaming in Oregon is therefore heavily regulated. Oregon tribes pay for over 80 percent of all gaming regulations, security and surveillance done in the state, even though their casinos account for a third of all gaming. Tribes spent $27.6 million on such costs for their casinos, ECONorthwest reported. The Oregon Lottery, horse-racing industry and charity gaming spent about $6.2 million.

Each tribe has an independent foundation that receives a portion of a casino’s earnings based on the compact negotiated with the state. In 2013, these casinos provided about $6.5 million to their community benefit funds.

The state’s early uneasiness with tribal gaming meant the Cow Creek Band needed to take baby steps in starting up its bingo hall.

“We were always so careful when we made decisions,” Rondeau recalled. “We wanted to do something that the people of Douglas County had never experienced, but we wanted to do it in a safe and productive way.”