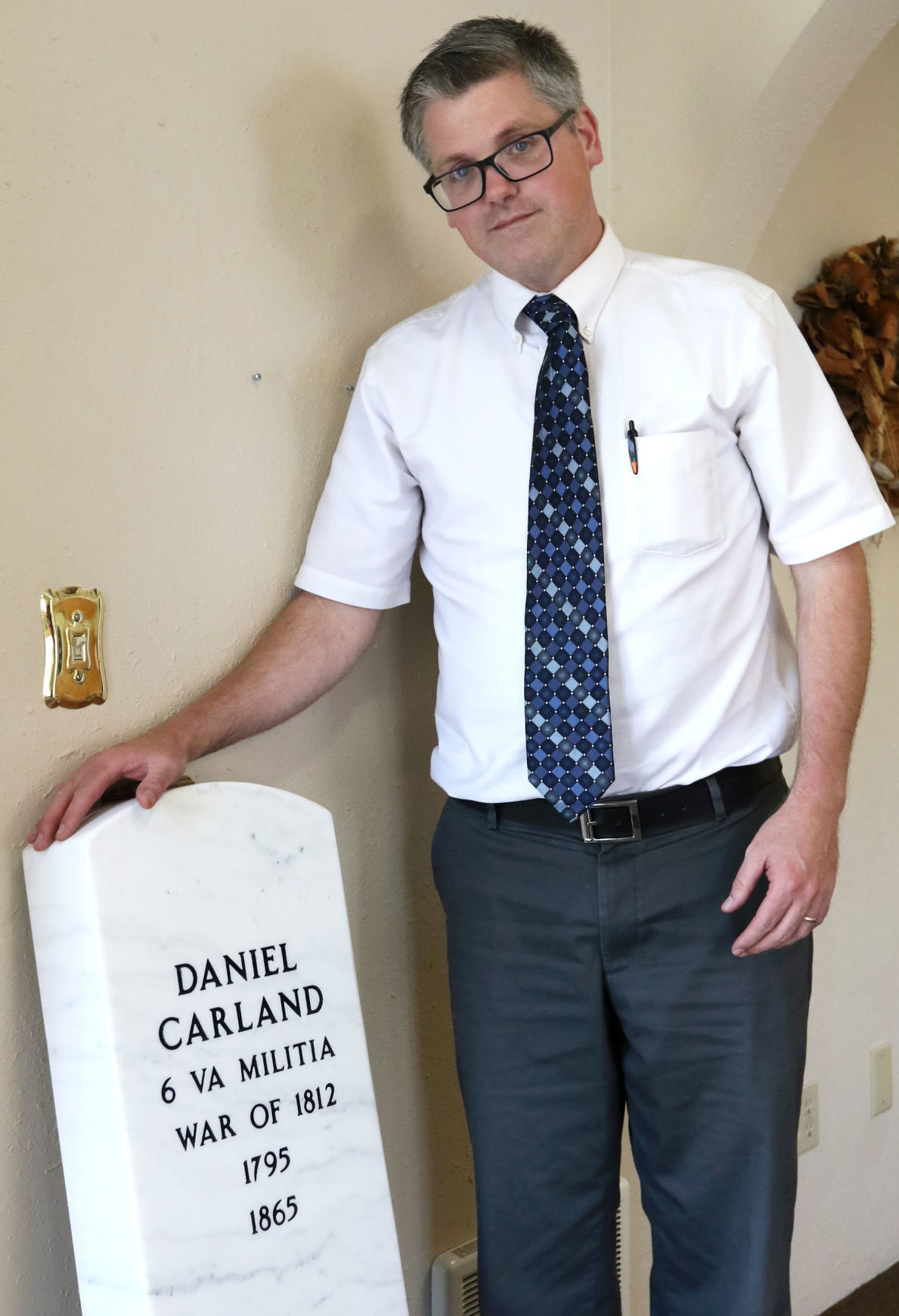 Funeral Director David Hopkins stands near a headstone he helped facilitate for Daniel Carland, a veteran of the War of 1812, Wednesday in Roseburg. 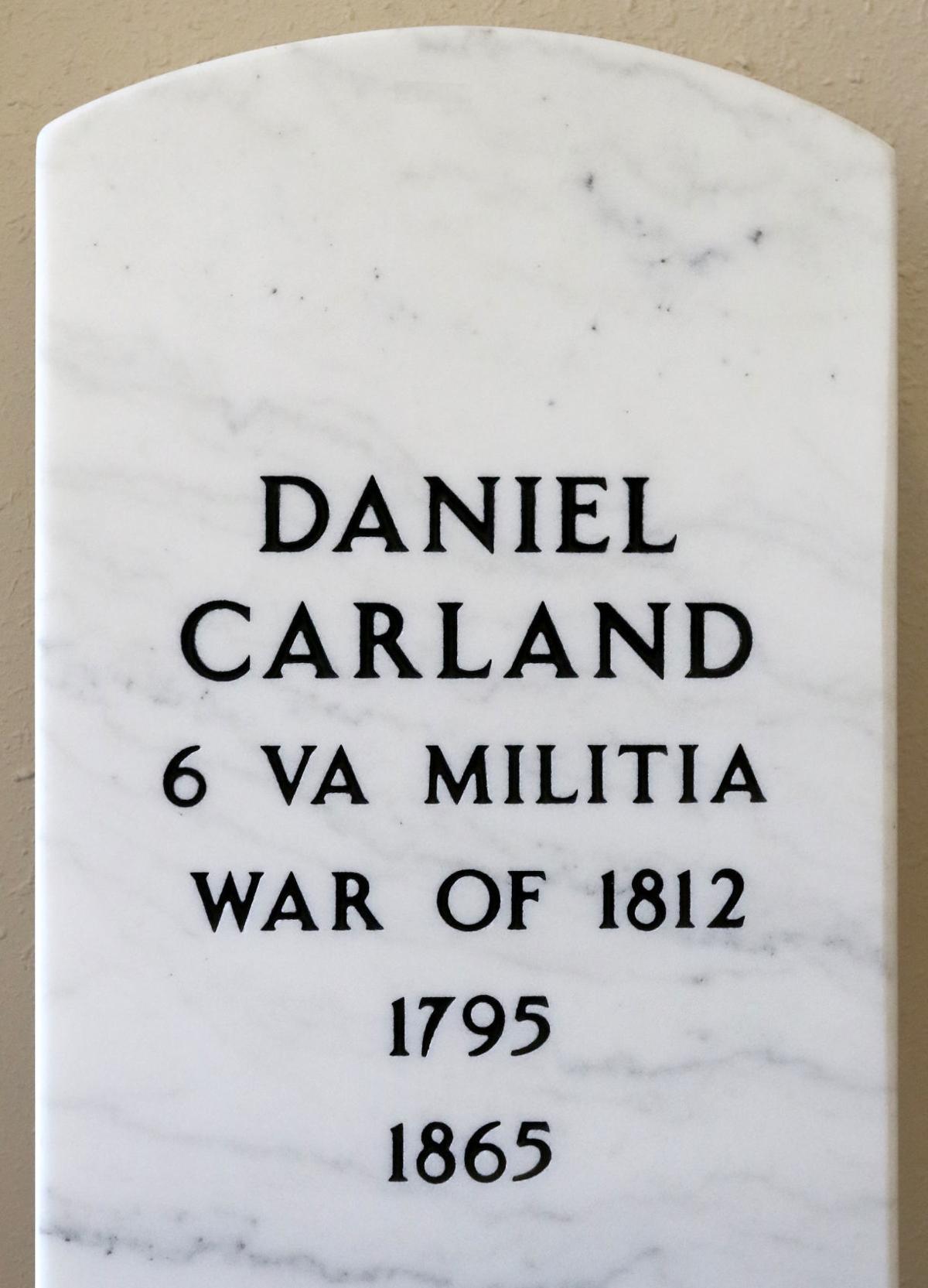 A new headstone will soon mark the final resting place of Daniel Carland, a veteran of the War of 1812, and one of the earliest non-native settlers in Douglas County. 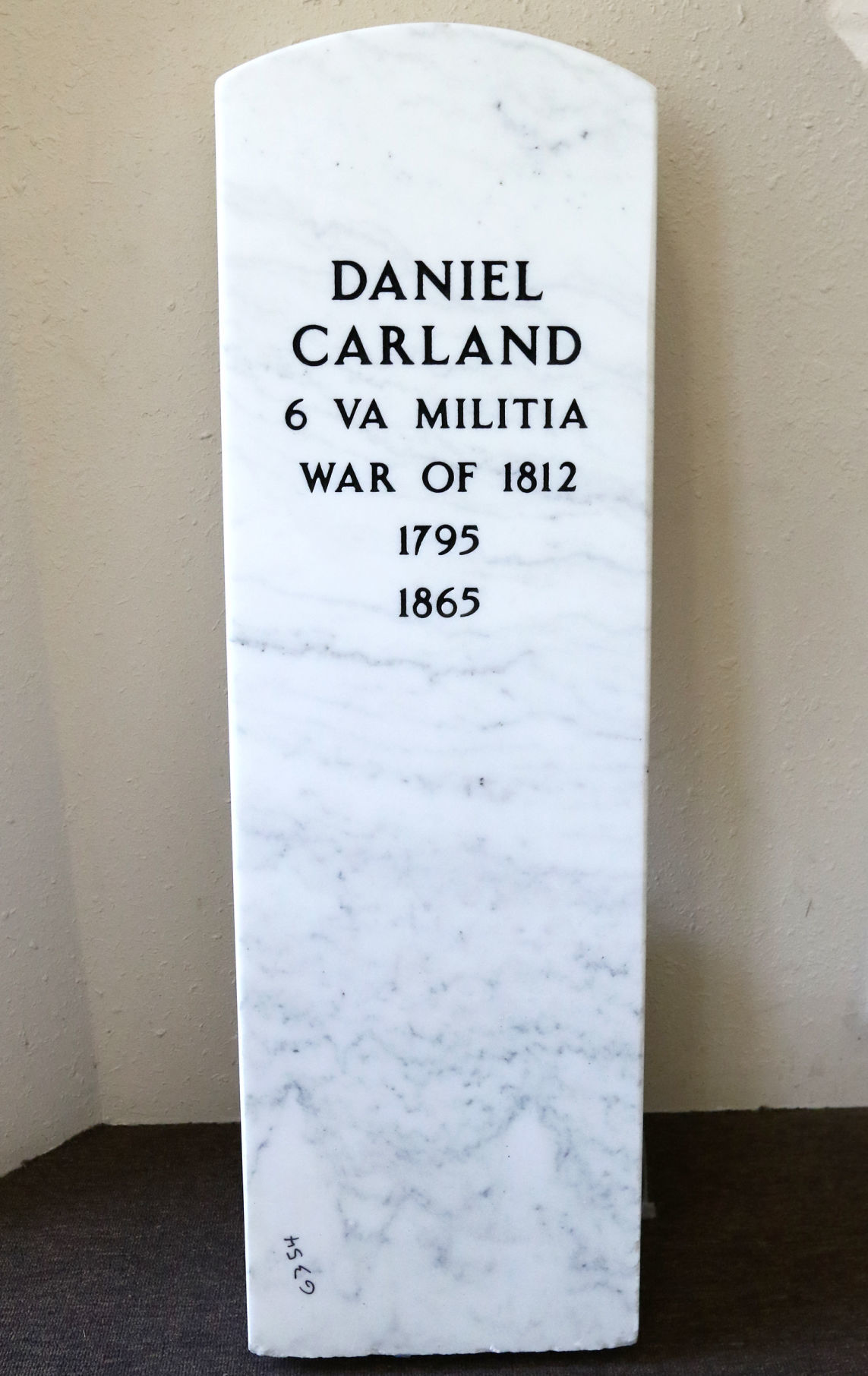 A new headstone will soon mark the final resting place of Daniel Carland, a veteran of the War of 1812.

Funeral Director David Hopkins stands near a headstone he helped facilitate for Daniel Carland, a veteran of the War of 1812, Wednesday in Roseburg.

A new headstone will soon mark the final resting place of Daniel Carland, a veteran of the War of 1812, and one of the earliest non-native settlers in Douglas County.

A new headstone will soon mark the final resting place of Daniel Carland, a veteran of the War of 1812.

A War of 1812 veteran who was one of the Umpqua Valley’s first non-Native settlers will soon have his memory restored.

Daniel Carland was one of eight charter members of the first local Masonic Lodge, now Laurel Lodge No. 13. As such, he would have rubbed elbows with Roseburg’s founding fathers, and he may even have been one of those founding fathers himself. Among those early Masons were Aaron Rose, who gave his name to the town of Roseburg, and Joseph Lane, whose name is memorialized on one of the middle schools here.

Carland was born in 1795 and served as a private in the 6th Regiment of the Virginia Militia during the War of 1812. In 1852, he and his wife Rebecca traveled with their grown daughter and their grandchildren to Oregon via wagon train and settled a donation land claim in Benton County. A year later, they moved to Green and purchased land in the Kelly’s Corner area of Green.

Carland took the original charter petition for Laurel Lodge from Roseburg up to the Grand Lodge in Salem in 1857. The lodge was originally at the downtown Roseburg site where the old Safeway building was recently torn down.

He died a pauper in 1865 and is believed to have been buried in the original Masonic Cemetery on Eastwood Street in Roseburg. The graves were later moved to Northwest Hicks Street, in the older part of the cemetery now owned by Roseburg Memorial Gardens. It’s likely Carland’s remains are there, and that the Masons footed the bill for his funeral. While he appeared in the cemetery records, it was unknown exactly where he was buried and he had no headstone.

Vicki Cooper said Carland was her grandmother’s great-grandfather, but she didn’t know much about him except that he was a founding member of the local Masons. She went looking for his grave and found no marker for him. She reached out to the Masons to learn more about him, but thought she’d be unable to obtain a grave marker for him at first because the cost would be around $900.

David Hopkins, who is the director of Umpqua Valley Funeral Directors and the historian for Laurel Lodge, stepped in recently to help Cooper obtain a military issue white marble headstone for Carland. They were able to find records of Carland’s service on Ancestry.com, and that combined with the cemetery records was sufficient to persuade the Department of Veterans Affairs that he was eligible for a free headstone.

The headstone is sitting in Hopkins’ office now, awaiting a memorial service. Cooper was thrilled to see it.

“It was really exciting to see his name carved into that marble, that tall marble piece, just like an ancestor should have,” she said.

Hopkins has been involved with providing headstones and memorial services for several Civil War veterans in recent years, but said this is his first 1812 veteran.

“It’s kind of uncharted territory for me,” Hopkins said.

He said he plans to have a plaque installed on the back acknowledging Carland’s part in local Masonic history, and his status as an Oregon pioneer. A Masonic service will be held later this summer, and he hopes the Grand Master of Masons or a deputy will attend and preside over the service.

The service would be similar to the traditional Masonic ceremony held for the laying of a cornerstone. The last such service known to have occurred in Roseburg was held when the cornerstone was laid for the old U.S. Post Office building on the corner of Cass and Stephens streets, dedicated in 1910.

Hopkins said everyone needs a marker signifying when they were born and when they died.

“It gives the family a place to go, and it also acknowledges they lived, and they made an impact on someone’s life. The time someone truly dies is when their memory no longer is spoken of, is no longer there. And being that he was a veteran, it was even more important to acknowledge that he served our country,” Hopkins said.

Hopkins said there’s been a member of his own family in every war since the Revolutionary War.

“So it means something to me to have veterans honored and remembered,” he said.

Let me get this straight, the guys been dead since 1865, and you finally got a headstone for him, and now you forgot where he's buried?🙄😕🕵

We know where his plot it. The question is did he ever get moved from the first Masonic Cemetery. I understand that is confusing and it is why cemeteries don't get moved anymore.

He's lucky he wasn't buried in great Britain, he probably wouldn't be there now.🤑💂