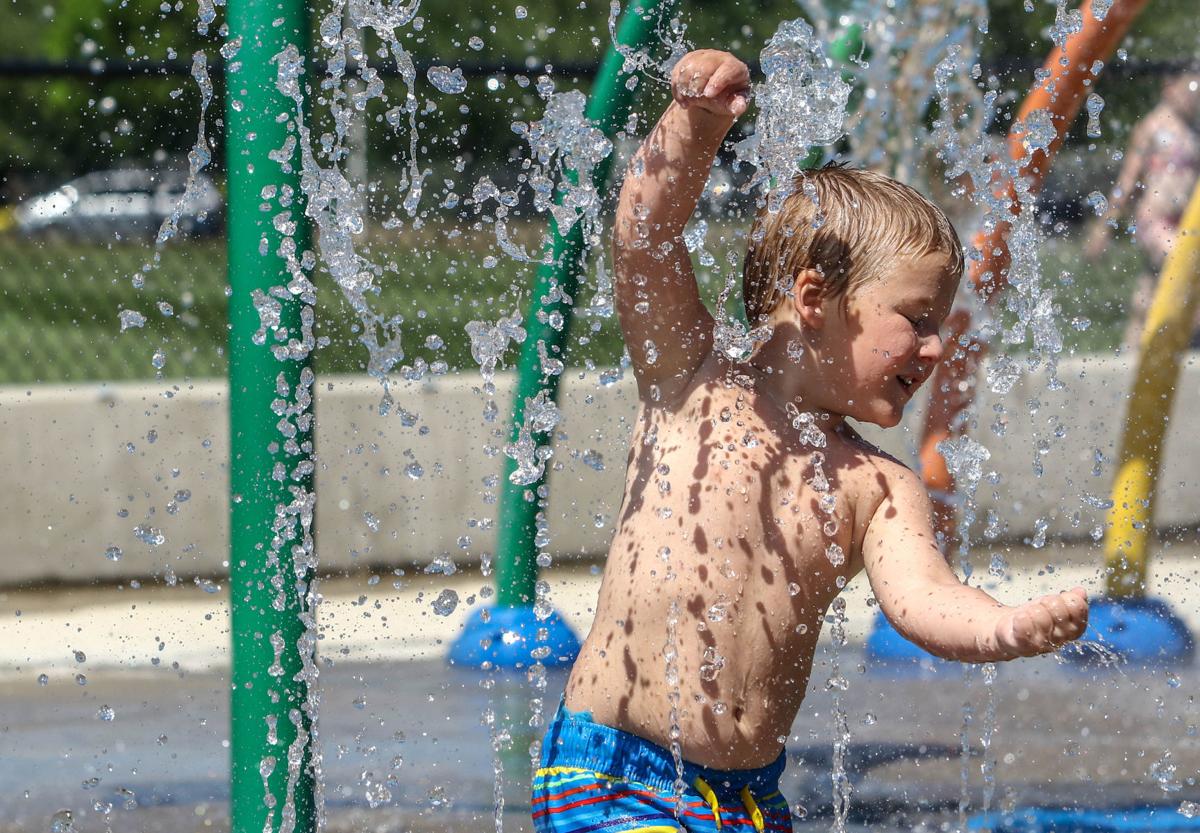 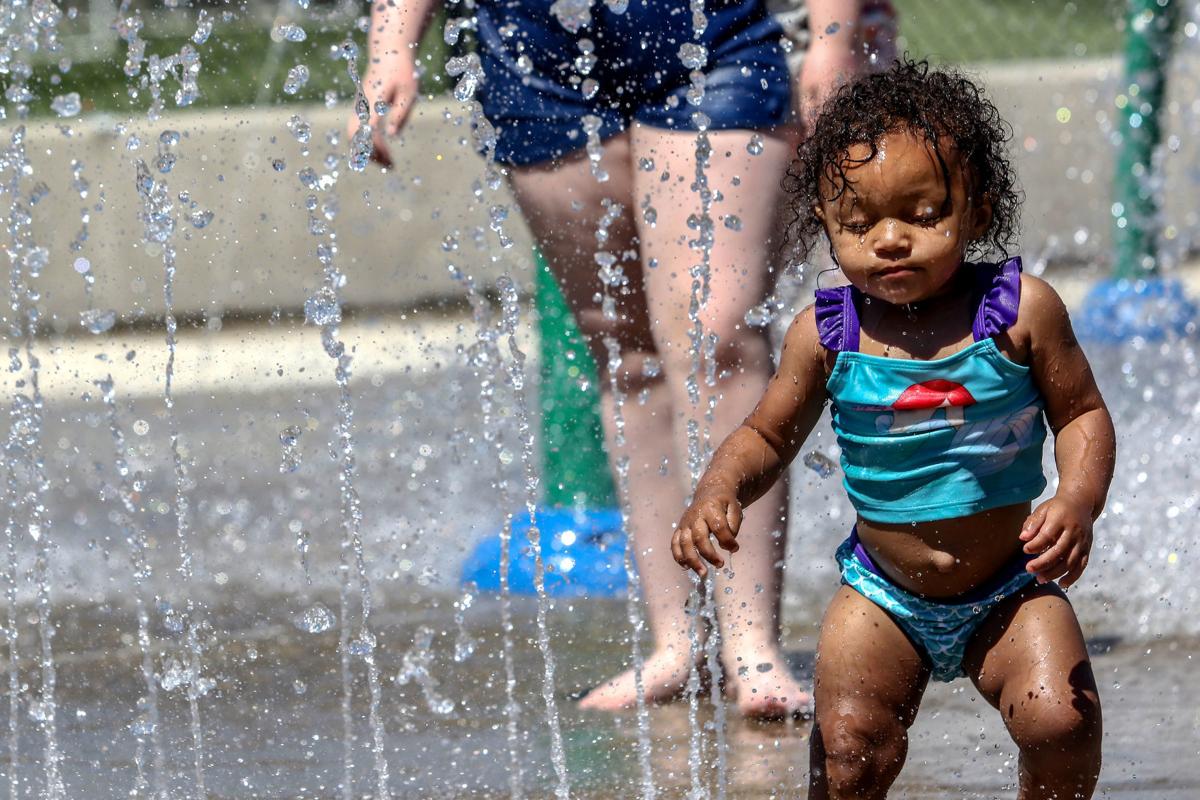 Serethina Myers, 1, cools off at the Fir Grove SplashPad and Playground on Tuesday in Roseburg 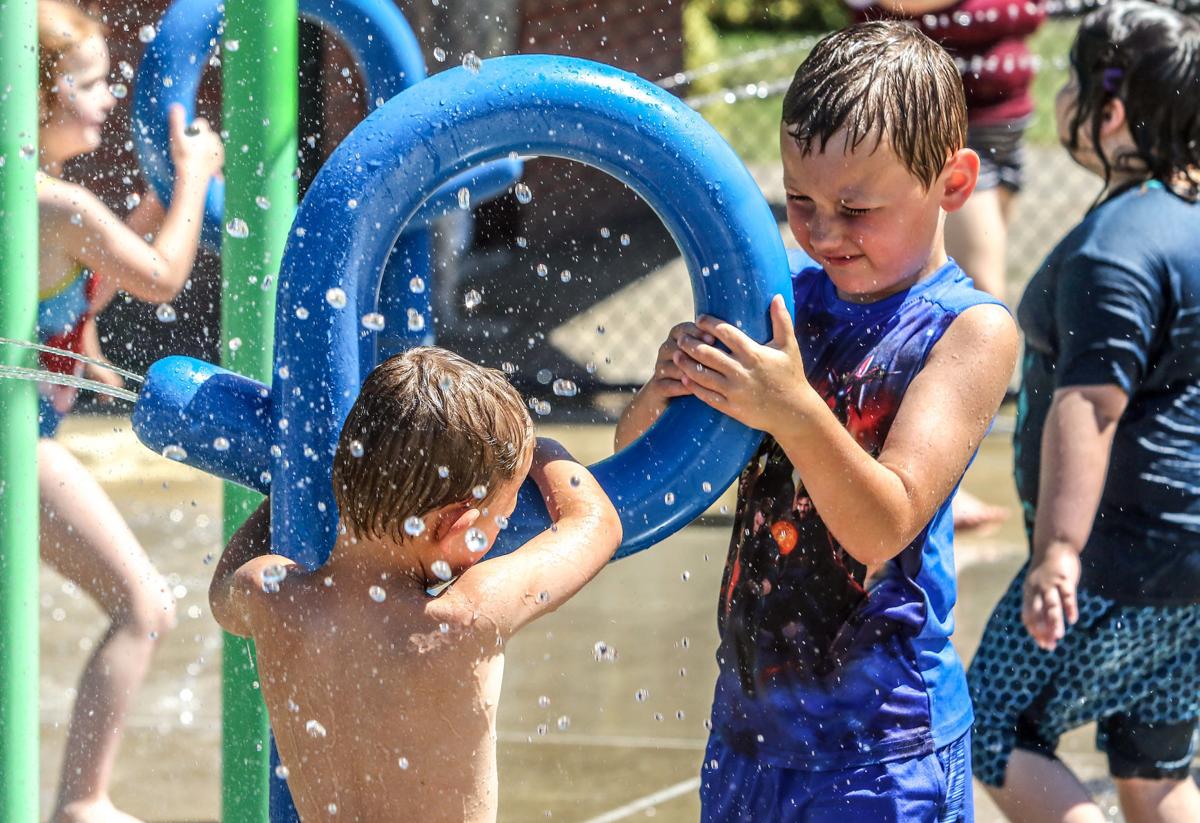 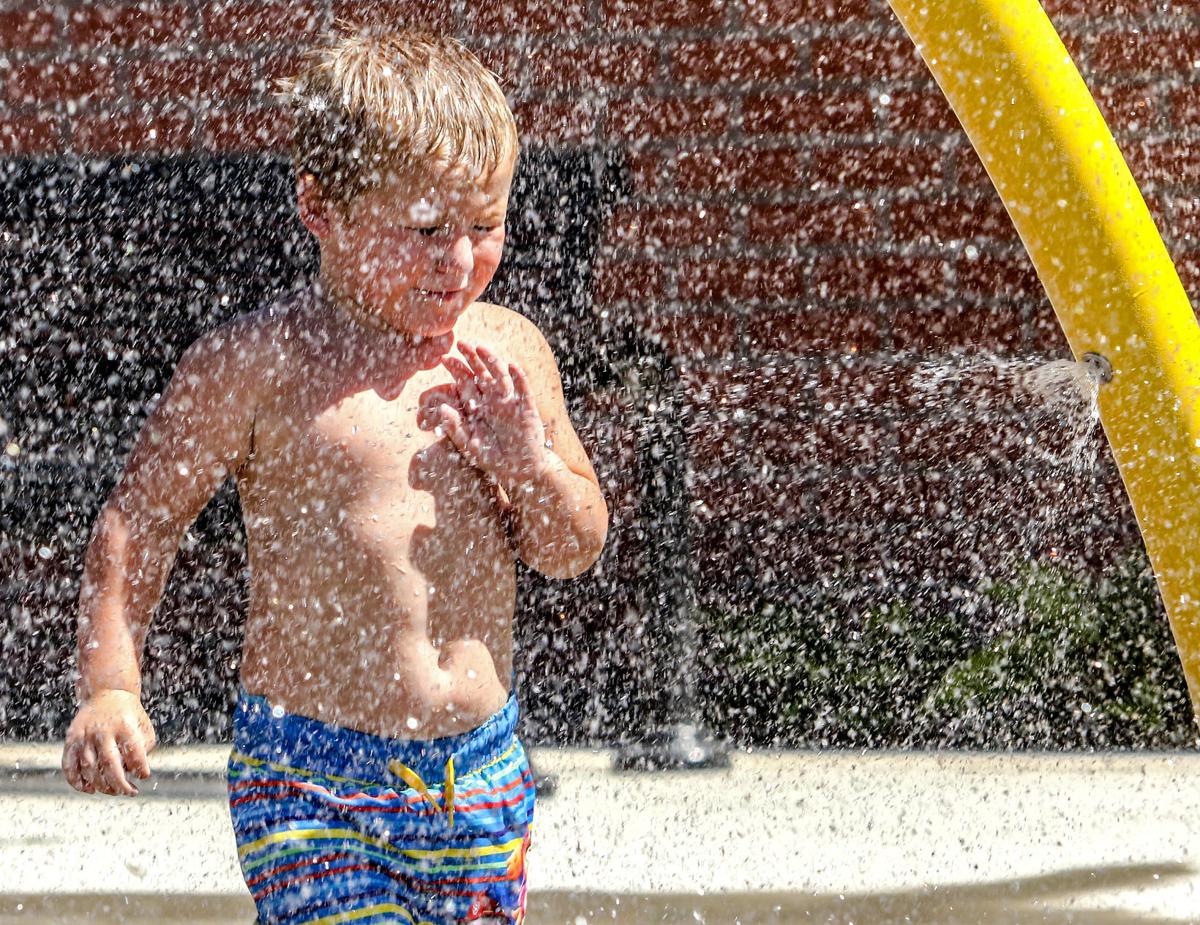 Serethina Myers, 1, cools off at the Fir Grove SplashPad and Playground on Tuesday in Roseburg

Tuesday’s record-high temperature had parents and kids scrambling to find ways to cool down.

The hot weather made the Fir Grove SplashPad and Playground a favorite spot with many taking advantage of spray from the water structures.

Parents were more than willing to get the kids out of the house and give them an activity to run off some energy.

About a dozen kids at a time were enjoying the cool water from the spray structures at the splash pad and some were on the playground next to the pad.

Brian Hamlin and his wife, Jammie Hamlin, of Roseburg, brought their 3-year-old son Brody for the second day in a row.

“This is absolutely valuable, this is so much fun,” Jammie Hamlin added.

Shayla Fisher came all the way from Coquille with her two kids — Weston, 6, and Gage, 4 — to visit her sister-in-law, who lives a short distance away from the park. After they finished their shopping, it was a handy spot to let the kids cool down.

“We love this, we don’t have any parks like this where we live,” Fisher said.

Brittany Myers’ two kids — Kambryin, 5, and Serathina, 1, were excited to cool down. Kambryin was ready to take on all the water structures, but Serathina was a little more cautious. Although she still got close enough to get sprayed by the mist a few times.

“It’s nice because we don’t have AC at home, so this is way nice,” Myers said. “It’s really important because I don’t want to take them in the pool.”

Ray Castenada drove all the way from Hillsboro with his 7-year-old son Dante and 4-year-old son Ivan. It’s becoming a tradition for his family.

“We’ve been coming every year,” Castaneda said. “We came (in 2018) to Wildlife Safari and we decided to stay here and explore and we found out it was a place with many parks, a lot of water. We stumbled on Roseburg and we like it.”

For those not prepared for the summer heat, the National Weather Service in Medford predicts that temperatures will cool off the rest of the week.

“(Tuesday) was the hot day, probably the hottest of the string but a weak system is going to move in today and give us a a bit of a marine push, “ meteorologist Jay Stockton said.

Temperatures are predicted to remain in the high 80s for the next few days before inching above 90 on Friday. By Sunday, the high is expected to reach 72 degrees with a chance of showers.