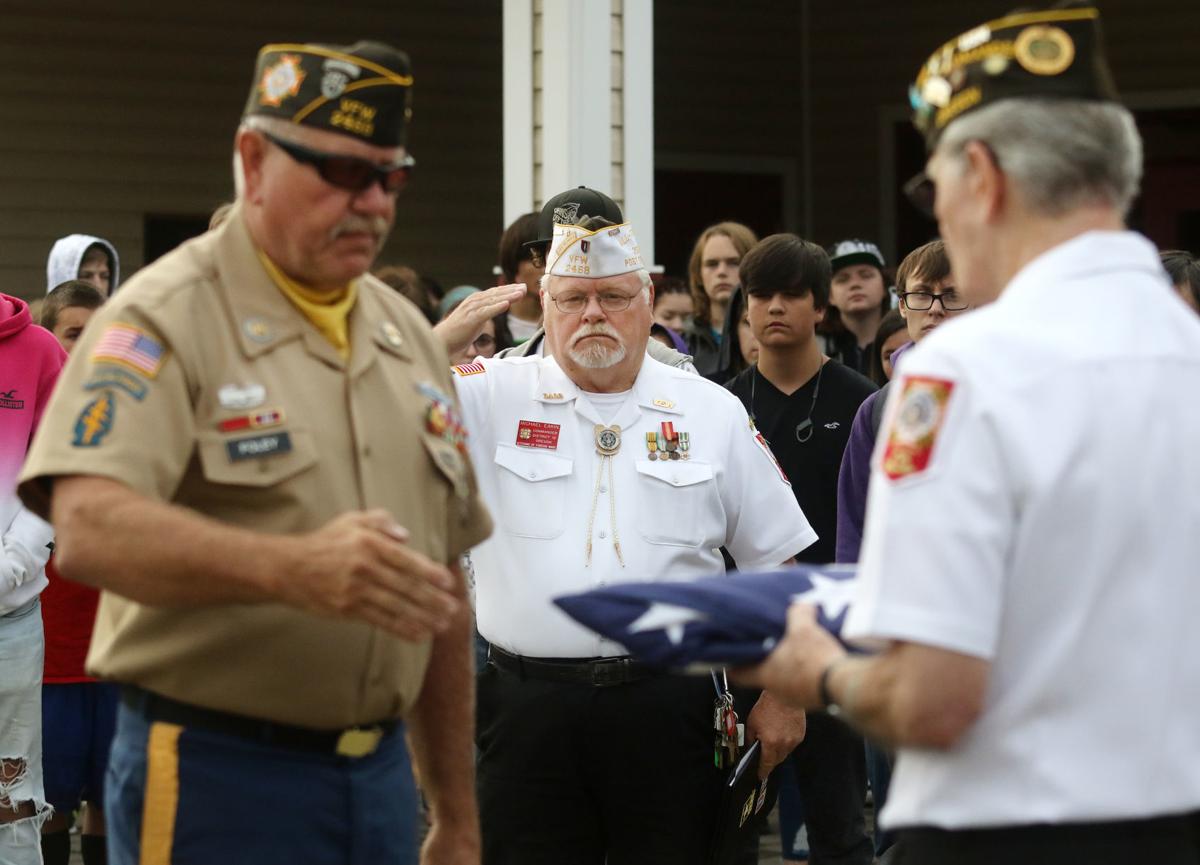 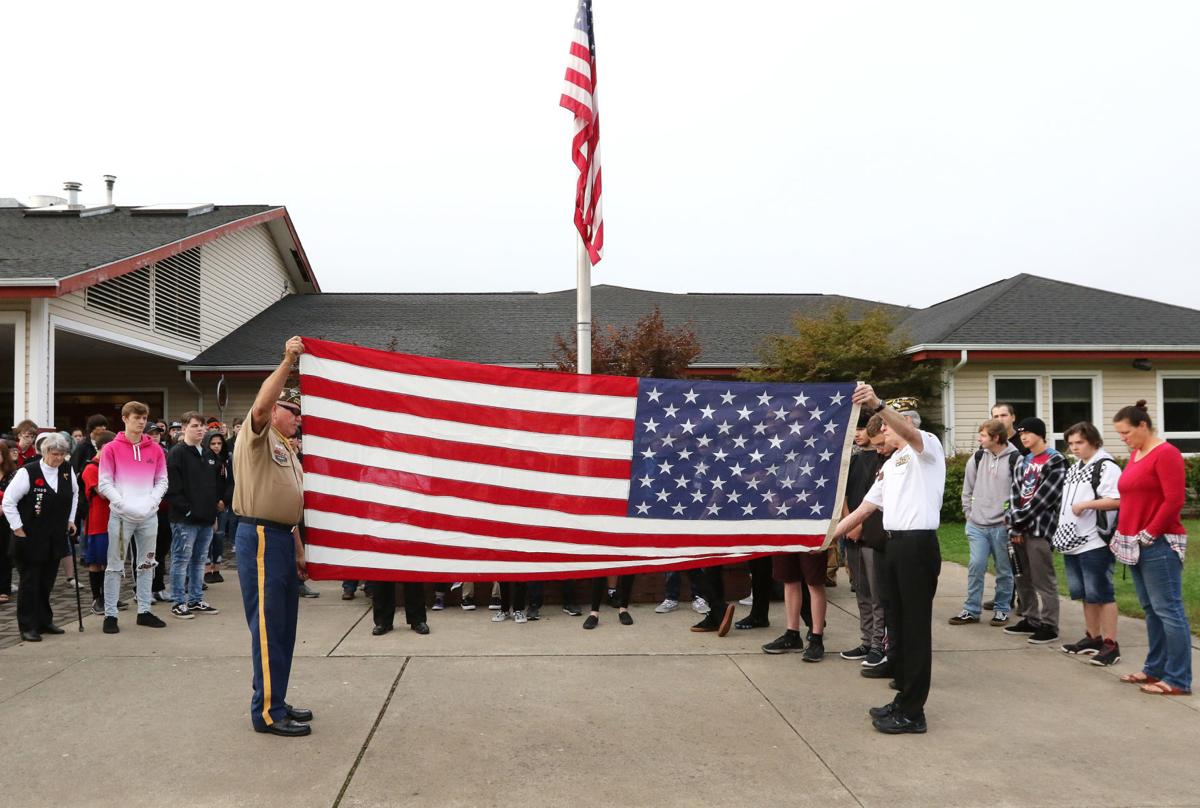 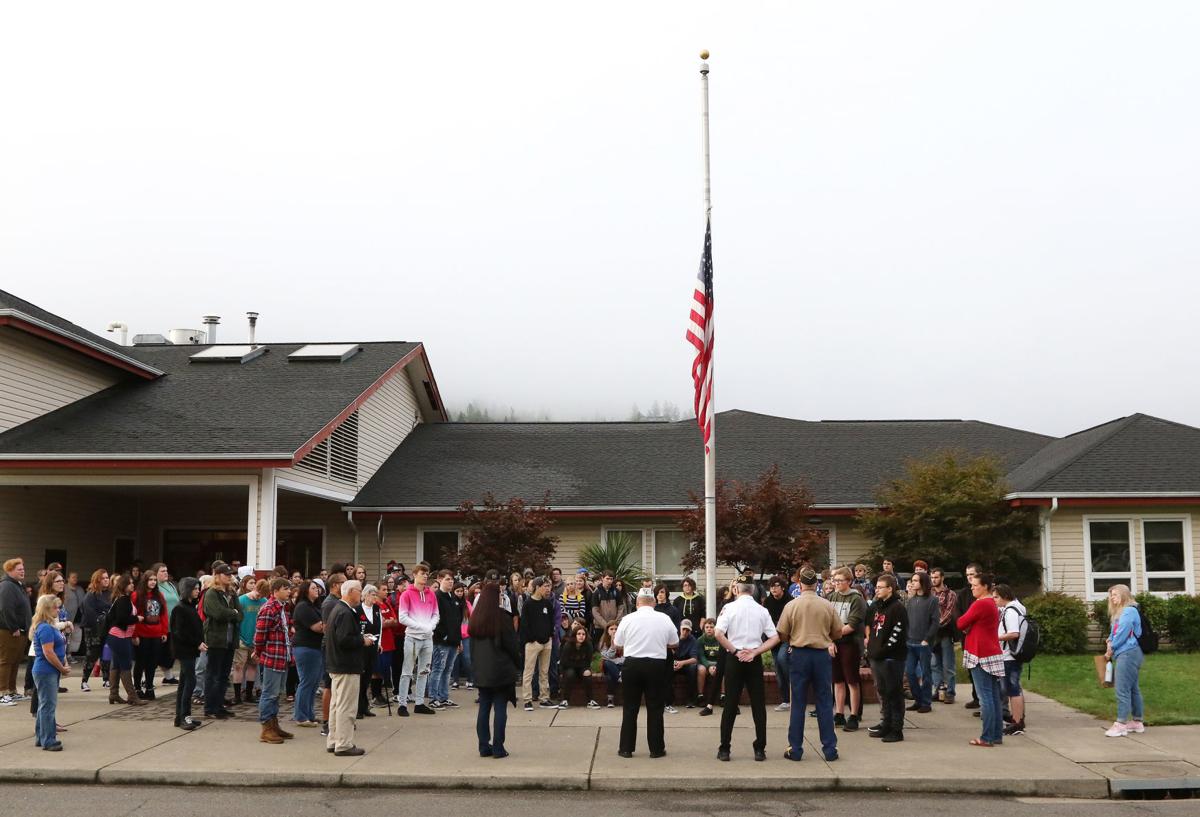 Phoenix Charter School students and staff gather in front of the school Wednesday morning for a Sept. 11 remembrance ceremony. 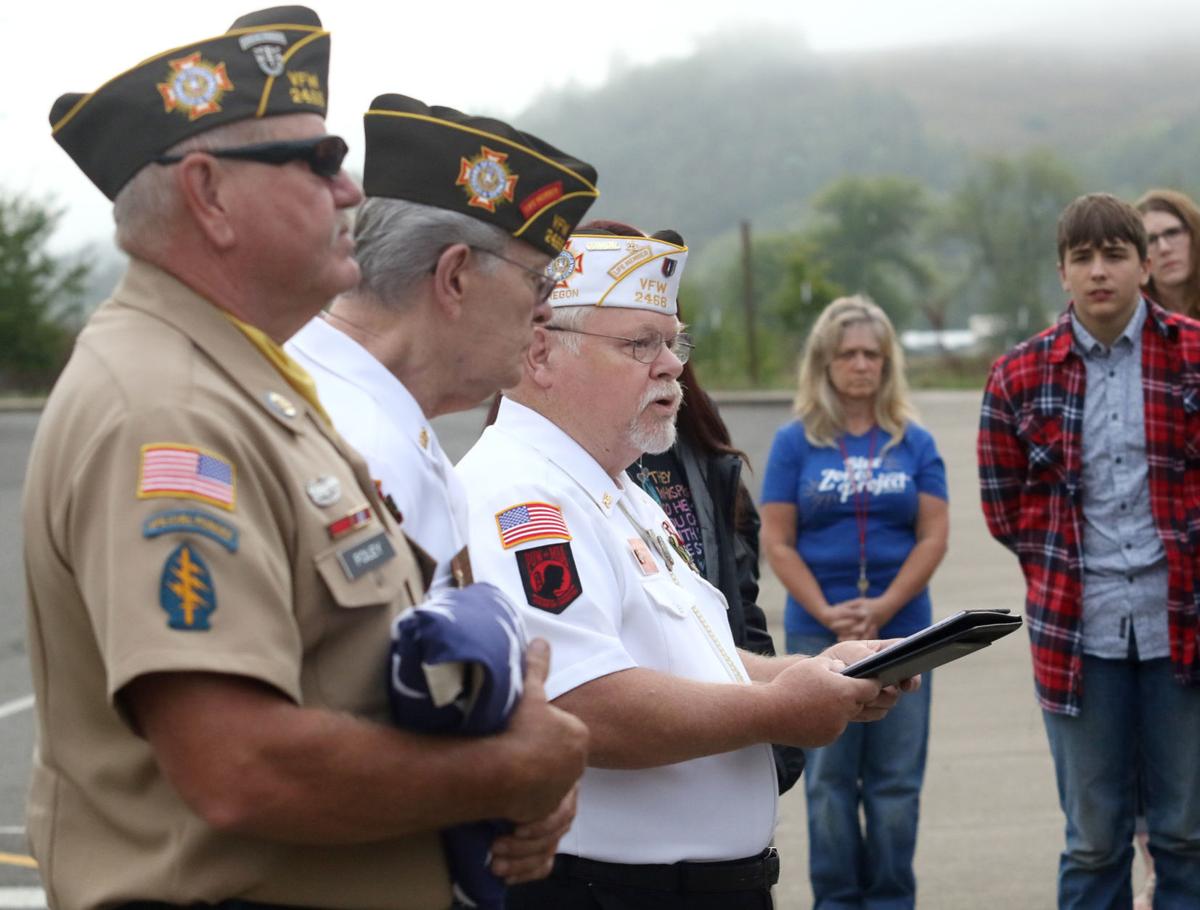 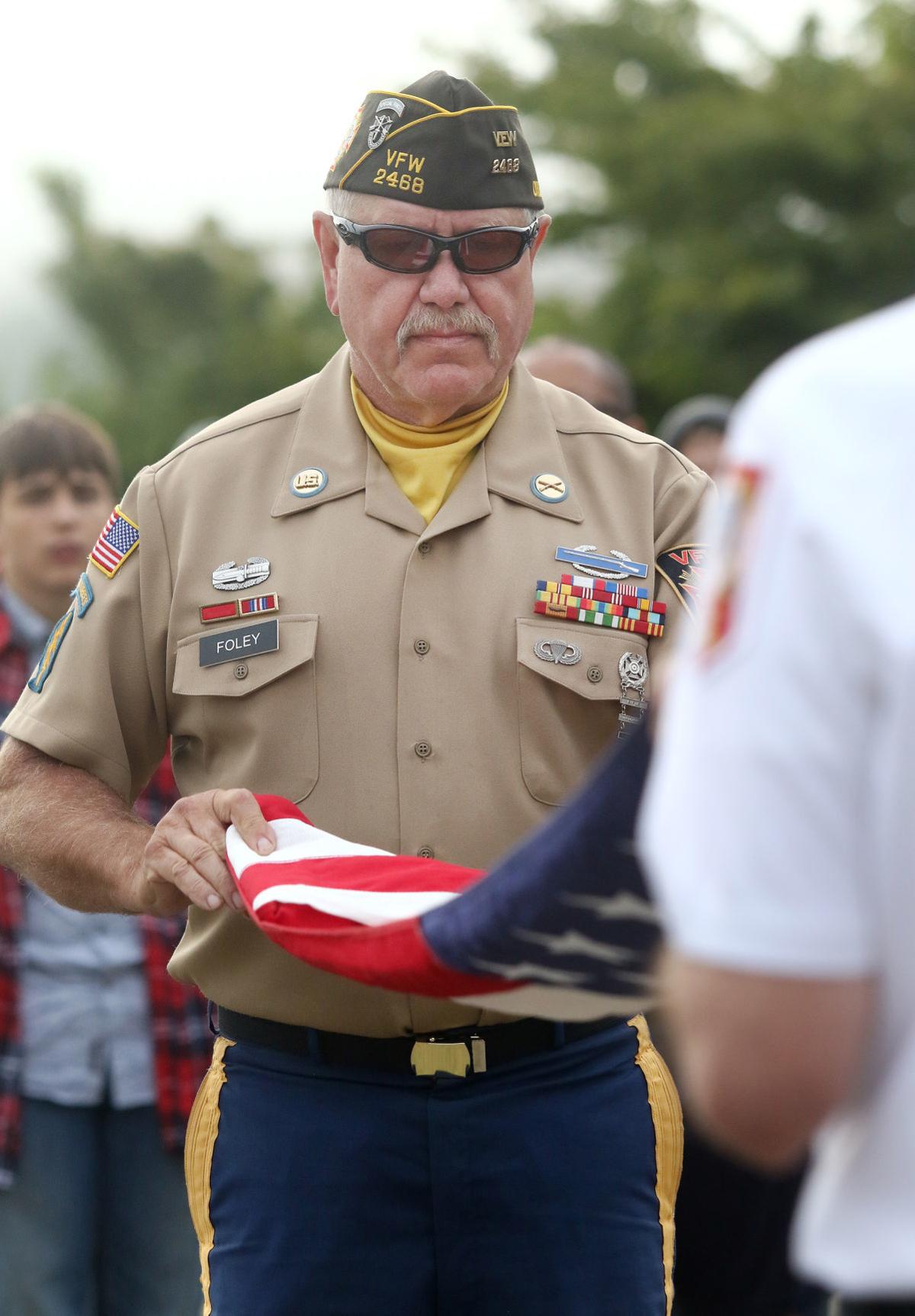 Phoenix Charter School students and staff gather in front of the school Wednesday morning for a Sept. 11 remembrance ceremony.

Most students at Phoenix Charter School were not yet born when the terrorist attacks happened on Sept. 11, 2001.

For Mike Eakin and other members of VFW Post No. 2468, Wednesday’s ceremony commemorating the 18th anniversary of 9/11 was an opportunity to honor those who died and teach about an important day in history.

Eakin gave a presentation followed by a demonstration of the proper folding of the American flag by Dana Foley and Joe Wouters — including what each of the 13 folds represents.

With the flag flying at half-staff, about 100 students gathered around the flag pole in front of the school as Eakin talked about the 2,977 who died from the attacks in New York City, Washington, D.C. and outside of Shanksville, Pennsylvania.

He paused for a moment of silence to remember the victims.

“We honor them and we pledge never ever to forget them,” Eakin said.

Foley, one of three Vietnam veterans who led the observance, said it’s valuable to talk to the students and remind them what sacrifices have been made to preserve freedom.

Sean Strickland, a GED teacher at Phoenix, said it was a great opportunity for the students to hear from veterans who have made the sacrifice for their country.

“Things like this, I think, drive it home because things are comfortable, the students haven’t seen things like previous generations, I think it’s good for them,” Strickland said.

Phoenix Charter School Principal Brandy Osborn said there is great value in having the former soldiers talking to the students.

“I think it’s really important since a lot of them weren’t even born yet (when 9/11 happened), that they see these gentlemen that have served,” Osborn said. “Some of our students want to join military branches, and this is just one piece that they need to see the importance of, and why we’re celebrating and honoring people this day.”