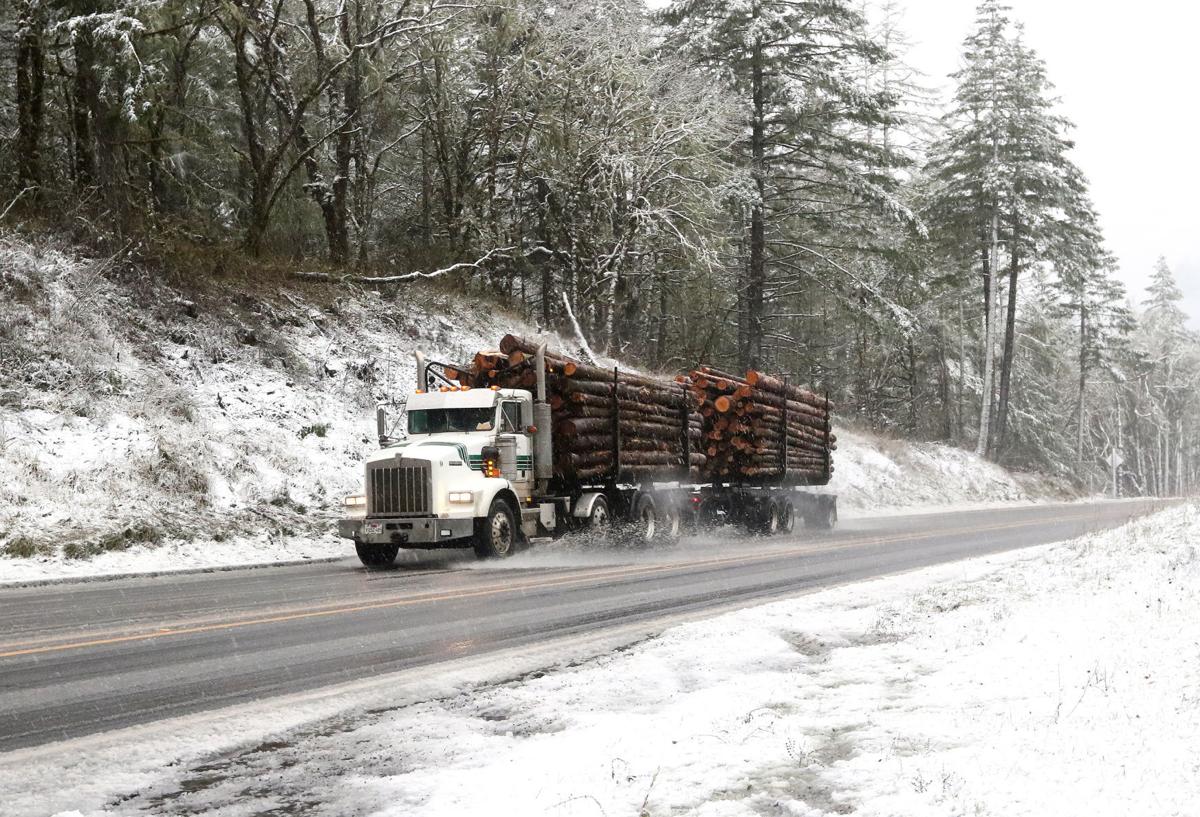 A log truck heads east on Highway 138W at Marvin Hill amid snowfall on Tuesday. A storm Tuesday night did not have a large impact in most of Douglas County, but other Southern Oregon counties were hit hard. 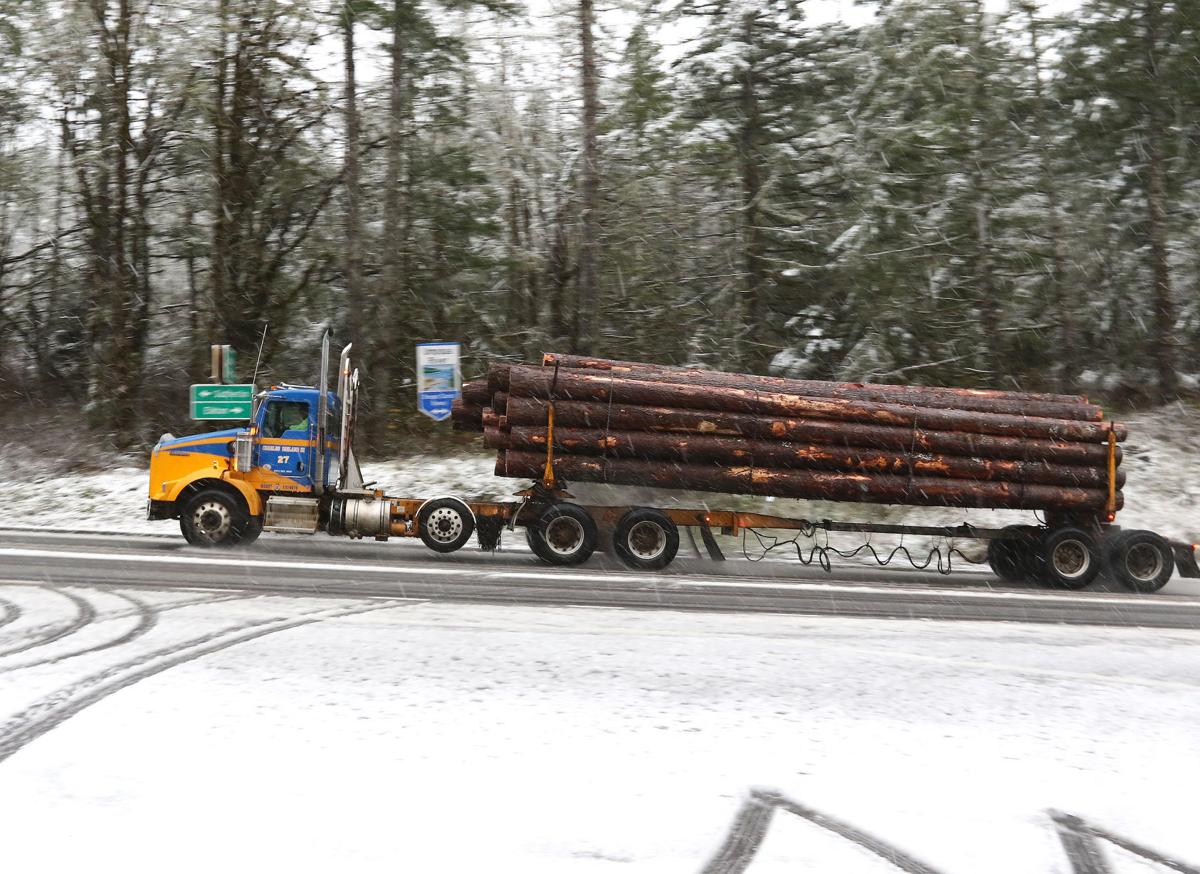 A log truck maneuvers through the snow on Highway 138W on Tuesday.

A log truck heads east on Highway 138W at Marvin Hill amid snowfall on Tuesday. A storm Tuesday night did not have a large impact in most of Douglas County, but other Southern Oregon counties were hit hard.

A log truck maneuvers through the snow on Highway 138W on Tuesday.

The “bomb cyclone” lived up to its hype, bringing high winds and widespread snow to Southern Oregon and Northern California — even packing enough punch to reach into parts of Douglas County.

The storm is wreaking havoc with traffic around Southern Oregon as snow, rain and winds continue to pound the Interstate 5 corridor and southern coastal areas.

Interstate 5 southbound and northbound lanes over the Siskiyous south of Ashland reopened Wednesday morning after being closed overnight, but chains are required. Caltrans in California reported heavy snow, blizzard conditions and crashes near Mt. Shasta. Significant traffic back-ups were observed on road cameras as the Thanksgiving holiday traffic hit the blizzard areas.

Oregon Highway 138E east of Roseburg was closed Tuesday afternoon due to blizzard conditions and downed trees but reopened Wednesday morning. Chains are required on all vehicles except four-wheel drive vehicles.

The Oregon Department of Transportation reported blizzard conditions existed from Toketee east to the Highway 97 junction.

Oregon Highway 62 from Prospect and Oregon Highway 230 to the Diamond Lake Junction were also closed due to blizzard conditions and reopened Wednesday morning.

ODOT officials urge motorists to use common sense and safety. Stay on maintained state highways. Do not use GPS to navigate around closures.

“If an interstate freeway is not passable due to snow, please don’t think an unmaintained or limited winter maintenance road is better,” said Jeremiah Griffin, ODOT assistant district manager.

ODOT also said that Oregon Highways 38, 42, 42S and U.S. 101 are all reporting either downed trees or power lines, though all were open to at least one lane Tuesday afternoon. Numerous spinouts and crashes have been reported on those highways.

As of 6 a.m. Wednesday, Douglas Electric reported 80 members were without power for a couple of hours in western Douglas County near the coast, when a tree fell onto a line. The company had seven others in the North Tenmile Lake area that were without power early Wednesday morning.

Pacific Power officials reported no outages in Douglas County, but the Grants Pass area had 405 customers without power, most of those in the Merlin area. Pacific Power also had spot outages in Coos and Jackson counties.

Approximately 15,000 Pacific Power customers were without service in Del Norte County on the northern California coast Tuesday afternoon in the Crescent City area, where the storm hit the hardest.

Snowfall level is expected to drop to near 1,000 feet in Douglas County on Wednesday, with highs in Roseburg reaching 39 and little or no snow expected on the valley floor.

Masks to be required in all counties in Oregon