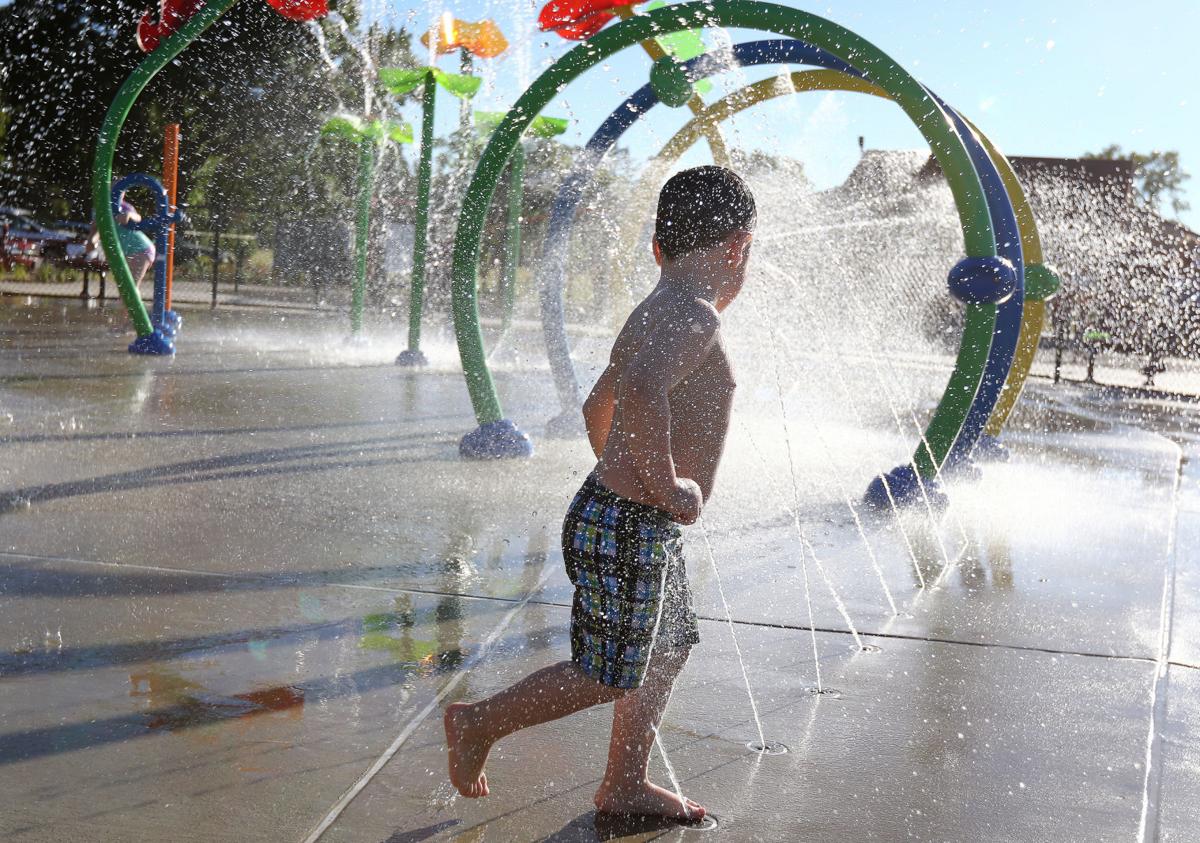 Skylar Ritter, 3, of Sutherlin runs through the splash pad in Fir Grove Park in Roseburg on Tuesday. 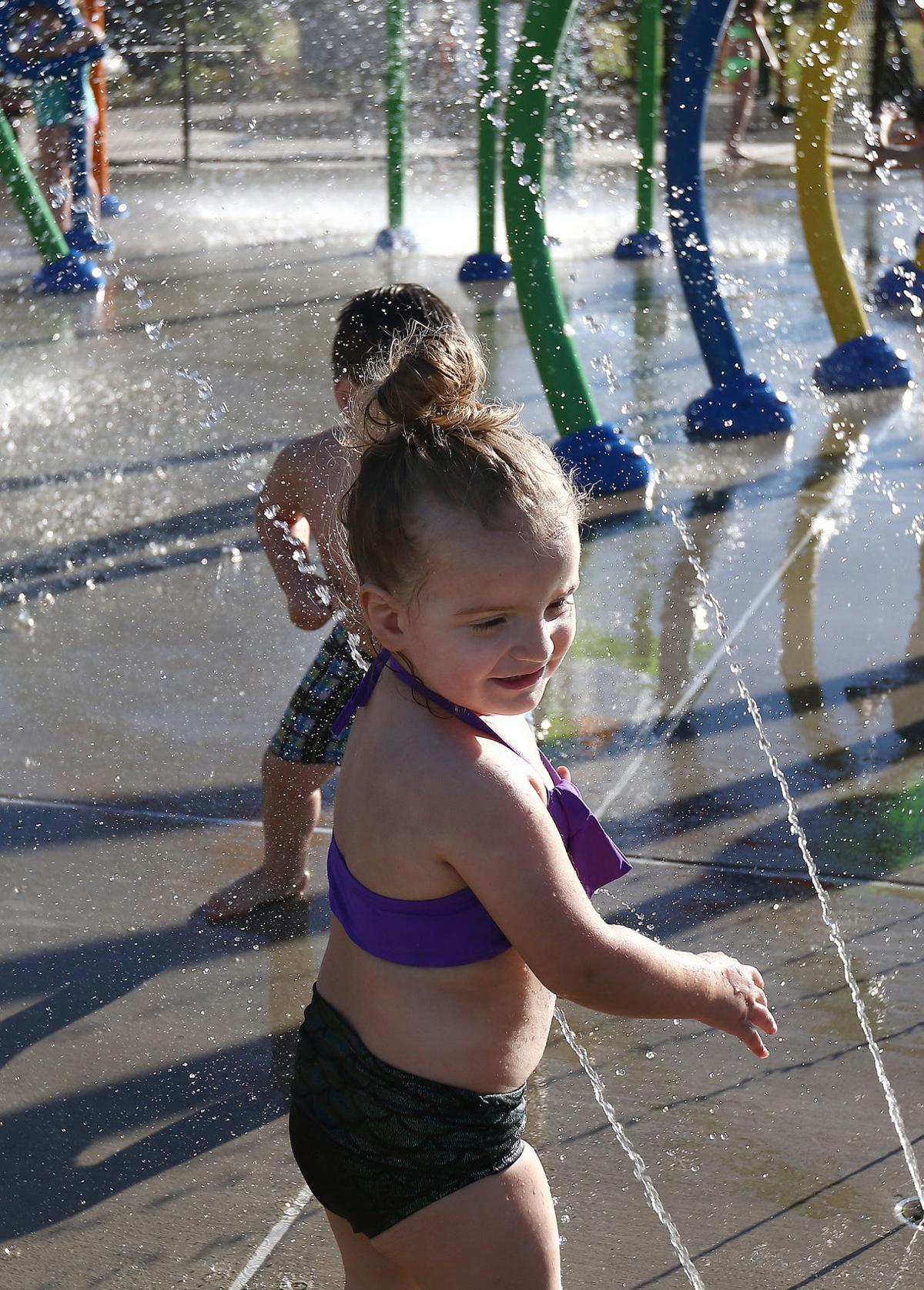 Alex Ritter, 2, or Sutherlin beats the heat at the splash pad in Fir Grove Park in Roseburg on Tuesday.

Skylar Ritter, 3, of Sutherlin runs through the splash pad in Fir Grove Park in Roseburg on Tuesday.

Alex Ritter, 2, or Sutherlin beats the heat at the splash pad in Fir Grove Park in Roseburg on Tuesday.

After a pleasant start to summer in the Umpqua Valley, it’s finally going to heat up, with daytime highs reaching near triple digits later this week.

The National Weather Service in Medford is predicting hot, dry weather through the week, with Thursday being the hottest day, predicted to reach 100 degrees.

Weather service meteorologist Sven Nelaimischkies said the start to summer has been cooler than normal in Douglas County.

“Usually we’ll have a stronger ridge pattern over the top of us with offshore flow,” Nelaimischkies said. “We’ve actually had a couple of weak systems that’s brought some onshore flow off the ocean that’s cooler.”

That’s about to end with more typical summer weather coming this week. The weather service is predicting a high of 98 degrees on Thursday, 97 degrees on Friday, cooling a little to 94 degrees on Saturday, then back up to near 100 degrees on Sunday.

Nelaimischkies said there could be thunderstorms in southern Oregon this weekend, but they are not likely to make it north to Douglas County. He said the Medford and Grants Pass areas, which will probably be over 100 degrees, will likely get hit by the storms coming up from the south.

“That’s not a bad thing for Douglas County, because the fuels are already dried out, and we’re already getting down below 10 percent moisture, and that’s really receptive to rapid fire spread,” he said.

Nelaimischkies predicts above average temperatures and below average rainfall for the rest of July and through August and September.

The average high temperatures in July and August are about 85 degrees with lows around the 50s, but Nelaimischkies said they expect highs near 90 degrees or above through August.

He recommends people take precautions in the hot weather.

“The main thing is stay hydrated,” he said. “Limit outdoor activities, wear loose fitting clothing and check up on elderly and children, who are the ones most susceptible to heat stroke,” Nelaimischkies said. “And of course, never leave a pet or child in a parked vehicle.”

Girl sues her abuser for $2 million