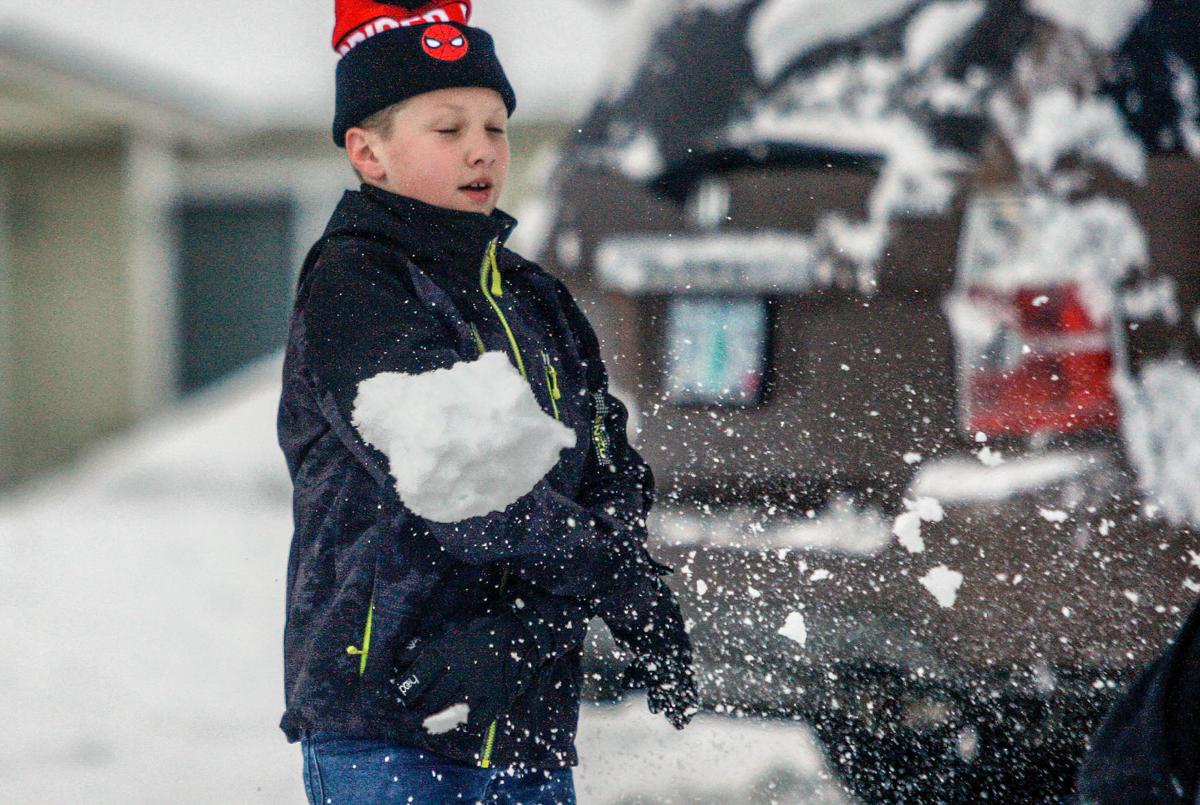 Dorian Kemp, 11, braces for impact from an extra large snow ball tossed by his brother, Julian Solem, not shown, but it passed harmlessly by him. 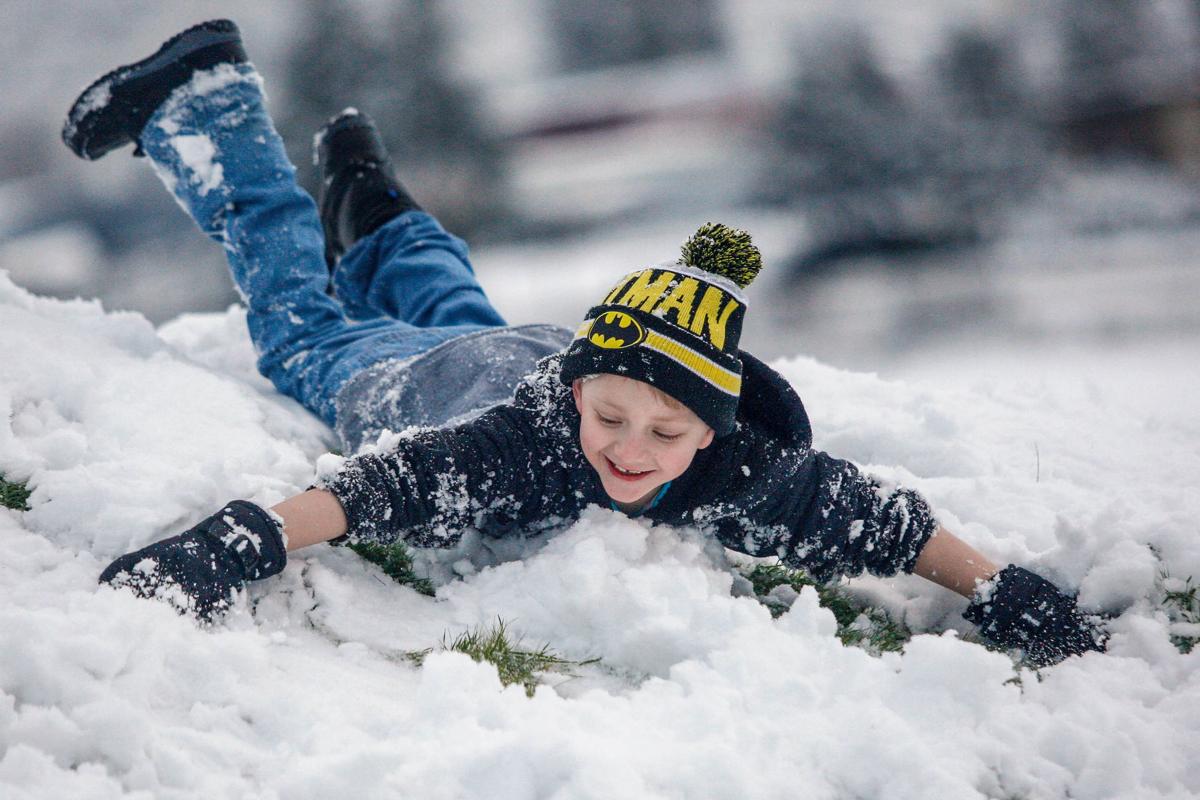 Julian Solem, 7, takes the opportunity to enjoy fresh snow in his Roseburg yard along with brother, Dorian Kemp, after schools were canceled in Roseburg and across Douglas County in 2018.

Dorian Kemp, 11, braces for impact from an extra large snow ball tossed by his brother, Julian Solem, not shown, but it passed harmlessly by him.

Julian Solem, 7, takes the opportunity to enjoy fresh snow in his Roseburg yard along with brother, Dorian Kemp, after schools were canceled in Roseburg and across Douglas County in 2018.

Weather forecasters say the snow level is coming down for the next several days and by early next week there is a possibility of some snow hitting the valley floor in Douglas County.

The snow level should stay above 2,500 feet through Sunday night before dropping to about 2,000 on Monday, according to the National Weather Service.

That means the passes between Roseburg and Grants Pass, which are near 2,000 feet, could get a good dose of snow Sunday night and into Monday. But that could get worse on Monday night and Tuesday morning when the level drops to about 800 feet.

That’s still about 200 feet above Roseburg, but some of the snow could make it to the valley floor.

Sven Nelaimischkies, a meteorologist with the National Weather Service in Medford, said he is not expecting an accumulation in Roseburg, but drivers should still be prepared just in case.

“By Tuesday morning snow levels should be around 800 feet, so the amounts we expect (at that elevation) are maybe around an inch,” he said.

The hills around Roseburg should get a good covering of snow, but the buildup is not expected to be anything like the storm last February that piled up feet of snow, brought down trees and knocked out electrical service for weeks for some residents.

The mountains are expected to get a lot of snow, which could make for tough travel conditions. The snow is needed, however, with most of the state being well below average for snowpack levels. Crater Lake has a possibility of blizzard conditions Friday night and Saturday and heavy snowfall is expected all the way through at least Tuesday with high temperatures staying well below freezing and low temperatures dipping into the low- to mid-teens.

Park officials said visitors should use extreme caution if they plan to travel to the park over the weekend or consider coming another time.

“We’re glad to be getting some much-needed snow,” said Marsha McCabe, a spokeswoman for Crater Lake National Park.

Nelaimischkies said if travelers are driving over passes in Southern Oregon or into the Cascades, be prepared to drive in the snow.

“Once we get into Tuesday night, we still see some low level snow but amounts are very light,” he said.

The weather pattern is expected to remain active with low level snow, but still above the valley floors through Thursday night of next week.

The weather pattern is expected to remain active throughout the week, but snow levels won’t creep as low.

Nelaimischkies said the temperatures are not going to be extremely cold dropping into the 30s and the best chance of snow in Roseburg is probably Monday night or early Tuesday morning, and the coldest morning will be on Wednesday when the temperature is expected to drop to near freezing in Roseburg.

Oregon Department of Transportation officials said motorists should have traction tires or carry traction devices when traveling into the high elevations of Southern Oregon and check travel conditions and road restrictions before travelling.

Changing the way to view and treat dementia