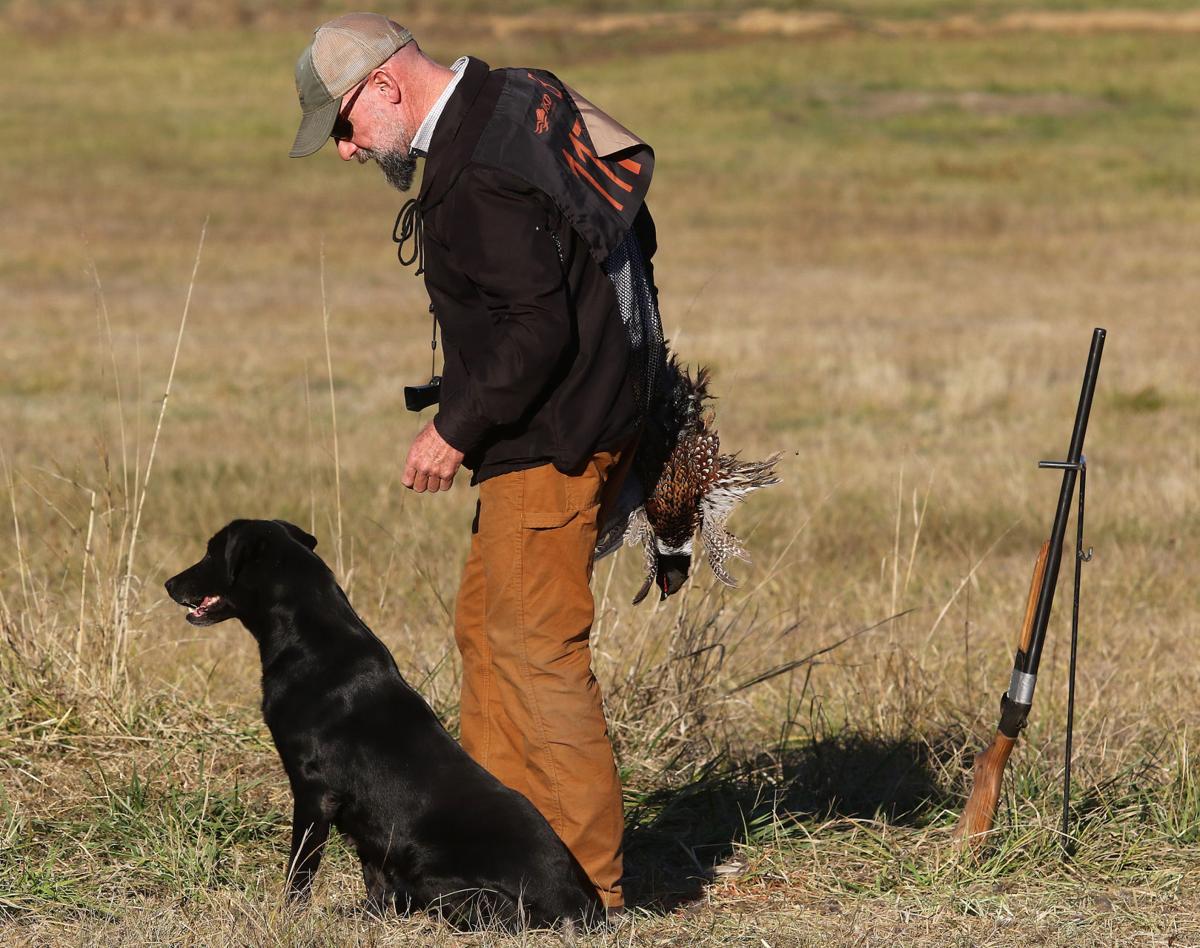 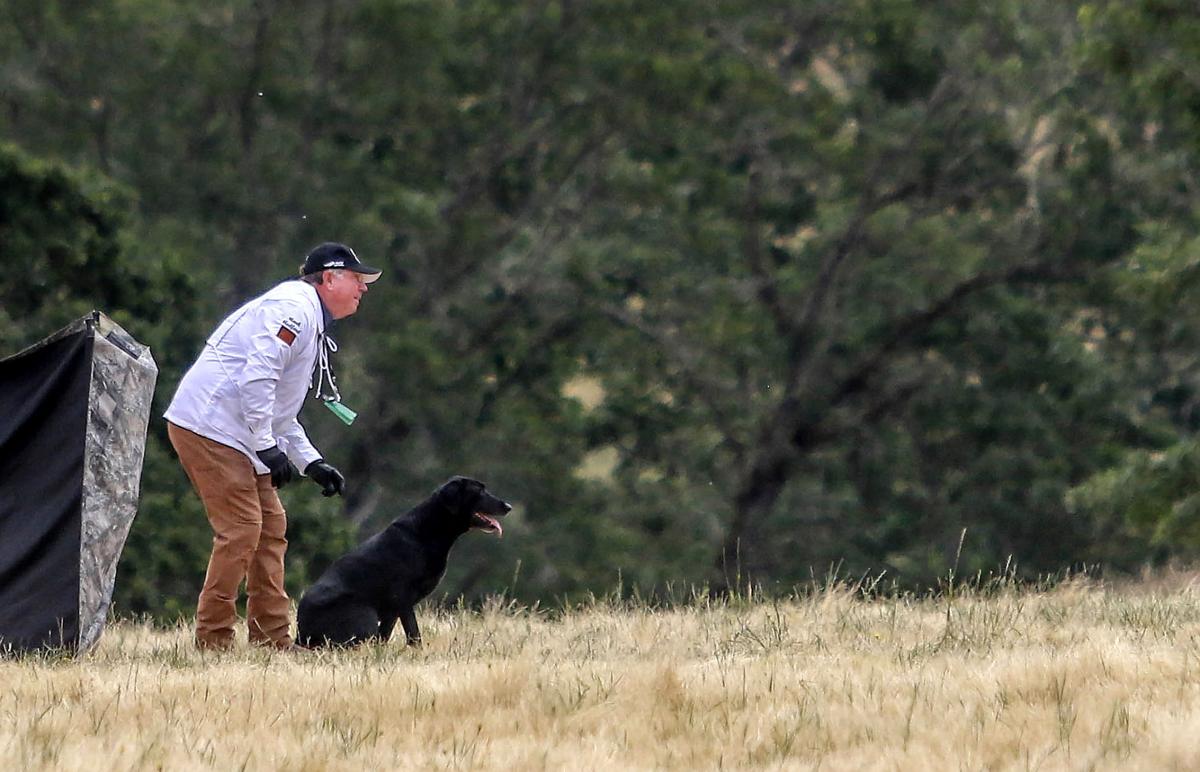 A black lab waits for the signal from his handler before retrieving a pheasant during the National Amateur Retriever Championships in 2018 near Roseburg. 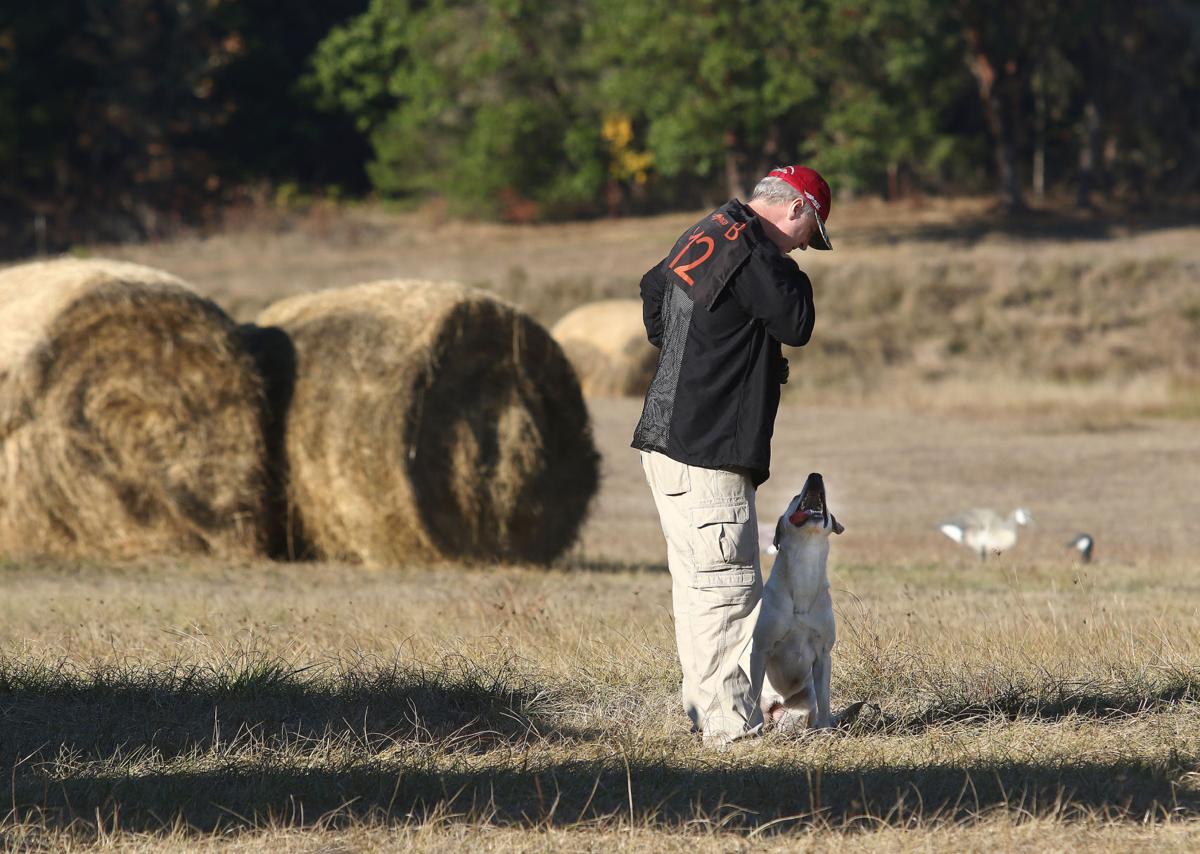 Mickey Lathem of Birmingham, Alabama, and dog Dixie take a moment after competing in the Master National American Kennel Club retriever competition in Lookingglass in 2018. 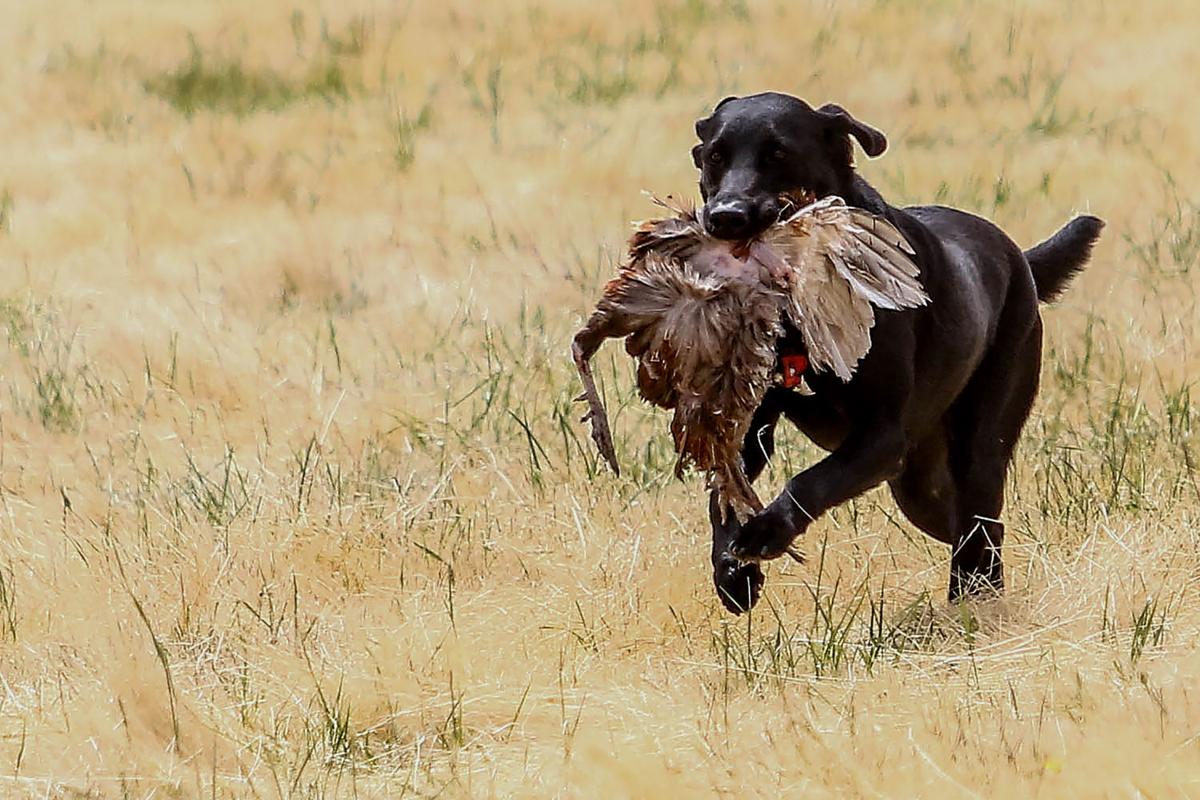 A lab returns with a pheasant during the National Amateur Retriever Championships in 2018 near Roseburg.

A black lab waits for the signal from his handler before retrieving a pheasant during the National Amateur Retriever Championships in 2018 near Roseburg.

Mickey Lathem of Birmingham, Alabama, and dog Dixie take a moment after competing in the Master National American Kennel Club retriever competition in Lookingglass in 2018.

A lab returns with a pheasant during the National Amateur Retriever Championships in 2018 near Roseburg.

Retriever dogs will be in the spotlight, and in the sunshine, at this weekend’s Umpqua Valley Retriever Club’s Father’s Day Hunt Test.

The Saturday and Sunday event, to be held on Strader’s French Creek Ranch just east of Glide, has an entry list of 122 dogs. Most of the canines are Labradors, but there will also be a few golden retrievers, Chesapeake retrievers, Irish water spaniels and poodles who will test their skills on land and water.

Representing the Umpqua Valley club in the tests will be Douglas County residents Don Aker, Kevin Bunnell, Steve and Susan Souder, Mike Swett and Averi Wratney and their dogs. There will also be teams from elsewhere around Oregon and from California, Washington, Nevada and Idaho.

“It’s a high-quality event,” said Bunnell, one of the founders of the Umpqua Valley Retriever Club that was established in 1993. “The club is one of the most organized retriever clubs on the West Coast and it puts on a quality test. The event will run like clockwork.”

The dogs and their handlers will test the course from 8 a.m. to 5 p.m. Saturday and from 8 a.m. to 3 p.m. Sunday. Sixty-six dogs will be tested at the Master level, 31 dogs at the Senior level and 25 at the Junior level.

“At the Master level, many of the dogs are trying to qualify for the Master National Retriever Club Hunt Test in Idaho in September,” said Annette Pacheco, president of the Umpqua Valley Retriever Club’s board of directors.

Pacheco explained that Master level dogs have in previous tests successfully retrieved multiple marks and multiple blind retrieves during the same run. At the Senior level, the dogs are progressing in their training and ability to work as a team with their handler, responding to whistle and hand signals to retrieve birds on land and in water. At the Junior level, the dogs are at least 6 months old and are in the early stages of their training to retrieve.

The Junior dogs will be tested on Saturday. If they meet the standard set by the American Kennel Club for that level in their first run, they’ll earn a second test.

The Senior dogs will be tested on Sunday. They also must meet an AKC standard for that level in order to earn a second run.

Master dogs will be tested on both days. They must meet the AKC standard for the Master level to earn a second test and could earn a third run if they meet a second standard.

“The dogs are judged against a standard, not against each other,” Bunnell said. “It’s basically a Labrador game, but you can play the game with other specific retrieving breeds. The AKC recognizes about 20 different retrieving breeds.”

In the past this event has drawn 200 dogs, but due to the lack of water this year only three of five ponds on the property are available for the test runs so entries were limited. Club members have worked on the ranch property over the past 20 years to develop and enhance the ponds and to clear brush and blackberry vines to make it a safe venue for the dogs to safely run, swim and retrieve the birds and marks.

Some pen-raised live birds will be used in the tests. Expert shooters will bring the birds down in pre-determined areas for the dogs to then retrieve.

There is no admission fee.

“Come out and watch and enjoy. It’s a fun sport to watch,” Bunnell said.

“We are very appreciative of the support we get from the community and from the local businesses,” Pacheco said. “This event, in turn, supports them economically.”