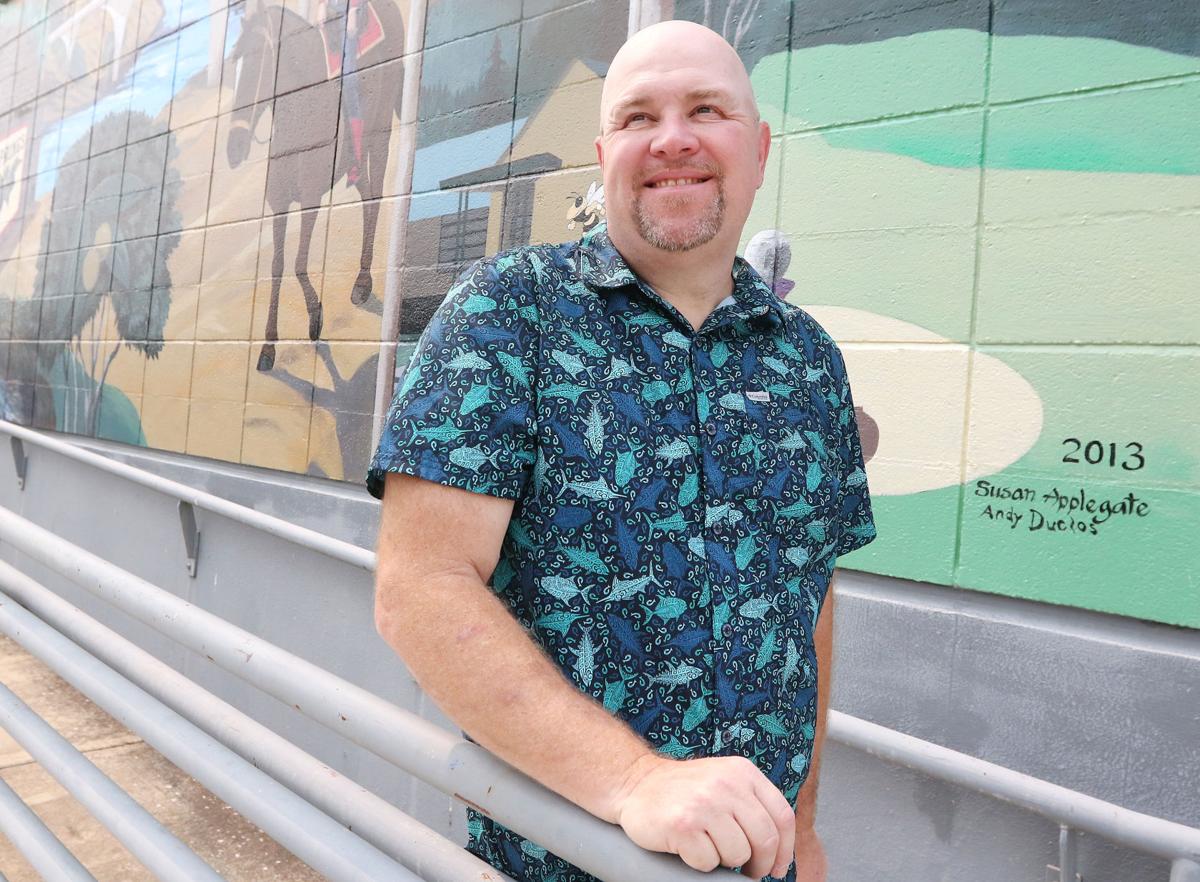 Myrtle Creek Mayor Matthew Hald poses for a photograph next to City Hall in Myrtle Creek. 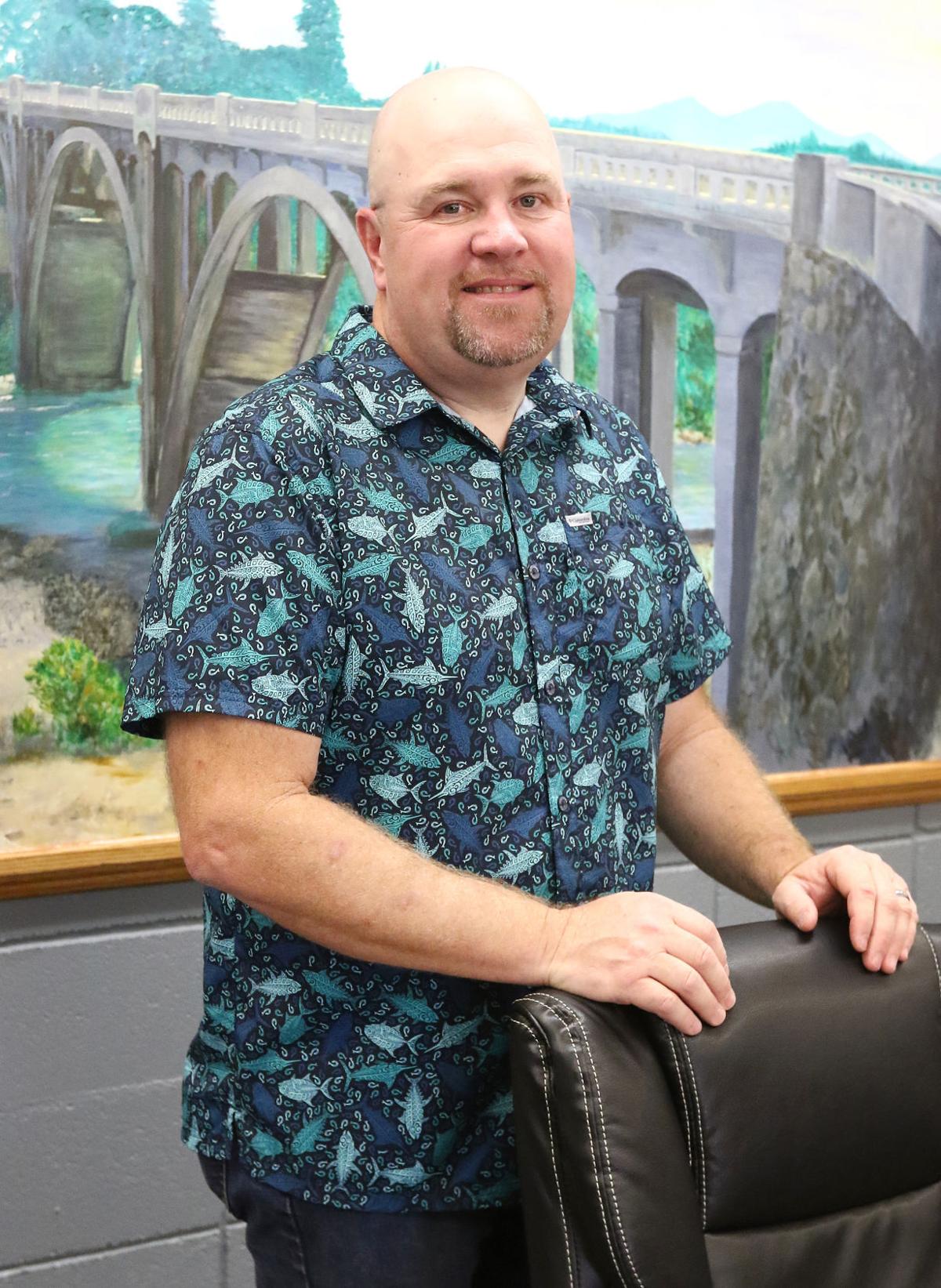 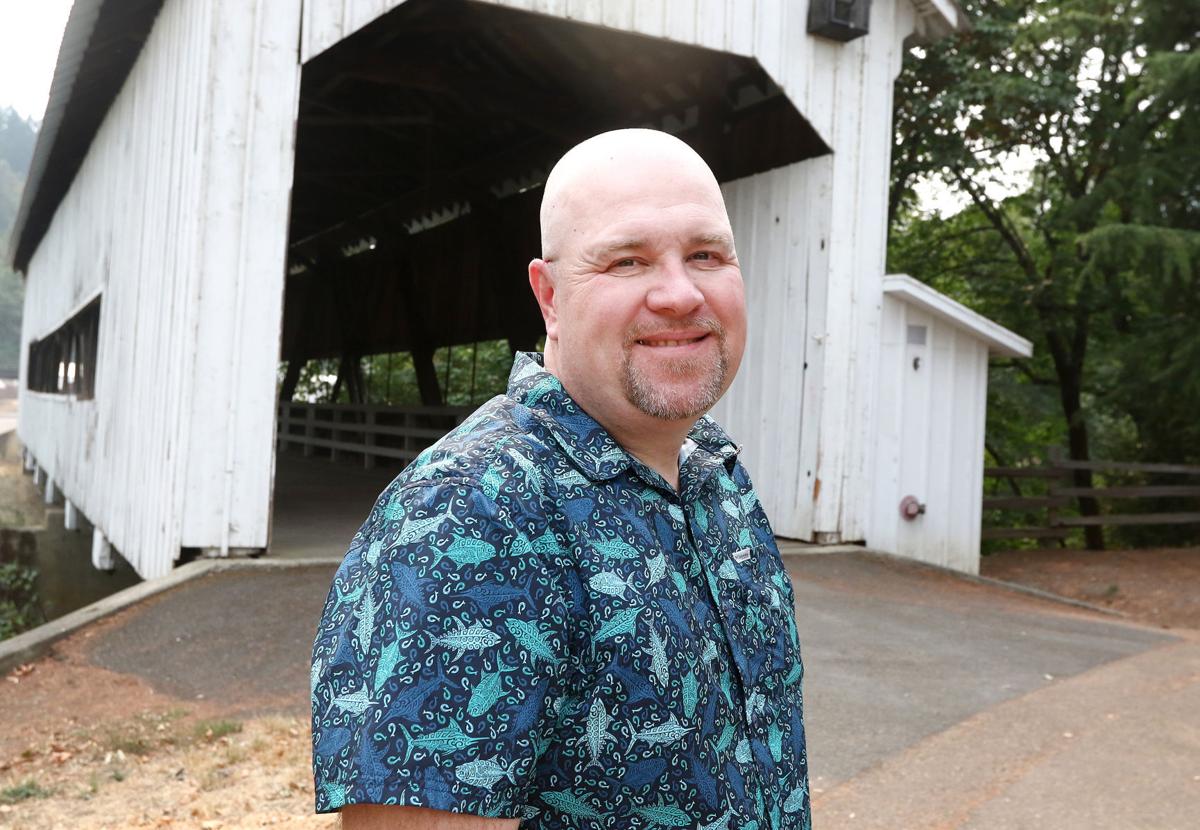 Myrtle Creek Mayor Matthew Hald poses for a photograph next to City Hall in Myrtle Creek.

Christmas was less merry than hairy for organizers a couple of years ago at the annual Myrtle Creek tree-lighting celebration.

Mayor Matthew Hald was due to arrive as Santa Claus, on a fire truck with lights and sirens going. But something else happened first.

Negherbon and others swiftly ushered the renegade St. Nick out of sight. The tree lit up as planned. Hald made his entrance and began greeting families. Then the imposter returned.

“Matt was unaware of what was going on, due to his being staged up on the fire truck,” Negherbon said. “So it was kind of funny when Bad Santa crashed his party.”

Competition for the spotlight was far less fierce in the 2018 Myrtle Creek mayoral election. No candidate stepped forward when then-Mayor Ken Brouillard decided not to run for another term.

Hald (rhymes with “walled”) said he had been living in Myrtle Creek for a little more than a year when his neighbor strolled over with a question. City Councilor Henry Stevens asked Hald if he would consider being a write-in candidate for the mayor’s seat.

“I told Henry I didn’t have time to go out and collect votes, and I don’t know a lot of people (in town),” Hald said. “He said, ‘Don’t worry; I’ll sing your praises.’”

A week after Election Day, Hald was declared the winner with 41 write-in votes. It was a surprising turn of events for a man whose local public service up to that time consisted of three months on the city’s parks commission.

Stevens said he proposed the plan to Hald after observing him as a neighbor and concluding he was a “pretty sharp young guy” with an impressive demeanor.

“He’d shown that he was interested in the community,” Stevens said. “And I just thought … let’s see what he can do.”

Born in Portland 53 years ago, Hald grew up in St. Helens, on the Oregon side of the Columbia River. He served as senior class president in 1985-86 at St. Helens High School. At age 22, Hald was hired as a police officer in his hometown. He enjoyed many of his duties as a patrolman. But the job had its challenges as well.

“You do sometimes see people you know at their worst, unfortunately — or deceased,” he said.

After 13 years in law enforcement, three of them in the small Oregon town of Clatskanie, Hald decided it was time to find a job with hours more suited to family life. He worked for a while in construction with his father, but a slump in the building industry forced him to reconsider. He became a membership supervisor for Costco stores in first Portland, then Salem.

Eventually, he decided to get training and licensing as a home inspector. He now owns and operates Superior NW Home Inspections. In 2019, it was selected by the regional branch of the Better Business Bureau for a Spark Award. The BBB describes the honor as “a signal to the community that (a) business or organization meets a higher standard of trust.”

The Halds moved from Keizer to Myrtle Creek in July 2017 when Brenda Hald took a supervisory position with the state parole and probation office in Douglas County. The two had wed in 2013.

Given his background as a police officer, Hald usually stays calm regardless of what he encounters during home inspections. He isn’t claustrophobic and doesn’t fear spiders. He is aware, though, that rattlesnakes live in the region.

One Myrtle Creek house that was vacant for three months had been overrun with rats, a favorite food of certain reptiles. As he re-entered an attic at eye level, Hald found a 4-foot snakeskin atop a piece of plywood, about 6 inches from his nose. The skin hadn’t been there a few minutes ago.

“I was glad no one was in the house to hear me squealing,” he said.

Cries of distress are rare from Hald. Stevens said he’s seen the mayor under pressure several times at council meetings, and Hald is always cool and collected.

“He can get along with just about anybody,” Stevens said. “I’m pleased to say he presents the community with a bit of flair and courtesy.”

Hald is a frequent attendee at town events and is active with the city’s chamber of commerce and visitors association. One of his priorities as mayor is to boost business in Myrtle Creek’s downtown, as well as the Highway 99 corridor between it and Tri City.

As much as he enjoys his municipal role, Hald nevertheless looks forward to the day he can start winding down his business and do more traveling.

Spending time with family is his preferred pastime. Hald has two daughters from a previous marriage. One is in the Navy, stationed in Japan, and the younger attends high school in Southwest Washington.

He and his wife enjoy spending time with their two dogs in any rustic location – the mountains, the ocean, or by a river or lake.

One person who wouldn’t be surprised by Hald’s current title is his high school history teacher. She predicted back in the 1980s that he could be a great leader – with one caveat.

“Mrs. Gardner said, ‘You have to lead in the right direction,’” Hald recalled. “That’s always stuck with me.”

Question: What U.S. city or state is highest on your bucket list?

Answer: Alaska. I would love to fish for king salmon on the Kenai River.

Q: What’s something you no longer have that you wish you’d kept?

A: I lost a pocketknife my grandfather gave me when I was a little kid. I still have hopes of finding it.

A: “Life’s a Dance,” (sung) by John Michael Montgomery.

Q: You can only watch one movie for the rest of your life. What is it?

A: My favorite of all time is “The Wizard of Oz,” but the one I watch over and over is “Tombstone.”

Q: Name a skill or talent you have that very few people know.

A: I’m a bit of a trivia junkie. I’d be a good phone-a-friend guy for “Who Wants to Be a Millionaire.”

Q: What contest do you hope never to have to judge?

A: Cutest baby. Even if you have one in mind, the other moms and family members would be devastated.

Q: What five words do you want in your obituary?

A: Loyal, devoted and loved life.