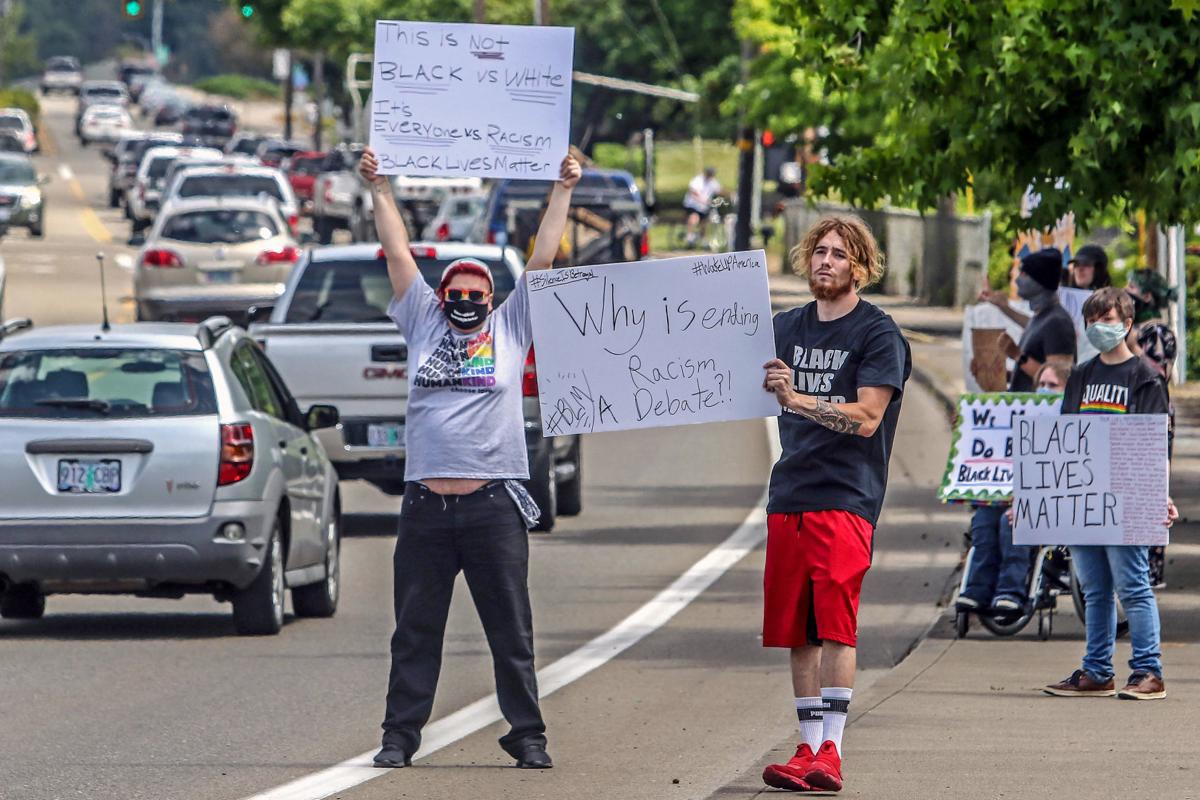 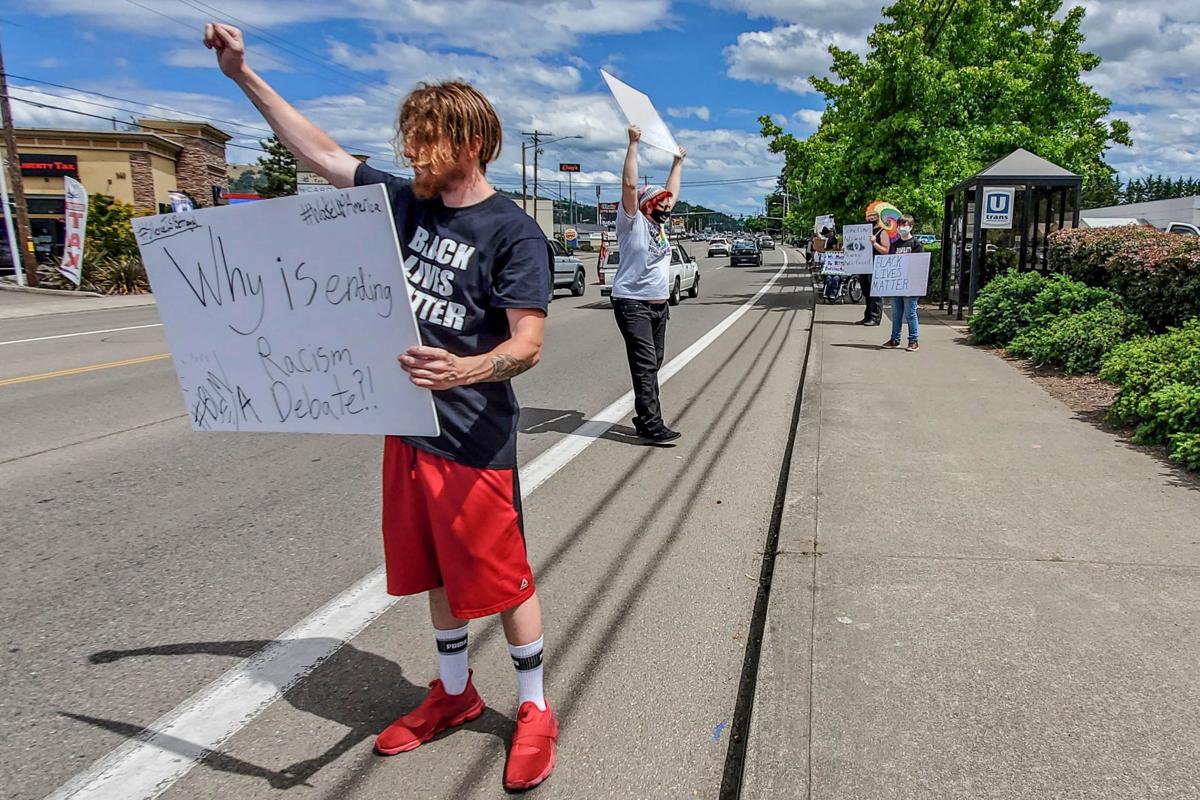 A Black Lives Matter protest attracted as many as an estimated 100 participants Wednesday, according to organizer Juniper McDonald. People held signs along Northwest Garden Valley Boulevard in front of Fred Meyer, drawing mostly support from passing motorists. It’s the latest in a number of protests, large and small, across the world after the death of George Floyd.

We've seen the protests turn into violence all too often. Even under Obama.

The protestors are even burning the businesses owned by minorities.

This is just unemployed people acting out.

We have one MILLION people on Medicaid in Oregon with a total population of only 4.3 million.

All the inner cities are becoming filthy.

Get a job, protestors. If you care so much about America, go work in the fish canneries or on the farms.

The fish cannery at Newport has employees who cannot even be understood. They speak a language so rare from Guatemala that there are not currently translators.

Go down there or to other places where there are good jobs - and represent Americans.

Washington County has many good jobs for English speakers.

Why not simply repeal the "Officer's Bill of Rights" and "Qualified Immunity" that prevents law enforcement from being fired from their jobs or sued for their crimes. That would prevent future demonstrations and riots which are sure to happen until those two laws are changed.

The protestors are out of control. They are burning down the businesses owned by blacks and other minorities. They should have to pay the damages, not the rate payers of insurance companies, which includes innocent people.

There is a website (below link) that communicates the volume of recent police misconduct. This website has collected over 440 cell phone videos (and counting) showing police violence upon protesters, the vast majority of it unwarranted and unnecessary, most occurring since protests began two weeks ago. And the author of the website says he has another 1,000 videos sent to him that haven’t been opened yet.

At least ten of the videos captured police shooting out the eye of someone with non-lethal weapons, blinding them permanently in at least one eye. At least one was a reporter. One person was merely watching the demonstrations when police shot out her eye from inside the police car. At least eight of the videos captured police shooting children, most from point blank range, with their non-lethal weapons. While these incidents and many more were captured on video, you can only imagine how many were missed.

This kind of documentation serves as a counter-narrative to repeated denials of responsibility from the police, who are routinely claiming protesters were the ones to grow violent first, or that a man who they pushed to the ground, cracking his head open, simply tripped. It also combats media coverage that downplays police violence or even goes to lengths to obfuscate what police have done.

Will there be lasting effects? Will those children shot by police and those people blinded by police ever respect law enforcement again? It’s likely they will pass on their hatred and scars for generations to come. The police are their own worse PR enemies. They are turning the tax paying, voting public against them.

Unfortunately, with leaders in most major cities turning their own nonblinded eyes to the violence enacted against protesters by the police, and with law enforcement itself deliberately muddying the truth, it seems that the need for this kind of footage (and the amount of it in circulation) is only going to increase. At the very least, we know that many, many people are watching. And many people, including future leaders, won’t be able to forget what happened to them.