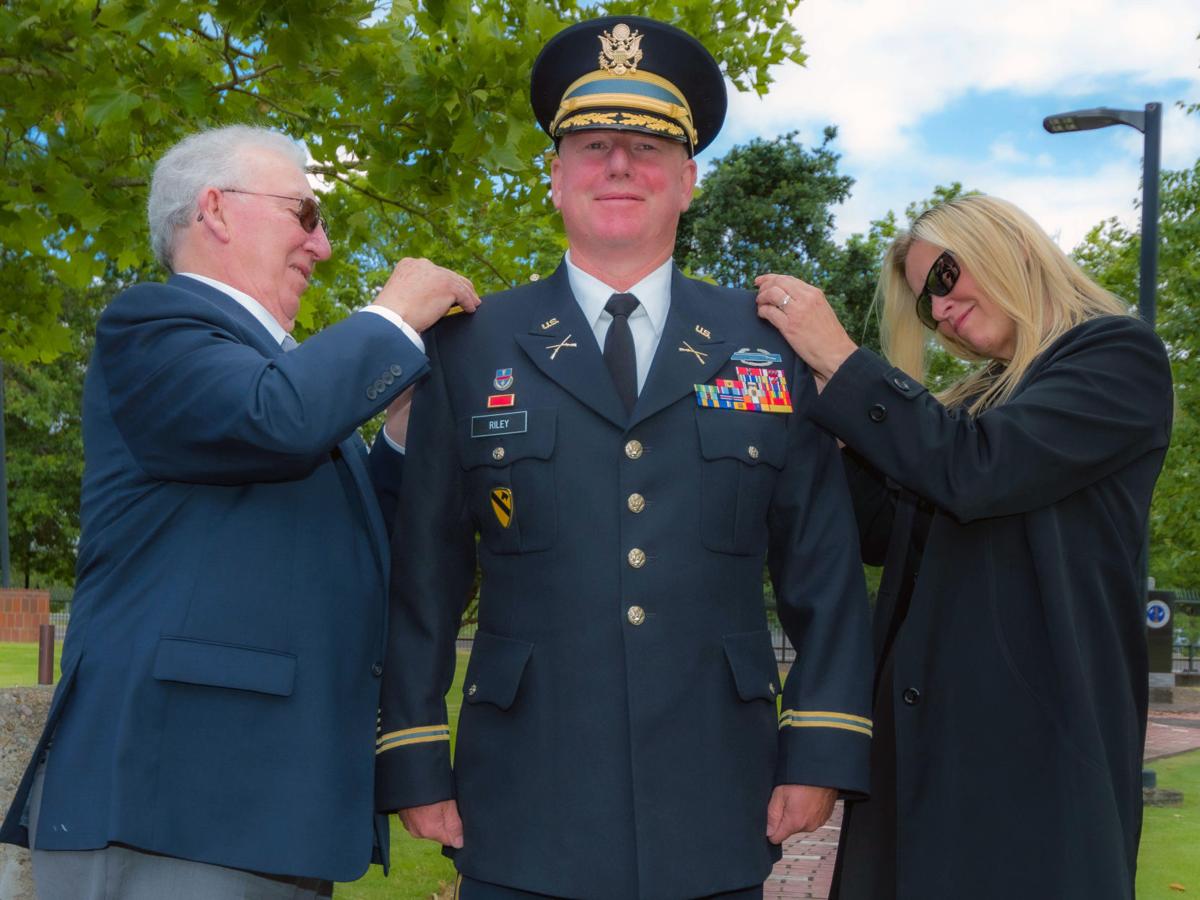 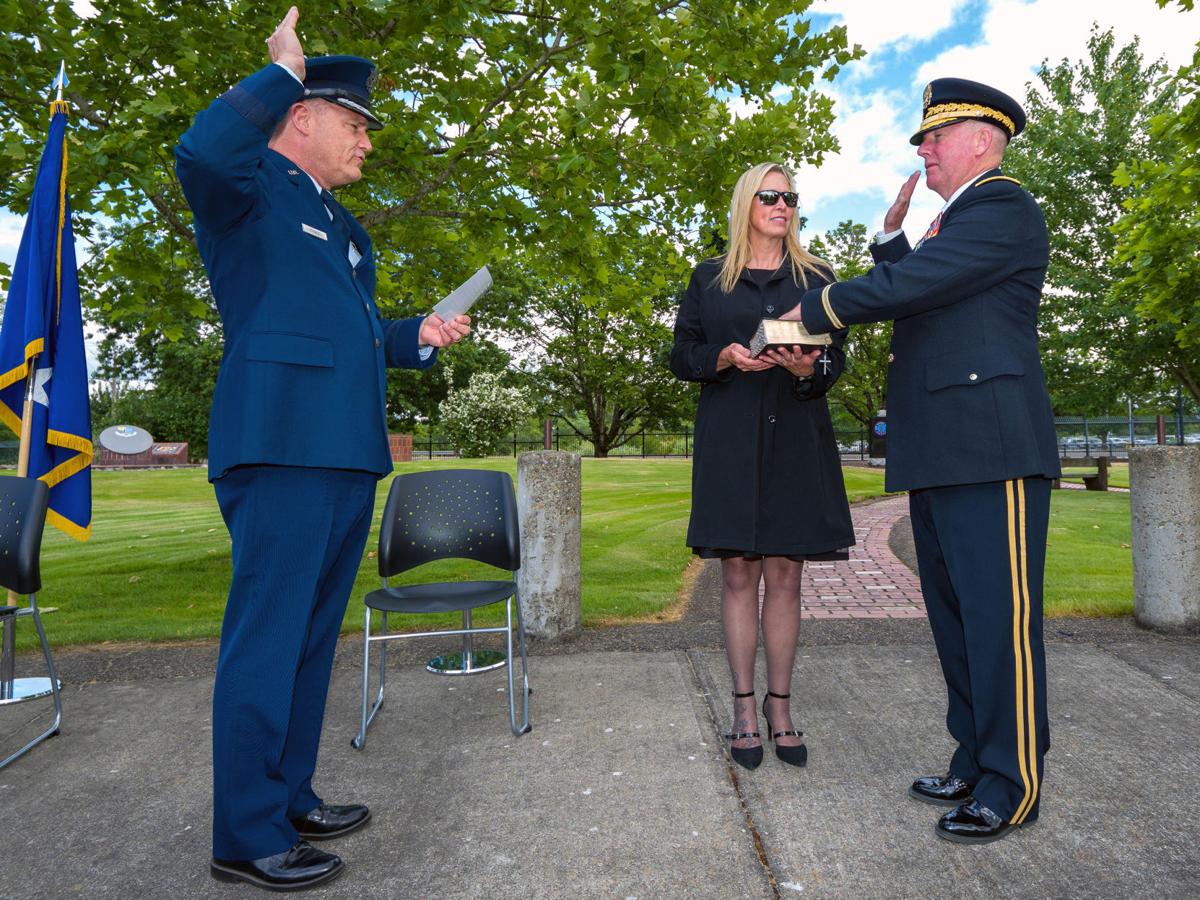 Col. Eric J. Riley swears the Oath of a Commissioned Officers presented by Maj. Gen. Mike Stencel, during a promotion ceremony on Saturday. 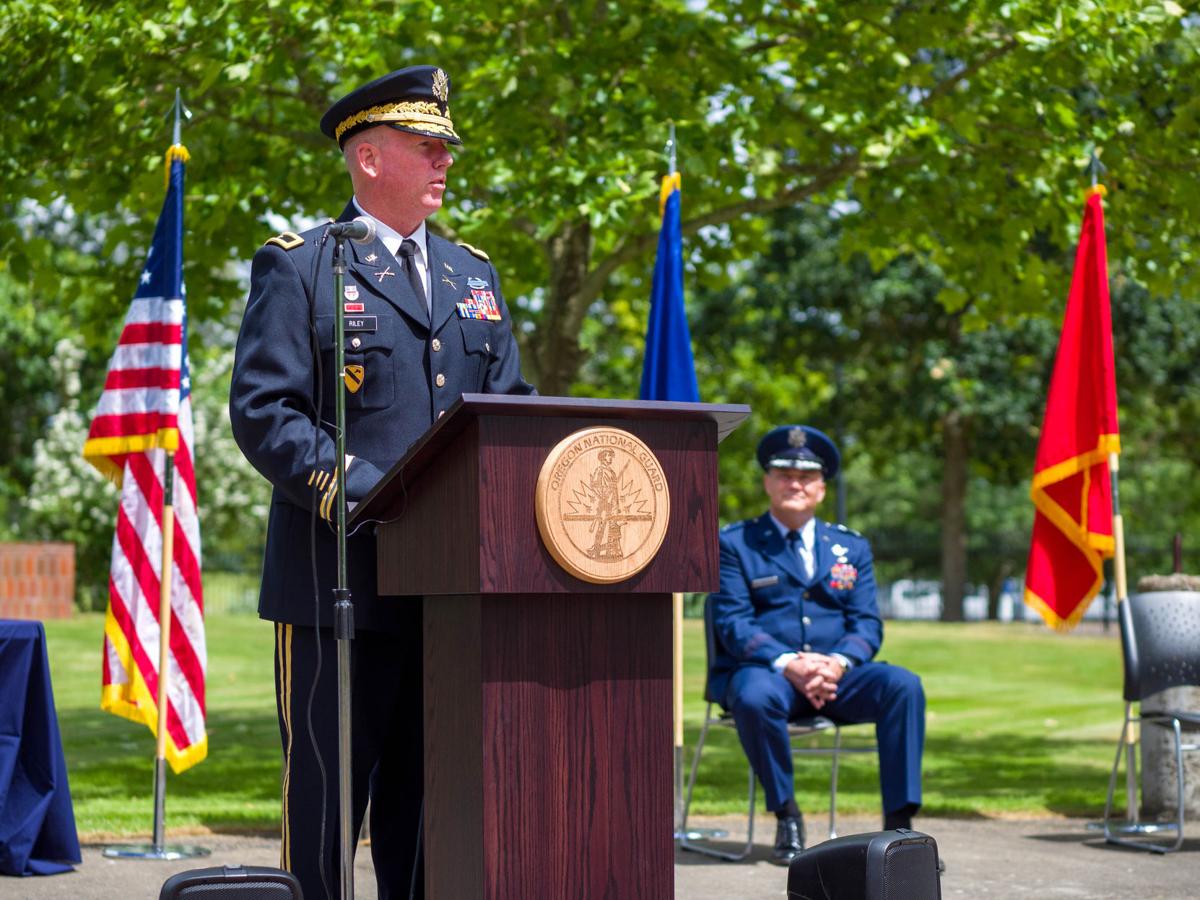 Col. Eric J. Riley speaks to an audience during his promotion ceremony at Heritage Park on Saturday in Salem.

Col. Eric J. Riley swears the Oath of a Commissioned Officers presented by Maj. Gen. Mike Stencel, during a promotion ceremony on Saturday.

Col. Eric J. Riley speaks to an audience during his promotion ceremony at Heritage Park on Saturday in Salem.

SALEM — Oregon Army National Guard Col. Eric J. Riley was promoted to the rank of Brigadier General on Saturday during a ceremony at Heritage Park.

Riley is scheduled to become the Oregon National Guard’s Joint Deputy Operations Commander after completion of his assignment as commander of the 41st Infantry Brigade Combat Team. He led the unit during a mobilization to Kosovo in 2020 along with subordinate battalions mobilizing across the world, which became the second largest call up of Oregon troops since World War II.

In his new role, Brig. Gen. Riley will be assigned as the assistant adjutant general, Oregon Army National Guard, and will be responsible for assisting in formulating, developing and coordinating programs, policies and plans affecting the Oregon Army National Guard. Col. Riley received his commission from California Polytechnic State University Reserve Officer Training Corps in 1993. He holds a master’s degree in Strategic Studies from the United States Army War College.

Col. Riley serves as the executive director for the Partnership for Umpqua Rivers in Roseburg, where leads a staff of six at the nonprofit responsible for restoring salmon habitat and monitoring water quality throughout the Umpqua River Basin. In his role, Col. Riley establishes, builds and maintains relationships with state, federal and non-governmental organization stakeholder groups to accomplish the organization’s mission.

He reports to a board of 18 local community members representing a diverse natural resource perspective, and is responsible for managing fundraising while administering funding for the 100% grant-funded organization.