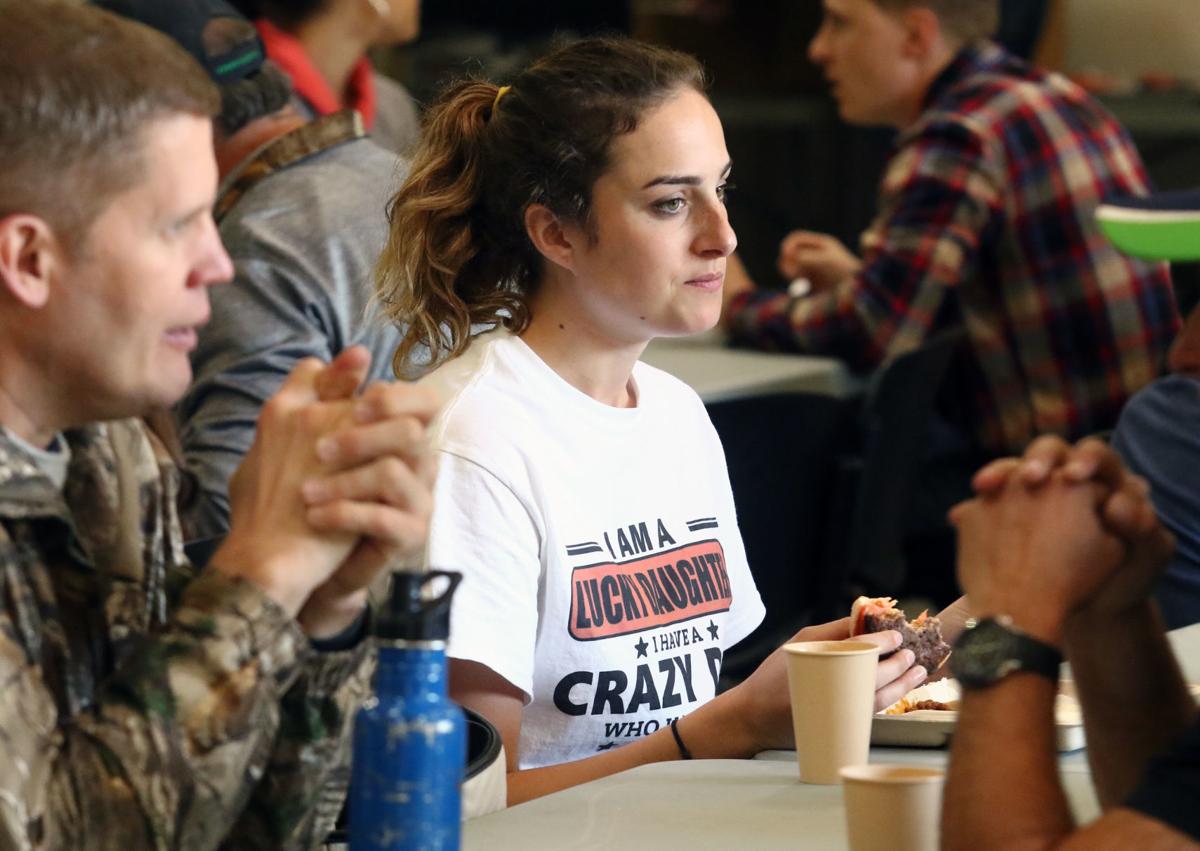 Army National Guard Spc. Mackenzie Clarke attends a lunch event for Charlie Company soldiers and their families Saturday in Roseburg before the company’s deployment to Africa next weekend. 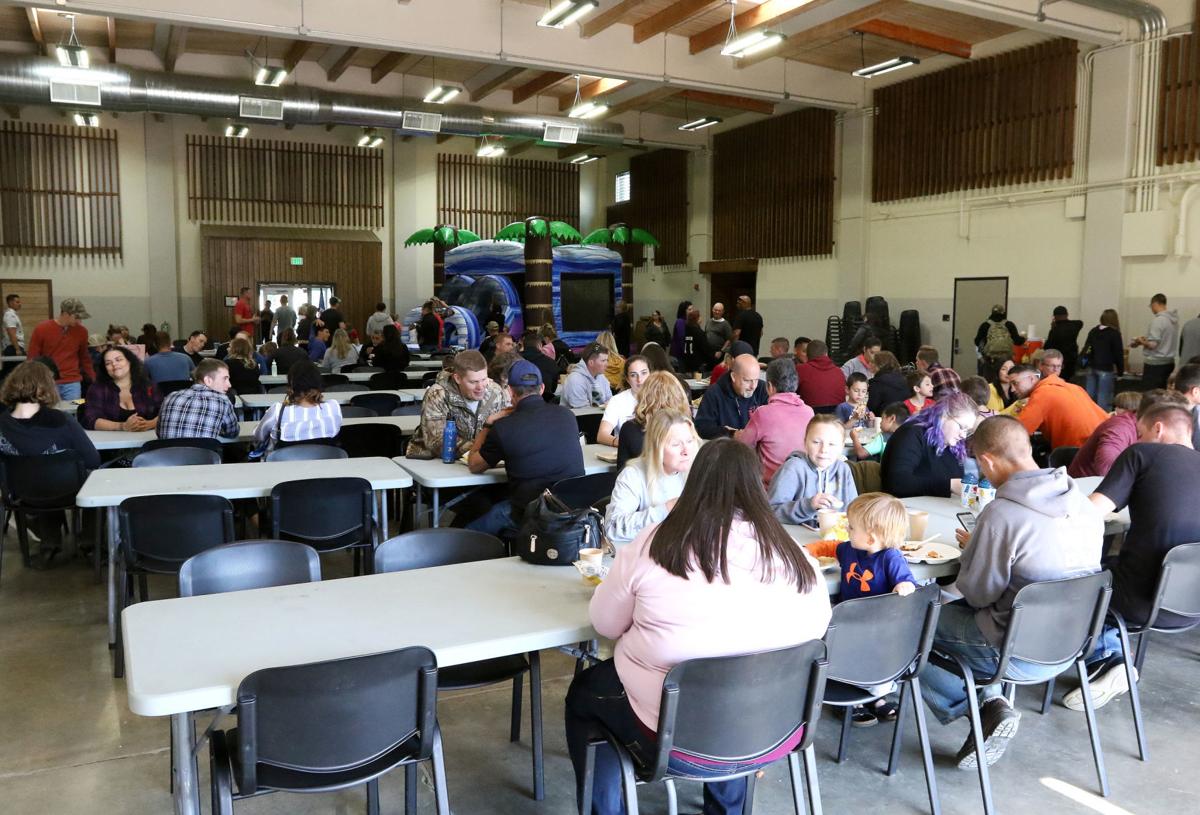 Charlie Company soldiers and their families attend a barbecue Saturday in Roseburg before the company’s deployment to Africa next weekend. 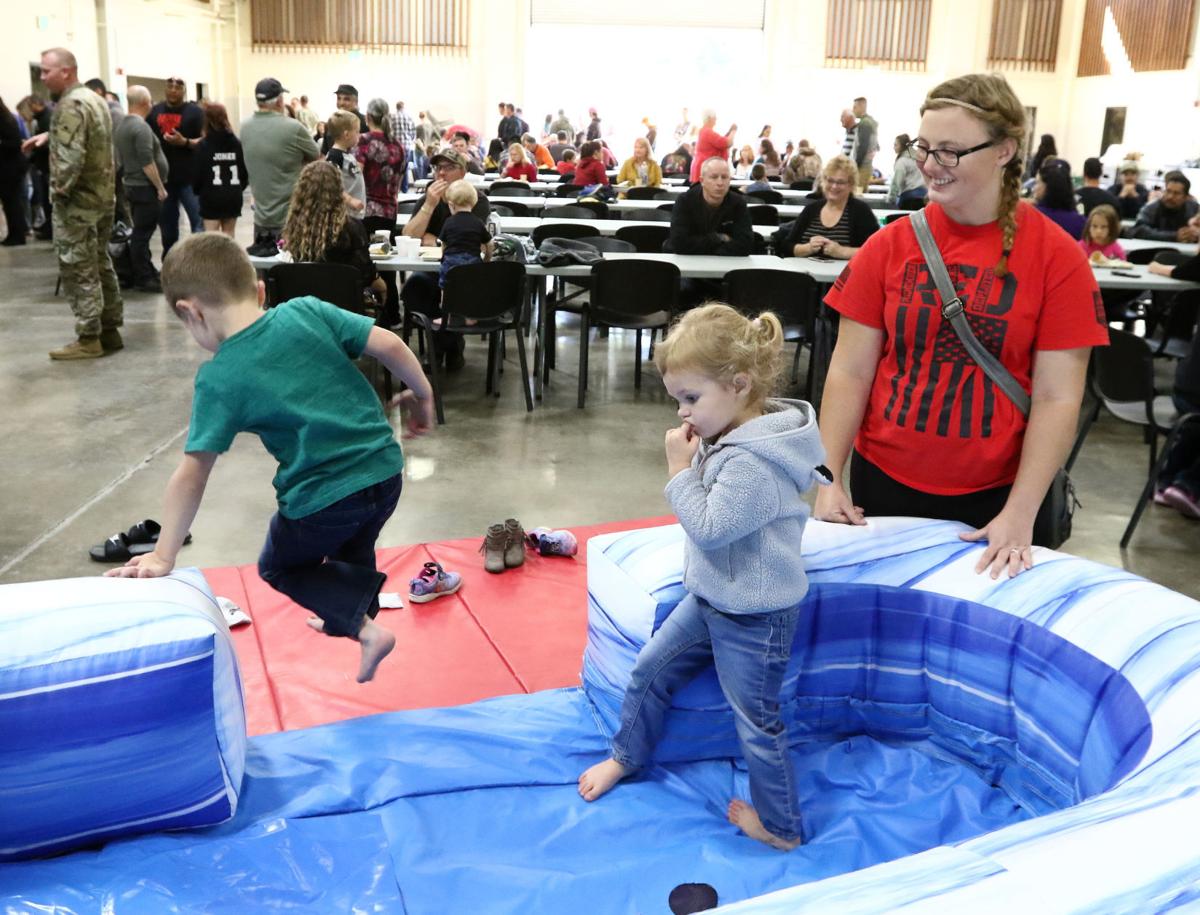 Moriah Miller of Coos Bay and her son Rylan Rymer and daughter Avery Rymer attend a lunch event for Charlie Company soldiers and their families Saturday in Roseburg before the company’s deployment to Africa next weekend. 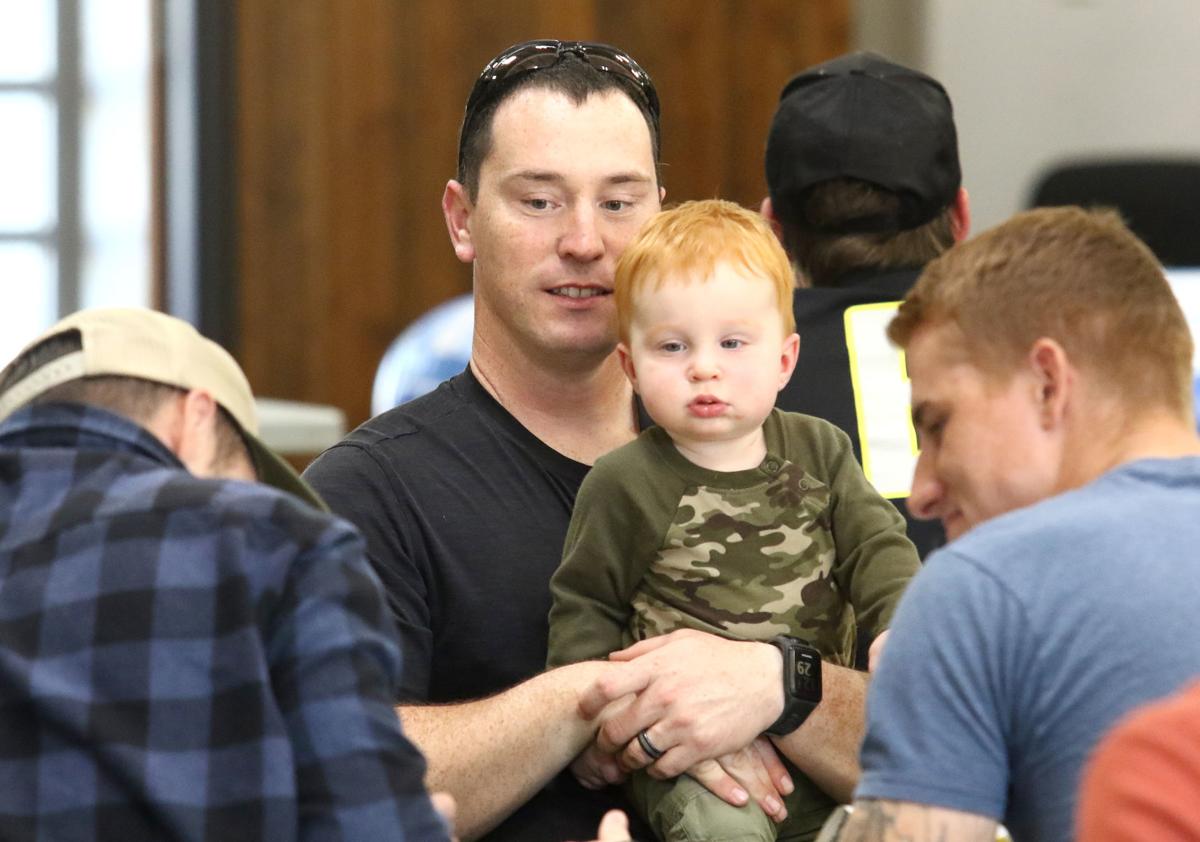 Army National Guard Sgt. Anthony Grant and his son Colton Grant attend a lunch event for Charlie Company soldiers and their families Saturday in Roseburg before the company’s deployment to Africa next weekend.

Army National Guard Spc. Mackenzie Clarke attends a lunch event for Charlie Company soldiers and their families Saturday in Roseburg before the company’s deployment to Africa next weekend.

Charlie Company soldiers and their families attend a barbecue Saturday in Roseburg before the company’s deployment to Africa next weekend.

Moriah Miller of Coos Bay and her son Rylan Rymer and daughter Avery Rymer attend a lunch event for Charlie Company soldiers and their families Saturday in Roseburg before the company’s deployment to Africa next weekend.

Army National Guard Sgt. Anthony Grant and his son Colton Grant attend a lunch event for Charlie Company soldiers and their families Saturday in Roseburg before the company’s deployment to Africa next weekend.

Mackenzie Clarke is an Army National Guard specialist whose training is as a combat engineer.

Clarke was the first woman — ever — to join up as a combat engineer in the Army National Guard. That was in 2015, the first year the position was opened to women.

She’s been attached to the 1st Battalion, 186th Infantry and is getting ready for her first overseas deployment. On Saturday, she was in Roseburg with her very proud parents as the members of the 1-186th, who come from the Portland area to Southern Oregon, and their families met for a barbecue.

It was a chance for the families to bond with each other and to learn more about the mission, all while chowing down on all-American fare — hot dogs and hamburgers.

Next weekend, the soldiers will mobilize in Ashland. Sgt. First Class Frank Rademacher said they’re headed for Fort Bliss, a military base that straddles Texas and New Mexico, and then for Camp Lemonnier in Djibouti, a small country on the horn of Africa, across the Red Sea from Yemen.

Rademacher said for the first time he won’t be deploying, and that feels strange, but his wife is glad because they’re having a baby in February.

The 1-186 will serve as a security force in Djibouti, patrolling the outer perimeter and providing inner security for the entire base. Rademacher said he won’t be going with them, as the higher-ups have decided they want to focus on taking people who haven’t deployed before. Many of those deploying have achieved the rank of E-6, or staff sergeant, he said.

Rademacher said he’s impressed with their performance so far.

“It’s amazing how well all these soldiers integrated together and became just one huge team,” he said.

Clarke won’t be using her combat engineer training on this mission, and she had never heard of Djibouti before learning she’d be deployed there.

“I thought people were messing with me at first,” she said.

Clarke said she felt nervous and excited at the same time.

“I’m so proud of her,” said her father Richard Clarke.

Her mother Gloria Clarke said she was proud, too, but a little nervous.

“I think she’s going to have a great opportunity here. It will be a good experience for her to see a different part of the world,” she said.

She was also happy that her daughter’s first deployment was to a relatively safe place.

Mackenzie Clarke went to a state welding competition held in an armory and the next day she called her father to ask him a bunch of information about himself.

“I said where are you,” he said. “And she said I’m at the Army National Guard signing up.”

Mackenzie Clarke was unfazed back then about joining a unit in which she was the only woman.

“I knew what I was getting into doing that,” she said.

But times have changed. There plenty of women among the soldiers at Saturday’s barbecue.

Brandon and Danielle Hubbard of Roseburg are a young husband and wife team, both in the military. Brandon Hubbard was preparing for deployment with the 1-186th, while Danielle Hubbard will soon go to basic training at Fort Leonard Wood to become a medic.

He loved seeing the diversity of the men and women soon to mobilize, and all of them forming one big family.

“This is awesome. This is America. This is the melting pot of America right here,” he said.

Brandon Hubbard said he was feeling a bit indifferent about this deployment. He’d rather be headed to Iraq or Afghanistan.

“It is what it is. It’s not what I want. I don’t want to provide security on a base that sees no action,” he said.

For Shaylee Elwess of Medford, whose boyfriend Connor Lane will be headed to Djibouti, this is going to be a tough time. Elwess said the pair plan to read the same self-improvement books while he’s gone, starting with “The Five Love Languages.”

“It is really hard, absolutely, but it’s like one of those things where it’s not going to make or break us. We’ll learn a lot from it,” she said.

She said Lane is a positive and hardworking man, and while she knows his deployment will change him, she believes it will be in a good way.

“We both want to be very successful in life. In order to do that we’re going to have to work together as a team,” she said.

French is one of two official languages in Djibouti, the other being Arabic. It was formerly a French colony. So Jacowski Bissereth, who is originally from France and comes from a Haitian family, will serve as a translator.

Bissereth lives in Portland and said this is his first overseas deployment. He had hoped to go to the United Arab Emirates, but learned he would be sent to Djibouti instead. He’s lived in the Caribbean before, so he wasn’t too worried about the heat.

All in all, he was feeling pretty excited about the adventure ahead.

“I get to discover a new place, and get to know new people,” he said.

The tough part was leaving his wife and his kids, ages 8 and 4, behind, but he said he promised them he would bring them back a bunch of money.

He was also thrilled at the way the team was coming together.

“It’s just amazing how we get to bond with each other so quickly, and the chemistry is just great,” he said.