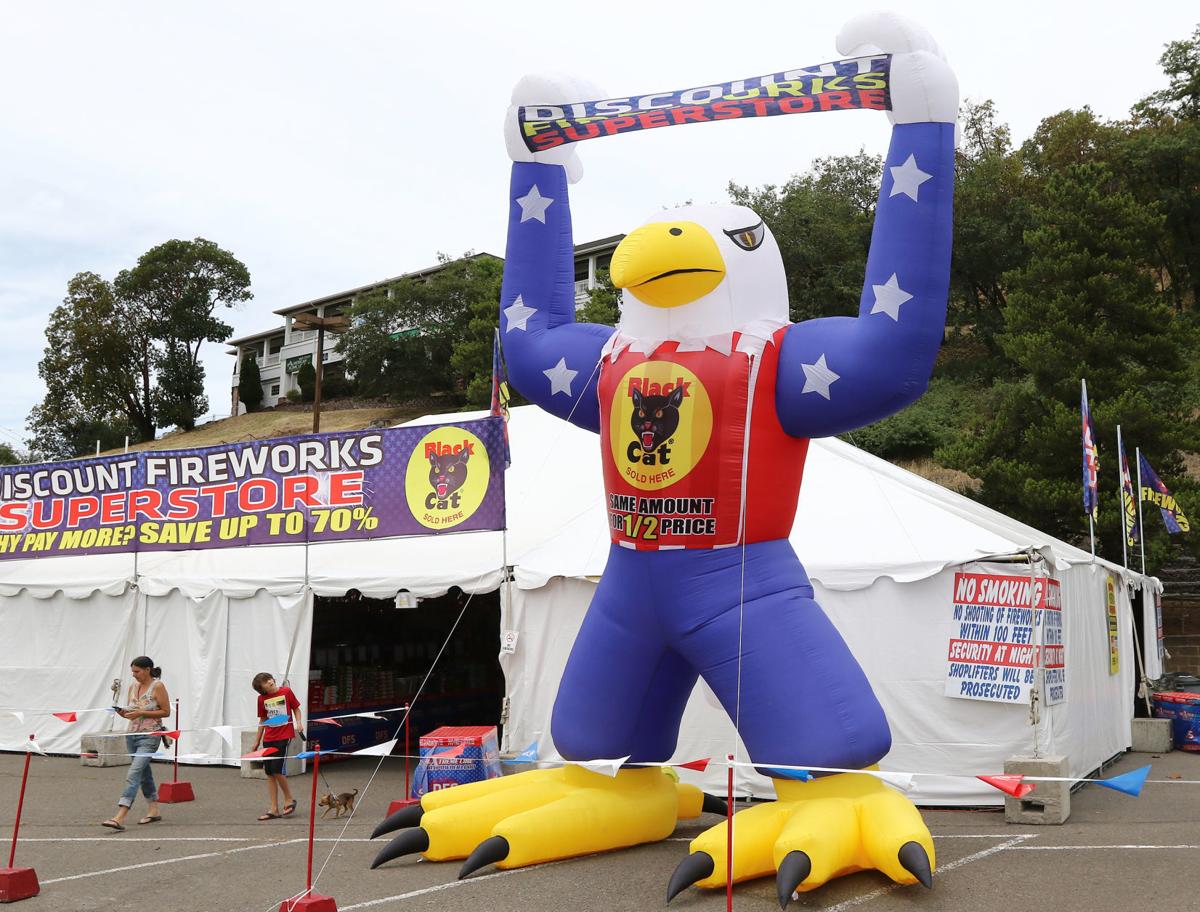 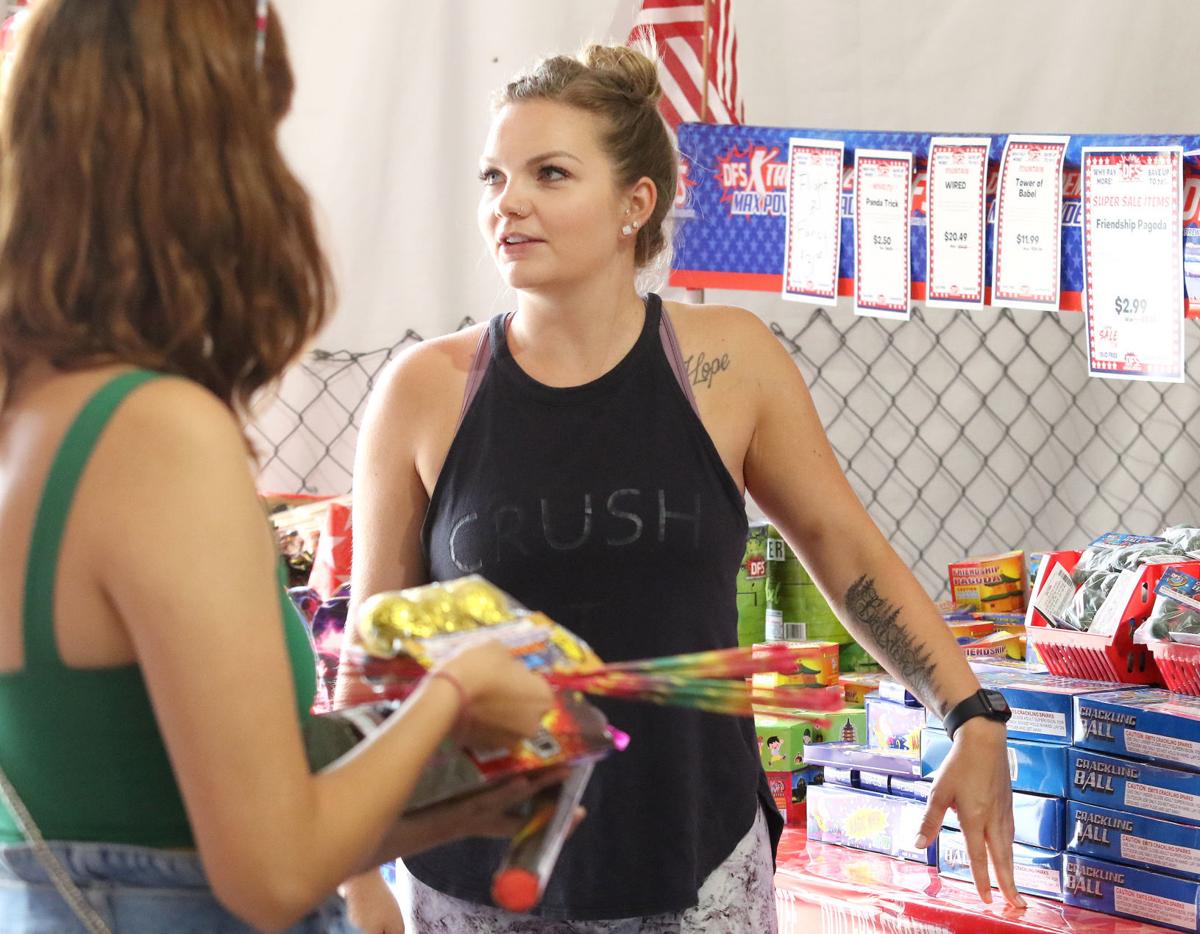 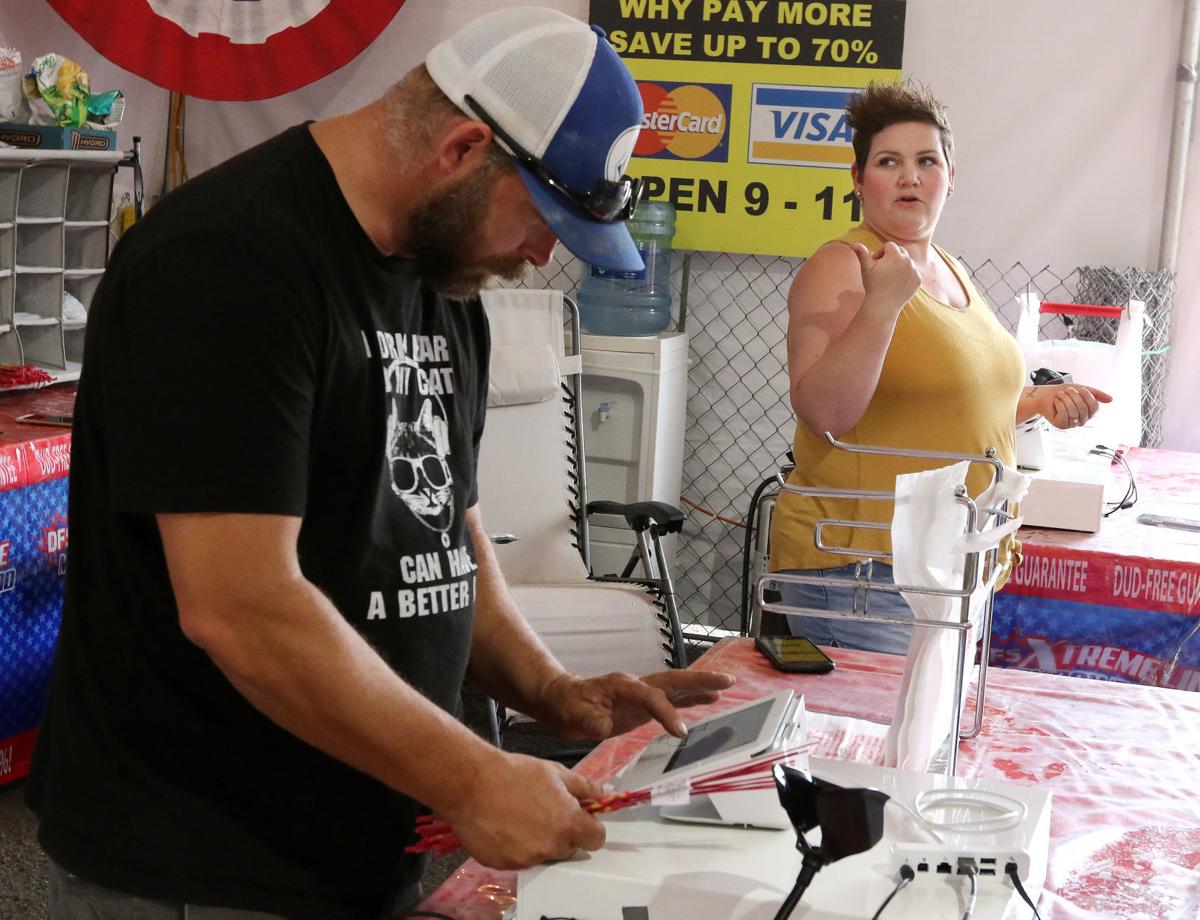 Eight-year-old Rylan Bartts celebrates the Fourth of July sensibly. She came to Discount Fireworks Superstore with her mom Molly Bartts and her 6-year-old brother Johnathan Bartts looking for medium-sized fireworks, not big ones.

“What we like is something that doesn’t hurt our ears,” Rylan said, pressing her palms to the sides of her head.

Molly Bartts clarified that they were searching for legal fireworks to light in their driveway, instead of seeing the show at the fairgrounds like they usually would. This year, the Roseburg Hometown 4th of July fireworks committee announced the fireworks would instead be launched from Reservoir Hill to prevent the spread of COVID-19.

Bartts, while repeatedly telling her son to put back a grenade-shaped firework, said they needed something kid-friendly that wouldn’t go into the grass near their driveway. She said sparklers are a favorite.

After Rylan explained her search criteria, her mom asked, “What does the Fourth of July mean? You’re proud to be a …”

This Independence Day, sparklers aren’t the only way some people will be playing with fire. The pandemic brings the risk of transmission at large gatherings and has limited public options this year. For individual celebrations, families are turning to small vendors like the Discount Fireworks Superstore: a nonprofit tent that fundraises for the Grace Family Center in Roseburg.

Renata Whightsil manages the tent — now in its 20th year of business — with her family, and this is her fourth year setting up in Roseburg instead of Medford. She manned the register Wednesday afternoon with several family members, including her husband Dwight Stockton, their daughter Rochelle Stocketon and nephew Gunnar Bowles.

On Wednesday, day two of opening, Whightsil said business had been slow so far, but she is hopeful for the coming weeks.

“I would expect that more people would be at home, but there’s also the financial difficulty that a lot of families are facing,” Whightsil said.

Because of COVID-19, the stand is offering masks and installing hand-washing stations for customers. She said that despite the situation, she is excited to be back selling fireworks.

“It’s something normal in a spot that feels to be chaos,” Whightsil said. “We love our country, and we are so glad that we have the freedoms that we do, and to be able to celebrate that is a blessing.”

Fireworks have already caused one fire this season, burning a quarter of an acre of grass and brush 5 miles northwest of Myrtle Creek on Tuesday afternoon before crews from the Douglas Forest Protective Association and the Myrtle Creek Rural Fire Department extinguished it.

Roseburg Fire Marshal Monte Bryan asked people to be cautious when using fireworks: keep a hose nearby, soak everything in buckets of water afterward and keep children and pets at a safe distance. He said that there’s an additional risk of fire with the dry, hot weather this year leading up to the holiday.

The use of fireworks is prohibited in wildlands areas, and can lead to fines up to $1,000, according to Kyle Reed, spokesman for the DFPA. Other prohibited areas include state and national parks, and lands owned by the Bureau of Land Management and U.S. Fish and Wildlife.

“If people are going to use personal fireworks they have to be legal,” Bryan said. “Firecrackers obviously explode and bottle rockets, once they’re lit, there’s no controlling where they come down.”

The use of illegal fireworks can lead to a Class B misdemeanor, possibly resulting in a fine of up to $2,500 per violation and a civil penalty of up to $500, along with liability for any damage, according to a news release from the Oregon State Fire Marshal.

Bryan said he inspects all licensed vendors in Roseburg, eight indoors and four outdoor tents, including the Discount Fireworks Superstore.

Gunnar Bowles, Renata Whightsil’s nephew, has been coming to the store his entire life. He said that he’s happy to be selling fireworks like usual, despite the holiday season feeling different.

“It’s been weird with COVID and everything, and all the things that are going on in America. Not just our state, but America in general,” Bowles said.

Any other year, the family would throw a free barbeque with a fireworks demonstration on July 2, so customers could see their options and people who couldn’t afford to buy their own would have a show. Bowles said he’s going to miss bringing people together.

Instead, the store is considering doing an online display on its Facebook page. As an example, Dwight Stockton pulled up a video of a family favorite: the Gator Revenge. Bowles leaned in and smiled broadly as the firework on Stockton’s phone screen crackled and shot out golden sparks. It’s not the same as a live show, but they still hope it can bring people some joy.

“We’re just gonna run the normal tent, we’re going to sell fireworks like we always do,” Bowles said. ”It’s something that brings our family together.”