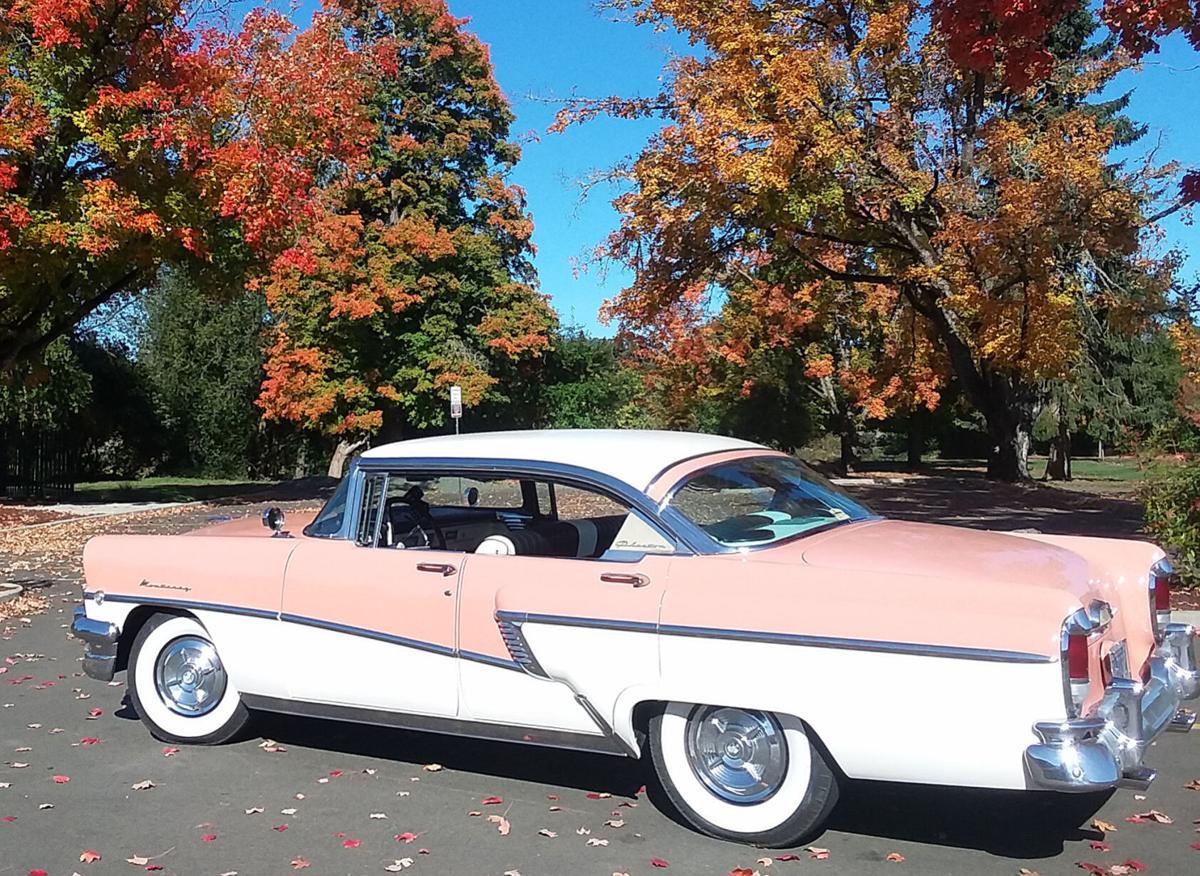 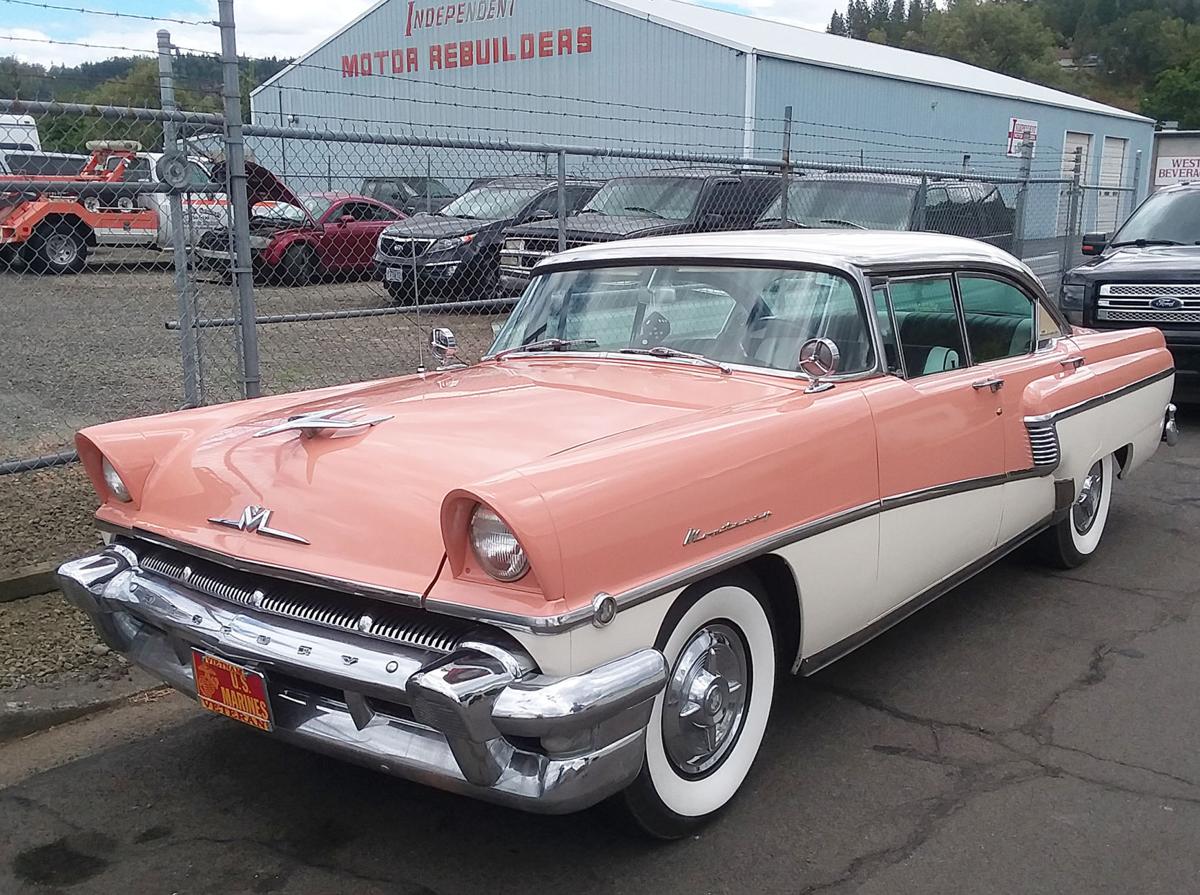 After Ron Massey graduated from high school in Astoria in 1964, he received his father’s 1956 Mercury Montclair.

A year later, he crashed it.

He had just finished U.S. Marine Corps boot camp and was driving along Interstate 84, headed for school at the Naval Air Station in Memphis, Tennessee.

“I went to sleep at the wheel and put my first beautiful Mercury out in the desert and totaled it. I walked away from it, but the car was a loss,” he said.

Massey went on about his life, which included moving to Hawaii after his military service and owning a home inspection business. Then he retired and moved to Roseburg.

For decades he searched for an affordable 1956 Mercury like the one he had lost. Finally in 2018 his brother Von Massey of Eugene found one for him.

This one was a 1956 Mercury Monterey Phaeton. It’s a similar car to the one he had decades ago, except that it’s a four-door rather than a two-door like the Montclair.

The Phaeton had been parked for almost half a century, first in a garage and then in a barn in Veneta in Lane County.

The young man who owned it had inherited it from his father and had no idea what to do with it, Massey said.

Massey, a member of the Stray Angels Car Club in Roseburg and longtime collector, knew just what to do with it, but it would be a labor of love and an expensive one.

Fortunately, he said, his wife Sue Massey was supportive of the endeavor.

The car had no rust, which was phenomenally lucky, he said.

But it had been allowed to sit and deteriorate. Mice and rats had damaged the original interior, so he had it reupholstered to duplicate it at Matt’s Upholstery in Sutherlin.

Mechanical repairs were completed and body damage on the passenger side was fixed too.

All repairs and replacements kept her as close as possible to her original self, but a vacuum boost brake master cylinder was installed for safety.

Wiring was redone because the mice had eaten the insulation of it. A new fuel tank and lines were installed, along with a dual exhaust system.

The fuel pump, water pump and the hoses under the hood were replaced.

But the tires were brand new Coker Classic four-ply radials and those were kept.

The AM radio was sent in for conversion to AM/FM and returned in the same case.

A dime-sized hole caused by a BB shot in the front passenger door window was left in place.

“I’m sure there is a story there, just wish I knew what it was,” Massey said.

The two-tone paint job was the original cinnamon and white, but he had it repainted in the original colors after the body repairs.

Even with all the work, the car now is worth more than what Massey has spent on it.

But he has no intention of selling it.

While he has fixed up and sold many classic cars over the years, including a 1947 Ford he called “Old Blue,” this one is special.

“It really feels like driving my old Merc. I just get those sensations when I start it,” he said.

Frankie rides as smoothly as Sue Massey’s 2020 Nissan. It does have manual steering, so it takes plenty of muscle to turn the wheel.

The exhaust system is loud.

“It’s a deeper throatier rumble when you start it up or accelerate fast, but it’s just a dream to drive on the freeway. It just floats down the highway,” he said.

He’s driven Frankie to the coast and up to Junction City for car shows. And she was also brought out for the 2019 Graffiti Week and the River Forks Show-n-Shine that year.

“It’s a beautiful car and she gets a lot of attention if I go to the grocery store or take it to a show,” he said.

One time he took the car out, an elderly lady came up to him after he parked it and asked if it was a ‘56.

“I had a lot of fun in the backseat of that,” she said.

At this year’s Graffiti Weekend, “she will be there shined up and looking pretty,” Massey said.