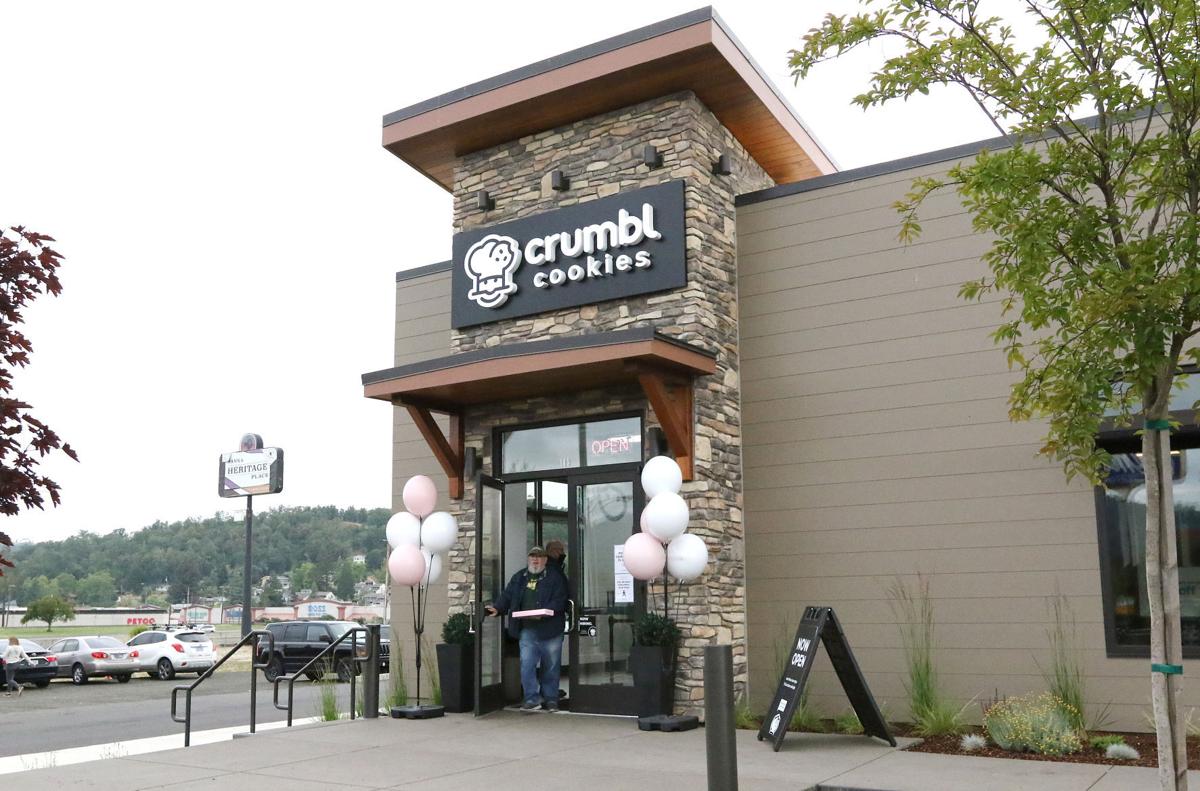 Crumbl Cookies was open for its second day of operation on Thursday in Roseburg. 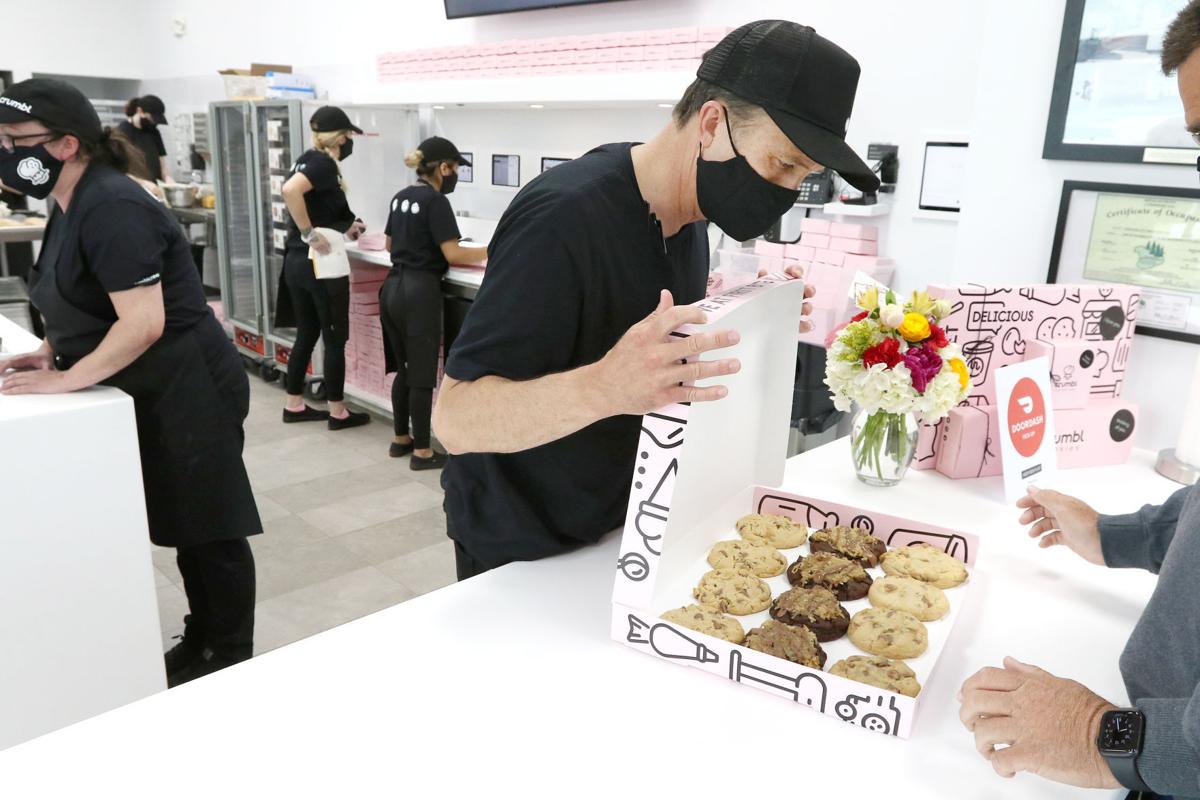 Crumbl Cookies co-owner Jerre Tews brings an order to a customer during the Roseburg store’s second day of operation on Thursday. 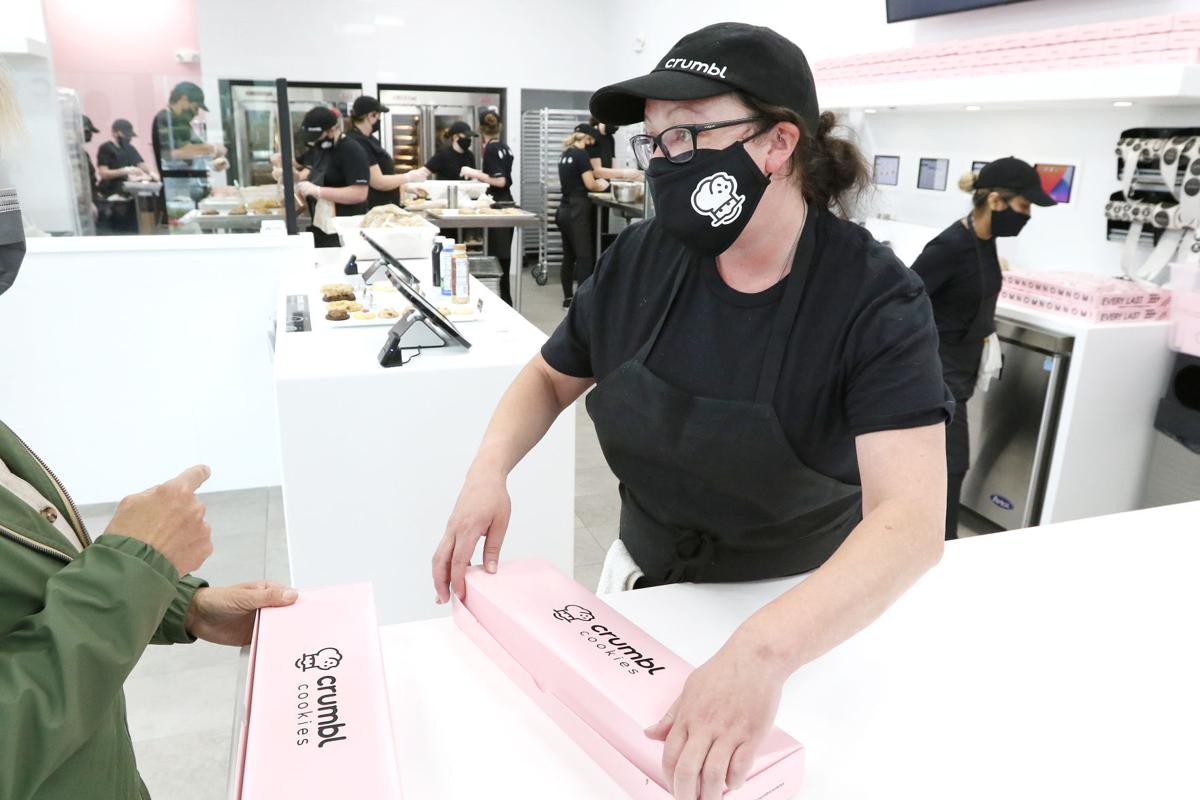 Crumbl Cookies was open for its second day of operation on Thursday in Roseburg.

Crumbl Cookies co-owner Jerre Tews brings an order to a customer during the Roseburg store’s second day of operation on Thursday.

When my editor, Ian Campbell, told me what a big deal it was to have a Crumbl Cookies store opening in Roseburg, how his friends in Eugene rave about the one there and how it has long lines just about all the time, I had pooh-poohed it.

But I went to the store’s grand opening Thursday, and sitting in my car, wiping the last smidge of chocolate off my chin and scooping up the crumbs (peanut butter chocolate chip) from my flannel shirt, I realized he was right.

Obviously, Ian isn’t the only one who enjoys these cookies. The store, located next to Five Guys at 1500 NW Mulholland Drive, held a soft opening Wednesday and apparently it was a madhouse.

“It was packed,” said Natalia Vazquez, a cashier at the store. “There was a line out the door and all the way into the parking lot.”

The place was also buzzing Thursday, although the lines outside weren’t quite as long. There is curbside service and at least a half dozen cars took advantage of it in the 20 minutes or so I was there.

Inside the small space, which has an open kitchen that allows customers to watch the cookies being made, there was a cacophony of sights, sounds and smells. Enormous stainless steel mixing bowls were filled with brown sugar, white sugar and even a breakfast cereal used as an ingredient in the cookies.

I counted something like 16 workers in the kitchen, and each — dressed entirely in black, including masks and baseball caps — seemed to be on their toes and moving quickly. Several used pastry bags to add icing to the cookies. Names were being called for orders to be picked up.

And then there was the smell of the cookies being baked, like — forget it, you know that smell. And if you don’t, you’ll have to go to find out.

Sherry Olander said she had never tried Crumbl Cookies before but her family raved about it.

Olander got the party box, which at $36 for a dozen cookies shaves some money off the $4 price for individual cookies.

Crumbl Cookies was established in Logan, Utah, in 2017. Since then the company has added about 80 additional stores for cookie lovers. There are now Crumbl Cookies locations in Nevada, Montana, North Carolina, Oregon, Colorado, Idaho, Tennessee, Arizona, Texas, Colorado, Washington, Massachusetts and Utah.

I never got a chance to tell Ian he was right and I was wrong about Crumbl Cookies. It is a game changer.

But I left him and the office a box of 12 cookies — missing three for research purposes — so I figure we’re even.

Wow. At that price those things should dance and sing their way into my mouth. I'll just continue to make them at home to share them with friends and family.

You Spent 4 dollars a cookie & Doled out OVER 100 Dollars for a Box of Cookies for your office.? How much they Pay You Guy's at the NR.? OR did You get them For Free for writing this article.? I counted something like 16 workers in the kitchen, and each — dressed entirely in black, including masks and baseball caps — seemed to be on their toes and moving quickly. Over 1/2 I am sure will be Layed Off as soon as the Novelty wears off.?