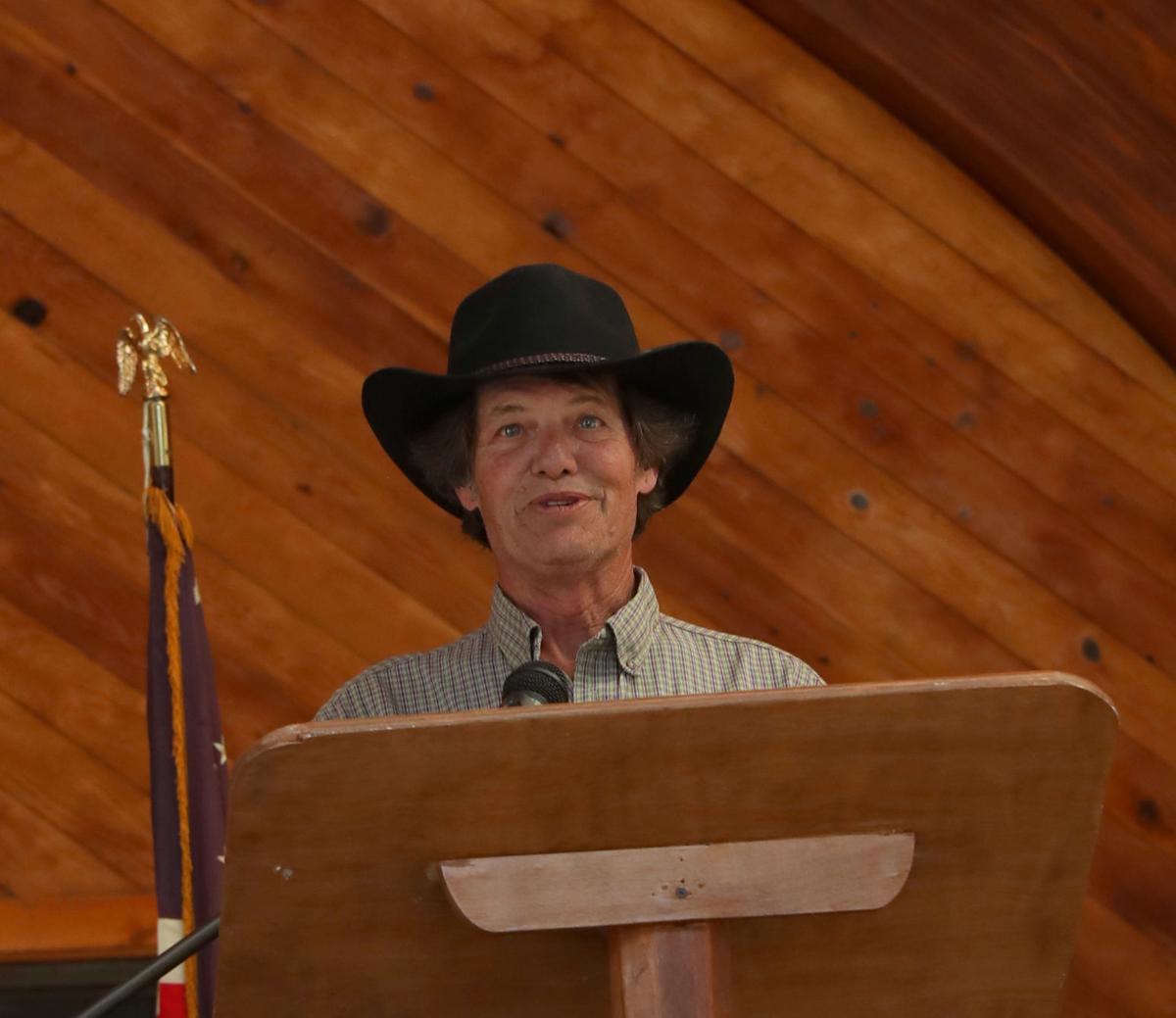 Mike Farnworth speaks after receiving the Myrtle Creek Man of the Year award on Saturday. 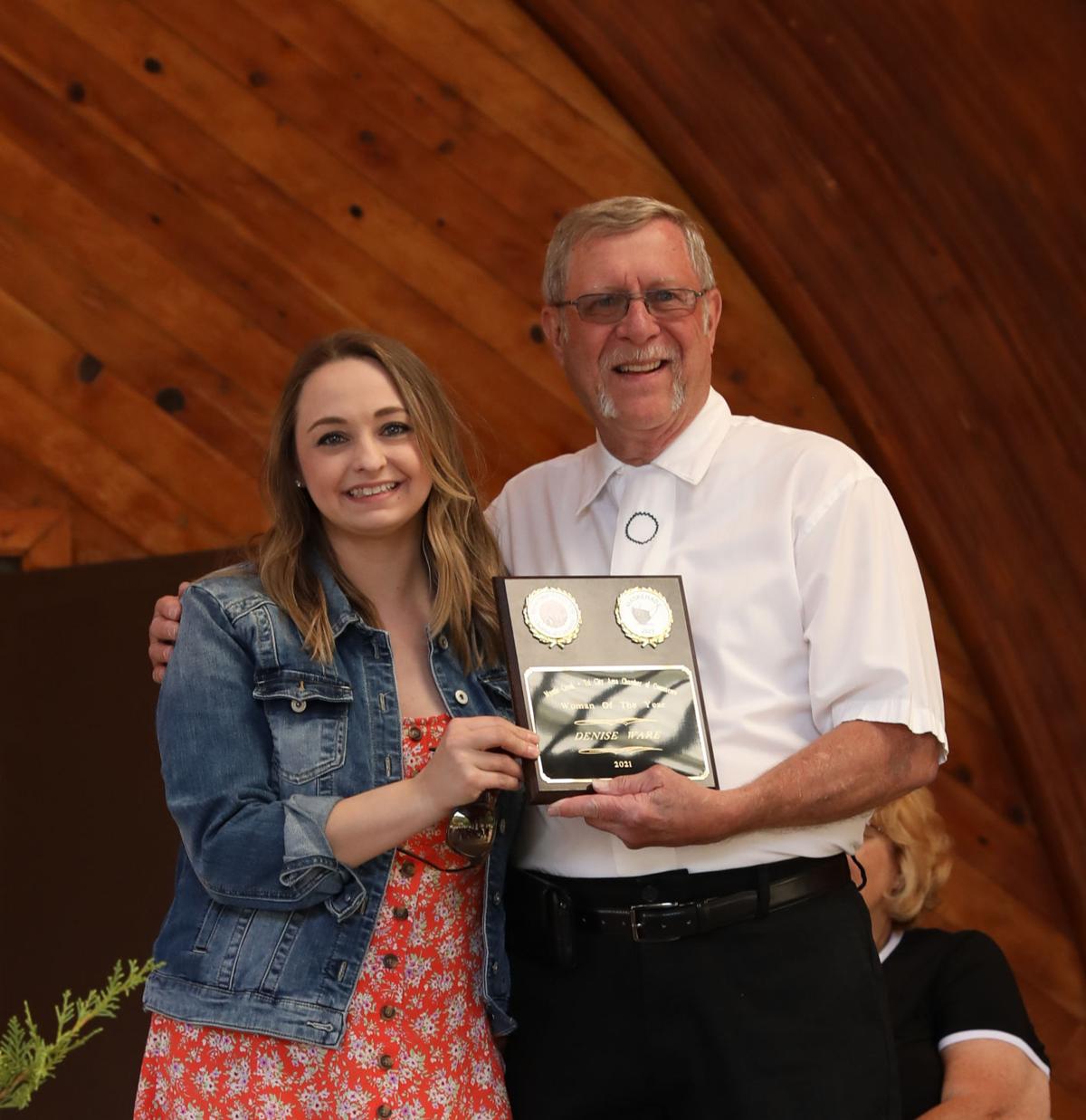 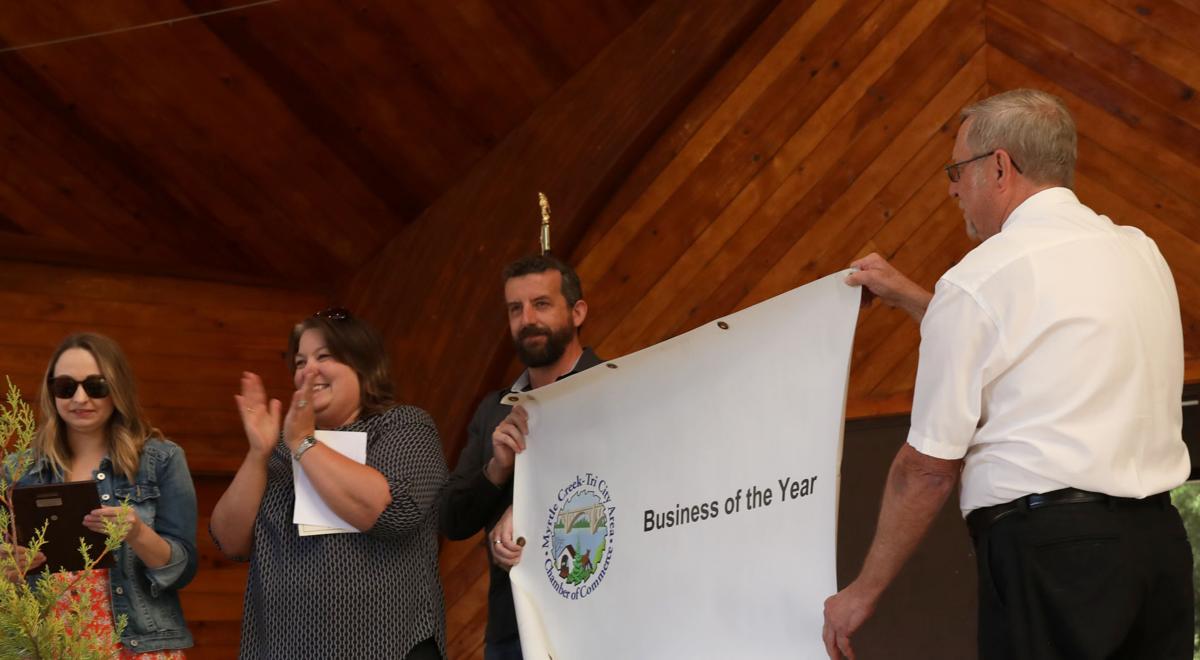 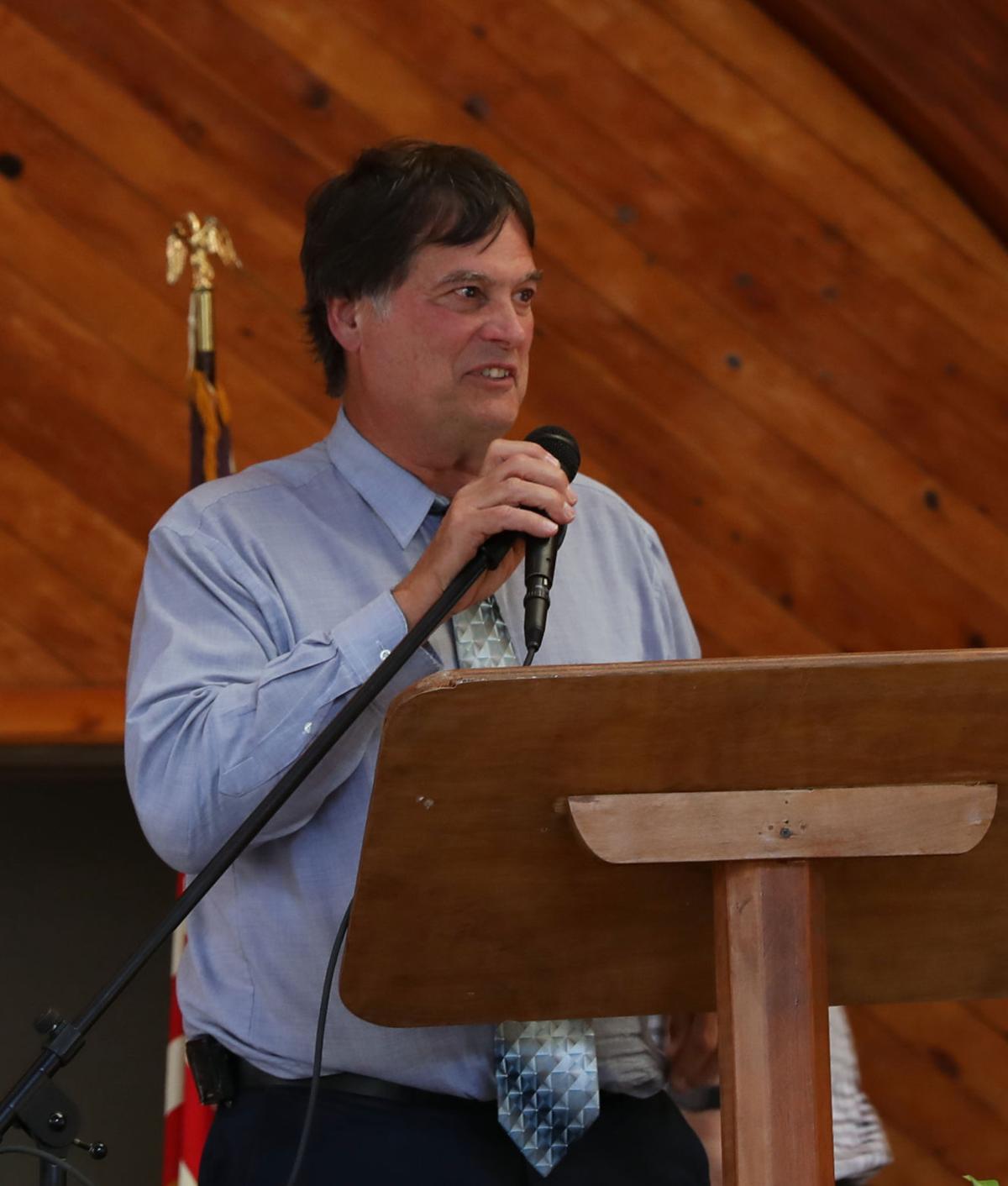 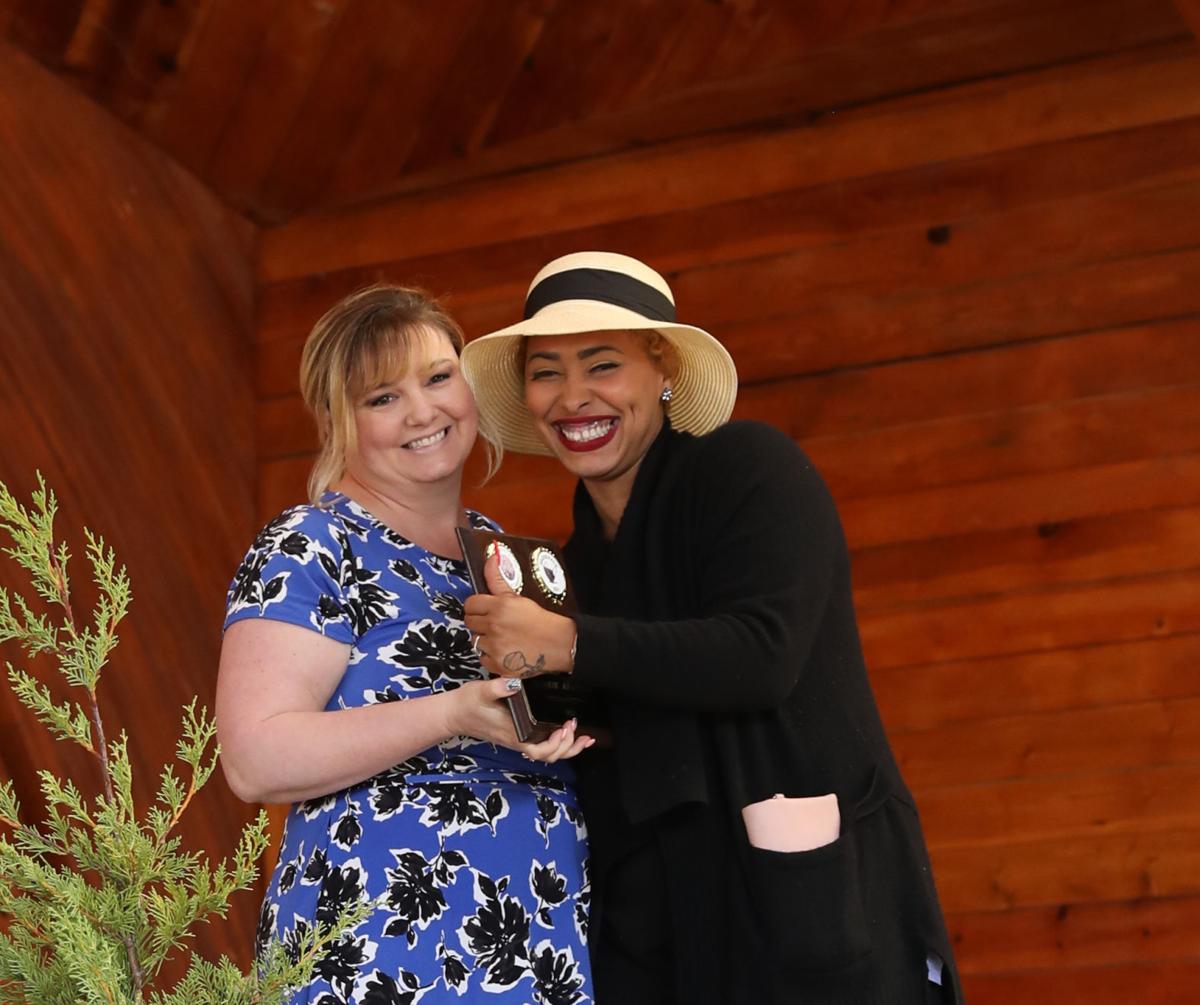 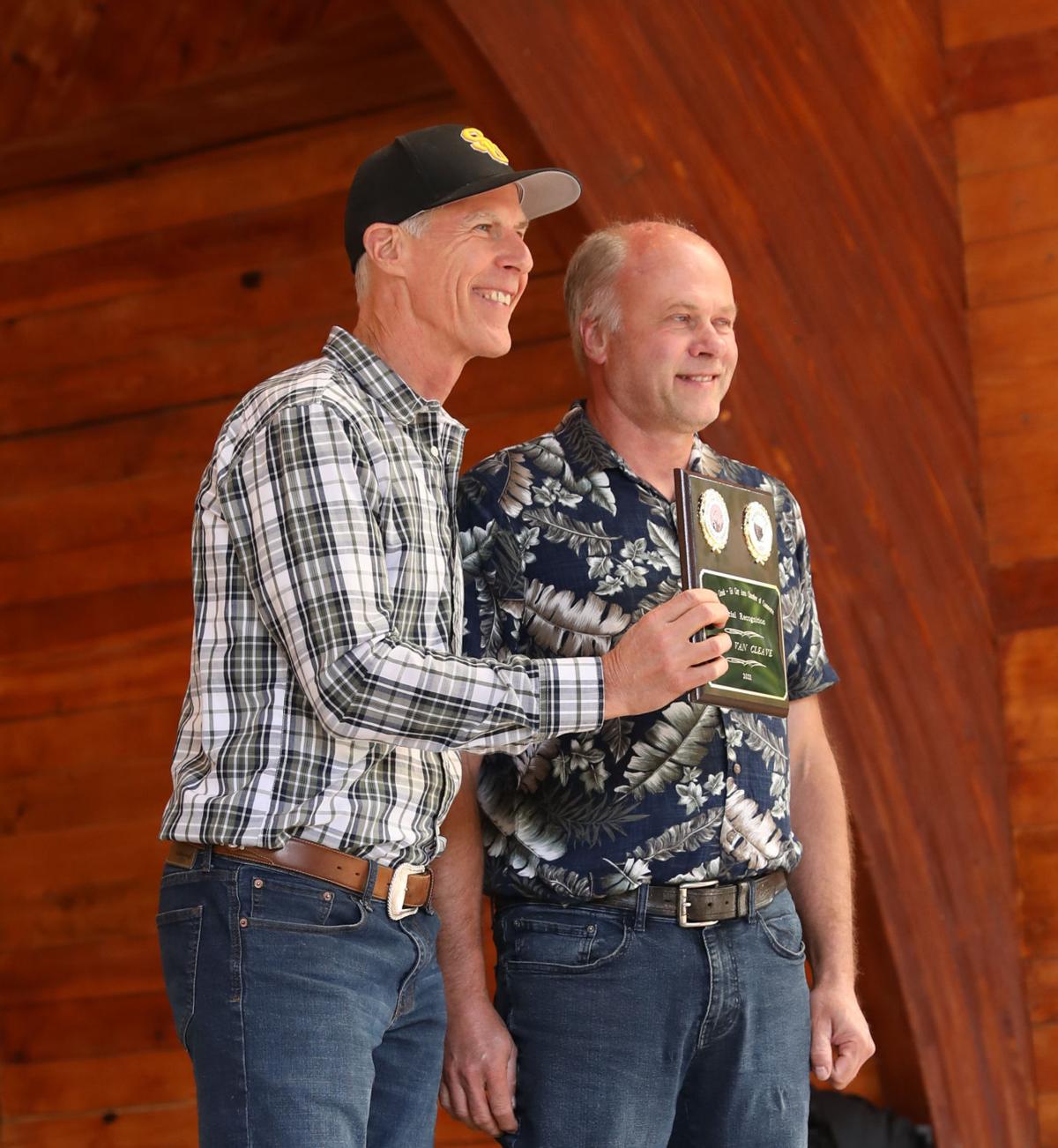 Mike Farnworth speaks after receiving the Myrtle Creek Man of the Year award on Saturday.

The event, sponsored by the Myrtle Creek-Tri City area Chamber of Commerce, is usually held the first Saturday in March but was postponed this year due to COVID-19 restrictions and changed to an outdoor event open to the public.

Farnworth is the owner of Ohana Builders in Myrtle Creek. He specializes in building new homes.

For the past few years, he has helped coordinate the sign-in and line-up of vehicles participating in the annual D.R. Johnson Memorial Timber Truckers Light Parade in Riddle.

He also helps with community events like Music in the Park, Citizen of the Year awards banquet and the Downtown Halloween Street Fair.

He has been actively involved in the Chamber of Commerce for many years and has served as a board member and vice president. He also agreed to serve as interim president for several months.

Presenter Henry Stevens described him as “a gentle man that works hard yet always has time to give a little extra so that the people of the Myrtle Creek-Tri City area continue to have a wonderful place to live.”

SOCO opened for business in July 2007. Lee-Ware served at first as a barista, rose to management and in 2017 became the owner.

SOCO has participated in events like the Myrtle Creek Scarecrow Contest, helped raise funds for the United Community Action Network Food Pantry and offered a local delivery service during the height of the pandemic when people were shut-in.

It hosted a Quarantine Easter Egg Hunt allowing children to find Easter eggs in the windows of local homes and businesses and a Sidewalk Chalk Competition.

A speech written by Chris Goodwin and presented by Kellyn Goodwin described Lee-Ware as having the ability to see difficult people as an opportunity to soften their hearts and make them friends.

“She has great capacity for empathy because her goodness is real,” she said.

Kathi Otero was given a Lifetime Achievement award.

Special Recognition plaques were given to Dr. Mark C. Phillips and Dan Van Cleave for their significant contributions to the city and surrounding communities.