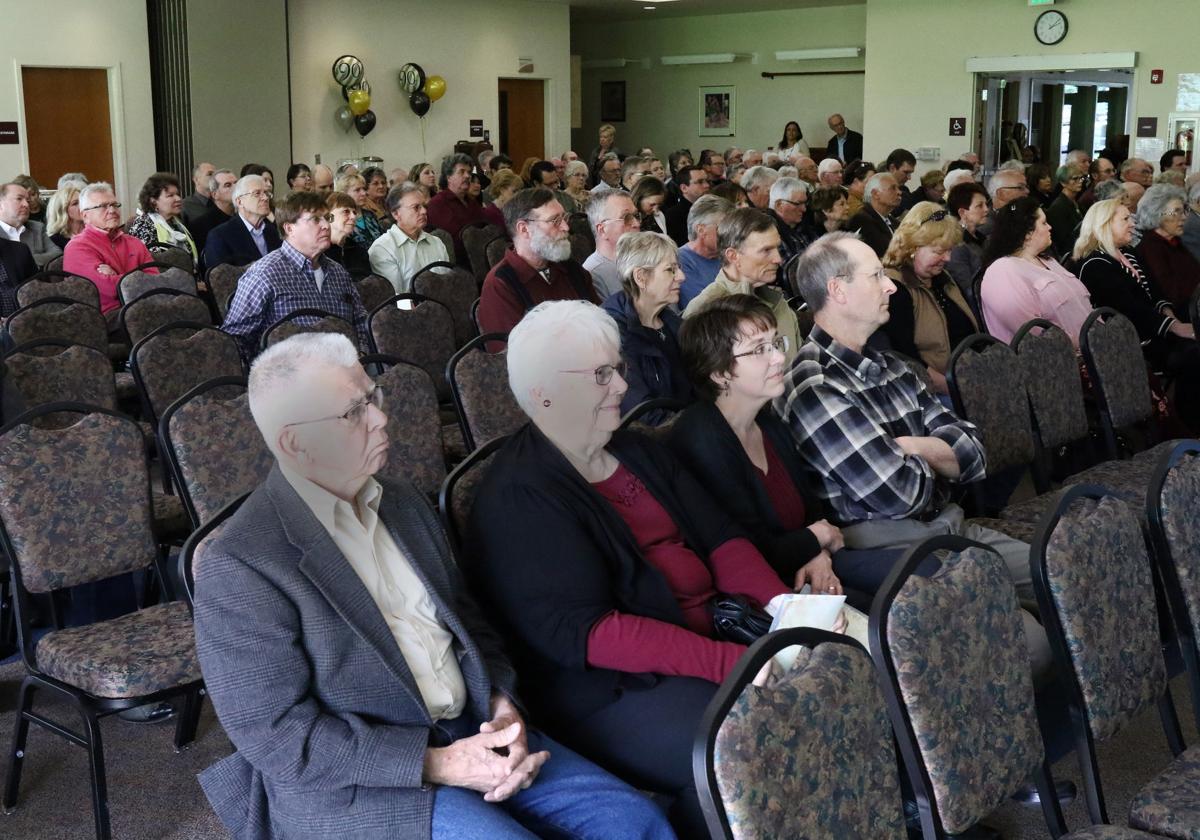 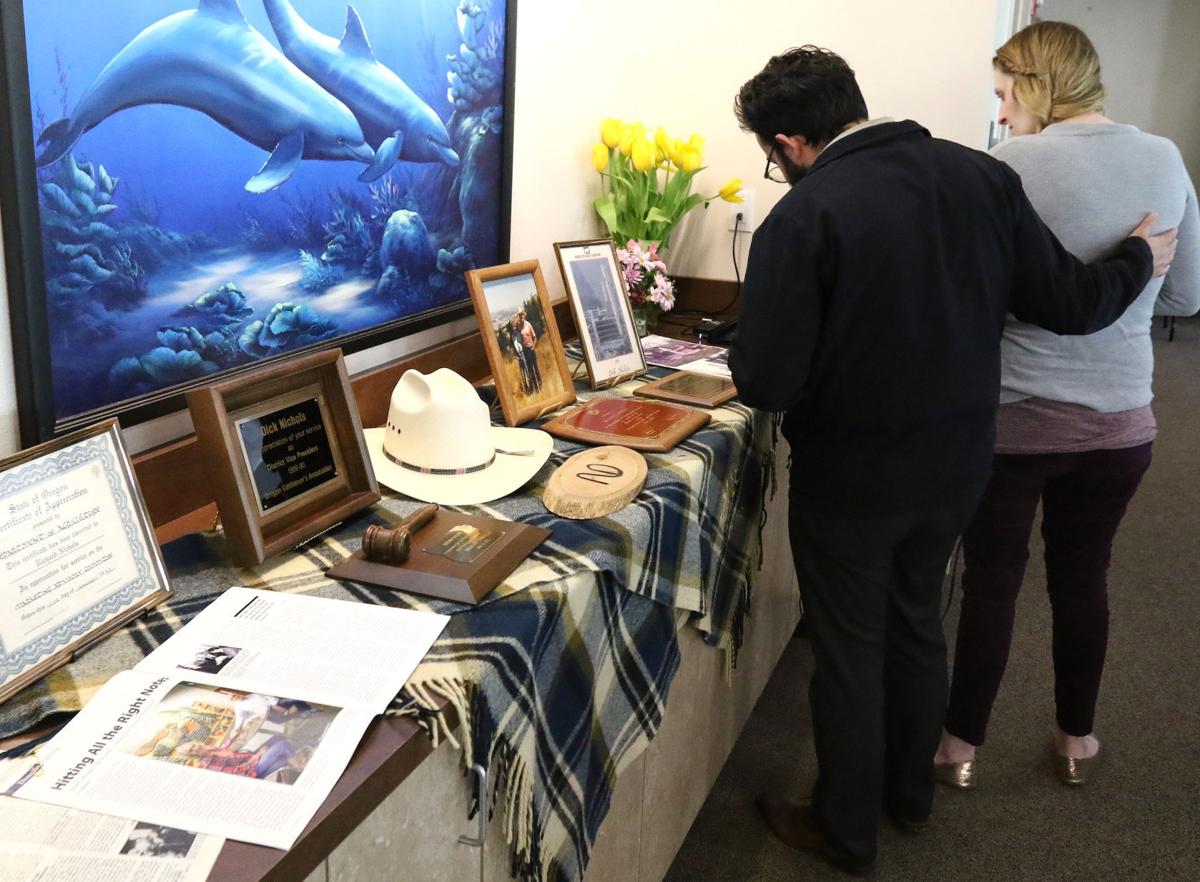 Guests look at pictures and mementos at a celebration of life for longtime Winston area resident Dick Nichols Friday at the Winston Community Center. 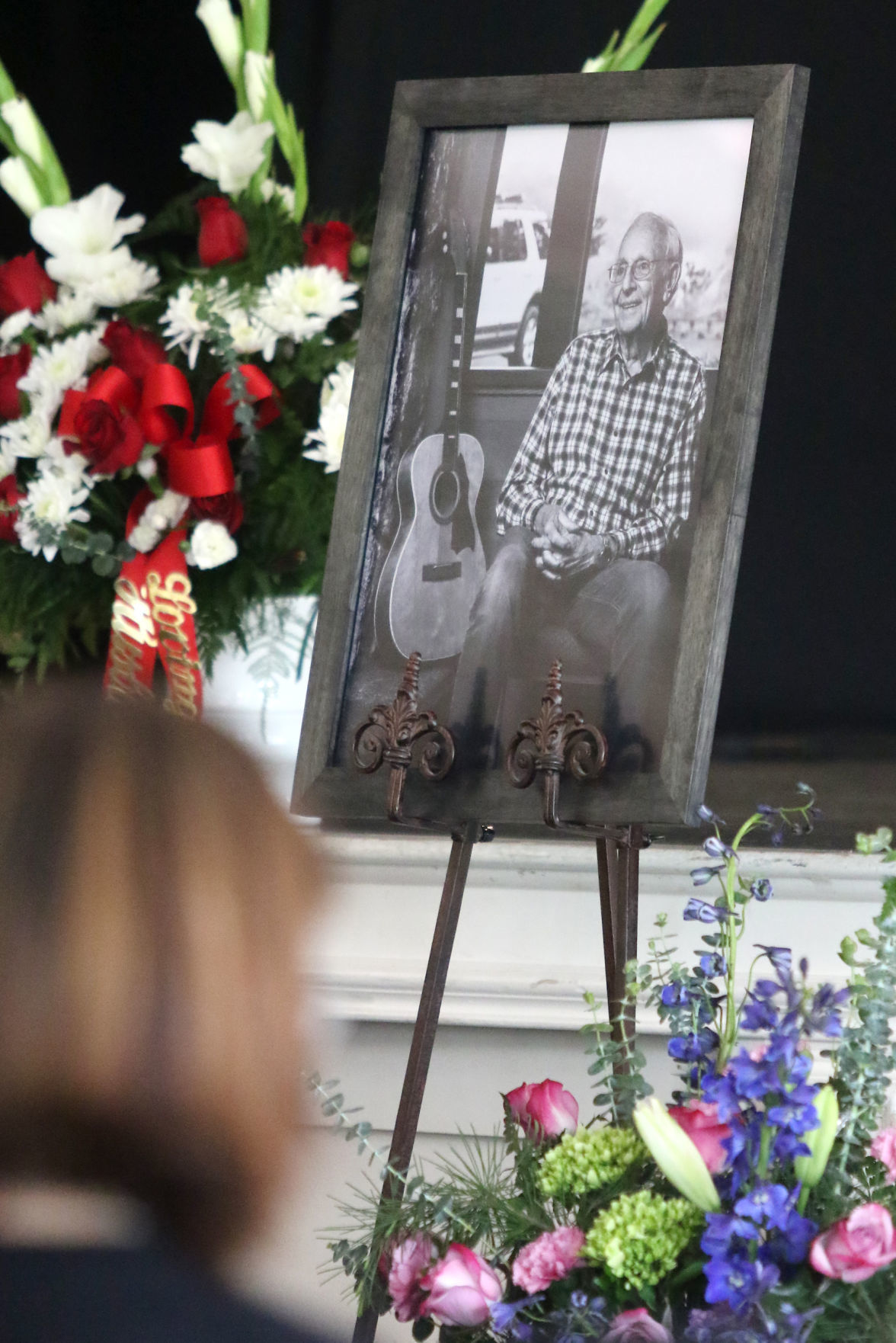 A picture of longtime Winston resident Dick Nichols at a celebration of life at the Winston Community Center on Friday. It would have been his 90th birthday. 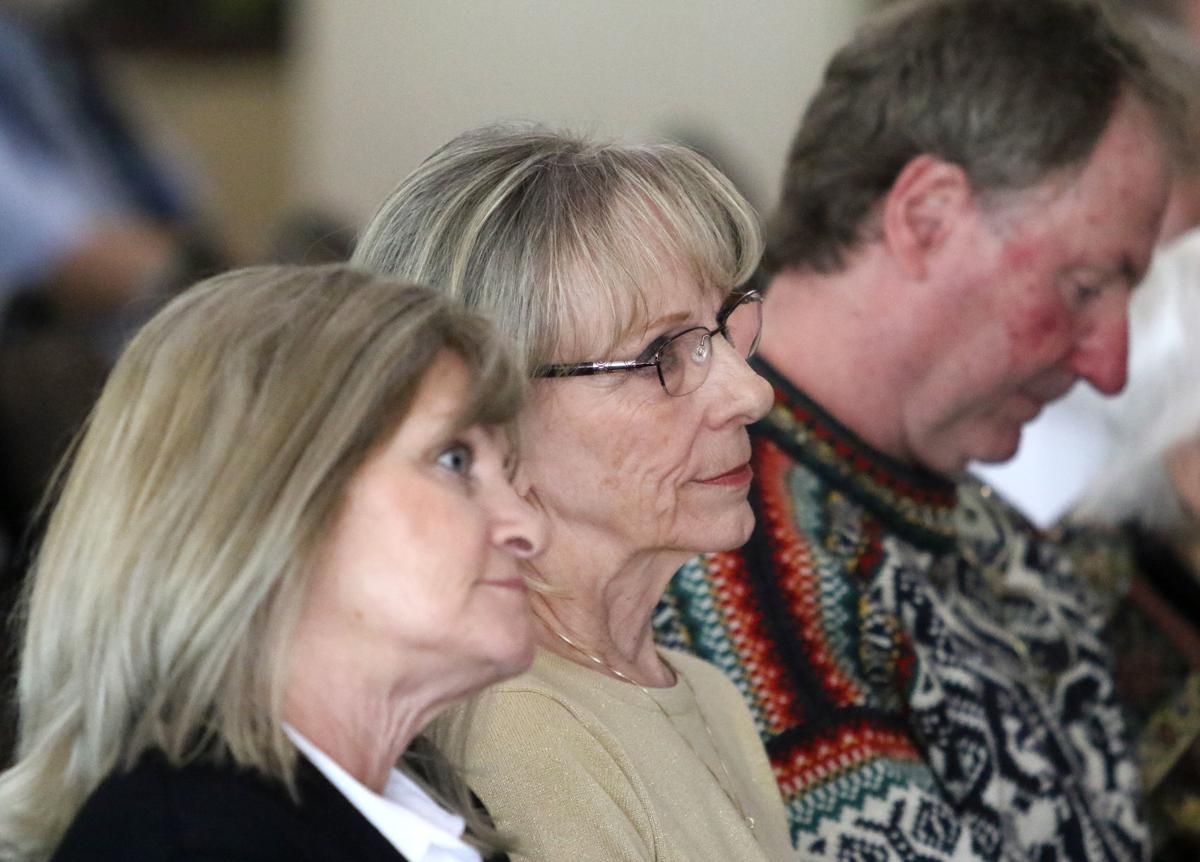 Mo Nichols, middle, looks on during a celebration of life for her husband Dick Nichols Friday at the Winston Community Center. It would have been his 90th birthday.

Guests look at pictures and mementos at a celebration of life for longtime Winston area resident Dick Nichols Friday at the Winston Community Center.

A picture of longtime Winston resident Dick Nichols at a celebration of life at the Winston Community Center on Friday. It would have been his 90th birthday.

Mo Nichols, middle, looks on during a celebration of life for her husband Dick Nichols Friday at the Winston Community Center. It would have been his 90th birthday.

WINSTON — When Dick Nichols passed away on March 24, just short of his 90th birthday, he left long legacy of community involvement and public service.

“We are reminded how much impact one life can have,” Pastor Steve Schenewerk of the Community Baptist Church of Winston told the crowd packed into the Winston Community Center on Friday afternoon, which would have been Nichols birthday.

Nichols, who grew up in the Brockway area west of Winston, was remembered at a celebration of life Friday afternoon, with over 200 people showing up to honor the man who had done so much in the community.

Stories were told about how Nichols spearheaded many efforts to accomplish community projects, including the Music on the Half Shell concert series in Stewart Park in Roseburg and Riverbend Live! in Winston. There was even a story about how Nichols charged a bull that was in his way — it got out of his way and let him through.

The program included music by guitarist Charlie Thompson and pianist Donna Spicer, and a song by Marv Husen on the guitar.

Dick Nichols grew up in Brockway, west of Winston, and attended Roseburg High School, where he lettered in football, basketball, baseball and track. He went to college at Oregon State University, which was Oregon State College at the time, where he earned a business degree with a minor in agriculture.

Nichols served on dozens of boards, both locally, countywide, statewide and some nationally. He even had a meeting with President Gerald Ford in 1974, where he advised the president on cattle import and export issues.

Nichols was a supporter of all music and came up with the idea of the summer concert series. Clint Newell worked with him to get it started, but it wasn’t easy. Newell said everybody was against them at the start — the parks commission members didn’t think it had a chance of working.

“The other commissioners were giving us a hundred reasons why we couldn’t do it,” Newell said. “We got told no a lot, and it didn’t matter. He had that vision and stuck with it, and we built it and they came,” Newell said.

The bandshell is now know as the Nichols Bandshell because of the contributions Dick Nichols and Mo Nichols made to make the concert series what it is today.

“It was an amazing vision that Dick had and, for both of us, we kind of figured it would be a small scale thing but it really took off,” Newell said. “I led an initiative to name the bandshell after them because he’s the reason it’s there and without Dick and Mo, none of that happens.”

Roseburg School Interim Superintendent Lee Paterson, who had worked with Dick Nichols on many community projects and served on many boards with him said one of Dick Nichols’ favorite songs was a Louis Armstrong’s “What a Wonderful World.”

“Dick Nichols is probably the most easily admired person you’ll ever meet,” Paterson said. “He inspired a lot of people, me included.”

Dick Nichols and Mo Nichols were married for almost 32 years. Mo Nichols recalled how she met her husband in a chance meeting in a cow pasture when Dick Nichols was driving around looking for pasture to rent. She said they became instant friends, and it eventually led to a relationship.

“He taught me about ranching and about cattle,” she said.

But Dick’s greatest gift to her was his love.

“He loved me so very much and being a team, it was so good working with him,” she said. “He’d come up with the ideas and I’d do the work.”

Mo Nichols said the last couple of years were challenging as Dick Nichols’ health declined. He went into the hospital with pneumonia the night after the couple were given the McClellan Award at the Winston First Citizen Banquet on March 18.

“He was a great guy and I was holding him when he died,” she said. “I had always promised him a birthday party on the years that ended in zero, and this was his 90th so I’m keeping my promise.”

The celebration finished with everyone singing “Happy Birthday” to Dick Nichols and having birthday cake in his honor.

Days Creek students spend a morning at the pumpkin patch

Melon Festival met with cool weather but plenty of activities