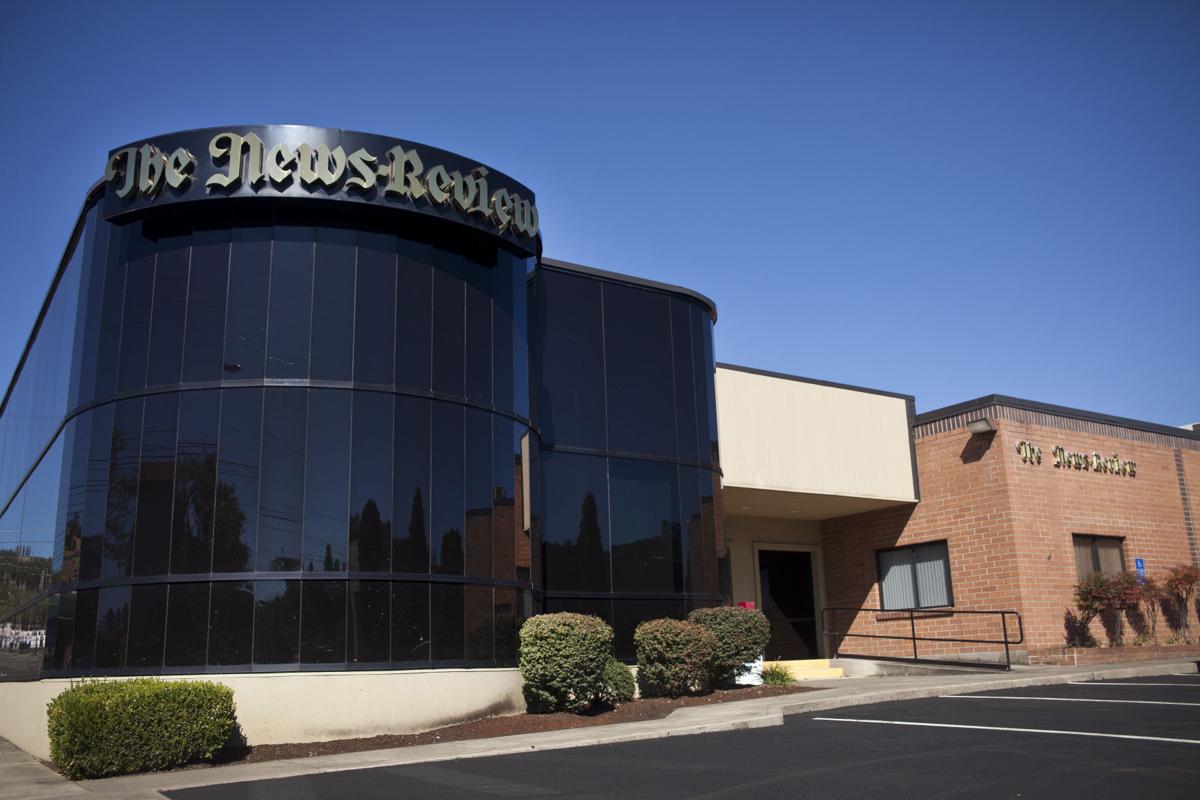 The News-Review has been located on Winchester Street for decades.

The News-Review won the general excellence award for newspapers its size and reporter Scott Carroll wrote the year’s best story for any Oregon newspaper in 2020, according to the Oregon Newspaper Publishers Association.

The News-Review received 17 awards from the ONPA’s Better Newspaper Contest for its work in 2020. The awards were announced virtually last week.

“I am routinely humbled to work for such a talented and driven group of reporters and editors,” Managing Editor Ian Campbell said Monday. “Their performance at this weekend’s newspaper contest is a direct reflection of their efforts, and represents a massive body of work inspired by their love for this community.

“Earning first-place finishes in categories like ‘General Excellence,’ ‘Story of the Year’ and ‘Best Enterprise Reporting’ demonstrates that The News-Review continues to produce some of the state’s best journalism,” Campbell said.

“I’m thankful for the editorial team’s determination and am proud to know they represent Douglas County,” he said.

Searching for a final home

Carroll’s first-place award for best story of the year was for his story about Janice Marie Rose, a local homeless woman who died in January 2020 under the Washington Avenue Bridge.

“When I learned that a woman named Janice Marie Rose had died alone, wet and cold, under a bridge, I was determined to find out as much as I could about her,” Carroll said Monday. “I feel fortunate that I was able to share her story with readers, tragic as it was. And I’m honored that her story was judged to be the best story in the state in 2020.”

Can they really be true, the stories about Chuck McCullum?

For decades, there have been warnings.

Tom Eggers won a second-place sports story award for his story about Troy Polamalu’s ascension to the Pro Football Hall of Fame.

For Troy Polamalu, the path to stardom started in Douglas County

Troy Polamalu’s ascension to the Pro Football Hall of Fame kicked off in Douglas County.

Other second-place wins included reporter Sanne Godfrey for best educational coverage and Scott Carroll for best spot news coverage for “Out of space,” and best feature story for his story about Rose’s death.

[thumbup] Congratulations! A bright spot in our corner of the world.

Everybody: local papers are a foundation of democracy. Subscribe, already.

Congratulations. Stories have been really exceptionally done this year.