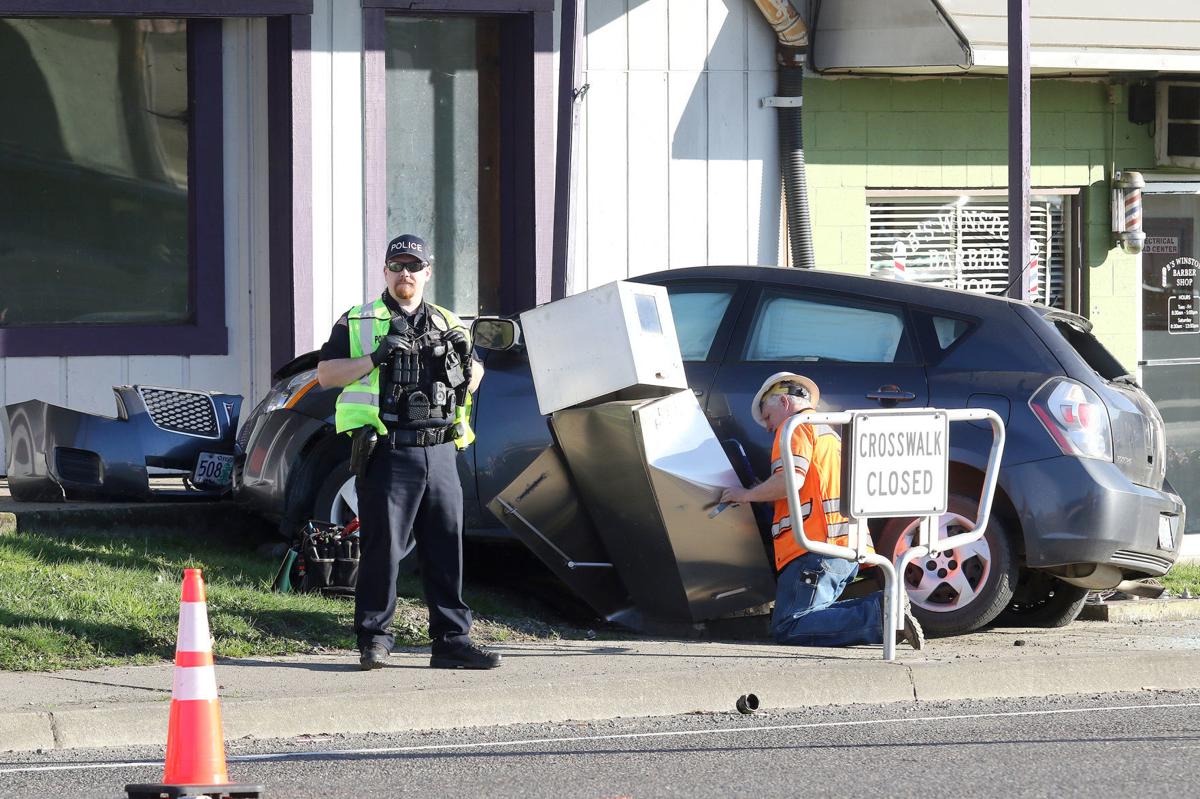 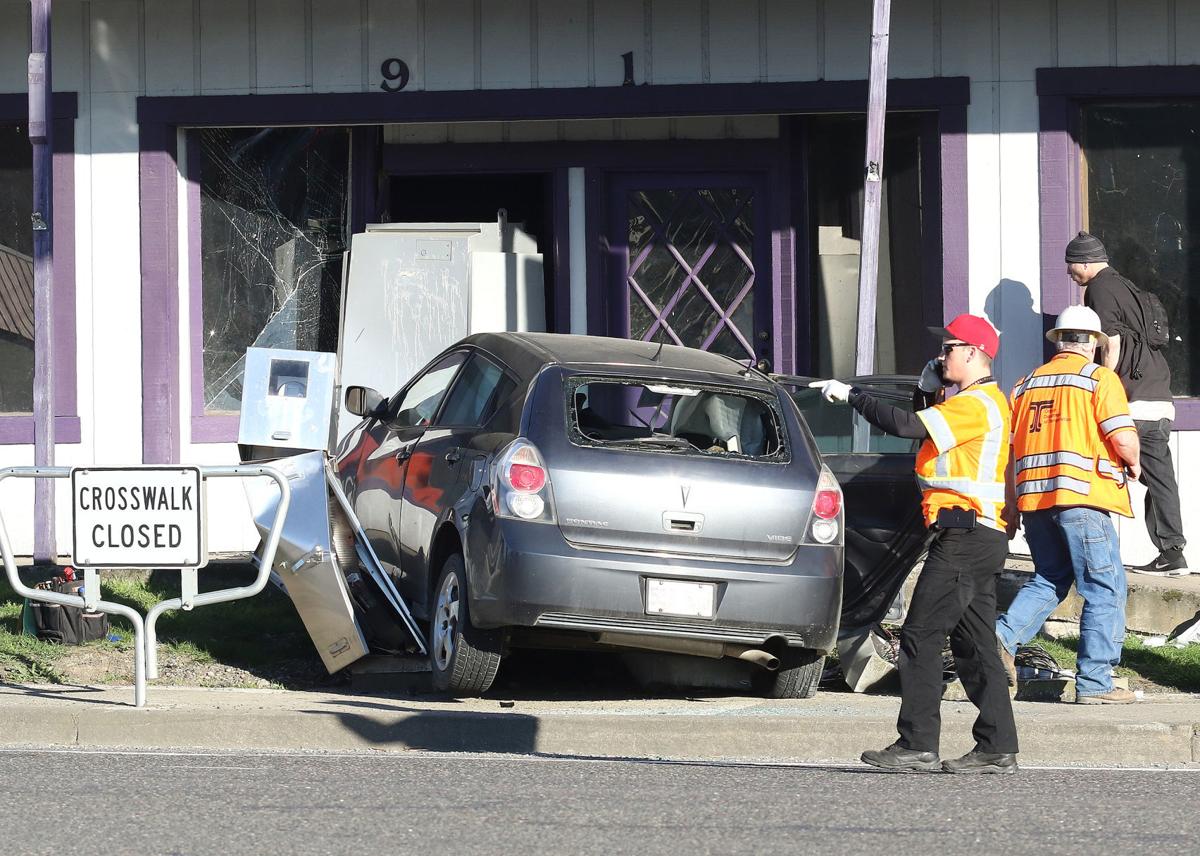 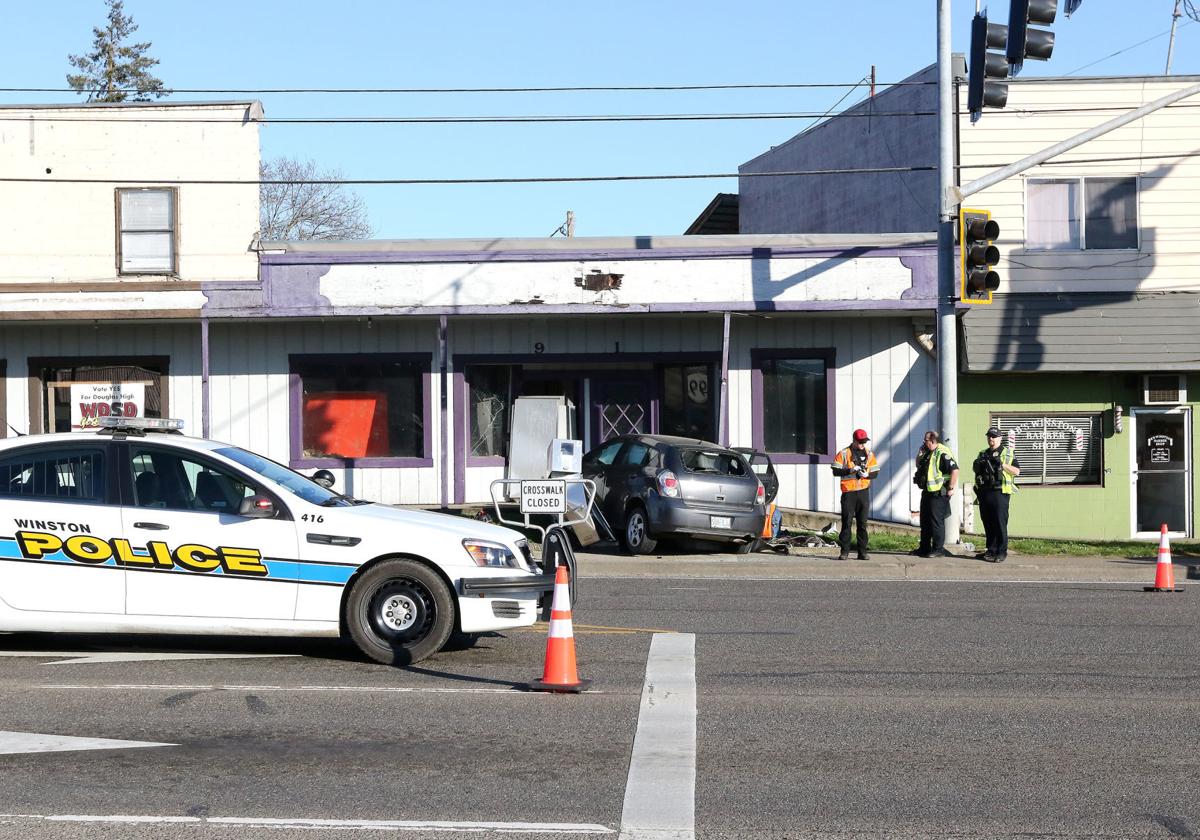 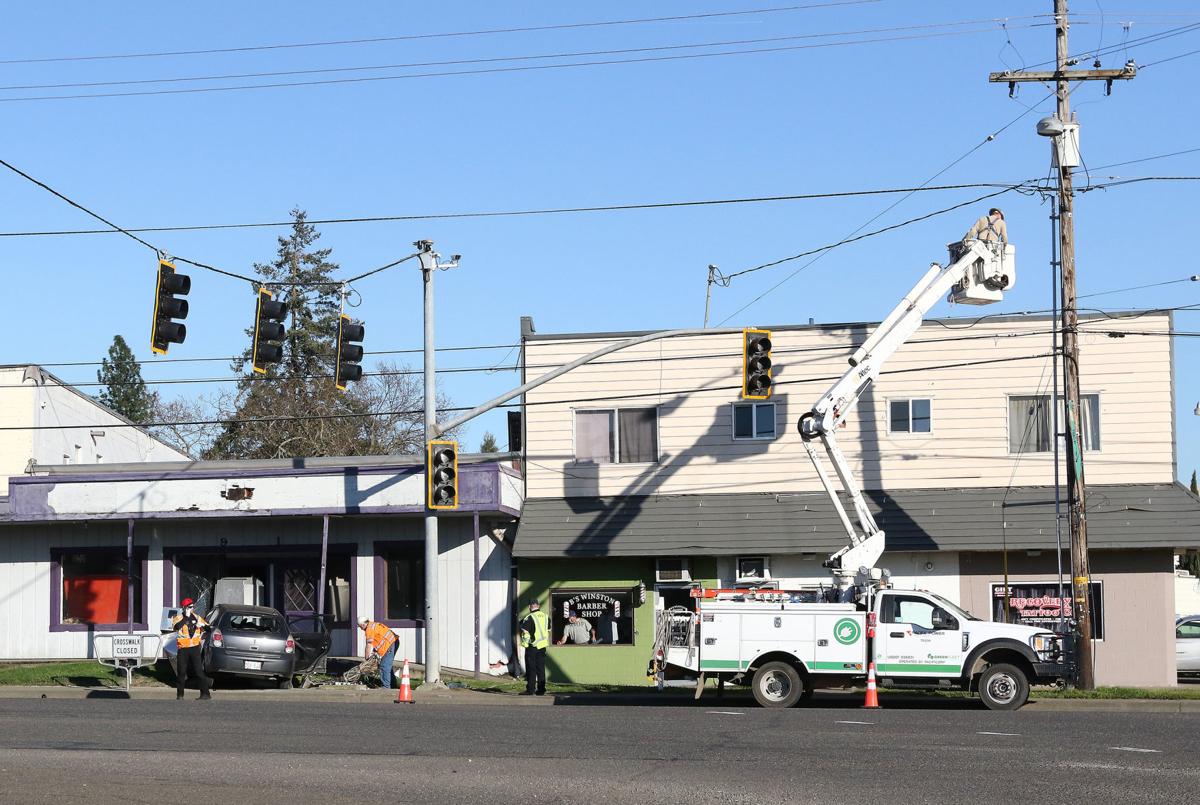 Winston Police Sgt. Mike Miller said police responded to a report at 3:35 p.m. Thursday of a driver in a 2009 gray Pontiac Vibe who was traveling east on Northwest Douglas Boulevard in Winston when his vehicle crossed the intersection at North Main Street and Douglas before coming to rest in front of the Old West Building. The crash damaged two traffic signal boxes. Because of the impact from the vehicle, one of the electrical boxes was hurled into the side of the Old West Building, causing damage to the window and one of the doors.

Several motorists stopped to assist the driver of the vehicle and performed CPR on Anton Colin Lipowski until the arrival of Winston-Fire Department. Lipowski was transported to CHI Mercy Medical Center. He was listed in serious condition as of Friday morning.

Miller said drivers responded appropriately once the signal was knocked out.

“Oddly enough, everybody that came through treated it as a four-way stop,” Miller said.

“At least it’s a stop gap until more permanent repairs can be made,” Leaming said.

Traffic was reduced to one lane on North Main Street while ODOT crews made repairs.

“It’s not business as usual going through the intersection,” Leaming said.

A perfect time to have a ball at Stewart Park

A perfect time to have a ball at Stewart Park