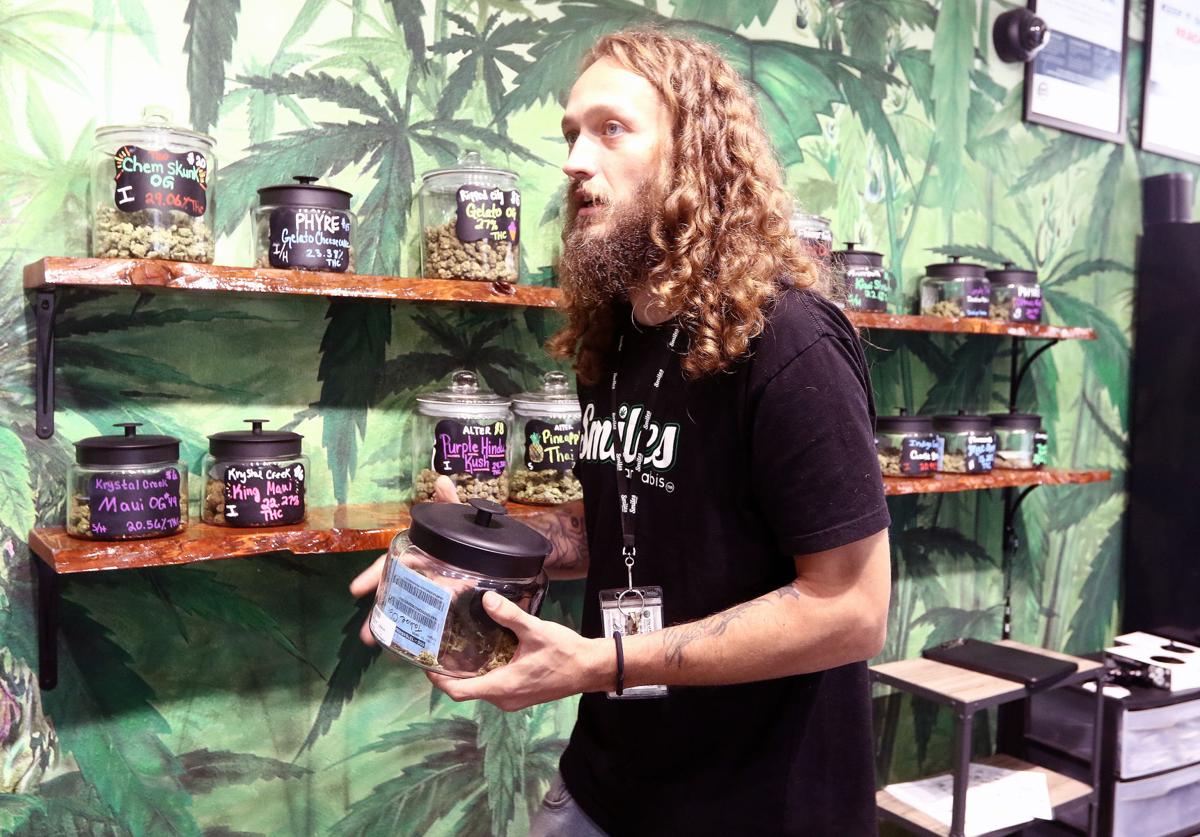 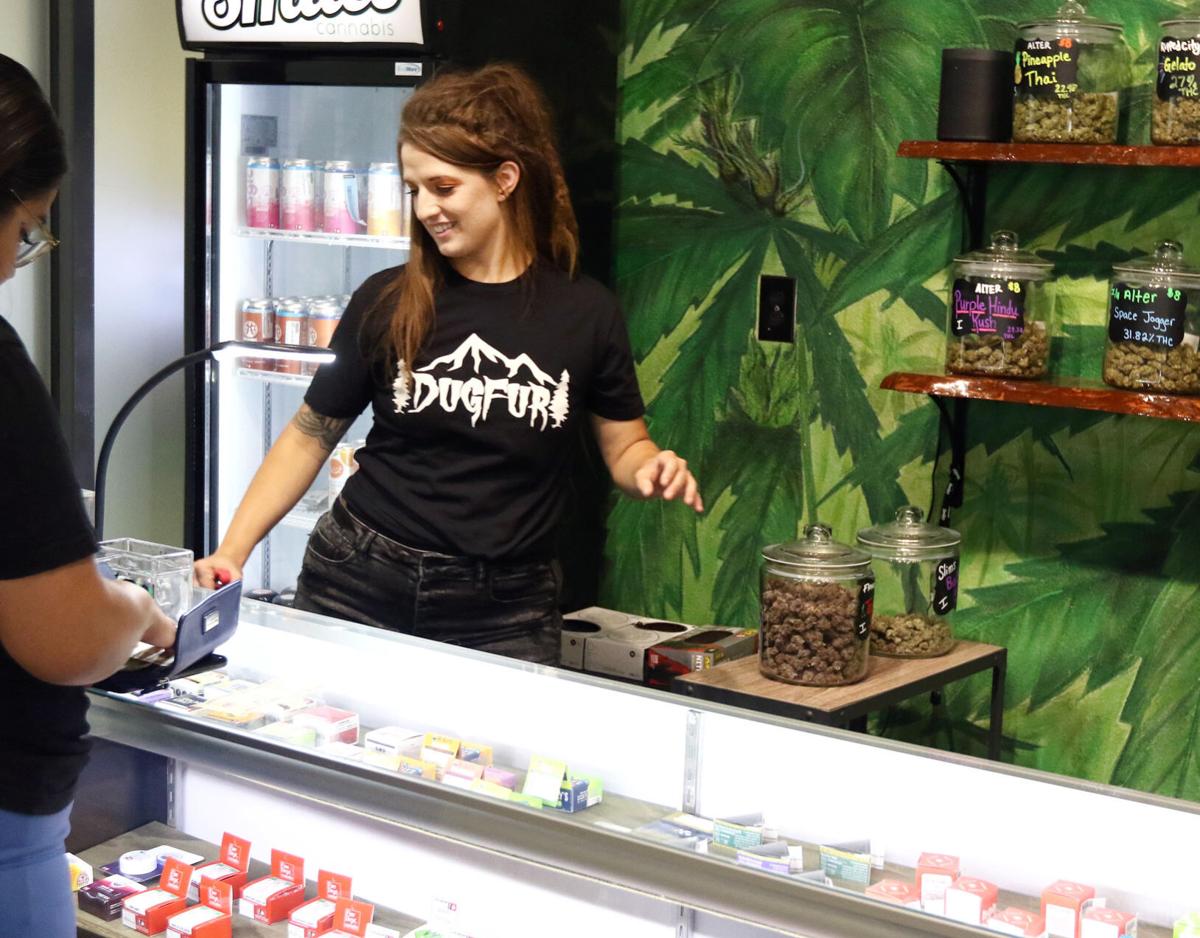 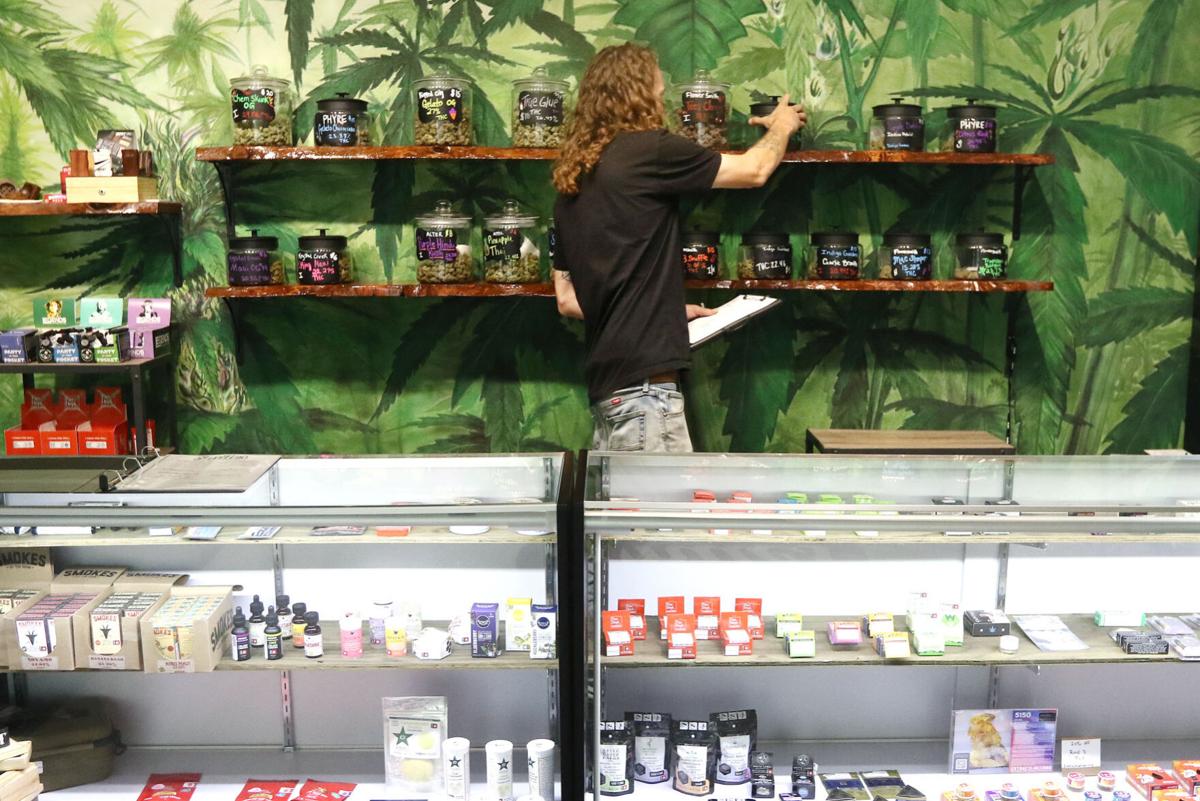 Smiles marijuana dispensary general manager Justin Wreden organizes a display at the Roseburg shop on Wednesday. The dispensary opened for business on July 23. 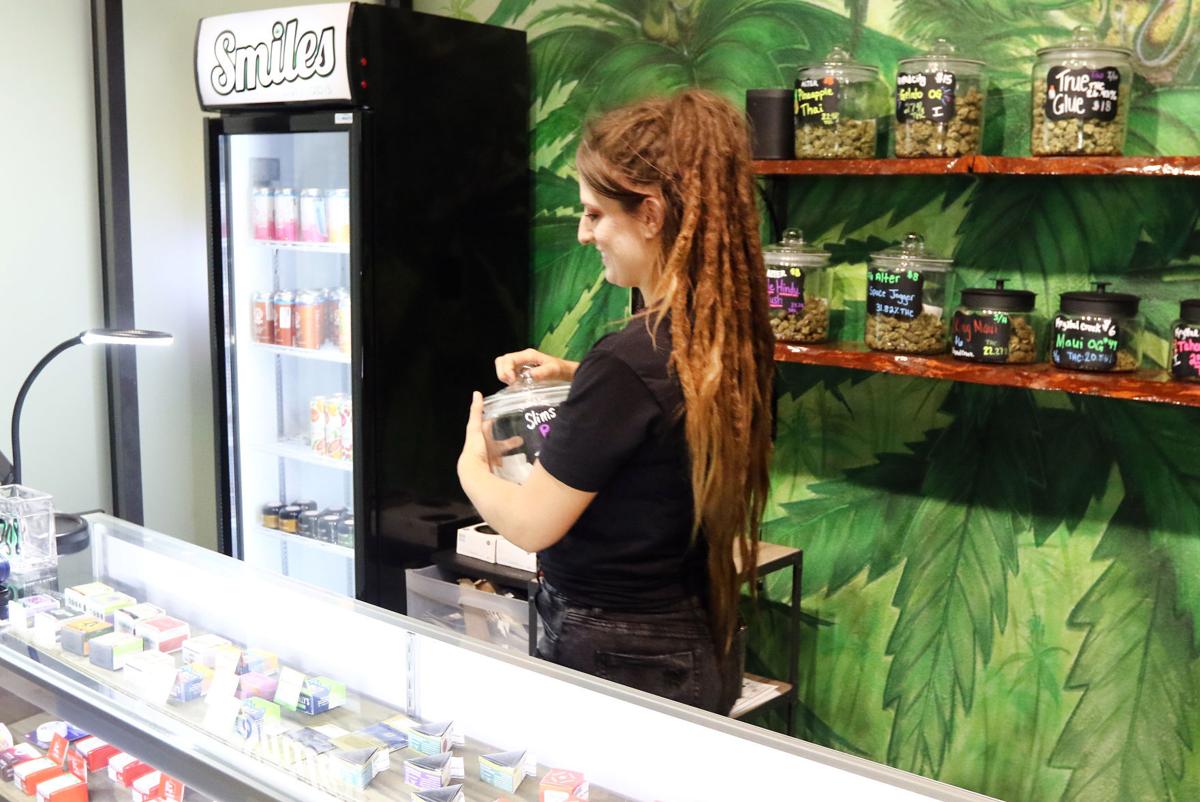 Smiles marijuana dispensary general manager Justin Wreden organizes a display at the Roseburg shop on Wednesday. The dispensary opened for business on July 23.

Zac Petterson wants to show Roseburg cannabis beyond the stereotypes.

It makes everything better, Petterson said. You name it: food, movies, music.

But that shouldn’t just bring up an image of someone lounging on a couch with a huge bag of Doritos binge-watching Netflix.

Instead, Petterson wants people to think how cannabis can inspire people to explore nearby oddities, discover new hiking trails or connect with friends. He also wants to share how it helped him, a longtime dirt bike rider, recover after serious injuries without Advil or painkillers.

He hopes this can be achieved through his dispensary, Smiles, which opened its doors on July 22.

This mindset helped in the naming process. Petterson, co-owner of Smiles, said he didn’t want anything that pushed cannabis in the community’s face. After some consideration, he thought about how the word “smile” could still allow them to engage with the public and how it simply brought joy.

“How do you not say it without a smile?” Petterson said.

The shop prides itself on the relationships it’s built over the years with cannabis growers in Oregon. And the shelves prove it. Every jar is full of products that came directly from a garden in Oregon. While some garden’s products like Flowersmith, can’t be found at any other shop in Douglas County, according to Petterson.

“We’re helping the gardens get exposed to people,” Petterson said. “Then as a customer, you can become a fan of a garden.”

Merchandise from the various gardens can be purchased at the store while hand-painted walls featuring marijuana plant murals enhance the sensation of walking inside a garden.

In addition, Smiles is making an effort to connect with local businesses through a loyalty program. Whenever someone joins the program, they earn points with each purchase that when added up can be redeemed with a gift certificate to a local business.

“So you can purchase your cannabis and then go, ‘Oh I have enough points for a coffee, I’ll cash that in so now you have a coffee,” Petterson said.

“I want to show people we’re active with the community,” Petterson said.

Peterson hopes this will also lead to more engagement in the future.

A grand opening for Smiles will take place once the parking lot is finished where attendees will be able to enjoy BBQ and store specials.

I say if you’re going to legalize one, legalize them all. The only reason that what they call hard drugs creates more crime is because of the illicit status of them.which increases the price, thus people go to great extremities to obtain them. Other countries have legalized everything, and their crime and drug addiction has decreased.Just like Hamlin said about the governors order “we can make our own responsible decisions “ right?!😀

Yeah, right! Cannabis certainly helped much of the homeless get to where they are; and they aren't smiling much, are they?

Maybe this new cannabis store will actually help break the stigma of this plant in this conservative Southern Oregon!

Keep up the great work and good luck with this internship!

Please don't drive under the influence while smiling through new adventures.

I doubt that hiking high is a good idea. (I'm also certain that wrecked diving is an even worse idea.)

Recreational edible cannabis is a lot safer than alcohol; medical cannabis is a great way to reduce narcotic analgesics and to exit addiction--it's a gateway drug --> out.