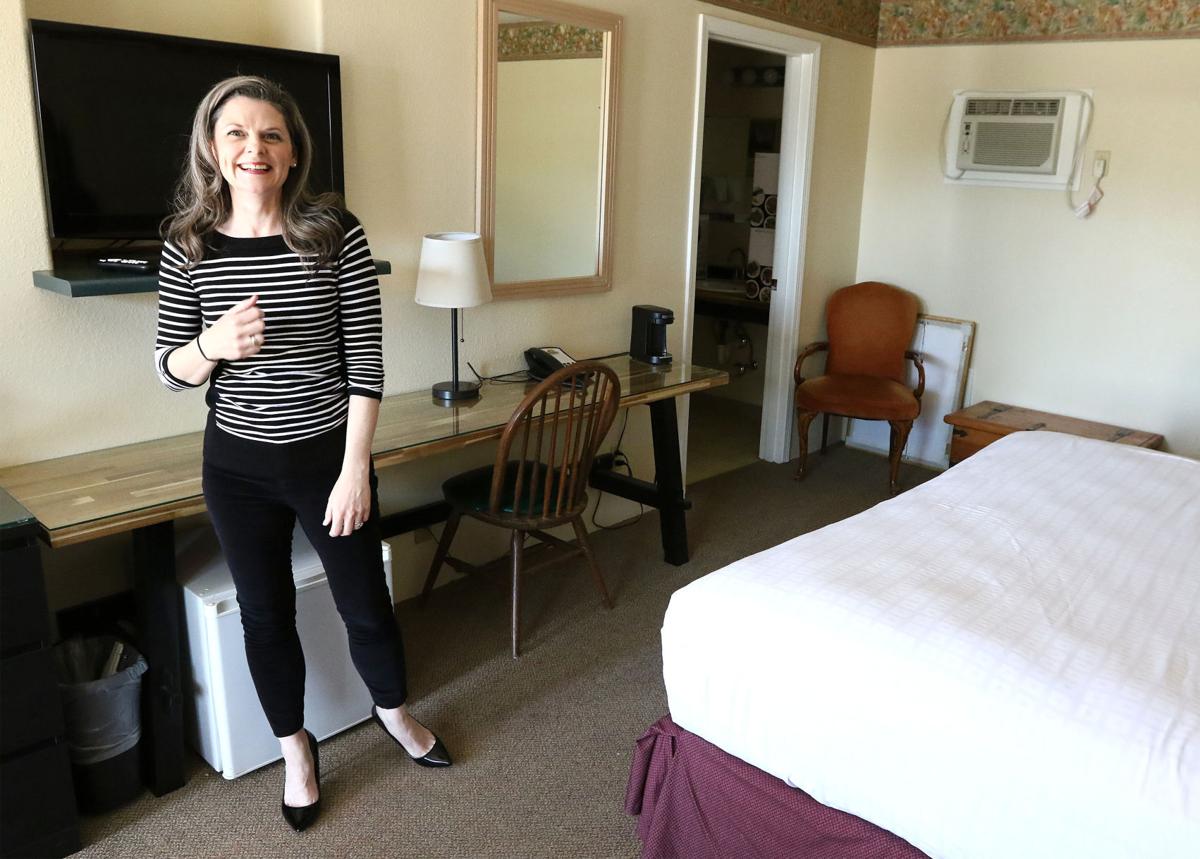 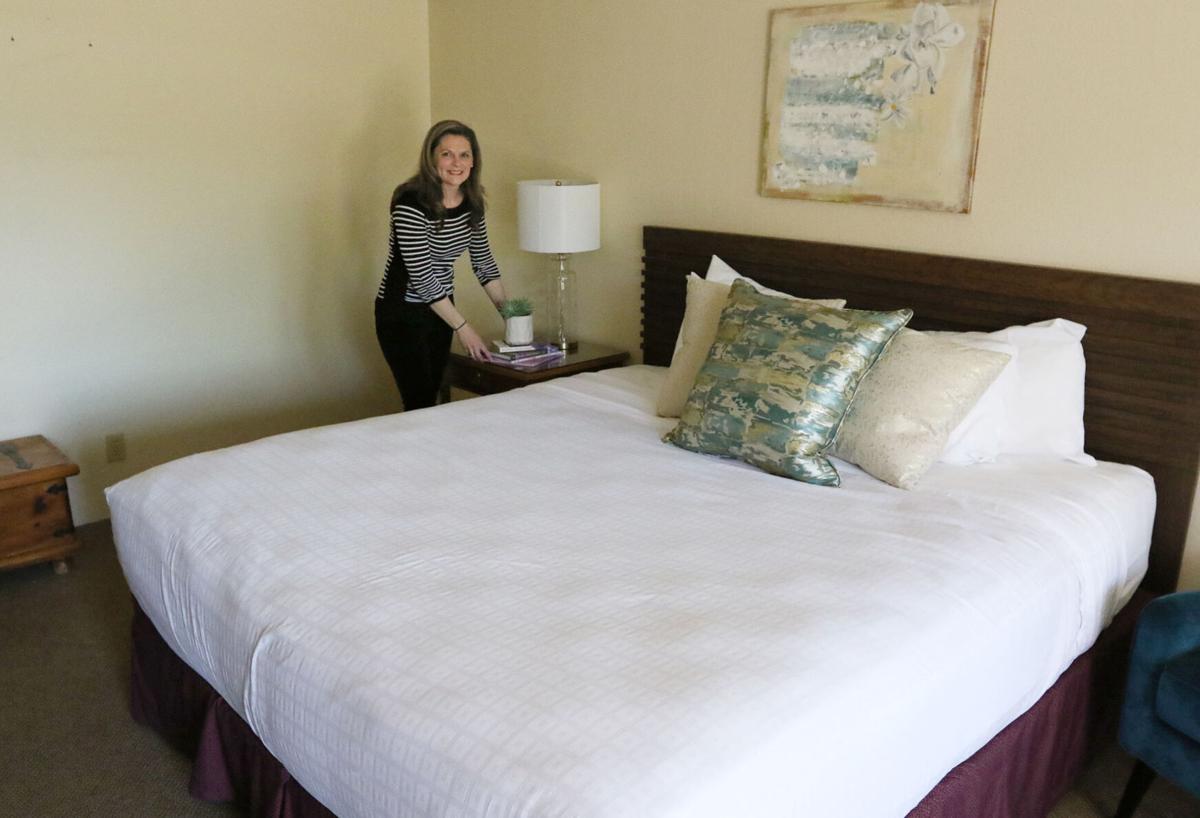 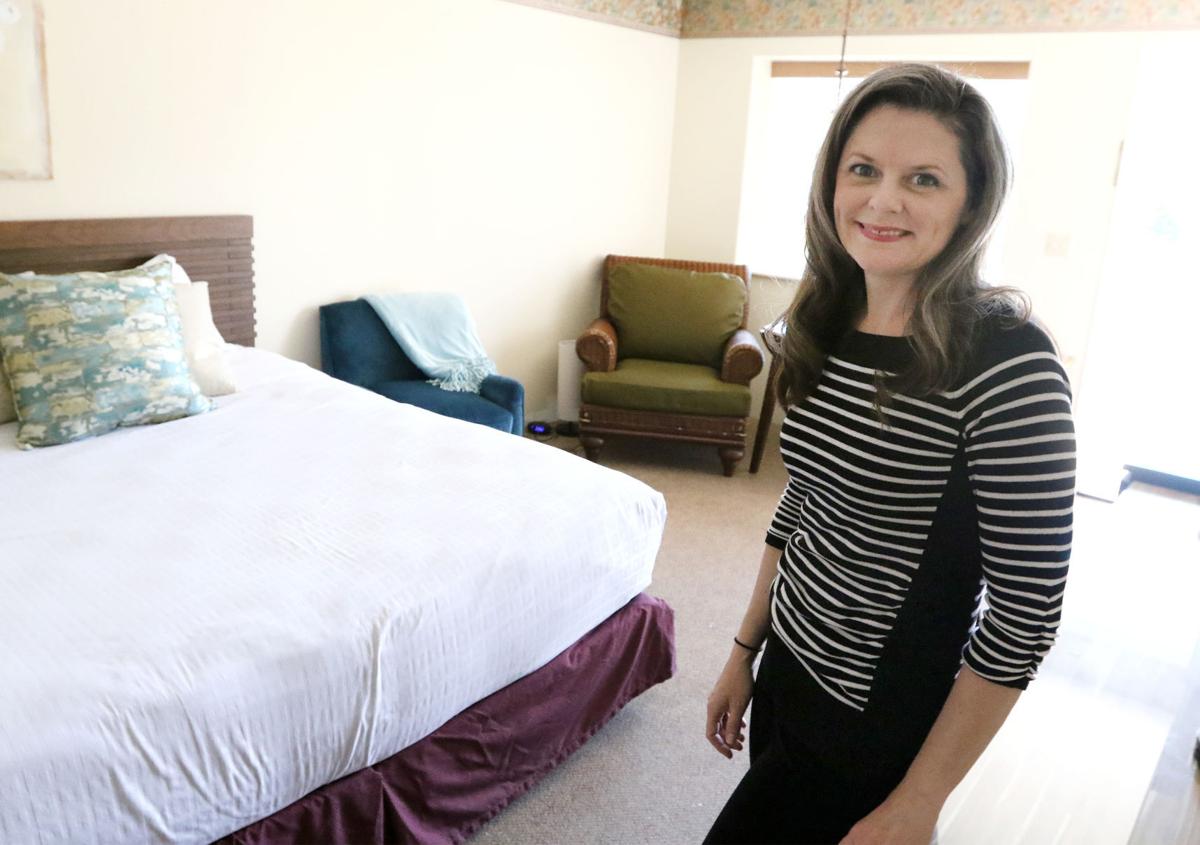 The hotel sits empty now, probably for the first time in a long time. But soon it will be full again, a haven where people can feel safe and welcome and get help pulling their lives back together.

Peace at Home, a Roseburg nonprofit organization that serves victims of domestic violence, was awarded a $1.5 million state grant to buy a Douglas County hotel and turn it into a unique shelter for its clients as well as those forced to leave their homes because of the Archie Creek Fire.

Its location is not being revealed to ensure the safety of those who will be living there.

The grant came from the Oregon Community Foundation as part of a statewide push to help vulnerable communities, including those who lost their homes in last year’s wildfires. Peace at Home took possession of the hotel last week.

“I’m super grateful that it’s almost move-in ready,” Melanie Prummer, executive director of Peace at Home, said during a walk-through of the hotel.

The fact that the hotel and its two dozen or so rooms are in such good shape means those needing shelter should be able to move in in just a few weeks, she said. The first order of business is taking care of the basics, Prummer said — installing security measures like state-of-the-art fire alarms as well as making sure the utilities are working properly.

Not all rooms are the same size, allowing for some flexibility for living situations, Prummer said. There are a handful of adjoining rooms that would allow families to have more space, she said. Prummer has ordered 10 ready-made kitchenettes, complete with a sink, stovetop, cabinets, and refrigerator that will be installed in some of the larger rooms.

There is also an area that will be converted into offices for Peace at Home staff, and a kitchen that could provide some unique opportunities, Prummer said.

“We may continue using the kitchen so that we can help build community,” she said. “We’re also looking at other community activities, outdoor things like barbeque and spaghetti feeds, so people can get out of their rooms.”

Peace at Home, which was formerly Battered Persons Advocacy, has about two dozen staff. The agency is partnering with the organization Glide Revitalization, which is helping the hundreds of individuals who lost their homes the Archie Creek Fire. Some of those individuals will be offered shelter at the converted hotel.

“It’s not completely unheard of but there are challenges to that. It’s really about whether our model is a fit for people,” she said. “I hope that everyone will see it as a really positive place. We’re trying to build a community.”

A LIFELINEThe Oregon Community Foundation program is in its infancy. It dates back to last November, when the Oregon Legislature’s emergency board allocated $65 million in state funding to purchase financially distressed motels across the state in an effort to deliver housing in the wake of the COVID-19 pandemic and wildfires. Some of these properties may ultimately be converted into long-term housing.

Two distinct funds were provided by the state: one totaling $30 million to be awarded in counties and tribal communities impacted by the 2020 wildfires; and one totaling $35 million for the remaining 28 counties in the state. Oregon Community Foundation is administering both funds through an application and selection process, with guidance from an advisory committee of state, local and community stakeholders.

“Last year’s wildfires were devastating. Many survivors lost everything,” Oregon Senate President Peter Courtney said in a news release. “The Emergency Board stepped in with funding. That was just the first step. Now this project will give them a place to stay. I am happy to see Project Turnkey hard at work.”

So far eight community agencies have received funding under the program, with more than $22 million in funds distributed. More funding is in the pipeline, said Megan Loeb, program officer with the Oregon Community Foundation.

The goal of the program is to provide funding for between 800 and 1,000 shelter units total in a “rapid fashion,” through these hotel conversions, Loeb said. The hope is that these initial emergency shelters can help people stabilize their lives so that they can transition into more permanent housing, she said.

“We all know that a shelter is a gateway to permanent housing,” Loeb said. “A shelter is never the end of the process.”

Missy Cox knows more than most people the critical role an emergency shelter can play in someone’s life. She’s been there.

Cox received services from the former Battered Persons Advocacy for more than a decade. During that time she was the victim of severe domestic violence, battled a heroin addiction and became homeless.

The services she got were literally a lifeline for her, Cox said.

“My advocate at the time connected me to resources which helped me start making changes in the right direction. She accompanied me to court hearings and to medical appointments,” she said.

With the help of Peace at Home, Cox turned her life around and set out to help others do the same. Today she is employed as a shelter case manager for the organization. The thought of the new shelter is heartwarming, she said.

“I am feeling both nostalgic and excited to see and be a part of these significant changes,” she said. “From where I sit, Peace at Home is the most incredible agency far and wide.

“Peace at Home employs compassionate, educated, and trauma-informed advocates who are here to help victims find safety. Our future is bright knowing that with this change comes a greater opportunity to provide services to people in our community.”

Peace at Home in Roseburg is the eighth agency in Oregon to receive funds from Project Turnkey. The others receiving grants are:

Volunteers turn out to beautify rivers

Crazy about cranes: Wildlife Safari is home to three cranes

Volunteers turn out to beautify rivers