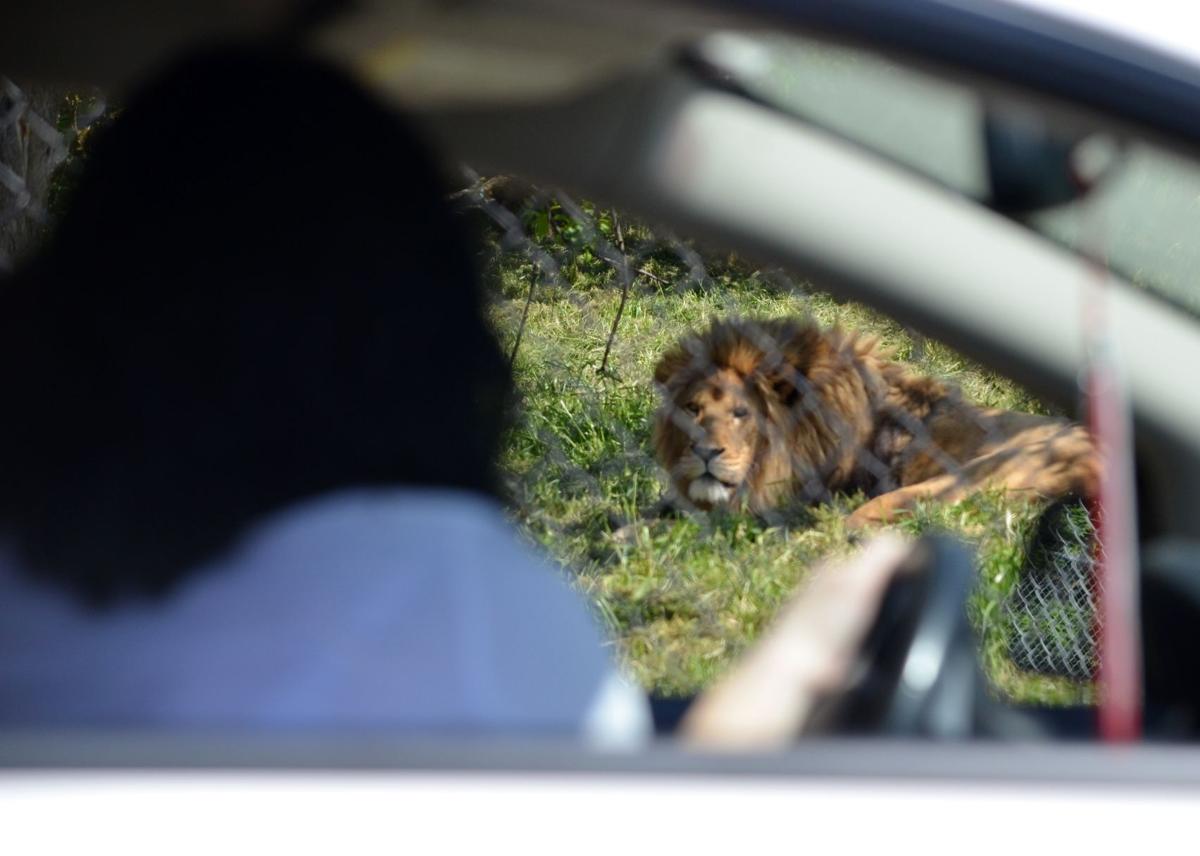 A visitor stops with a carload of Wildlife Safari guests at the lion exhibit of the animal park in Winston. The park, which draws visitors far and wide, is one of the unique animal parks in the nation that visitors drive through to see its animals. 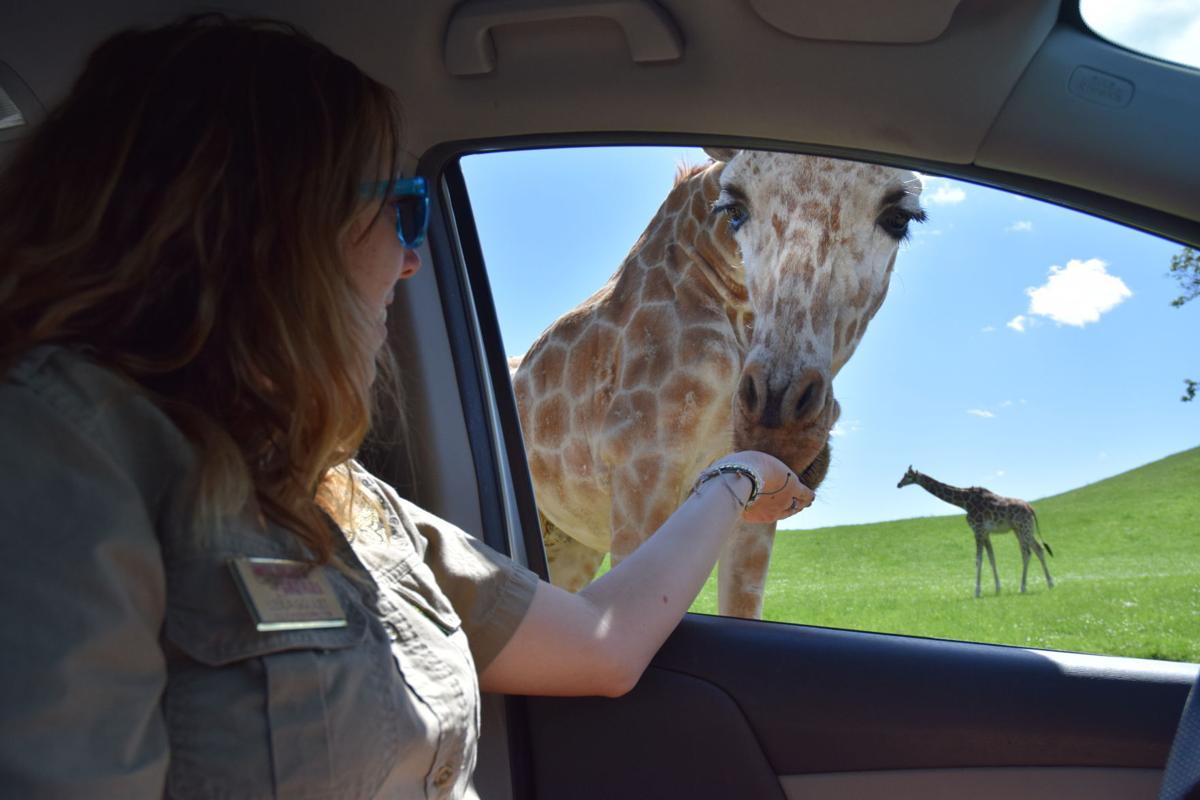 A visitor stops with a carload of Wildlife Safari guests at the lion exhibit of the animal park in Winston. The park, which draws visitors far and wide, is one of the unique animal parks in the nation that visitors drive through to see its animals.

The amount of money it takes to run Wildlife Safari in Winston is staggering even to members of the staff.

"I did a little research on it and how we compared to other animal parks," said Leila Goulet, the education director at Wildlife Safari. "A lot of them were saying how they were having trouble funding their facility and how it costs them $3,000 per day. I wanted to do the math and put that in perspective with our facility.

With that massive amount of land comes a massive amount of work that goes into running the park and taking care of its animals. Goulet said around 30 full-time zookeepers, along with multiple interns, divide up care for the animals. Many are breed specific and designated to take care of carnivores, cheetahs, elephants and others.

There's a wide variety of animals — Goulet said there are anywhere from 90 to 100 species of animals inside the park. And they can all be seen in separate continental sections, with emus and yaks gracing the Asian part of the park, buffalo and elk walking around the North American section, and zebras and giraffes grace the African plains.

Two full-time veterinarians and an annual college intern are in charge of the animals' care, which has gone far beyond simply feeding and basic animal maintenance. In February of 2019, CHI Mercy Medical Center provided a venue for park staff to do an MRI on a rescue cougar, which has previously contracted Cushing’s disease, a pituitary gland tumor.

The park has been doing that kind of care since it opened.

Frank Hart, seeing the rolling green hills outside of Winston not long after a typically wet winter and spring in western Oregon, purchased the land for the park since it reminded him of the rolling, grassy hills of Africa. According to its website, www.wildlifesafari.net, Wildlife Safari has grown into an internationally recognized non-profit wildlife park dedicated to conservation, education and animals in wide open spaces.

The park has drawn celebrities far and wide as well — Australian environmentalist and television personality Steve Irwin made multiple visits to the venue before his death in 2006.

It's also one of the top cheetah breeding research centers on Earth and is the number one cheetah breeding facility outside of Africa, the park says. Earlier this year, four cheetah cubs were born on site.

And the park was a big hit during much of the coronavirus pandemic. With drivers and visitors inside their cars as they drove through the park, it adhered to social-distancing standards put into place around the world. It worked perfectly for the park: Executive Director Dan Van Slyke said the park brought in as many as 3,000 to 4,000 visitors per day, with all of them safely socially distanced in their vehicles.

“We actually fielded calls from people in the first week (of social distancing) thinking they were breaking the law if they left their house, so it was like a ghost town here that first week,” he said. “They were scared to come here. Then after a little while, they realized there was a place they could actually go to nearby so they could keep some of their sanity.”

Wildlife Safari welcomes Kayode the white rhinoceros to the park