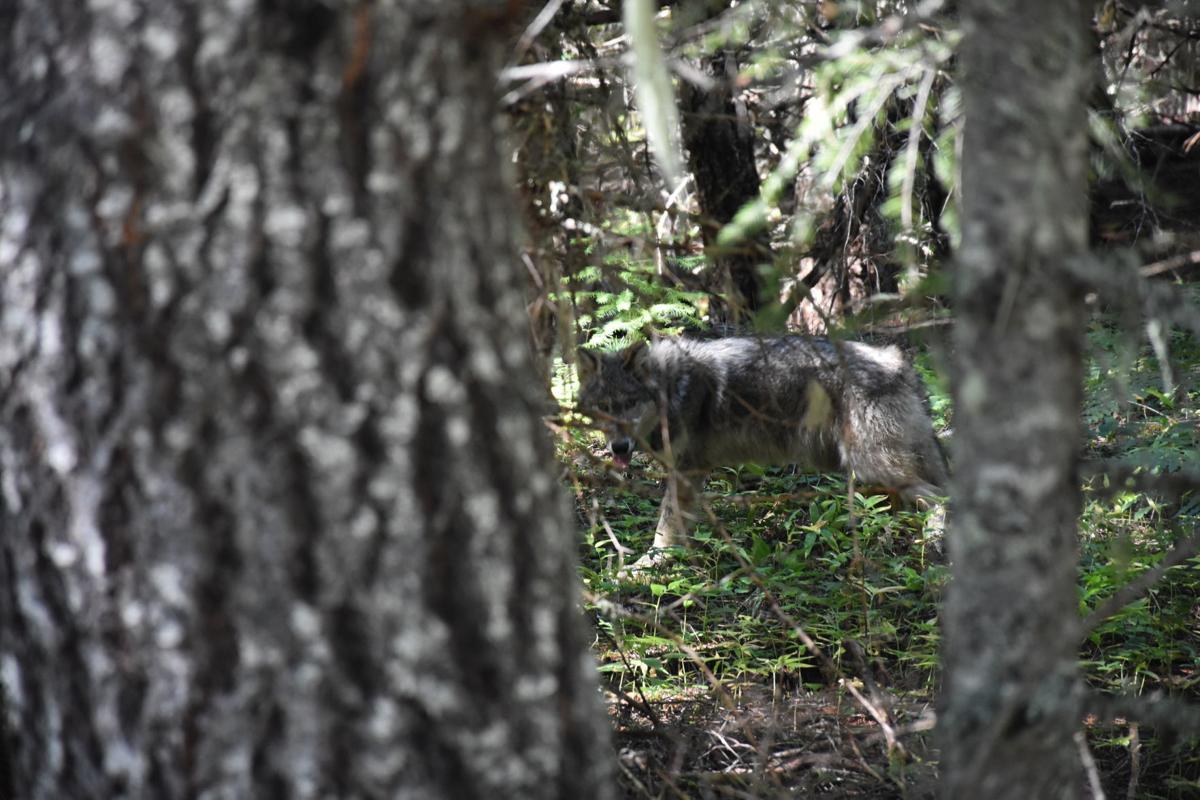 A female juvenile wolf from the Indigo group of wolves who was fitted for a GPS collar in the Umpqua National Forest. At least four pups have been born to the group in western Oregon, where they are still listed as endangered. 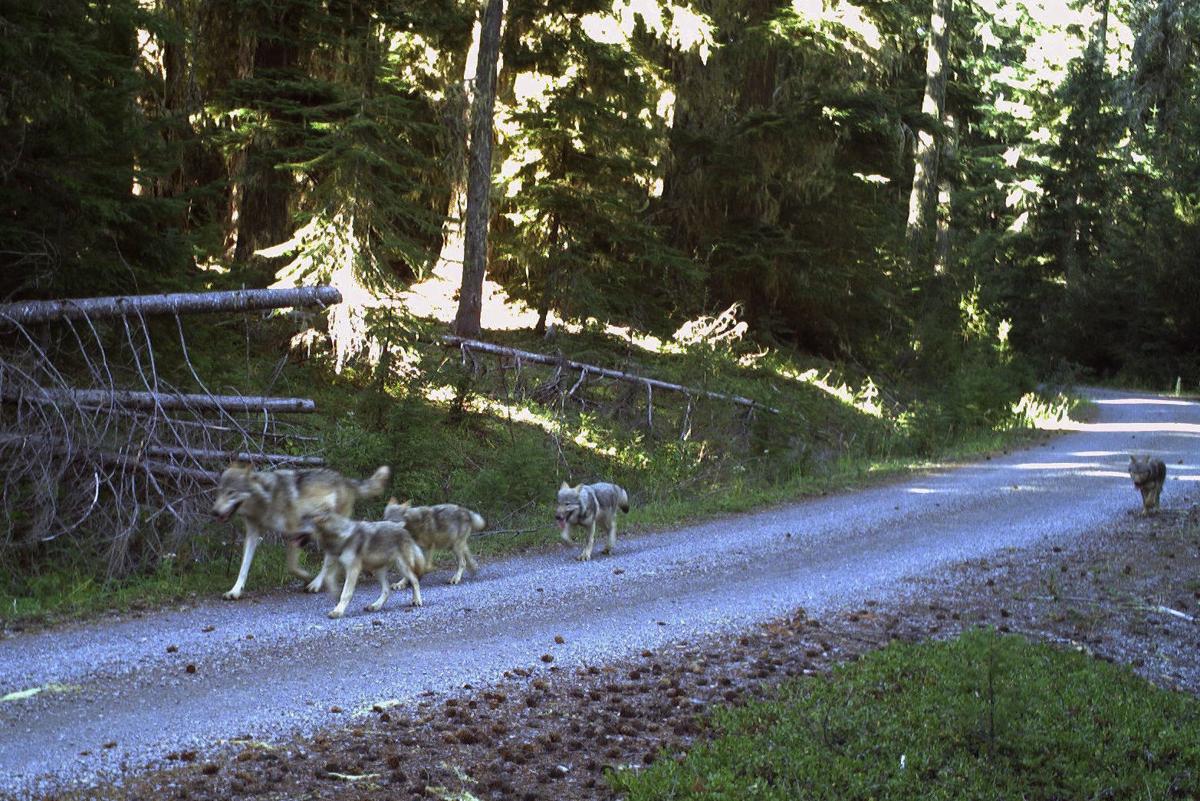 A wolf and four pups make their way through the Umpqua National Forest in this August trail camera photo.

A female juvenile wolf from the Indigo group of wolves who was fitted for a GPS collar in the Umpqua National Forest. At least four pups have been born to the group in western Oregon, where they are still listed as endangered.

A wolf and four pups make their way through the Umpqua National Forest in this August trail camera photo.

Staff from the Oregon Department of Fish and Wildlife and the U.S. Forest Service confirmed Friday morning that a wolf group located in the Umpqua National Forest has given birth to pups.

A photo taken from a trail camera showed four wolf pups walking along a trail in the Umpqua National Forest on Aug. 27. They are part of the Indigo group of wolves, which were discovered as a group of wolves north of Toketee Falls and Highway 138E earlier this year.

In addition, staff from the ODFW and the U.S. Forest Service collared a 52-pound, six-month old juvenile wolf on Sept. 26, according to an email from the ODFW. It’s a GPS collar that includes a biodegradable foam spacer so the collar will continue to fit as the wolf grows into an adult.

The group has been seen in Lane and Douglas counties. Its presence marked the first time since the reintroduction of the species into Oregon’s wildlife that wolves had been spotted in Douglas County. The last time a gray wolf was presented for bounty in Douglas County was 1946.

“It’s heartwarming to see photos of this wolf family running through the forests of western Oregon, but we’ve got to keep them protected,” Amaroq Weiss, senior West Coast wolf advocate at the Center for Biological Diversity, told The Associated Press.

The wolf is the 80th wolf collared in Oregon and the first one to be collared in the Indigo group of wolves. ODFW and Forest Service workers make it a point to place a collar on at least one wolf in a resident group or pack to help monitor their movements.

There were 16 documented wolf packs in Oregon this past winter, with all but three residing in eastern Oregon. Most of the documented activity from the Indigo group has come near the Lane-Douglas county line north of Toketee Falls and Highway 138E.

An earlier version of the story contained incorrect information.

The Associated Press contributed to this story

The gun grabbers will want your guns no matter what. I don't worry about my personal safety when it comes to wolves, I worry about the slaughter of our elk herds and deer populations, which I have witnessed first hand in another nearby state.

Makes hiking and camping with your children all the more adventurous, huh?

Back in the day, before 1946, people in the woods wore a pistol and pack a rifle when travelling. Ironically... It will be only a matter of time before the gun-grabbers scream for their eradication...but, only after one of their loved ones die. ;-)