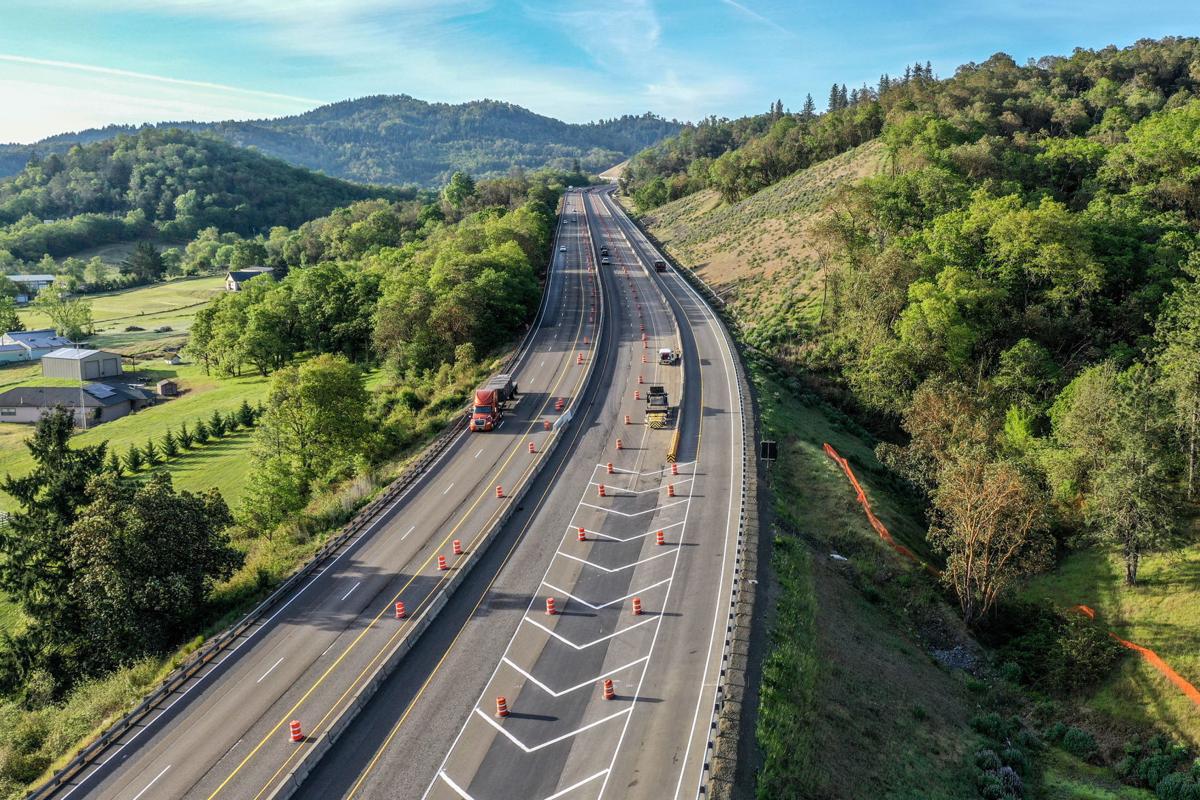 This drone photo shows the latest progress on the Roberts Mountain paving project on Thursday. 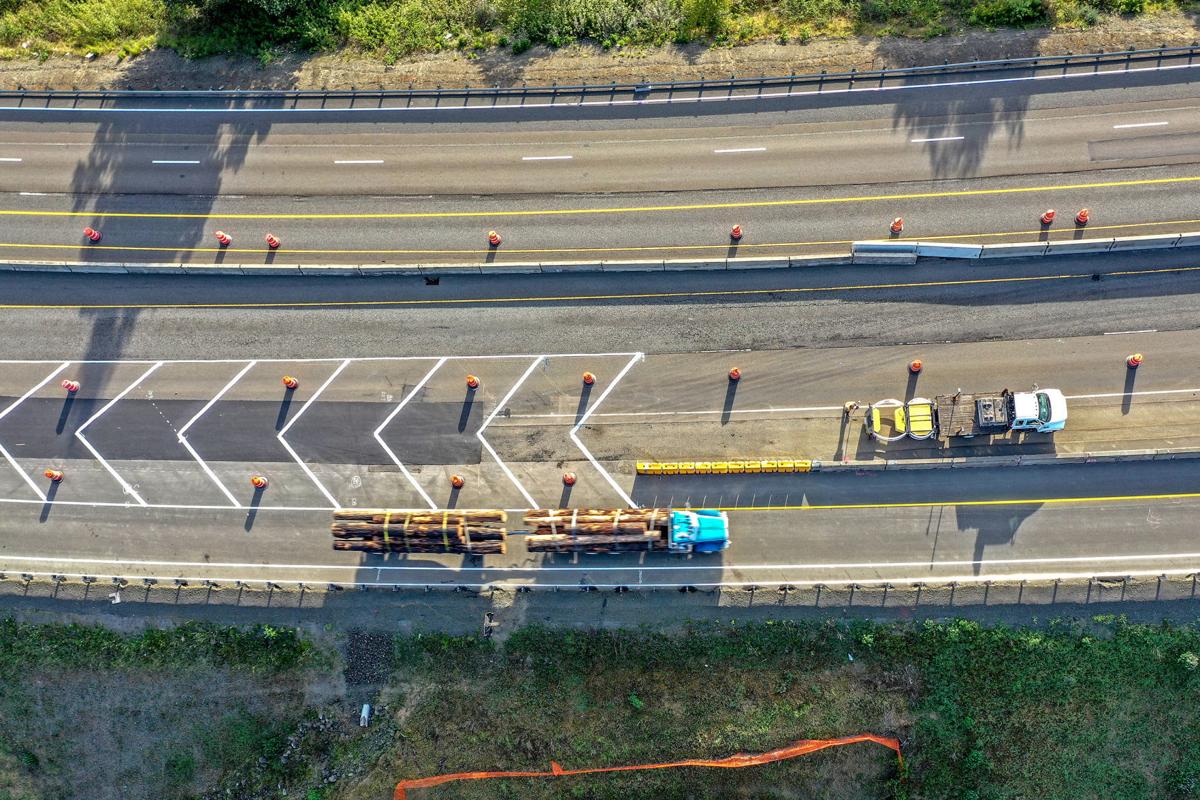 A view from the air on the Roberts Mountain expansion project on Thursday.

This drone photo shows the latest progress on the Roberts Mountain paving project on Thursday.

A view from the air on the Roberts Mountain expansion project on Thursday.

After more than two years of excavation work, crews with the Oregon Department of Transportation have begun paving on a 5 mile stretch of the $33 million Interstate 5 Roberts Mountain expansion project.

Traffic controls were put in place Sunday, allowing workers to split the northbound lanes of I-5 in order to get the paving done. Those traffic controls are in effect 7 p.m. to 7 a.m. Sunday through either Friday or Saturday, “depending on how much work needs to be done,” ODOT spokesperson Dan Latham said.

“The last two years we’ve been excavating, widening the roadway, putting our base paving in, but now we need to repave the rest of the travel lanes,” Latham said. “With six lanes to pave, it’s going to take a lot of work.”

The project, which began in February 2019, is designed to add a truck-specific travel lane on both the northbound and southbound sides of the freeway.

While night paving is taking place, the southbound lanes will be split into a far-left lane and a far-right lane while crews pave the center lane. Large trucks will be required to travel in the right lane only, while passenger vehicles can use either lane.

Latham said that traffic pattern is expected to last for a month, and that northbound traffic on Roberts Mountain can expect intermittent single-lane closures as crews lay down temporary striping, install new guardrails and pave the lanes.

Of the $33 million price tag, $30 million will come from the Statewide Transportation Improvement Program. Kerr Contractors of Woodburn was awarded the contract after submitting a bid of $26 million in 2018.

Of the 5 miles of paving that were planned as part of the project, Latham said there are still about 3 miles to go.

Motorists are advised to drive with caution when traversing Roberts Mountain and yield to construction vehicles. A 55-mph speed limit is being enforced in the construction zone.

The project is anticipated to be completed some time in August, Latham said. The contract for the project expires in September.