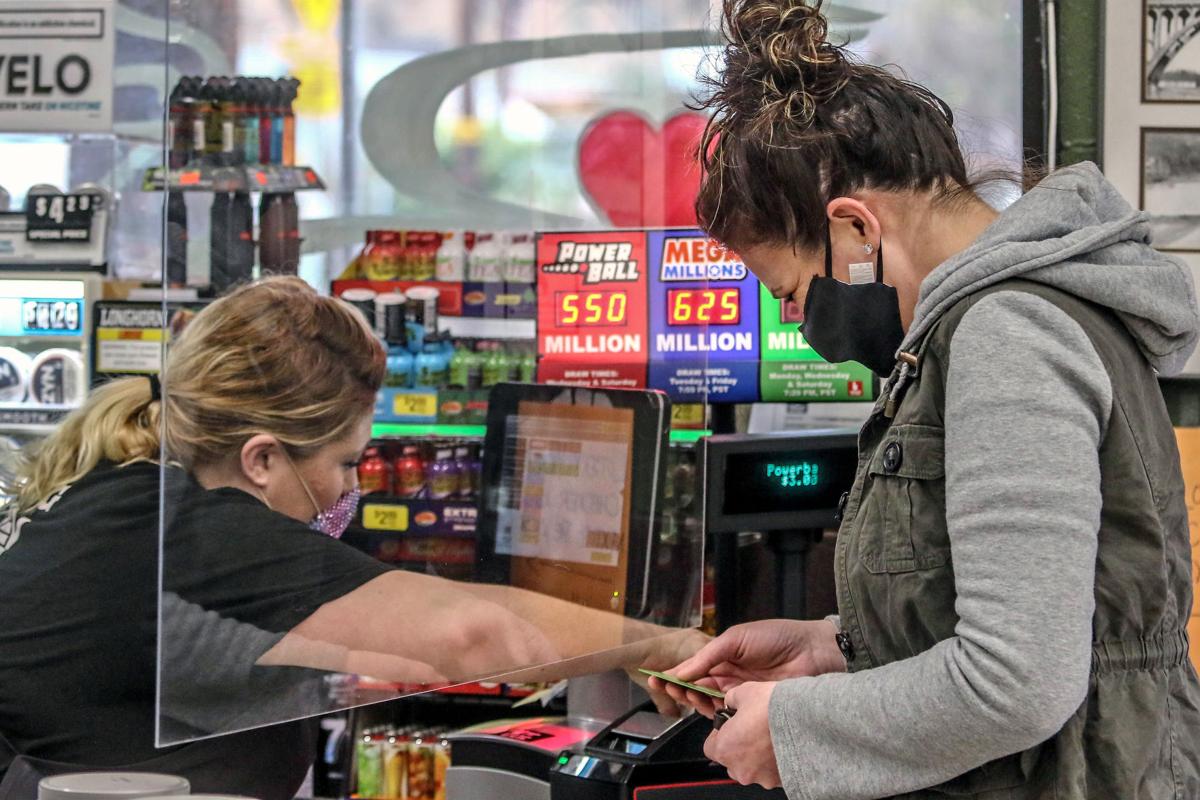 Danielle Hedlund, purchases a Powerball ticket from Log Cabin and Deli employee Heather Smith on Tuesday in Roseburg. As of Wednesday, the combined jackpot for Powerball and Mega Millions totaled more than $1.3 billion. 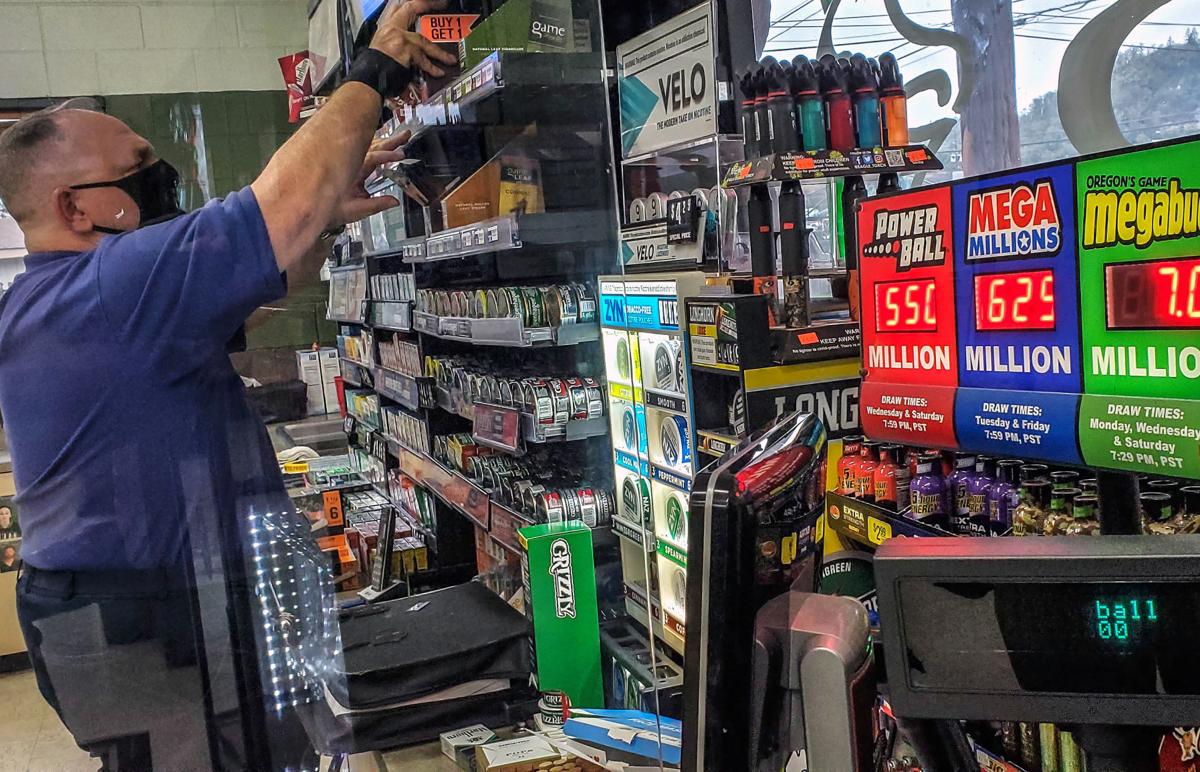 Terry Vincent, a vendor for Swedish Match, works behind the counter at Log Cabin and Deli next to lottery machines for Powerball, Mega Millions and Megabucks.

Danielle Hedlund, purchases a Powerball ticket from Log Cabin and Deli employee Heather Smith on Tuesday in Roseburg. As of Wednesday, the combined jackpot for Powerball and Mega Millions totaled more than $1.3 billion.

Terry Vincent, a vendor for Swedish Match, works behind the counter at Log Cabin and Deli next to lottery machines for Powerball, Mega Millions and Megabucks.

Danielle Hedlund didn’t hesitate when asked how she would spend the $550 million Powerball jackpot after purchasing her first Powerball ticket ever.

“Buy my mom a house,” she said Tuesday at the Log Cabin Grocery and Deli in Roseburg.

Then she had another thought.

“And go on vacation after this COVID crap is done,” Hedlund said. “Then probably, I don’t know.”

Hedlund is not the only person dreaming big this week. As if the current Powerball jackpot wasn’t tantalizing enough, the Mega Millions jackpot stood at $750 million as of Wednesday morning.

Combined, these pots exceed $1.3 billion in potential winnings. The combined total is the highest a lottery jackpot has been since October 2018, when the Mega Millions jackpot reached its all-time record of $1.537 billion on a winning ticket sold in South Carolina.

According to Log Cabin Grocery and Deli Manager Megan Nolet, lottery sales have been on the rise over the last month with the return of online lotteries. She hasn’t noticed any one person purchasing an abundance of tickets at once, but sales have indeed risen as the jackpots increase.

“Oh yeah, we definitely have seen more sales,” Nolet said. “We have definitely seen an increase in lottery sales compared to our Scratch-its.”

Across town, an employee at Bob’s Deli who declined to give her name said she has seen a few more sales recently, but nothing really out of the ordinary.

Calls to other retailers about a potential lotto fever went unanswered on Tuesday.

This is possibly the fourth largest jackpot in Mega Millions history. The last time the Mega Millions jackpot crossed the $600 million threshold was more than two years ago on Oct. 16, 2018. The cash option is valued at $550.6 million. Odds of matching five numbers plus the Mega Ball are 1 in 302,575,350. The Mega Millions jackpot was last won in Wisconsin on Sept. 15 and has seen 34 back-to-back drawings without a jackpot winner.

Of course, jackpots are not the only way to win. Potential prizes range depending on how many numbers match and odds increase as potential matches and winnings lower. The odds are significantly higher to win $1,000,000 from either lottery. The chance to match five numbers for that million dollar payout is 1 in 11,688,053 for Powerball and 12,607,306 to 1 for Mega Millions. In fact, Tuesday’s Mega Millions drawing produced a total of 3,701,286 winning tickets at all prize levels, including nine tickets that matched the five white balls to win a million dollars.

There were no jackpot winners from the Mega Millions drawing held Tuesday night. Powerball numbers will be announced at 7:59 p.m. Wednesday. Mega Millions will be drawn again Friday night.

Her first ticket had the No. 5, which happens to be her lucky number.

Biden takes the helm as president: 'Democracy has prevailed'

Biden takes the helm as president: 'Democracy has prevailed'