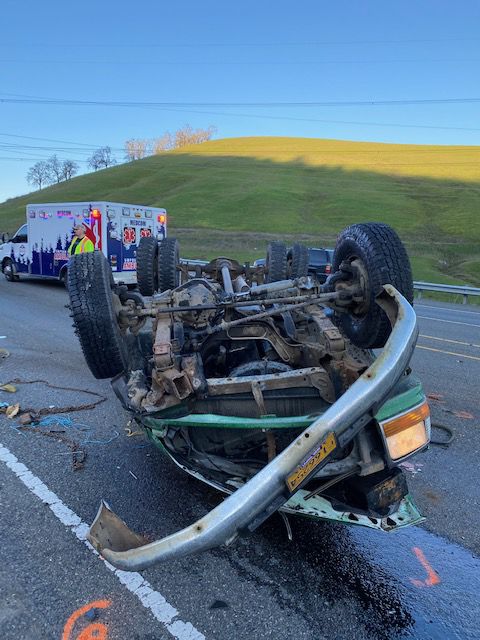 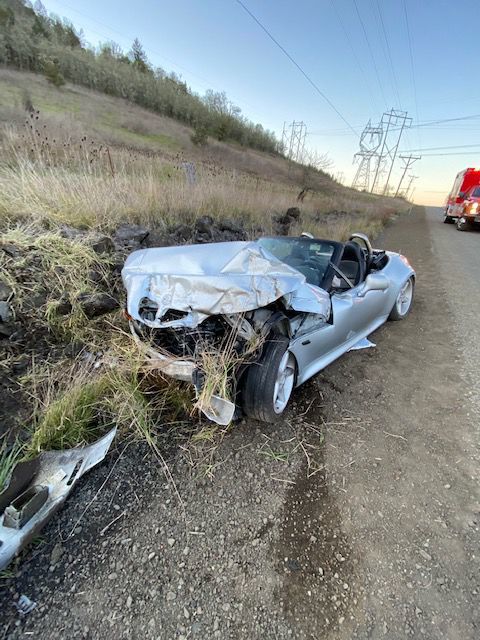 A two-vehicle crash closed Highway 138 east near milepost 8 for about three hours Friday. One person died and another was transported to Sacred Heart Medical Center at RiverBend in Springfield in critical condition.

A two-vehicle crash closed Highway 138 east near milepost 8 for about three hours Friday. One person died and another was transported to Sacred Heart Medical Center at RiverBend in Springfield in critical condition.

The crash closed Highway 138E, near milepost 8, for around three hours Friday, according to information from the Oregon Department of Transportation.

According to a preliminary investigation from the Oregon State Police, a BMW coupe driven by 62-year-old Eddie Gaylor of Roseburg was headed east on 138E. The BMW allegedly lost control for unknown reasons and rear-ended a Ford pickup driven by Allen Gilbert, according to the OSP.

The Ford pickup rolled and came to a stop in the westbound lanes. Gilbert was ejected from the vehicle and died at the scene.

The BMW spun out of control, crossed both lanes of traffic and ultimately came to stop in a rock embankment on the westbound shoulder.

Investigators believe neither Gilbert nor Gaylor were wearing safety belts at the time of the crash.

Winston police: Medical event appears to have led to crash that knocked out traffic signal

Winston police: Medical event appears to have led to crash that knocked out traffic signal