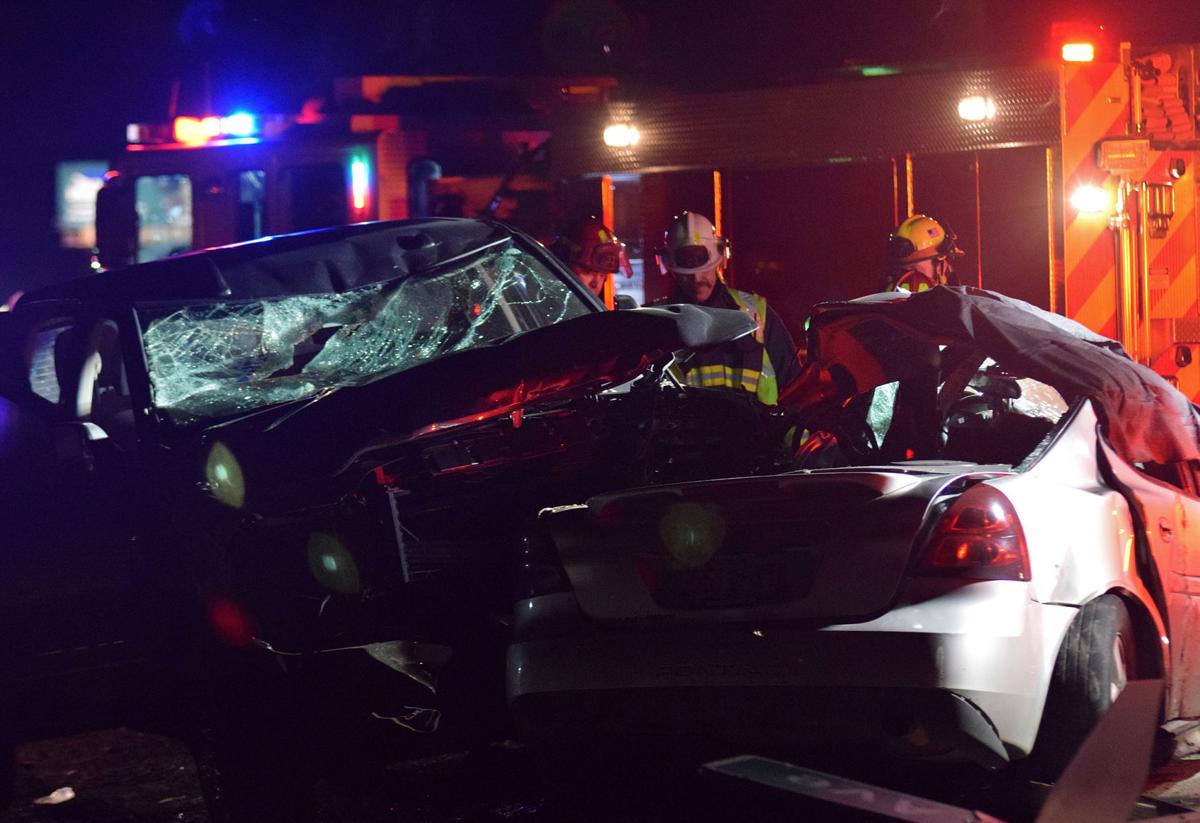 First responders work at the scene of a two-vehicle collision on Highway 42 near Winston on Saturday. 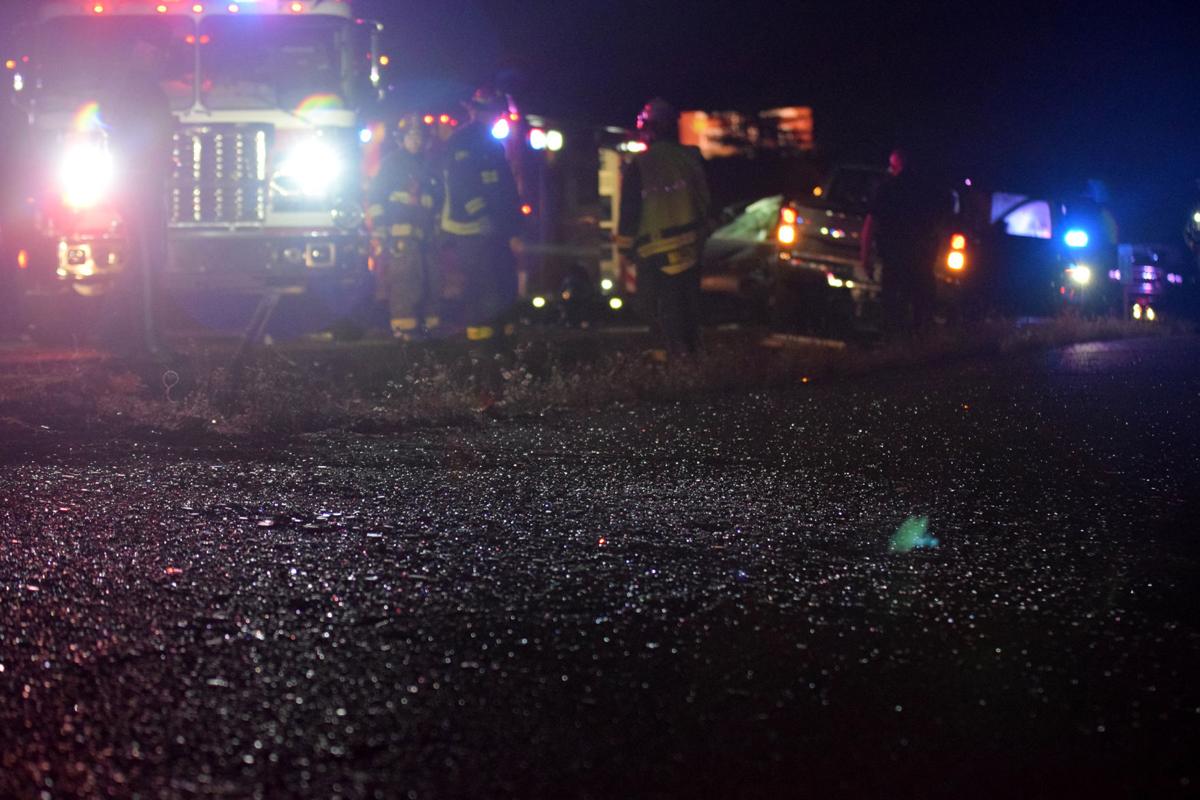 Shards of glass are visible on the walking and biking trail alongside Highway 42 between Green and Winston after a two-vehicle collision Saturday night.

First responders work at the scene of a two-vehicle collision on Highway 42 near Winston on Saturday.

Shards of glass are visible on the walking and biking trail alongside Highway 42 between Green and Winston after a two-vehicle collision Saturday night.

William McCullough IV and Mark Ritter, both 20, are dead after a head-on collision on Highway 42 near Jackie Avenue shortly after 9 p.m. Saturday, according to Oregon State Police.

A preliminary investigation by police revealed that a Dodge Ram pickup driven by 36-year-old Dustin Robinson of Sutherlin went off the road and struck the Pontiac Grand Am driven by McCullough. Ritter was a passenger in McCullough’s vehicle.

Ritter and McCullough, both of Roseburg, sustained fatal injuries and were pronounced dead at the scene. Robinson sustained minor injuries from the crash.

Driving under the influence is being investigated as a possible factor in the crash. Police were observed giving a field sobriety test to an adult male before taking him into custody.

Shortly after 10 p.m., Police had blocked off the scene with crime scene tape and one lane of traffic was open for vehicles.

Donovan Brink contributed to this story.

Truck mishap knocks out power to 1,500 customers in Roseburg