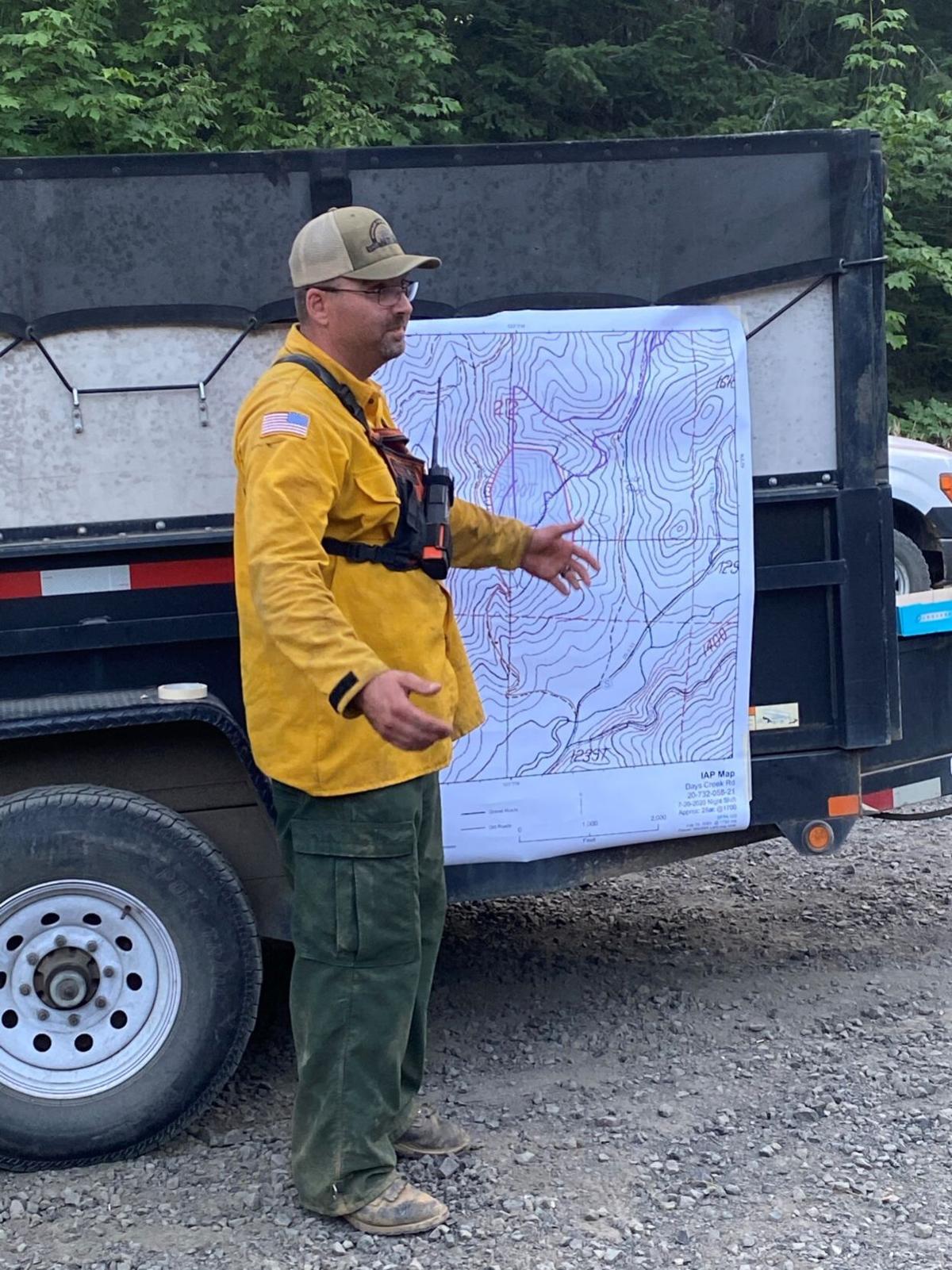 During a Wednesday morning briefing, Douglas Forest Protective Association announced the Days Creek Road Fire was 75% contained. The fire is 25 acres in size. 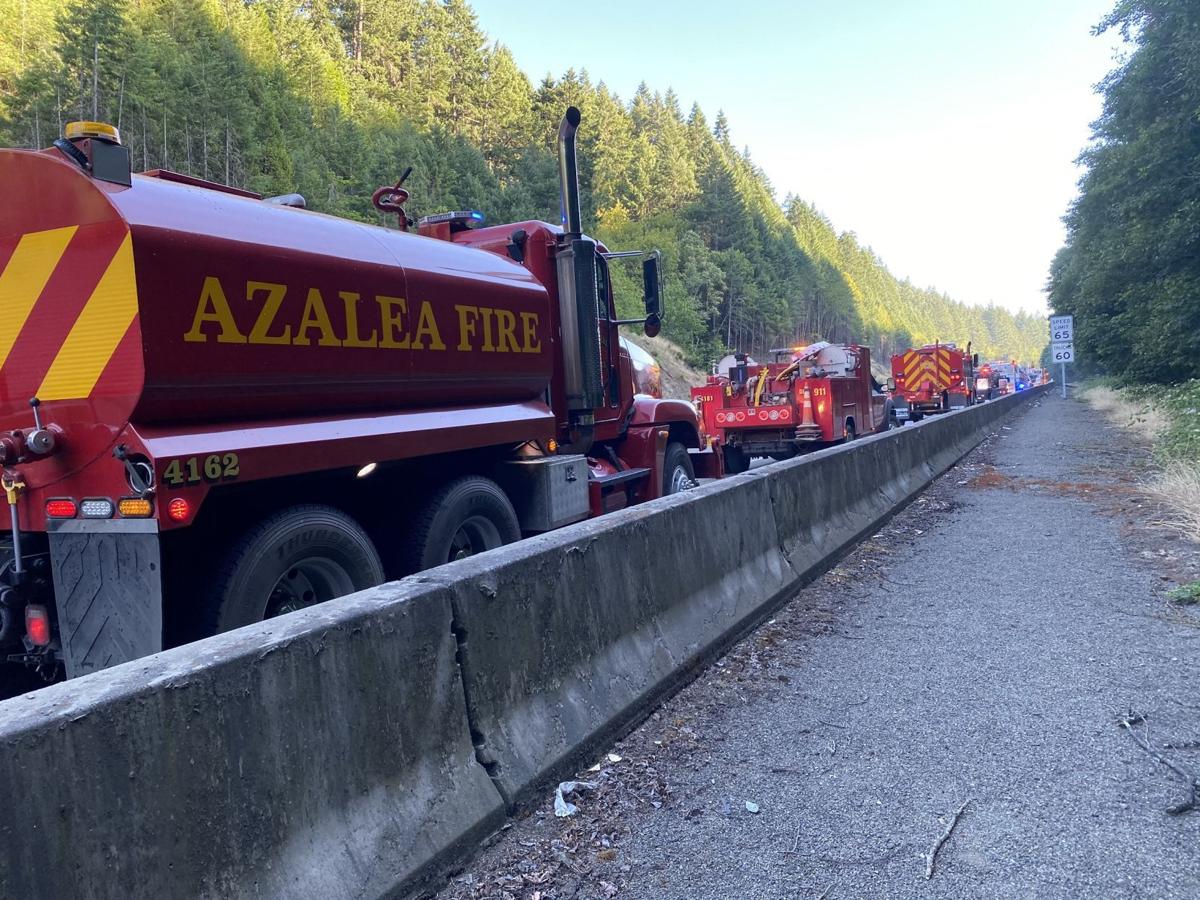 During a Wednesday morning briefing, Douglas Forest Protective Association announced the Days Creek Road Fire was 75% contained. The fire is 25 acres in size.

A new fire ignited Wednesday afternoon near milepost 92 in the southbound lanes of Interstate 5, which was cleared just after midnight according to the Douglas Forest Protective Association.

Spokesperson Kyle Reed said crews arrived on the scene of the Milepost 92 Southbound Fire shortly after 5:20 p.m. when it was a reported 1/10 of an acre in size.

A helicopter was used to drop water on the fire as crews dug hand line around the blaze.

The fire burned 1/4 of an acre of wildland fuels before the fire was contained. Firefighters remained on the scene to mop up hot spots and secure control lines until shortly after midnight.

The cause of the Milepost 92 Southbound Fire is under investigation.

A 20-person hand crew and water tender that were assigned to clean up to Tuesday’s Milepost 92 Northbound Fire were asked to assist with the new fire. DFPA also responded with five engines, a bulldozer, a helicopter and a fixed wing observation aircraft, which is part of the normal automatic dispatch for that area.

Days Creek Road Fire started Monday and according to updated mapping Wednesday afternoon of the fire’s perimeter, using GPS coordinates, the size of the fire is 25 acres. It was reported as 35 acres on Monday and Tuesday.

Firefighters continue to make progress toward full containment, according to Reed.

“After the completion and improvement of containment lines around the fire on Tuesday, firefighters shifted their efforts to mopping up hot spots within the burned area,” he said in a press release. “Crews looking for smoking or smoldering material started at the outside edge of the fire and began to work toward the center of the blaze with the objective of extinguishing all hotspots within the burned area.”

DFPA thanked all the cooperating agencies, industrial landowners and contractors who helped with suppression efforts on the Days Creek Road Fire.

Another fire along the freeway put out by firefighters, Days Creek Road Fire now 75% contained