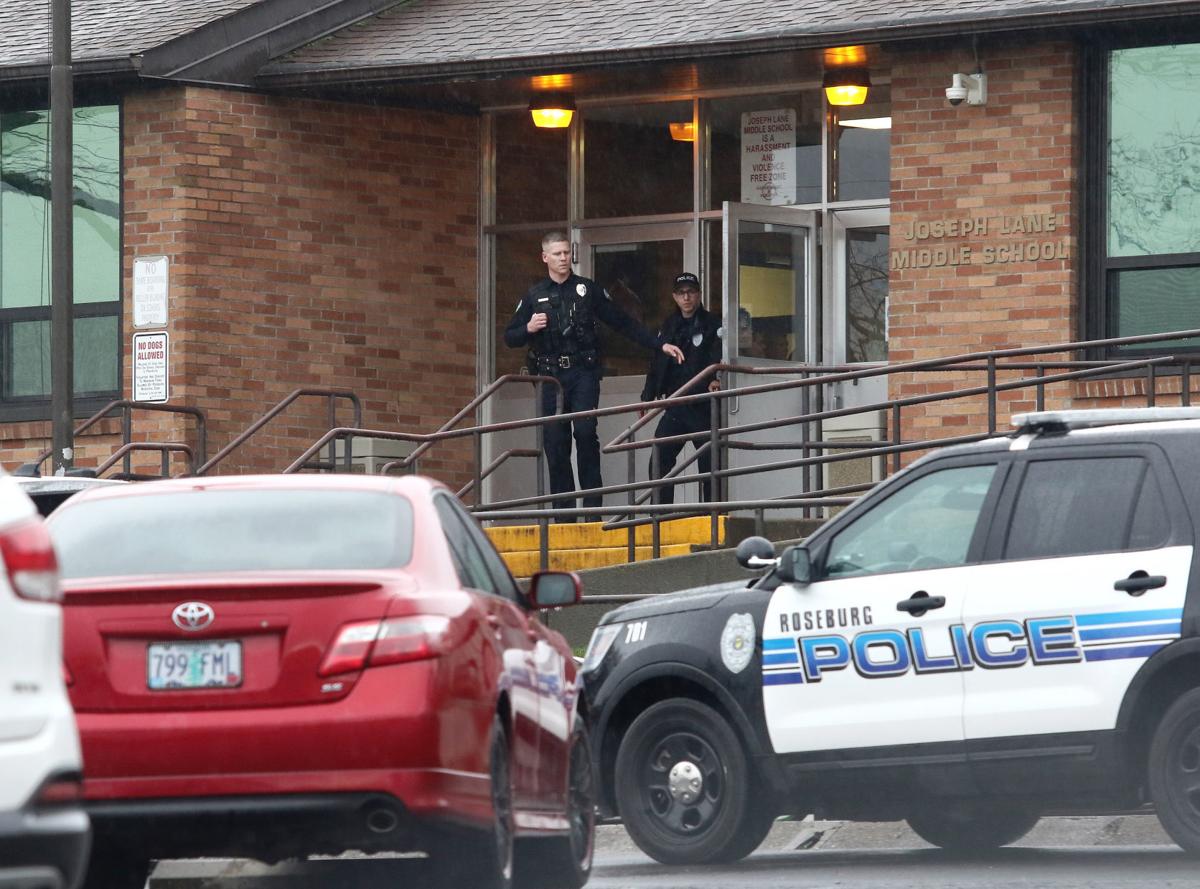 Police officers respond to Joseph Lane Middle School after threats were made that were later found to be a hoax. 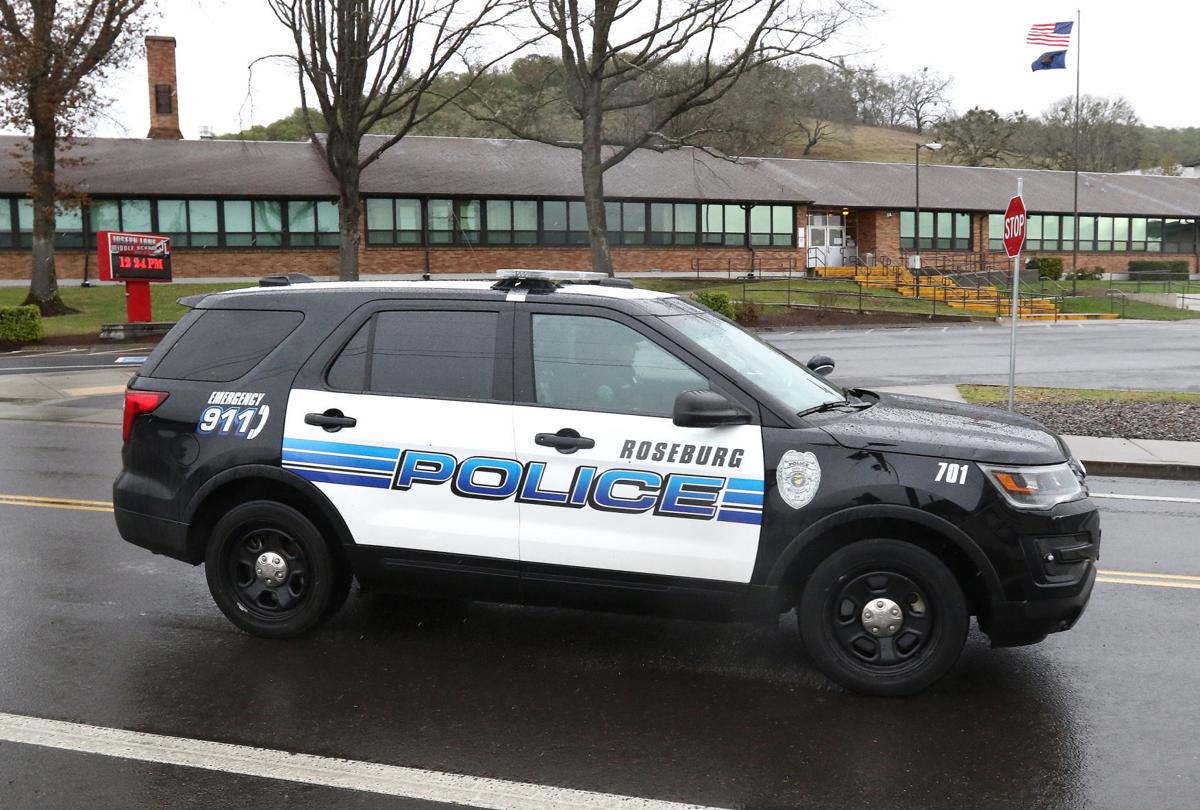 Roseburg Police personnel patrol the area around Joseph Lane Middle School and Geneva Academy in Roseburg in response to a report of three juveniles that made gun related threats at the middle school on Thursday. 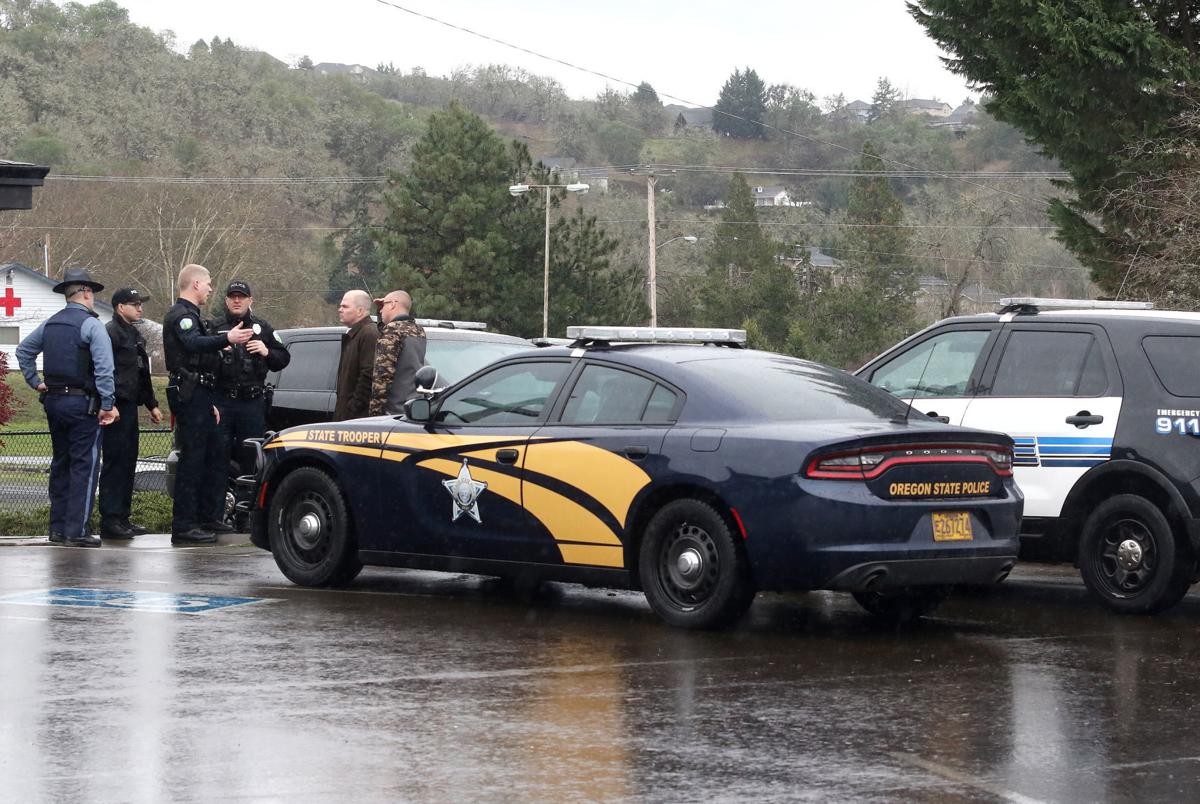 Roseburg olice, Oregon State Police and the Douglas County Sheriff’s Office respond to a report of three juveniles that made gun related threats at Joseph Lane Middle School in Roseburg on Thursday.

Police officers respond to Joseph Lane Middle School after threats were made that were later found to be a hoax.

Roseburg Police personnel patrol the area around Joseph Lane Middle School and Geneva Academy in Roseburg in response to a report of three juveniles that made gun related threats at the middle school on Thursday.

Roseburg olice, Oregon State Police and the Douglas County Sheriff’s Office respond to a report of three juveniles that made gun related threats at Joseph Lane Middle School in Roseburg on Thursday.

Officers from the Roseburg Police Department said threats to Joseph Lane Middle School that led to a school lockout there, and to nearby Geneva Academy on Thursday morning, were a hoax.

Students were secured inside the two schools that are across the street from each other on Northeast Vine Street in Roseburg after several juveniles that attend Jo Lane reported they saw three people on the track just south of the school.

One of the juveniles said the group was armed with a handgun and assault rifles and were planning to “shoot up the school.” But after an investigation, police said it never happened.

Police were contacted about the threats at 11:46 a.m. by school officials, and the school was placed into lockout at 11:56 a.m. while officers from the Roseburg Police Department, the Douglas County Sheriff’s Office and the Oregon State Police searched the area.

Roseburg School Superintendent Lee Paterson said when district officials were told about the threat, they took it seriously — as they do all with all threats. Since the incident was reported to have happened outside the building, school officials called for a lockout to make sure all students were safe inside.

“We take every threat as if it could be credible, so we react as responsibly as if it were an actual incident and just because it wasn’t a credible threat doesn’t deter us from taking the same kind of response to threats in the future,” Paterson said.

Geneva Academy was also notified and they immediately brought their students inside and locked their doors.

“We have a radio system and text messaging system so we were able to get all of the students who were out at PE inside relatively quickly and get the doors locked, so I didn’t feel worried,” said Kori Shellard, office manager and registrar at Geneva Academy.

Officers continued to search the area and the school, and interview witnesses. During the investigation, police said it was revealed that the original report was false and the threats did not occur, nor were any firearms seen.

“It is unfortunate when incidents like this occur, but this is a learning and growth opportunity for the student who made the false report, as well as for our staff, students and community,” said Robert Freeman, the district’s human resource director.

At about 1:15 p.m. both schools removed the lockdown and the resumed normal activities and some parents had arrived at the school by that time and were able to take their kids home.

Paterson said he thought Principal Nikki Opp and the rest of the school personnel did what they were supposed to do in this kind of an incident.

Except for one exception.

An alert intended to notify parents of the incident didn’t go out until a second notification — one informing parents that the incident had been resolved — was issued.

“We hadn’t been notified yet, so we confused some parents, but other than that, it was the only glitch we saw in the way it was handled,” he said. “But the school did a fantastic job and handled it well with safety in mind and were quite responsible.”

Paterson said the district will review its alert protocols to avoid overlap in the future.

Three students who falsely reported a potential shooting at Joseph Lane Middle School have been charged with first-degree disorderly conduct, …