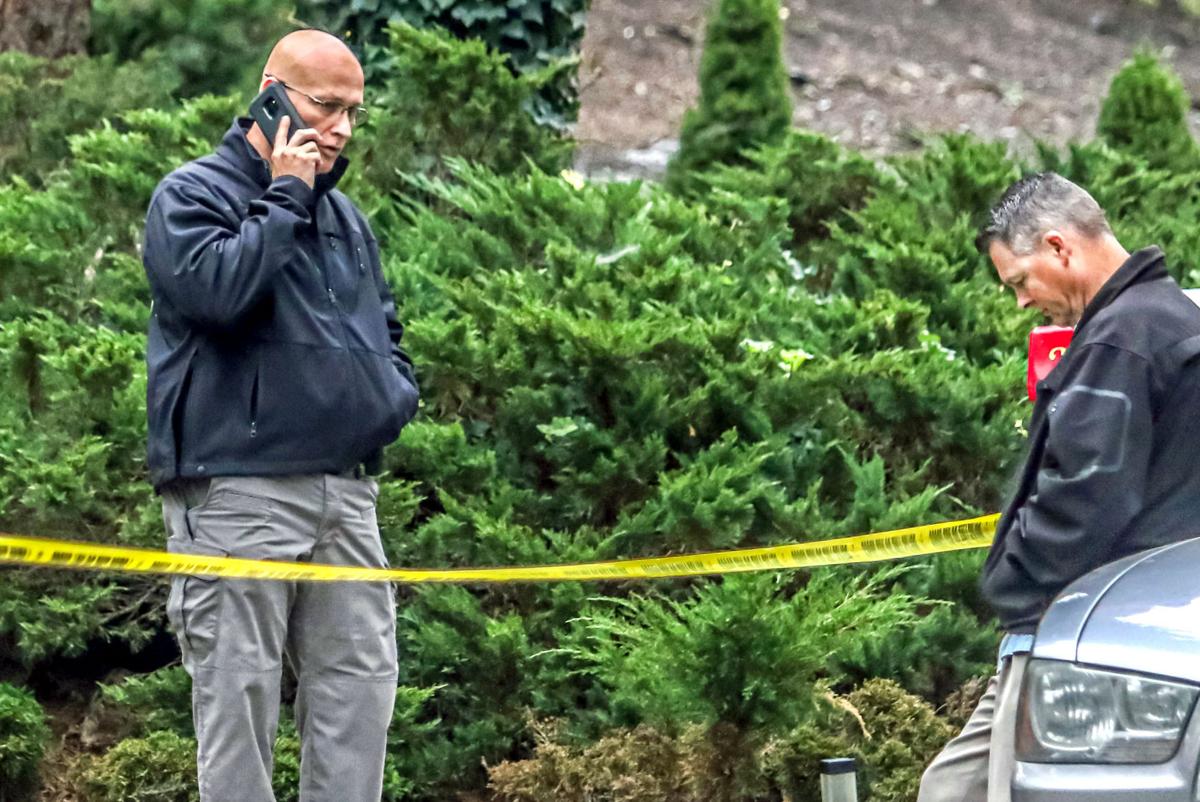 At left, Sgt. First Class Erik Fisher, of the Major Crimes section of Oregon State Police, speaks on the phone Friday at the site of an officer-involved shooting. 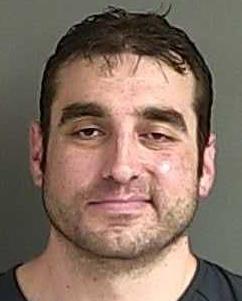 A Roseburg man is being held on $1.5 million bail after allegedly attempting to burn his parents’ house down.

John Paul Kliestik, 39, was arraigned in Douglas County Circuit Court Monday and formally charged on a number of charges after reportedly attempting to set his parents’ home ablaze in an alcohol-fueled rage, court documents state.

Roseburg police were called to a home at 1361 SE Magnolia St. to a report of a man attempting to set the home on fire with his parents trapped inside.

Police reportedly arrived to see that debris had been set on fire atop a five-gallon propane tank within the home. While one officer attempted to enter the home through the front door, two others attempted to enter through an alternative entrance, a court document stated.

When the first officer breached the front door, he could see debris burning on top of the propane tank. As the two officers entered through the secondary entrance, they encountered Kliestik at the top of a staircase.

Kliestik reportedly threw a television down the stairs, striking one of the officers. The other officer, Cpl. Pat Moore, fired at Kliestik to alleviate the threat. Kliestik was struck in his right leg, and another officer applied a tourniquet to slow the bleeding once he had been handcuffed.

According to a statement from Kliestik’s father, Kliestik had been drinking throughout the day and “became violent, as is common.” Kliestik’s parents left the home, considering a motel room for their safety but decided against it, concerned about what Kliestik might do to their home or himself.

The father called Kliestik and “made a deal with John that they would lock themselves in their room and John could stay in the rest of the residence,” the court document stated. Once in their room, the father barricaded the door to prevent Kliestik from entering, and when he tried, the barricade held firm. It was then that Kliestik reportedly began lighting fires inside the home.

Roseburg Police Department Chief Gary Klopfenstein confirmed Wednesday morning that Cpl. Moore has been placed on administrative leave, as is standard procedure with any officer-involved shooting.