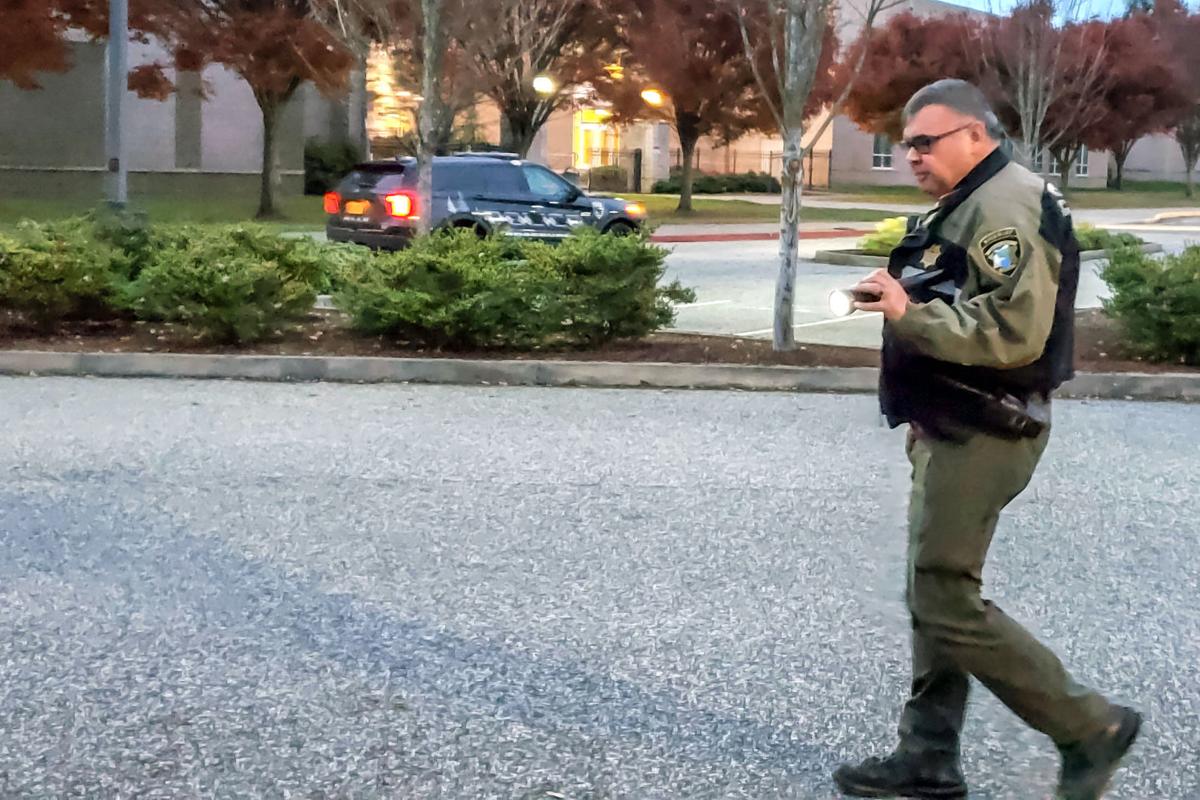 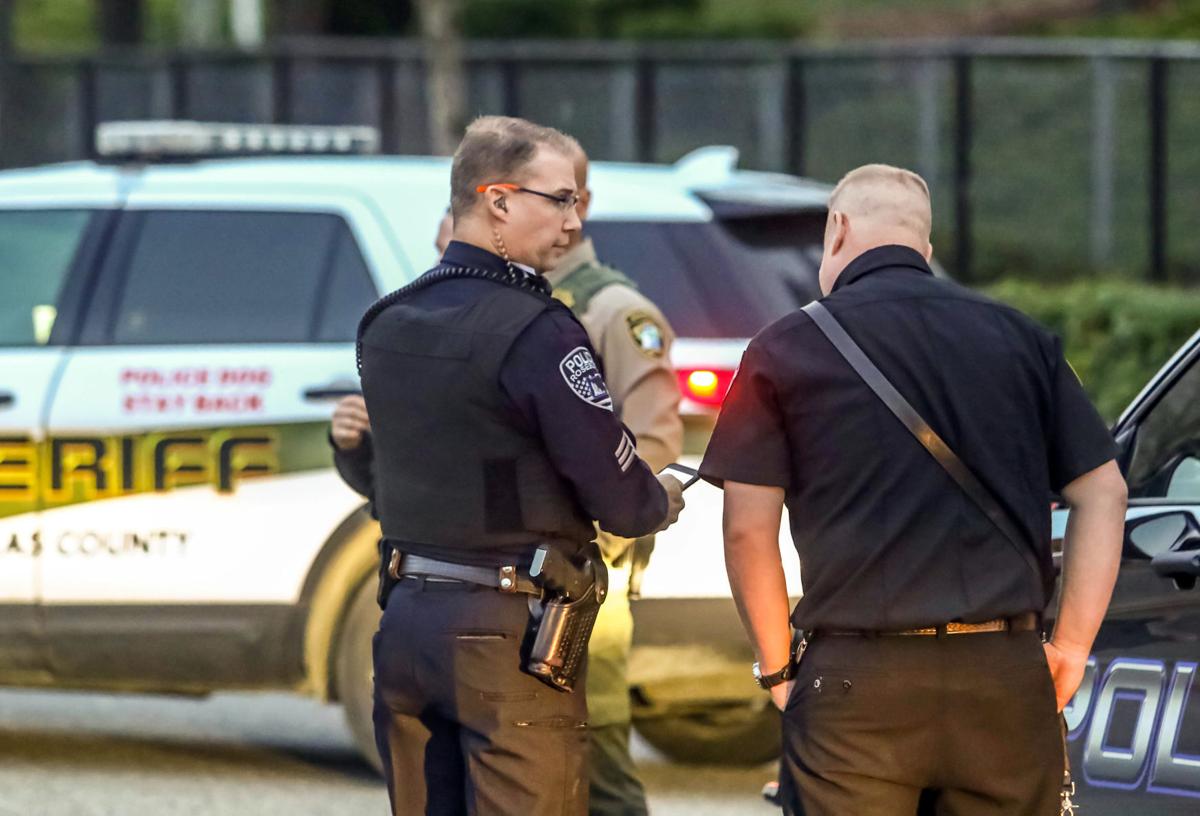 Roseburg Police Sgt. Doug Walton, left, addresses a member of the Roseburg Fire Department on the scene of what police are referring to as suspicious devices reported at Roseburg High School.

Roseburg Police Sgt. Doug Walton, left, addresses a member of the Roseburg Fire Department on the scene of what police are referring to as suspicious devices reported at Roseburg High School.

Law enforcement and a bomb squad were called to Roseburg High School Thursday afternoon when a school custodian noticed suspicious devices on the school grounds, according to police.

According to a report from the Roseburg Police Department, the custodian reported several suspicious objects in the parking lot. Police determined the objects appeared to be homemade devices, possibly altered fireworks, according to police spokesperson Jeff Eichenbusch.

Shortly after the discovery, an estimated 20 staff and 60 students were evacuated from the campus. Police, fire personnel and deputies from the Douglas County Sheriff’s Office responded, and an Oregon State Police Explosives Unit based in Medford was also dispatched.

The students on campus were engaged in various activities practices.

No objects had been discovered in any of the buildings on campus, nor in the immediate areas off campus.

Eichenbusch said via email Friday morning that the devices found were approximately the size of C-cell batteries with fuses attached. He said they were most likely altered fireworks, but the OSP Explosives Unit would have a better determination in the coming week.

“There was a lot of commenting about ‘bombs’ or ‘pipe bombs’, but these did not resemble either of those at all,” Eichenbusch wrote. “They were very small.”

As of 6 p.m., a Roseburg Police Department patrol vehicle was blocking the main entrance to the high school’s primary parking lot off West Harvard Avenue.

“We would like to express our gratitude to the Roseburg Police Department, Roseburg Fire Department, Douglas County Sheriff’s Office and Oregon State Police Explosives Unit for their quick response to the situation at RHS,” Cordon said in a statement sent out by the police. “We deeply value our partnership with these agencies. We would also like to recognize the actions of our high school staff members and administrators, who followed proper safety procedures to ensure everyone’s safety.”

House Republicans attempt to rein in governor on COVID-19 restriction
Deadline to vote in special districts election is Tuesday at 8 p.m.