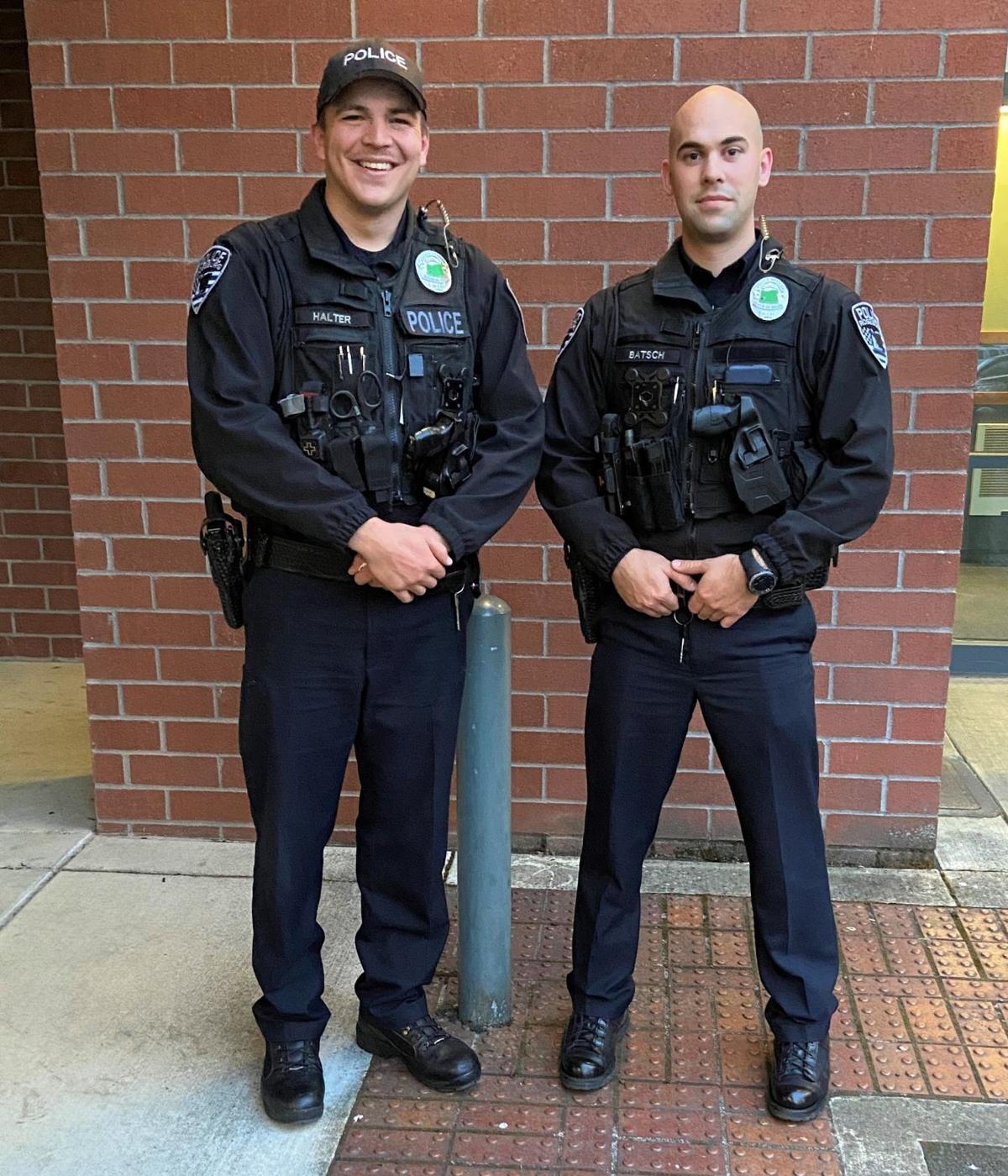 during an informal ceremony Tuesday morning. 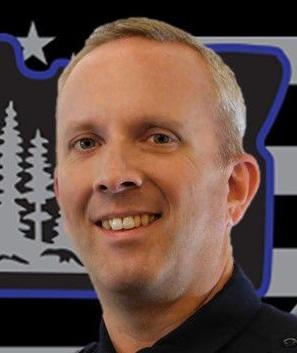 “The fire department would like to recognize Sgt. Eichenbusch, Batsch and Halter for their lifesaving actions,” Bryan said in a press release from the Roseburg Police Department. “We are fortunate to be partnered with such dedicated law enforcement professionals.”

All three were on patrol that early morning when Eichenbusch pulled his patrol vehicle onto the bike path beneath the Stewart Parkway bridge along the north bank of the South Umpqua River at 4 a.m. that morning after getting a call that there was a woman in distress in the river and was struggling to make it back to sure.

Eichenbusch made his way down the dark embankment but was unable to see anyone, but said he could hear someone gasping and coughing from somewhere in the river.

“I could hear what I assumed was (Shepherd),” Eichenbusch said in the release. “It sounded like somebody struggling in the water.”

Once Eichenbusch made his way to the river’s edge, he heard James Smith, the person who called 911, saying that Shepherd had drifted closer to the bridge. As Eichenbusch scrambled further down the river’s edge, Halter arrived on the other side of the river. Both of their flashlights found Shepherd struggling in the current.

“All we can see is just her face,” Eichenbusch said. “You can’t even see her whole head. She’s just looking up at the stars.

“She was just trying to keep her face above the water,” he said.

As Halter drove to Eichenbusch’s location, Batsch also arrived on the scene to assist. Once the group got closer to Shepherd, Batsch, who competed on the Roseburg High School swim team in the early 2010s, and Halter ditched their gear and entered the water to try and catch up to Shepherd.

“It was crisp. That water was not warm,” Batsch said. “It wasn’t extremely cold. It wasn’t like wintertime.”

As Batsch swam 25-30 yards, he was able to keep his eyes on Shepherd, seeing her sink “a couple of times.”

Ultimately Batsch caught up to Shepherd, and the former YMCA lifeguard grabbed her, supporting her on his side to keep her head and shoulders out of the water. Halter soon caught up with a life preserver buoy.

“When I got there, I don’t know if she even realized I was there,” Batsch said. “She was completely gassed. She just had no fight in her. She just kind of went limp when I grabbed her.”

As the two officers safely returned Shepherd to shore, four firefighters hustled Shepherd to a patrol vehicle and turned the heater on to help her warm up and protect her privacy until medical personnel could arrive to transport her to CHI Mercy Medical Center.

Eichenbusch said he couldn’t have been more proud of his two officers.

“It was almost like a ‘proud dad’ moment knowing that was my team,” the sergeant said. “I have zero doubt that every single one of our officers would do that.