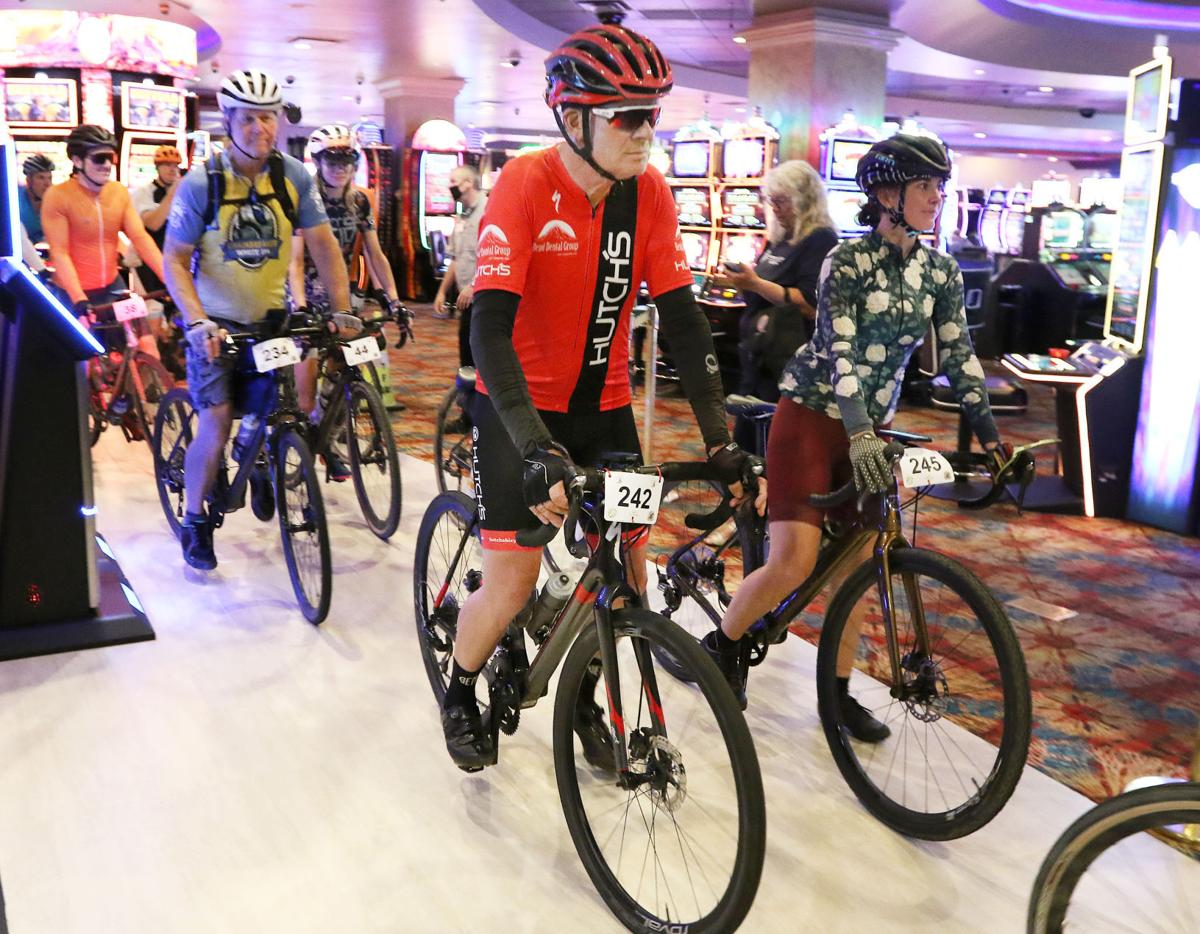 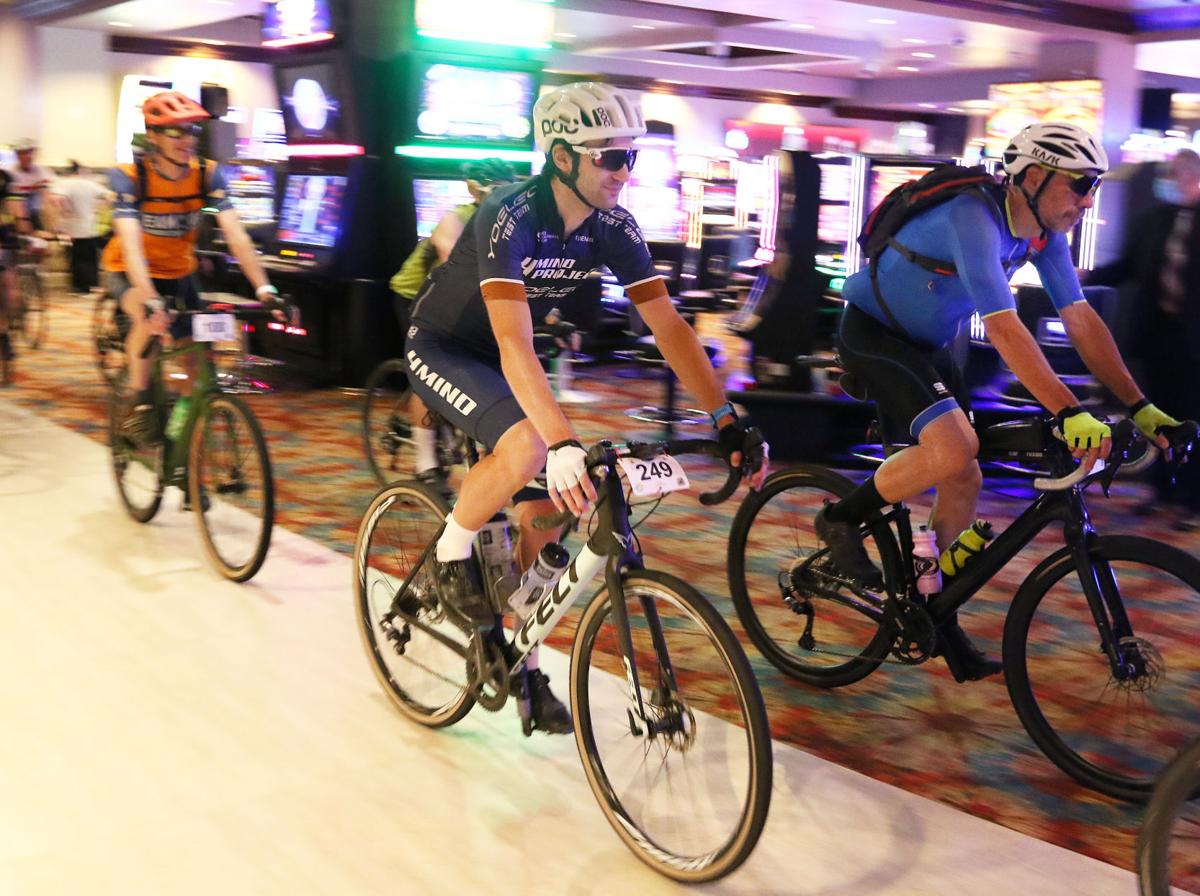 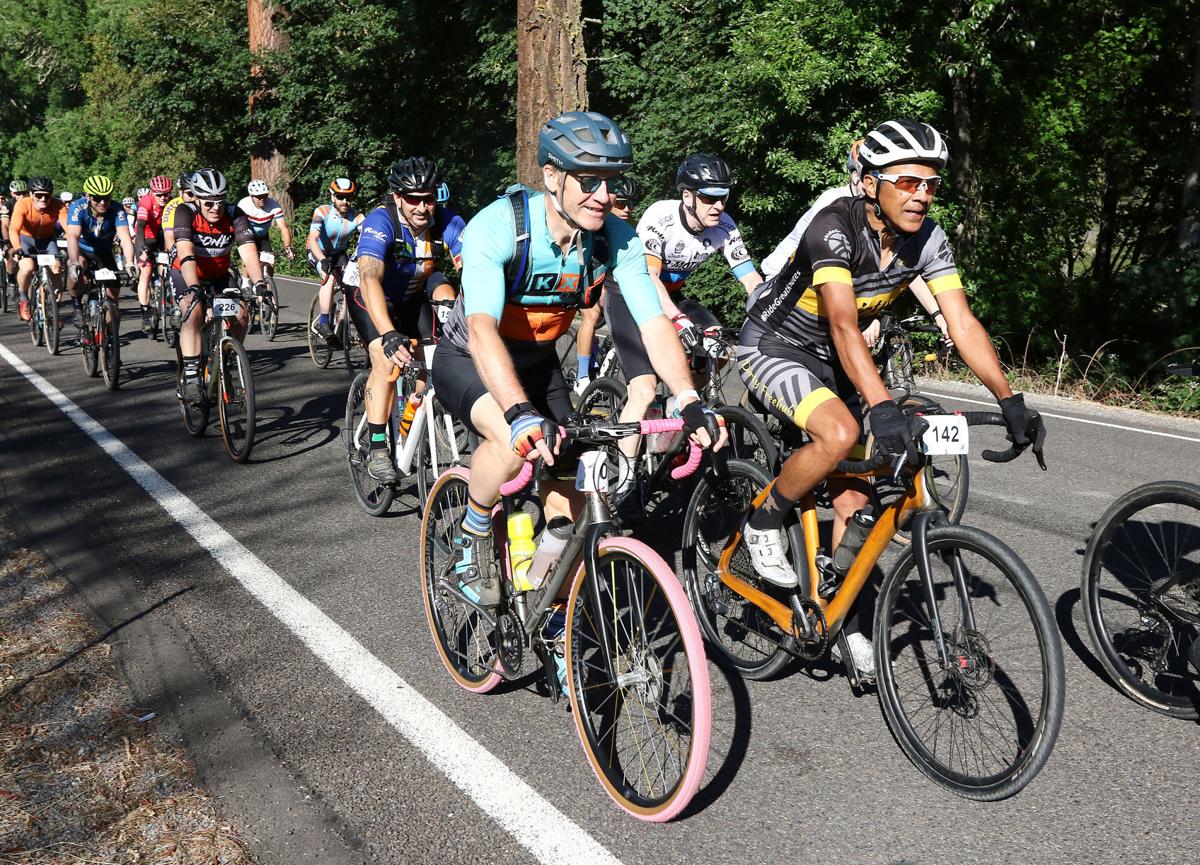 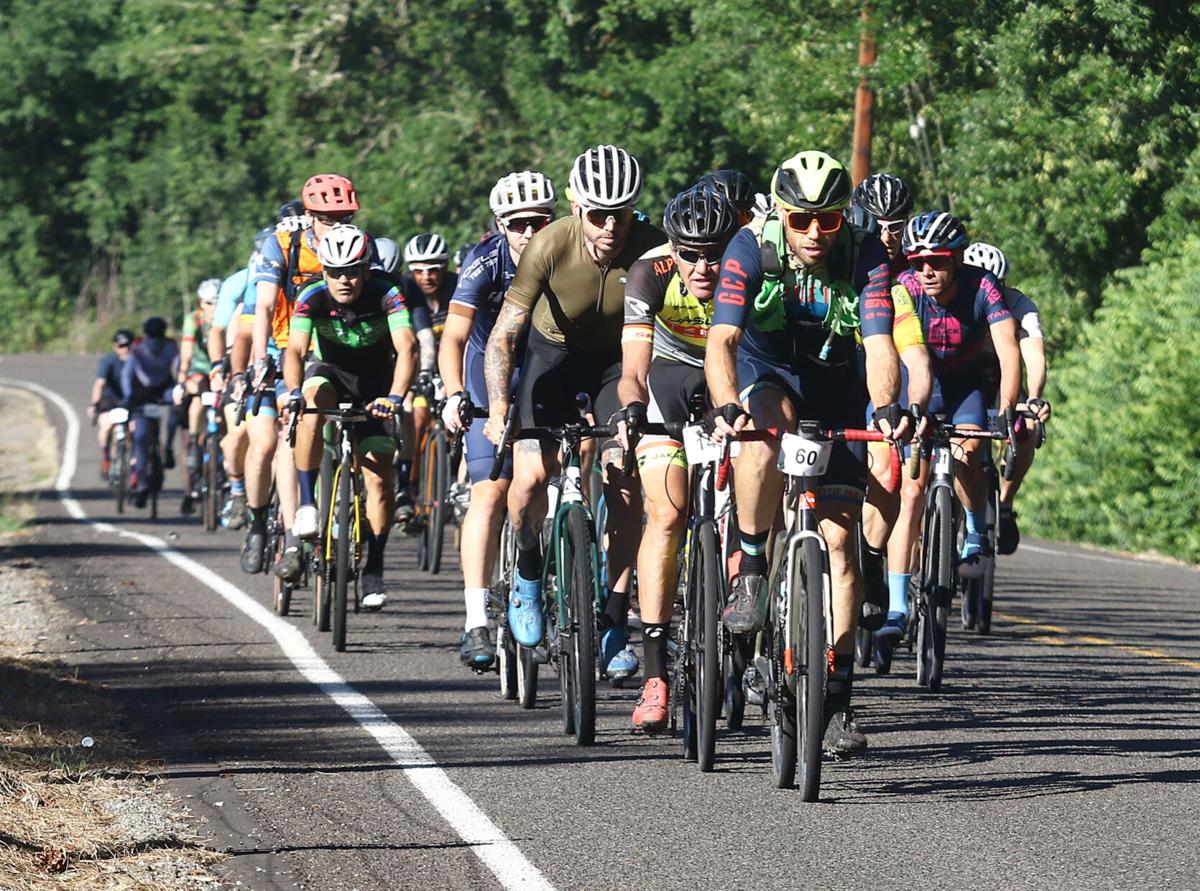 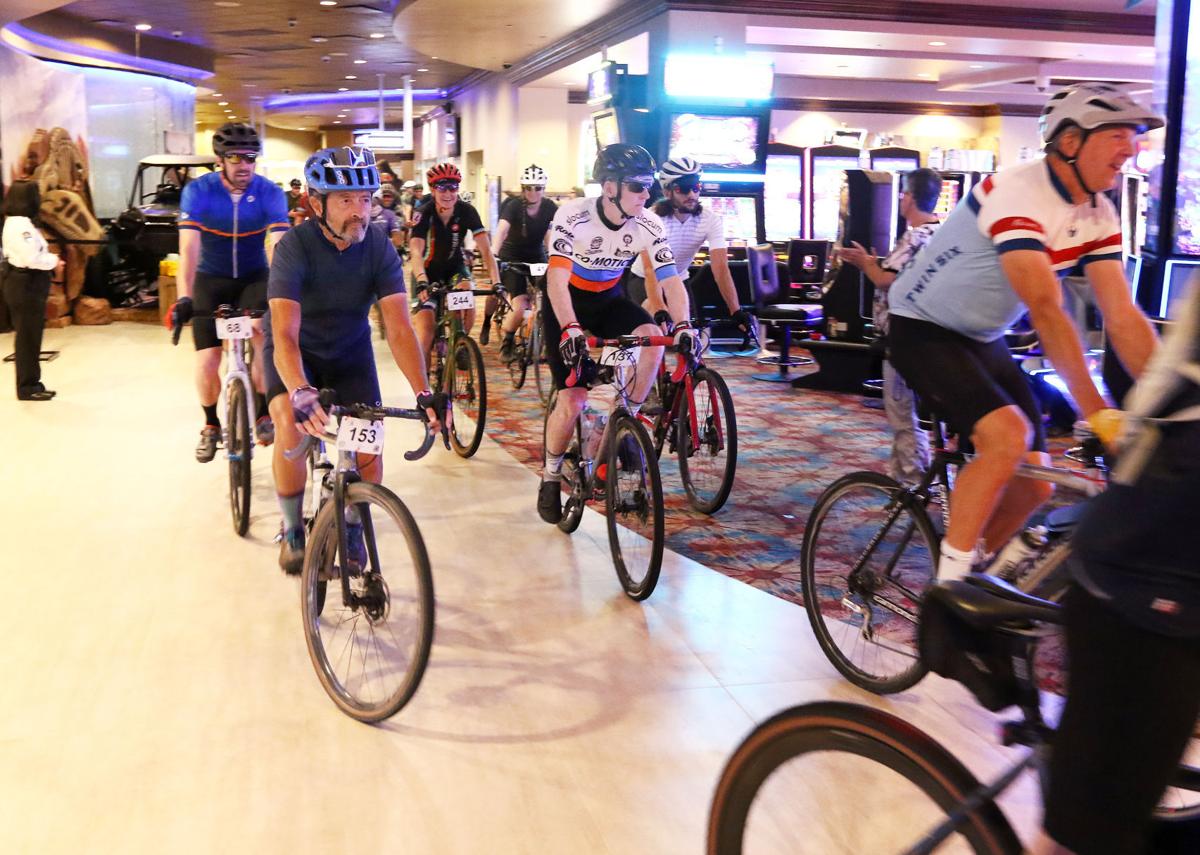 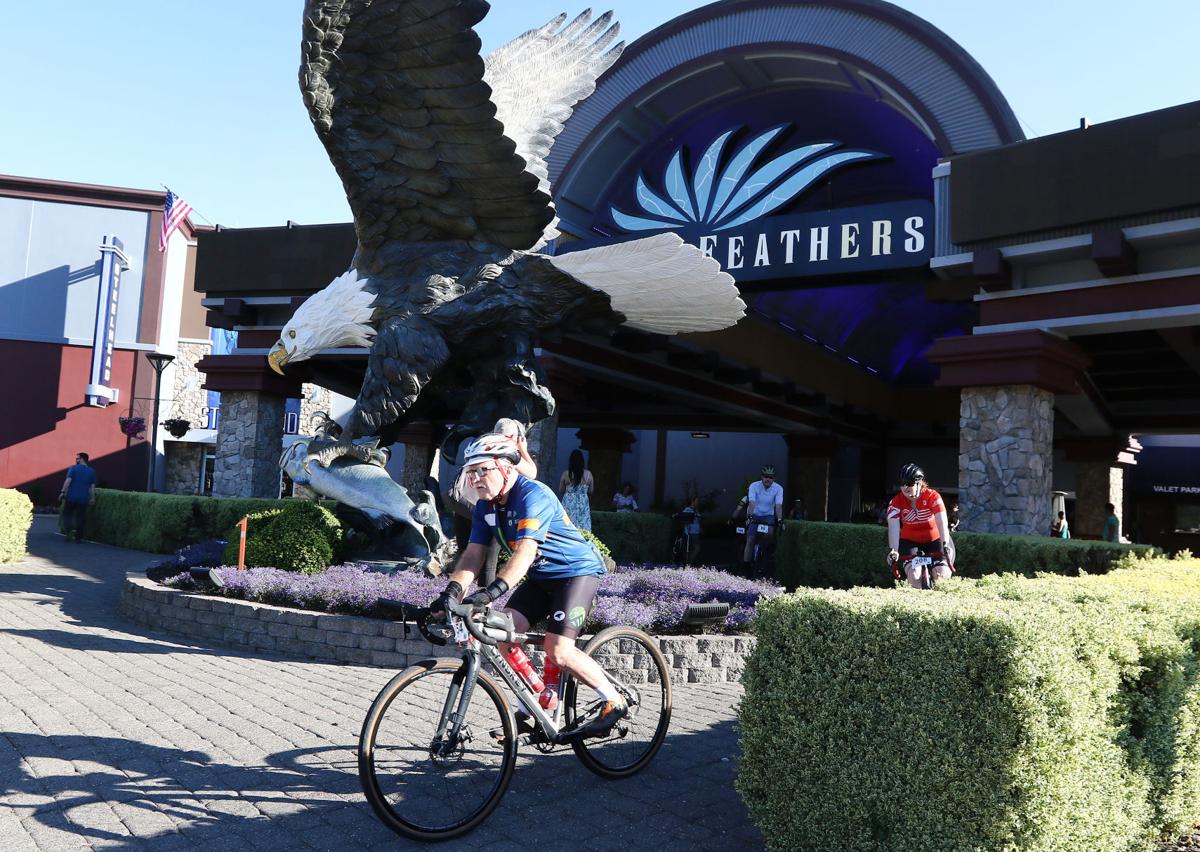 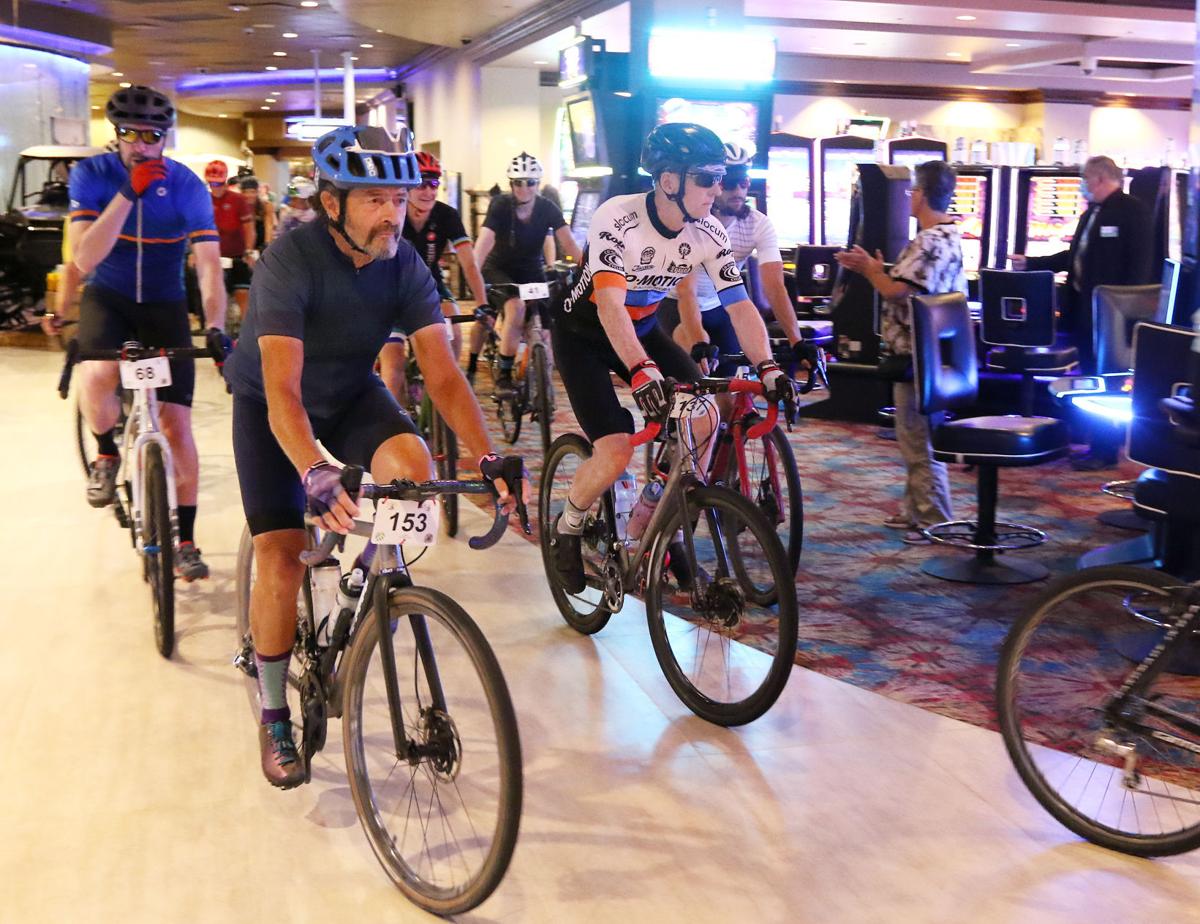 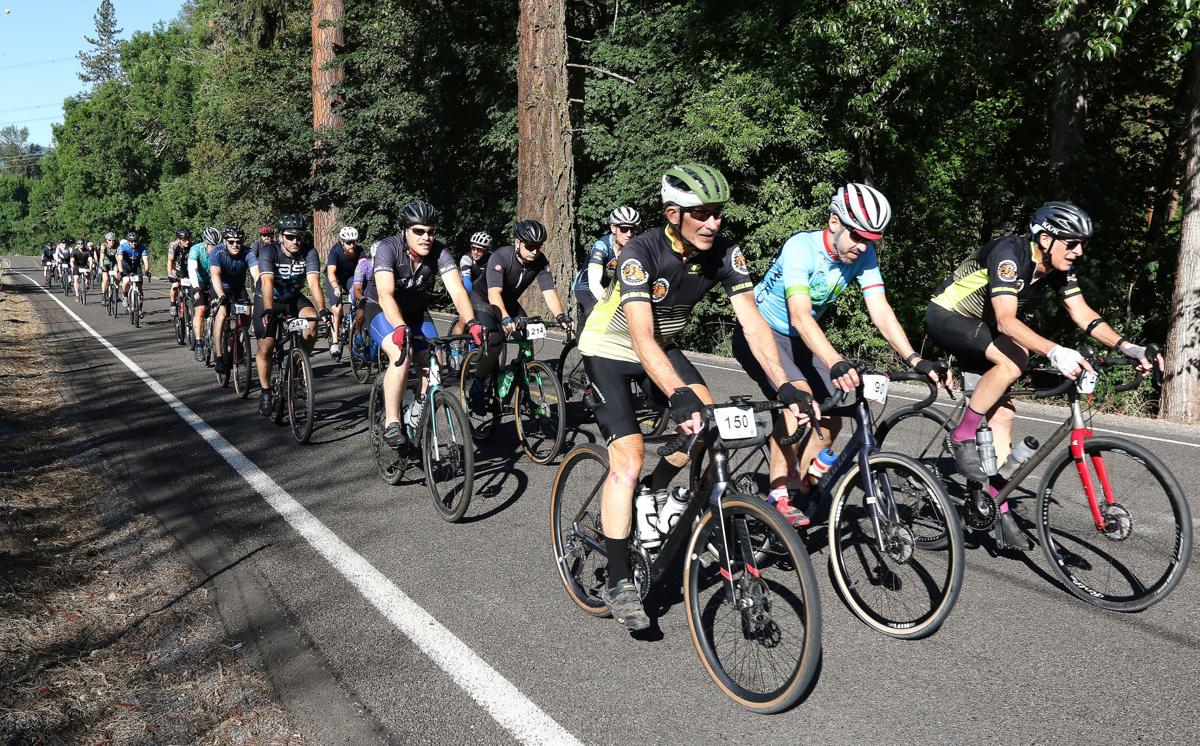 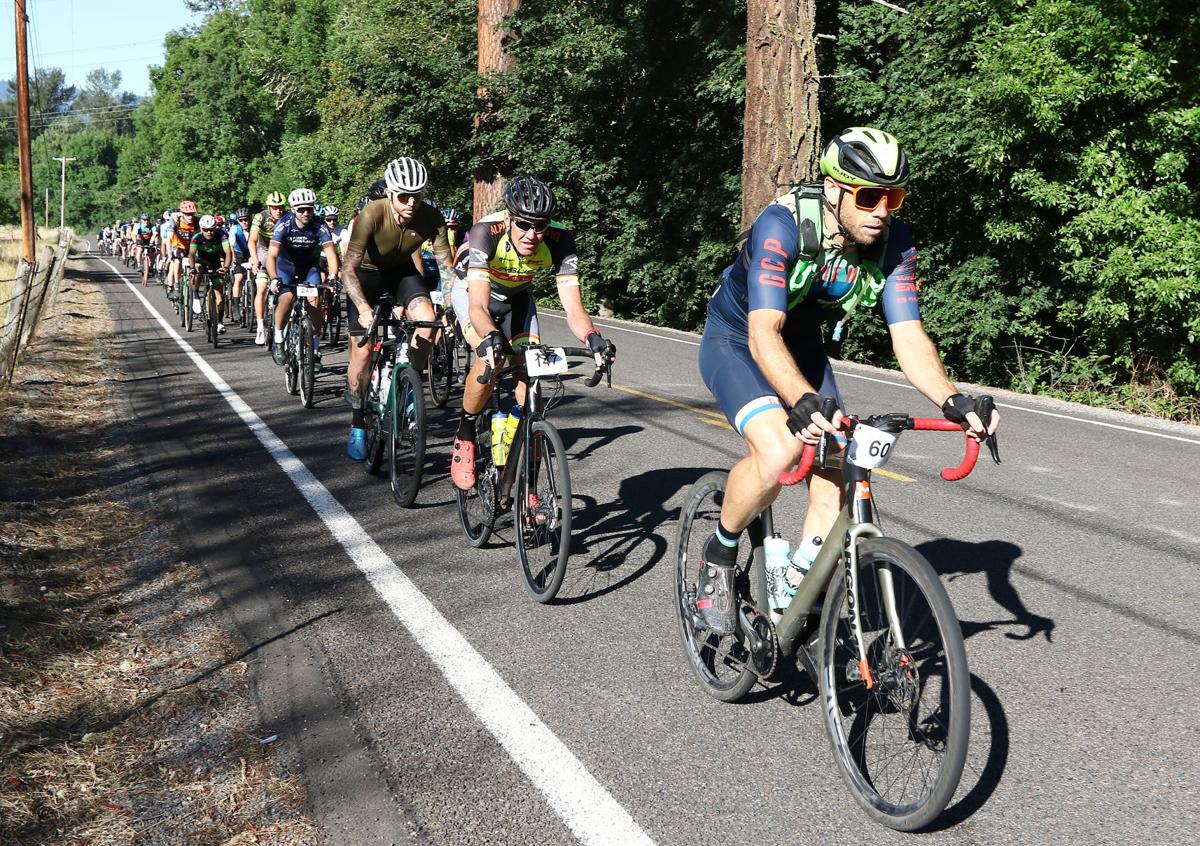 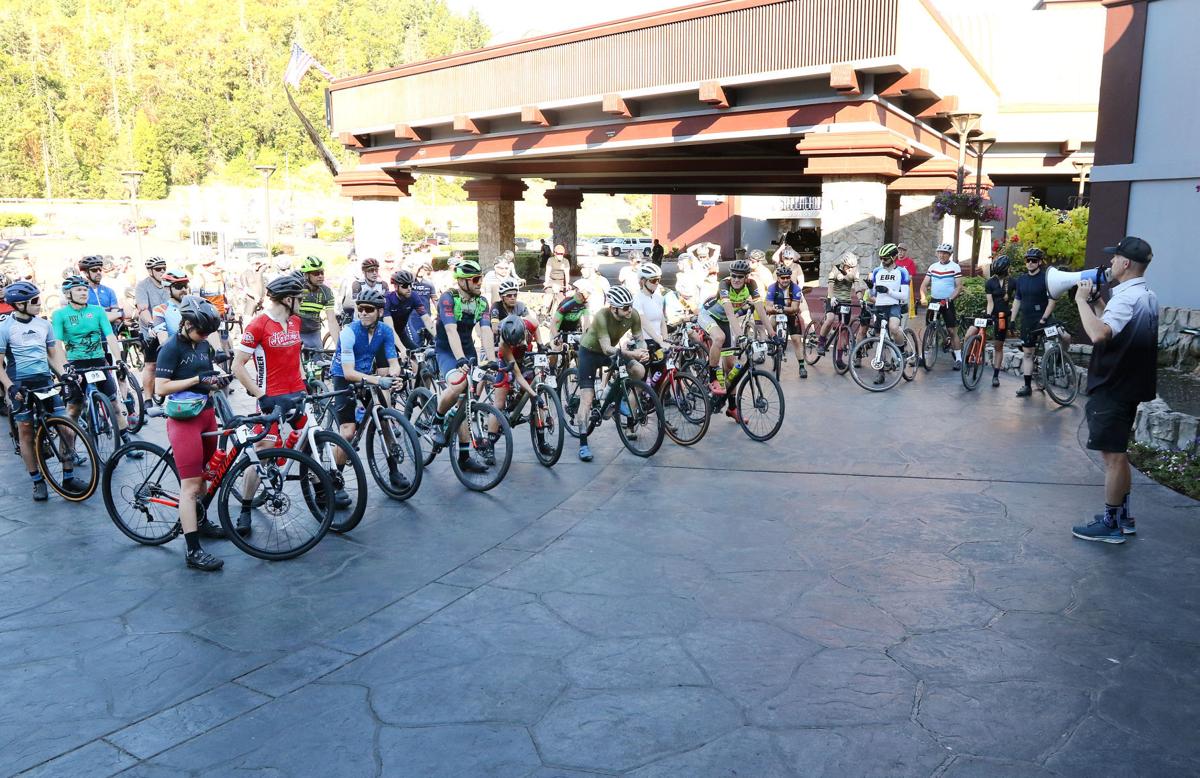 The heat wasn’t the only thing cyclists were gambling with this weekend.

Neon lights from slot machines bounced off the spandex suits of cyclists as they rode through the casino for the first segment of the race. Some riders joked about the lingering cigarette smoke, while Maggie Boozer, a rider who traveled from Tualatin, was excited to be in a casino for the first time.

“It was so cool. I’ve never gambled or been in a casino before,” Boozer said. “It was a great way to start a race.”

The race was split into two routes: decaf and bold. The decaf race followed a 30-mile route with more than 1,630 in elevation gain. Riders in the 57-mile bold race gained over 6,000 feet in elevation.

The race traveled toward Canyonville along Tiller Trail Highway until it broke off onto gravel roads typically used by logging trucks. The introduction of gravel with the first hill proved challenging for riders.

“My front wheel was coming up a bit. The thought came to my mind that I might be able to walk faster,” Boozer said.

Riders traveled along these logging roads up until the 15-mile mark when the decaf group broke off to return to the casino, and the bold group continued on logging roads until emerging near Galesville Reservoir. After some time on Upper Cow Creek Road, they returned to gravel road until the finish line.

Following the end of the race, riders returned to cool down before going to the Bites, Blues, and Brews Festival held in the casino parking lot.

This is the second Takelma Gravel Grinder race — the pandemic caused the event’s cancellation last year. Race coordinators attempted putting the race on a few times last year with no luck, according to Michael Ripley, owner of Mudslinger Events.

Having races return after last year comes as a relief to Stefano Barberi, a rider from Nevada who has finished first in three races in the Triple Crown series.

“This year everyone is ready to get together, move forward, and get things back on track,” Barberi said.

Denny Rowe III came in first place for the men’s bold, followed by Elias Lawson, and Phillip McNamara in third.

Maeghan Easler came in first for the women’s bold race, Sarah Burke in second, and Evelyn Boling in third.