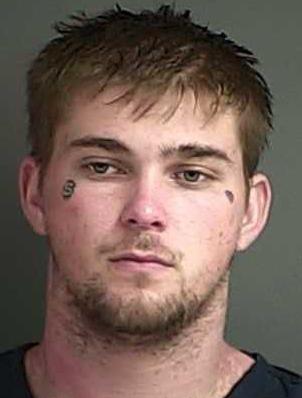 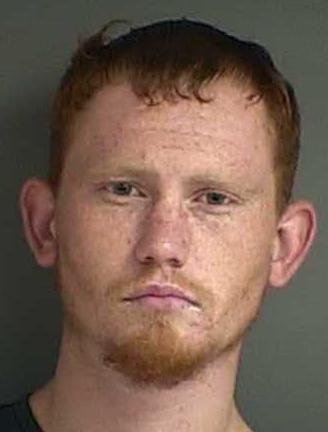 A Roseburg man is in jail after allegedly throwing a hatchet through the rear window of a car during a chase between Dillard and Winston on Feb. 3.

The incident was the culmination of an argument between couples that led to a pursuit on Old Highway 99 South from Dillard to Winston, according to court documents.

Skyler Nathaniel Trent, 21, of Roseburg, was arrested Tuesday on suspicion of second-degree attempted assault, unlawful use of a weapon and recklessly endangering another person, as well as a charge of second-degree criminal mischief.

A woman told investigators that she had broken up with Trent a few weeks prior to the incident and that Trent was currently dating her sister. A fight led to the woman and her boyfriend, Rad Cameron Osburn, 20, of Winston, leaving in Osburn’s green Toyota Camry.

Trent, his girlfriend and another man chased after the Camry, with Trent sitting in the back seat and the car owner in the front passenger seat. During the pursuit, Trent allegedly hurled a hatchet through the back window of the car, shattering the glass.

Osburn told investigators he felt something hit the back of his seat before the hatchet came to rest on the rear floorboard of the Camry.

When a deputy interviewed Trent at the Douglas County Sheriff’s Office Tuesday, he denied any knowledge while being walked by the deputy to the jail. However, his girlfriend, who was driving, reportedly told investigators after Trent allegedly threw the hatchet that he told her to “Go! Go! Go!”

Trent was arraigned Wednesday in Douglas County Circuit Court and is being held without bail.

Meanwhile, Osburn was arrested Sunday in connection with an attempted burglary of a shop near the Rising River RV Park and Robert’s Creek Water Treatment Plant in Green on Feb. 1.

Osburn admitted to investigators that he had attempted to steal several items from the shop, and used a red cart full of tools and an electric utility cart as diversions so he could get away from police. Osburn said he managed only to steal a 5-gallon propane tank.