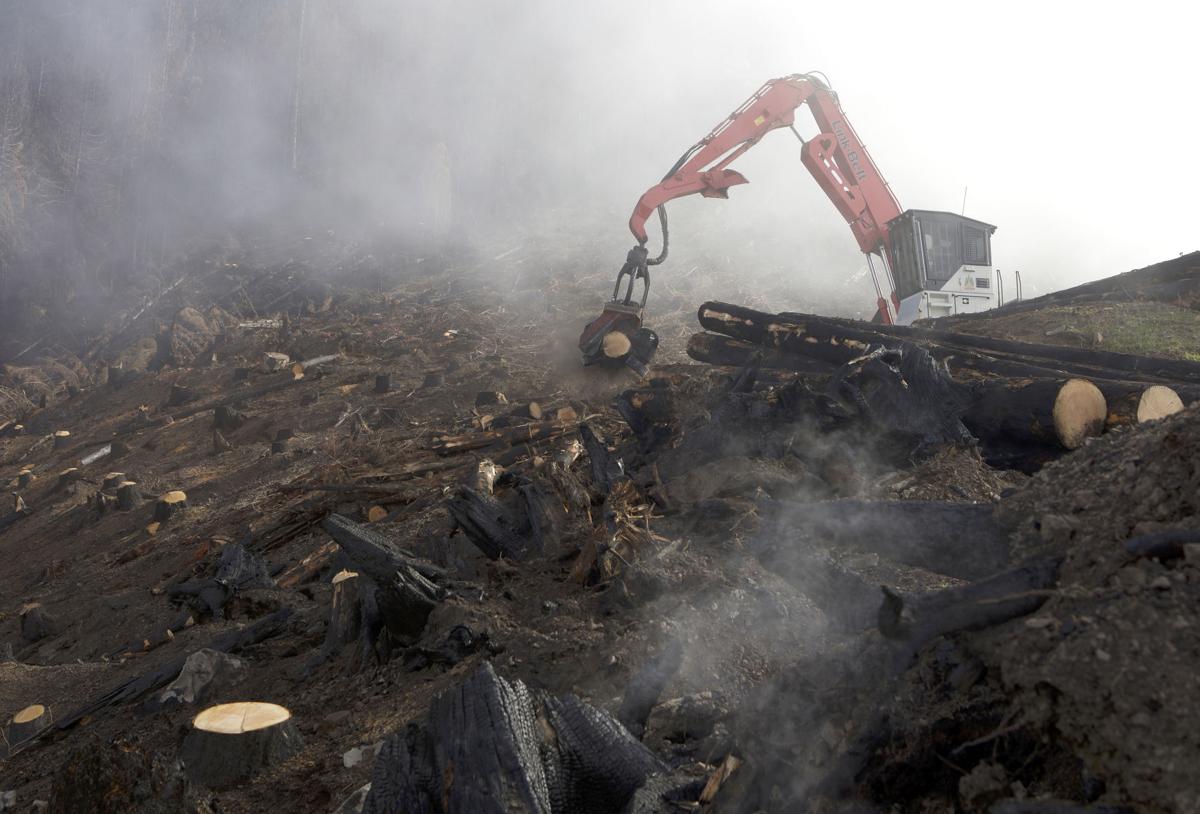 A logger operates heavy machinery in October 2020 on Mount Scott in an area burned by the Archie Creek Fire. 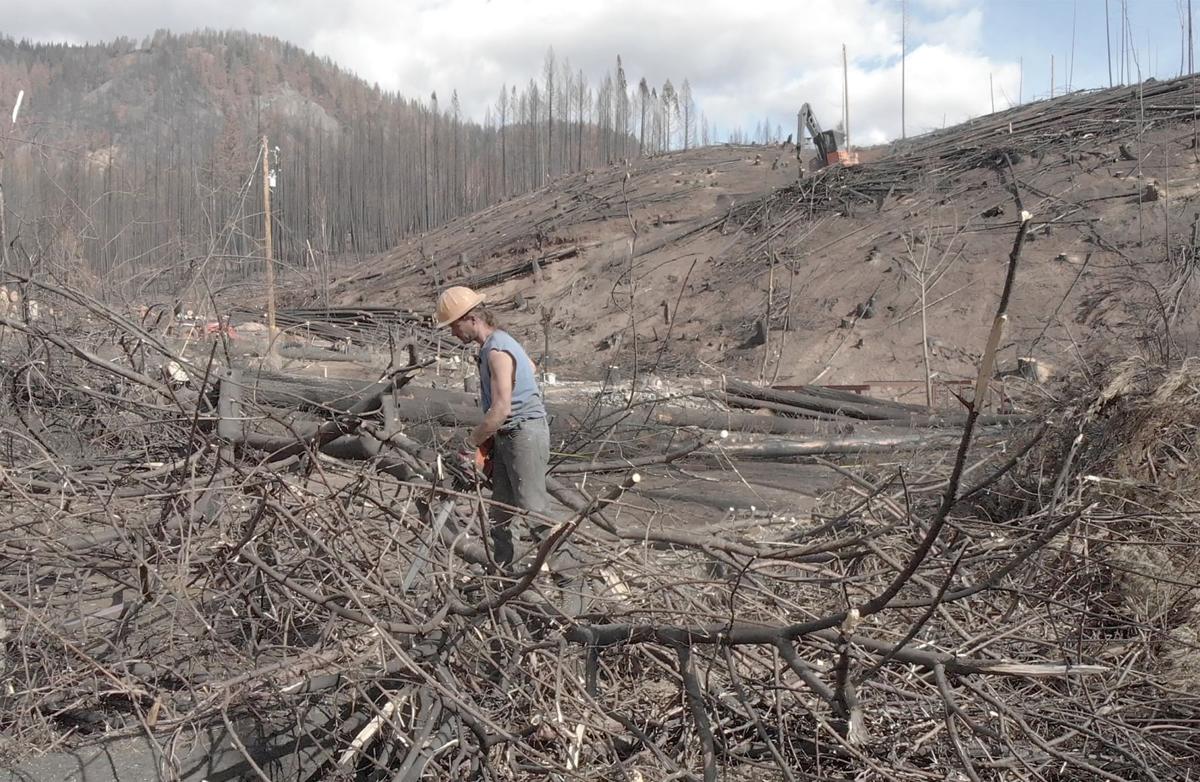 A logger works at a logging operation in October 2020 in an area near Susan Creek burned by the Archie Creek Fire. 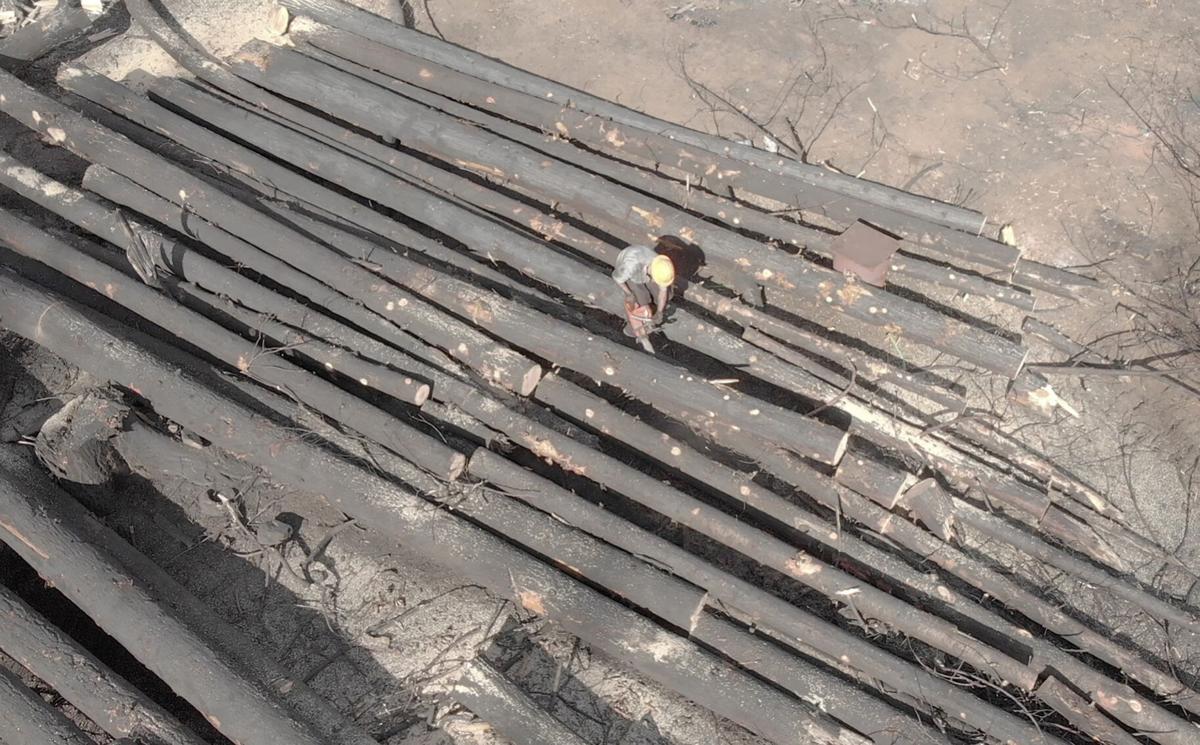 A logger works at a logging operation in October of 2020 in an area near Susan Creek burned by the Archie Creek Fire. 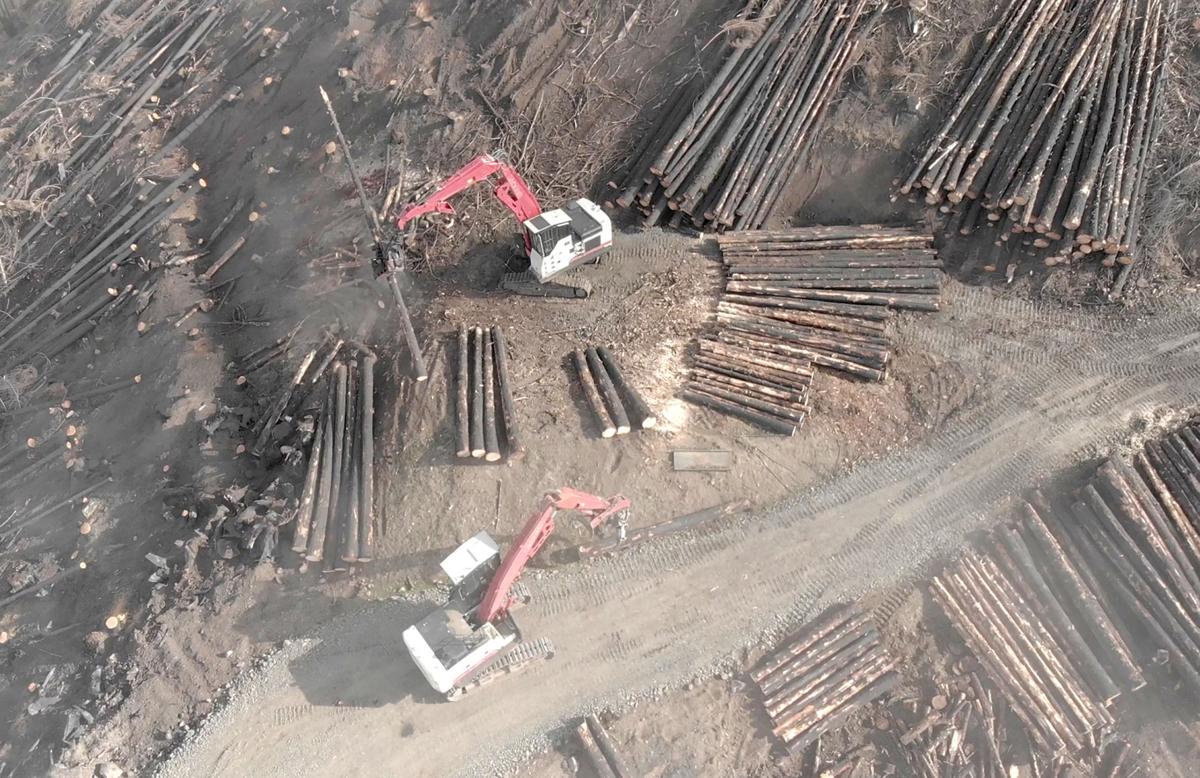 Loggers work on a landing on Mount Scott in October 2020. 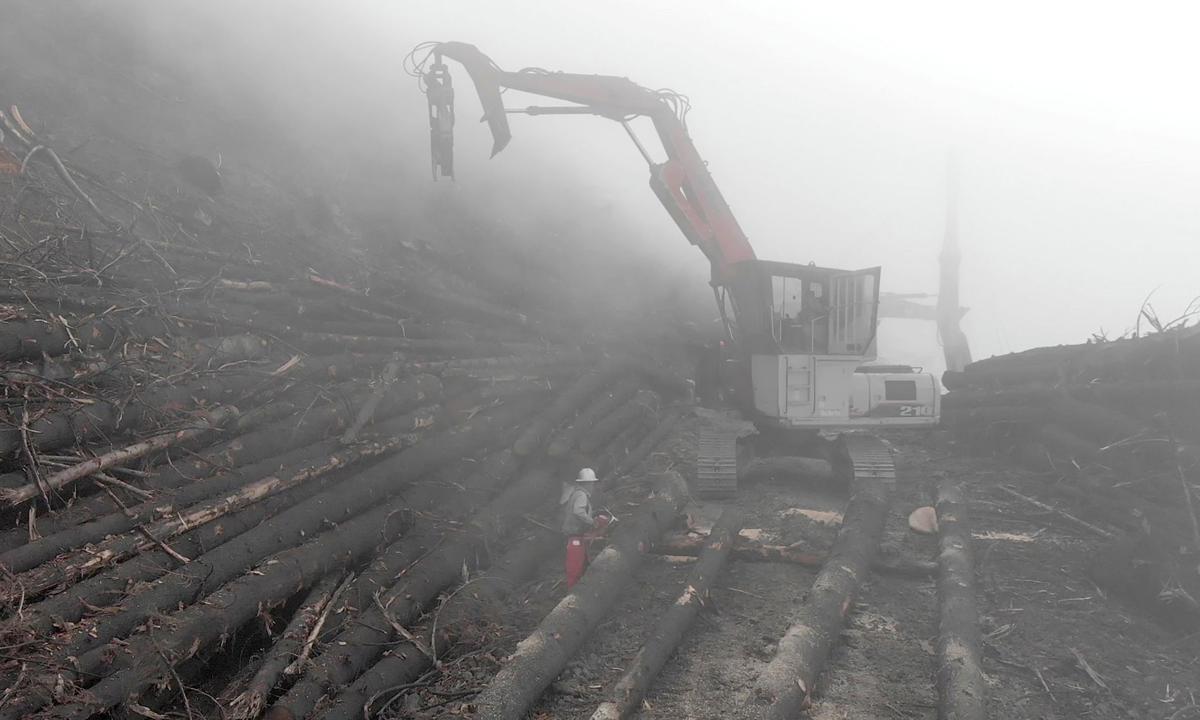 Loggers work at a logging operation in October of 2020 in an area on Mt. Scott burned by the Archie Creek Fire.

A logger operates heavy machinery in October 2020 on Mount Scott in an area burned by the Archie Creek Fire.

A logger works at a logging operation in October 2020 in an area near Susan Creek burned by the Archie Creek Fire.

A logger works at a logging operation in October of 2020 in an area near Susan Creek burned by the Archie Creek Fire.

Loggers work on a landing on Mount Scott in October 2020.

Loggers work at a logging operation in October of 2020 in an area on Mt. Scott burned by the Archie Creek Fire.

It’s 2021, and the log decks at Douglas County sawmills have not looked so robust since the late 1980s.

Most of those logs, however, are charred.

This is life for the timber industry throughout Oregon, and especially in Douglas County as logging companies are hustling to harvest whatever damaged lumber they can from the 131,542-acre burn scar which was the Archie Creek Fire.

Since late September, when logging crews first began the effort of removing burnt hazard logs from roadways on the fire scar, Highway 138 East from Roseburg to Steamboat has looked like a trip back in time to the last of the “salad days” of Douglas County’s timber industry.

On any given weekday, it’s not unusual to take the 20-mile drive from Roseburg to Idleyld Park and count 35 to 40 trucks with full loads destined for area mills.

Until recently, even the log deck at the shuttered Glide Lumber mill was brimming, serving as an initial staging area as crews worked to get as much damaged timber out of the hills as quickly as possible.

Matt Hill, executive director of Douglas Timber Operators, estimates that anywhere from 200 to 250 full loads of logs are hauled off the fire on a daily basis.

“We’ve been making fast decisions based on the deterioration of the asset,” Hill said.

More than 1 million acres of timberland burned in Oregon as a result of fires sparked last September. That accounts for essentially 3% of the state’s total privately owned harvestable timber.

But instead of the mature timber growths which have had 25 to 30 years to become quality, commercially viable lumber, trucks are hauling everything from 4-foot diameter charred old growth to the equivalent of fence posts.

“We’re moving a lot of wood that wasn’t ready to get moved very quickly,” Hill said.

“You multiply that by 200, 250 trucks a day ... we’re really racing the clock,” Luther said. “We’re trying to get as much of that timber out before the bugs get to it. We’re going full-tilt right now.”

Up to 1 million board feet of timber is coming out of the Archie Creek Fire scar every day. Thirty years ago, that was a financial boon. Today, many timber operations across the state are just hoping to break even.

But going “full-tilt” is has been hampered due to a lack of resources.

Just as fire managers struggled for resources to combat the Riverside Fire near Molalla, the Beachie and Lionshead fires east of Salem, the Holiday Farm Fire east of Eugene in the McKenzie River area and the Archie Creek Fire, having sufficient post-fire logging resources has also proven difficult.

There aren’t enough loggers to go around, and there aren’t enough drivers to carry the load. Ireland Trucking in Myrtle Creek, for instance, is able to run only half of its available fleet due to a lack of drivers.

The Oregonian reported an estimated loss of $43 million in logging equipment destroyed this past fall’s wildfires. Burnt logs in the timber market yield roughly 25% less per board foot than healthy timber. Additionally, the charred bark from burnt timber is damaging to logging and sawmill equipment as well. Time spent maintaining equipment is time lost producing the final product.

A larger cost, however, looms on the horizon: timber companies facing the loss of millions of board feet of what would have become harvestable, commercial-grade timber over the next decade.

“The longer term question is we’re going to see a dip in (harvest) volume,” Luther said. “A lot of that volume should have been coming in 5 to 10 years.”

Added Hill: “That’s what we’re more concerned about, is where do we go from here?”