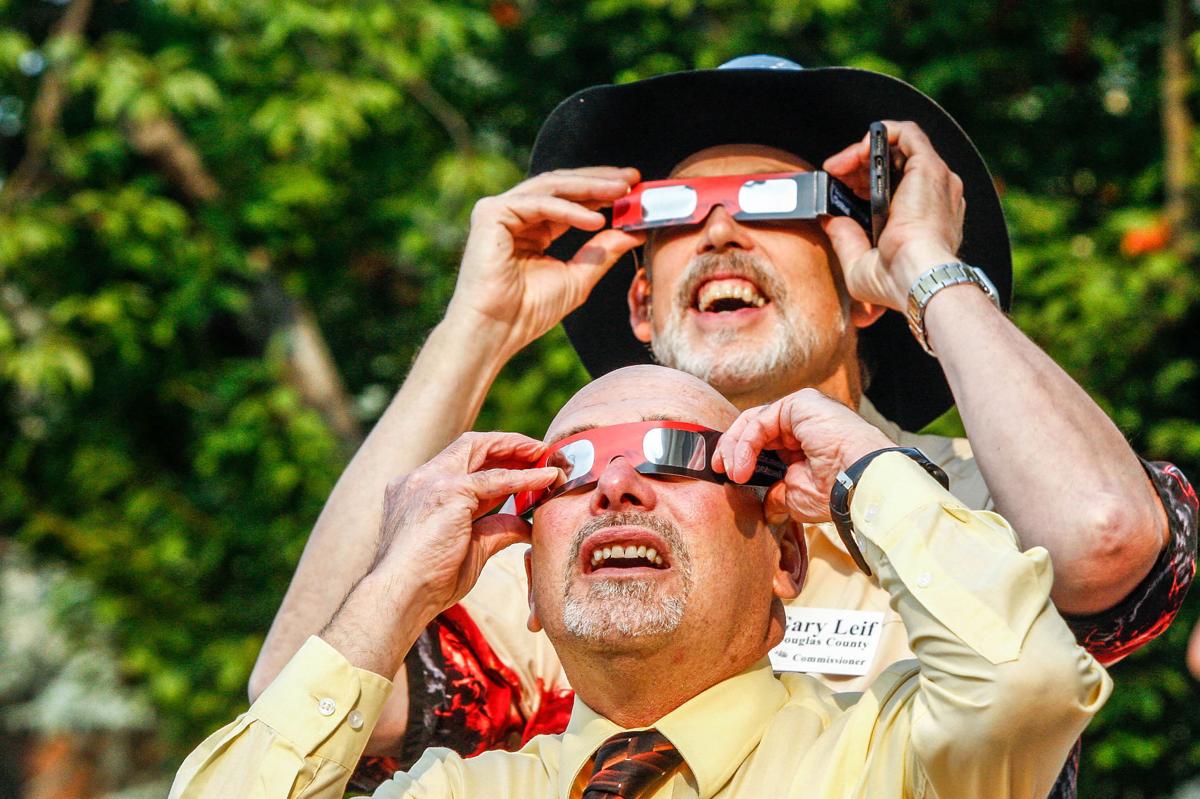 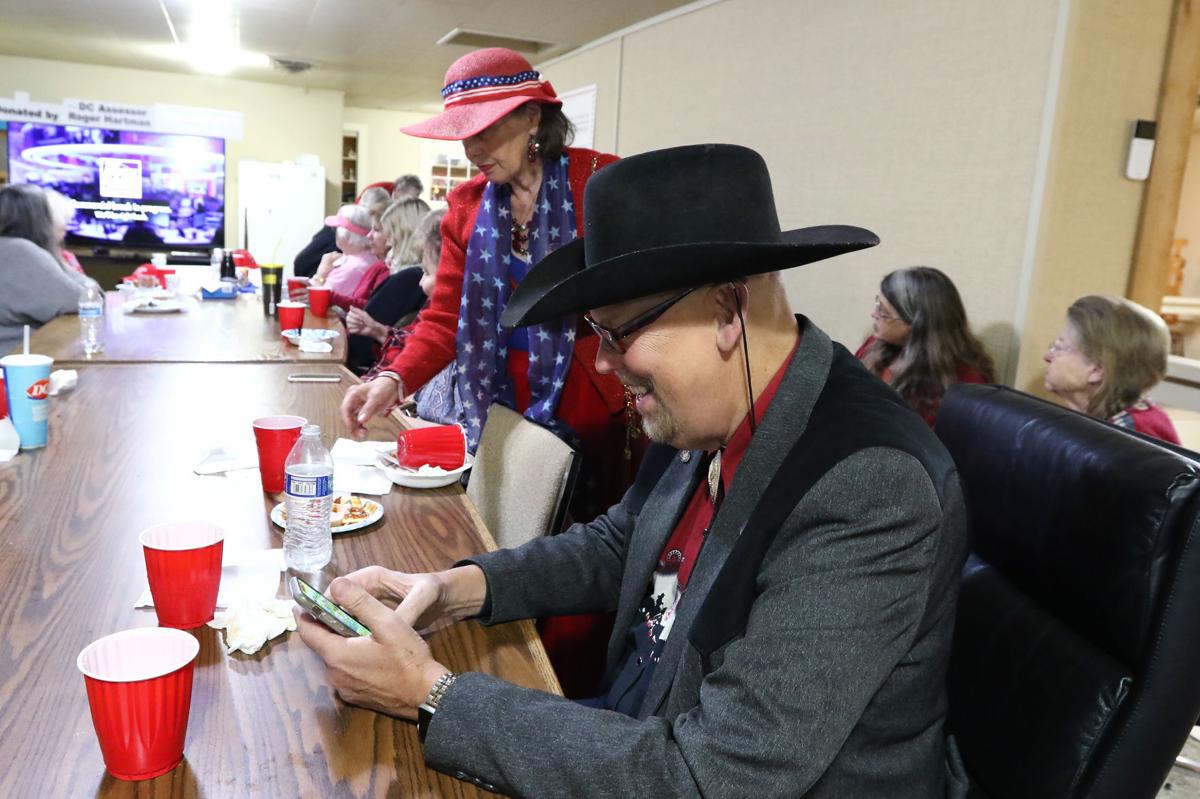 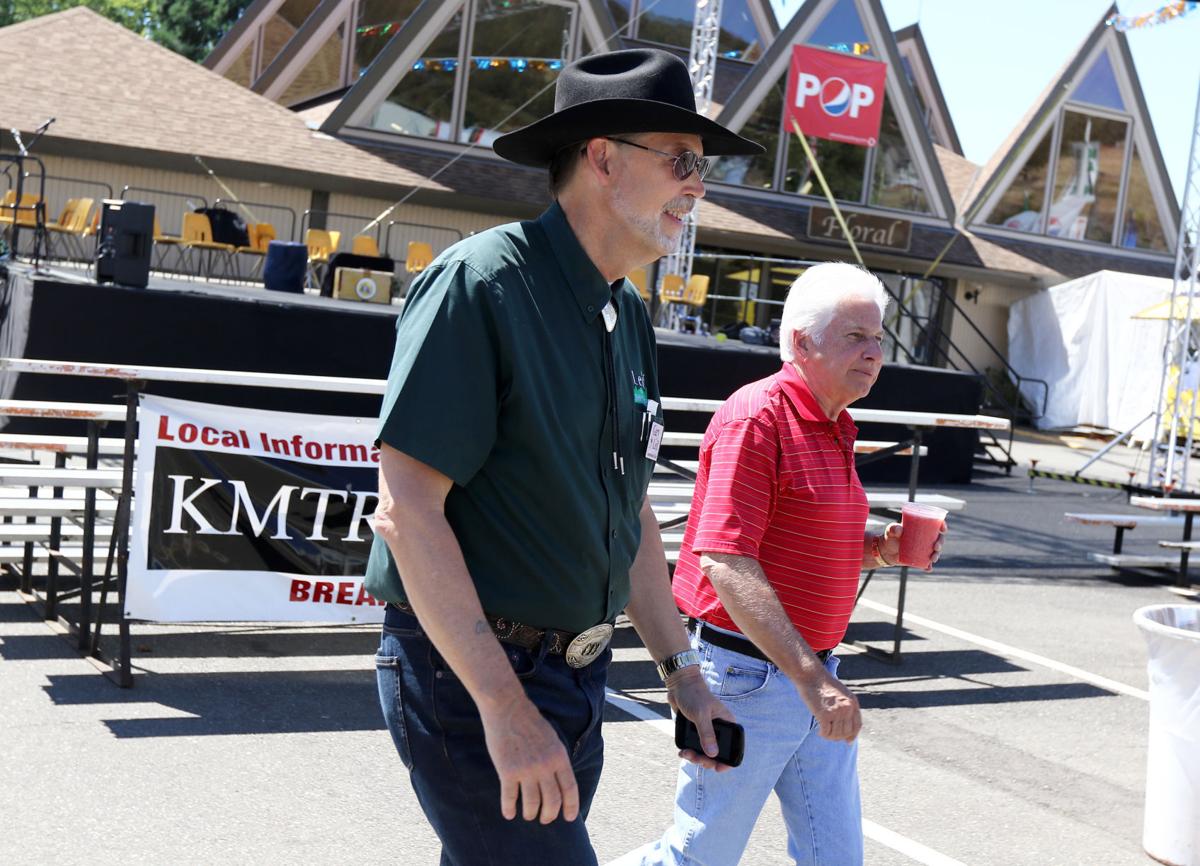 Douglas County Commissioner Gary Leif, left, and Assessor Roger Hartman head to a booth they set up at the Douglas County Fair in August 2016. 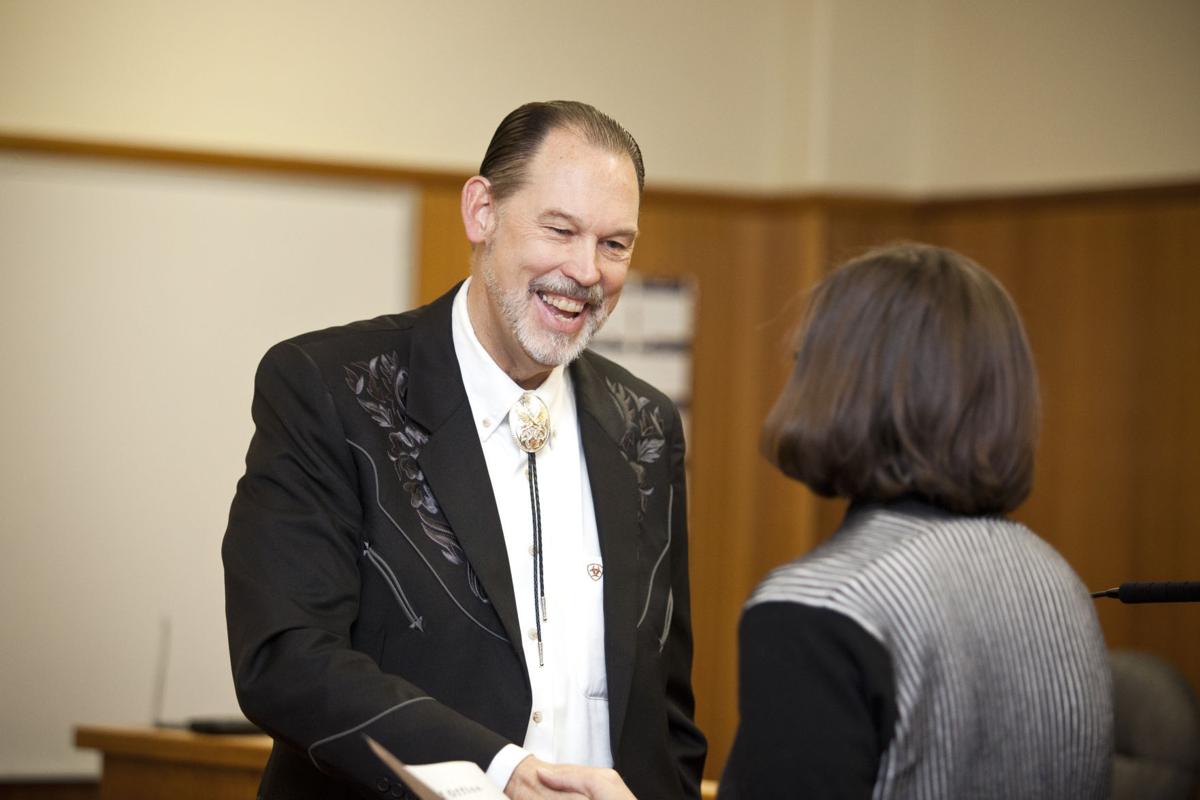 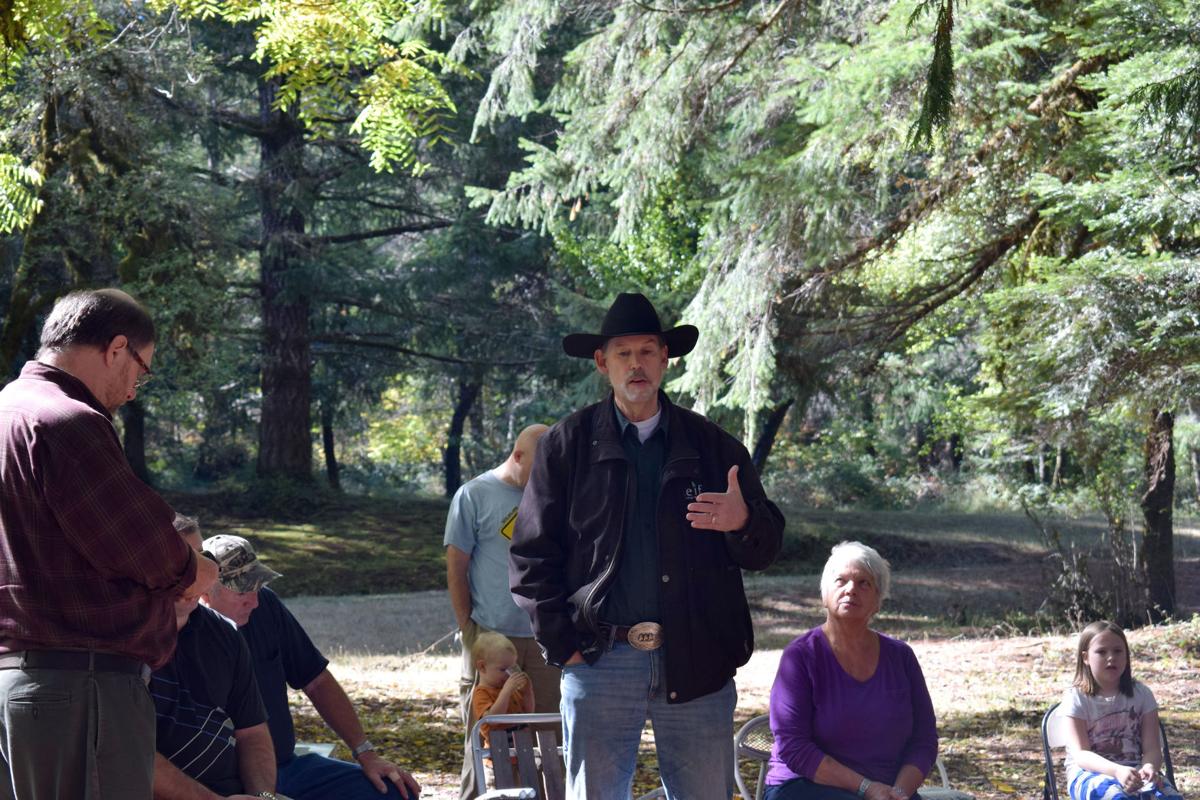 Gary Leif of Roseburg speaks during a celebration of the 50th anniversary of Iverson Park in 2016. 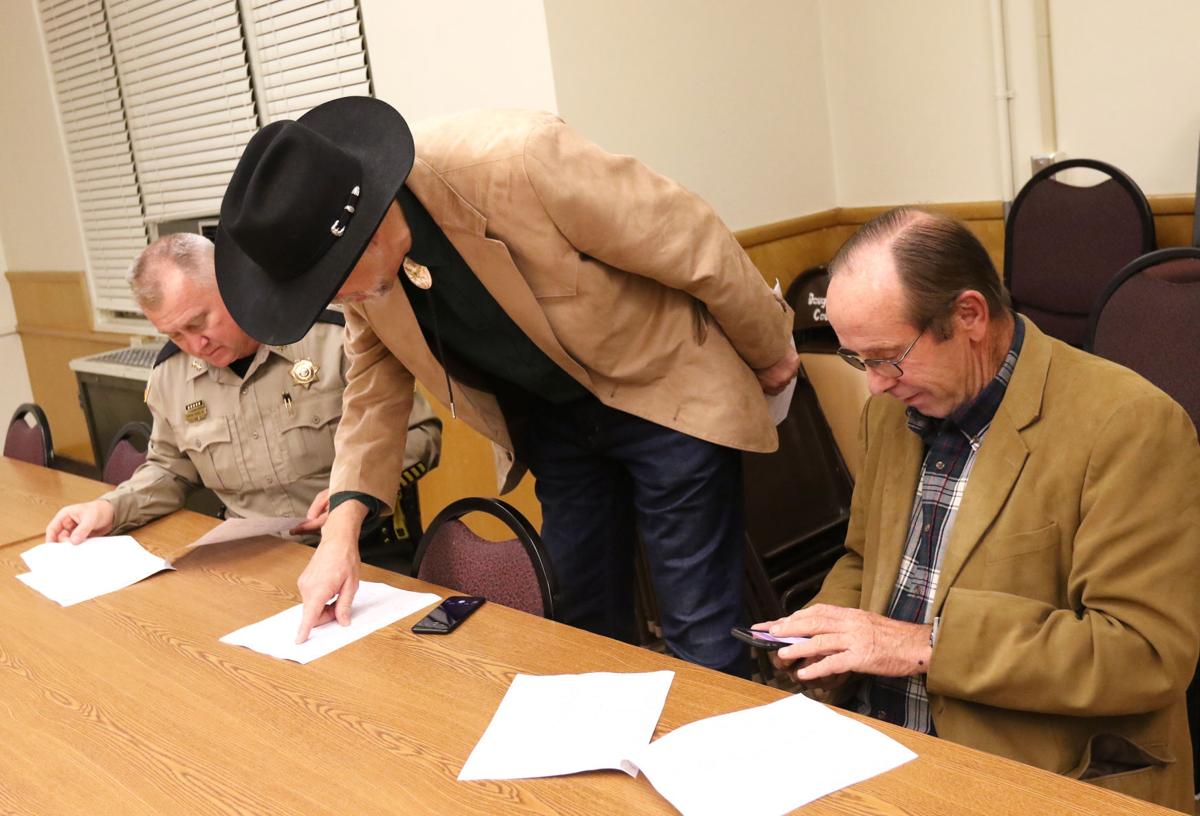 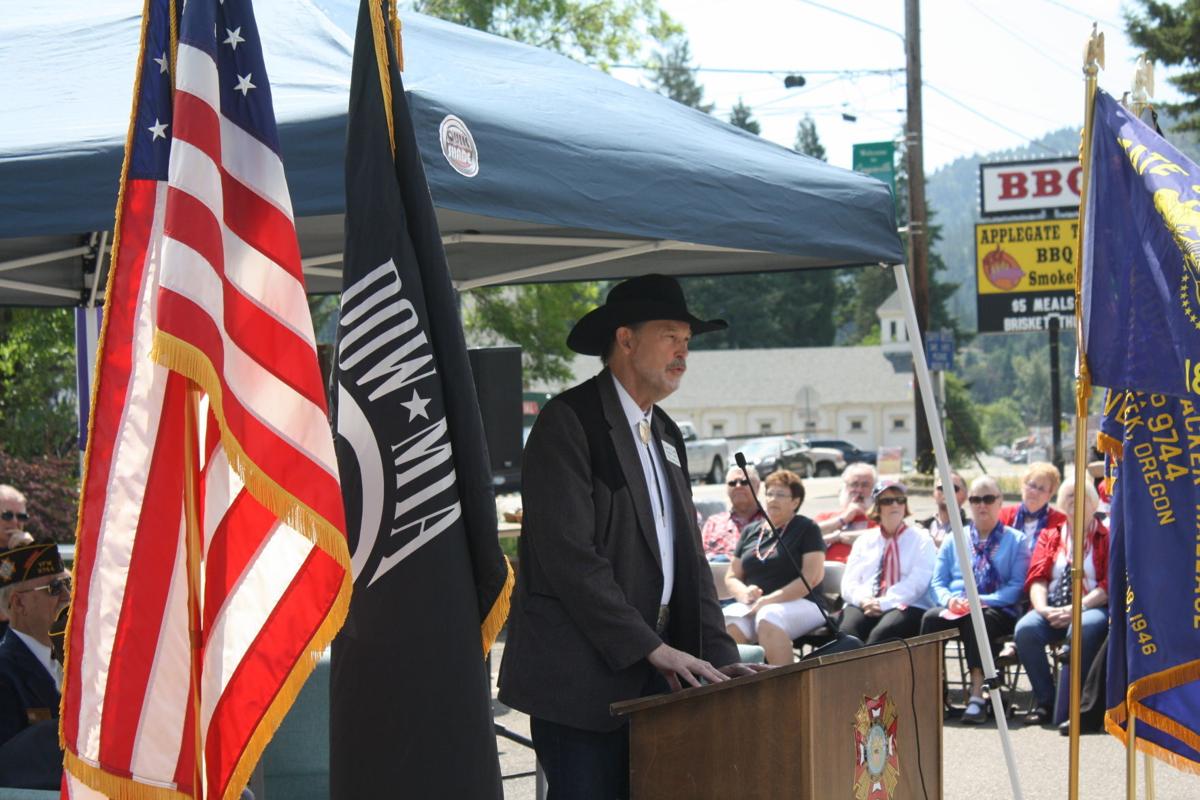 County Commissioner Gary Leif speaks to a Memorial Day crowd in Canyonville in 2016. 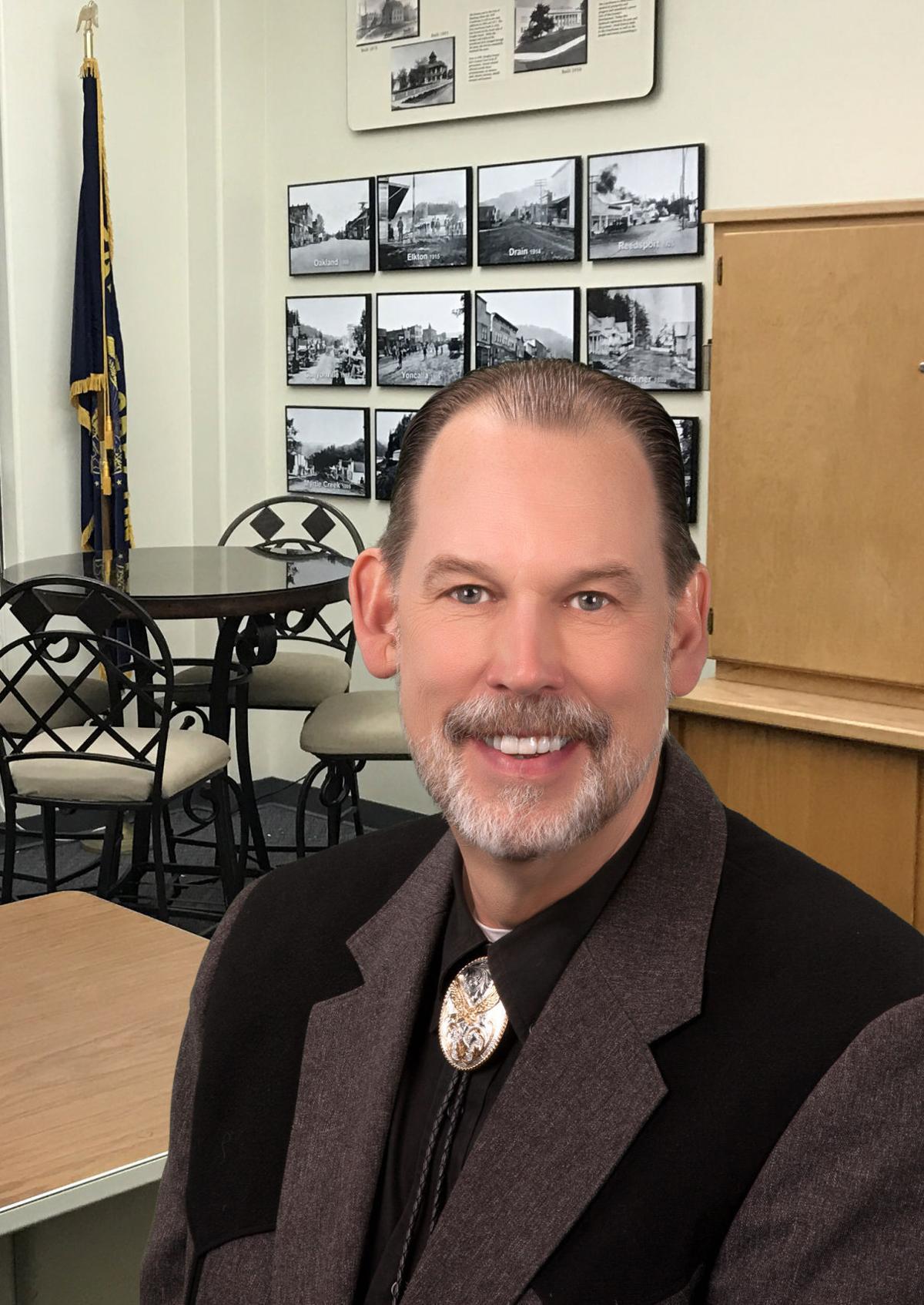 Douglas County Commissioner Gary Leif, left, and Assessor Roger Hartman head to a booth they set up at the Douglas County Fair in August 2016.

Gary Leif of Roseburg speaks during a celebration of the 50th anniversary of Iverson Park in 2016.

County Commissioner Gary Leif speaks to a Memorial Day crowd in Canyonville in 2016.

Rep. Gary Leif, R-Roseburg, was remembered Thursday as a man who championed his community and was well-liked by people across the political spectrum, in a time when that’s become a rare quality.

Leif died Thursday. He was 64.

In December, Leif’s doctors told him he was dying of cancer and had three months to live, but he never made that public.

One of the few who did know was Larry Rich, Roseburg’s mayor and Leif’s communications director.

Rich said Leif was determined to make it through the 2021 legislative session.

“He was going to do the best he could all the way to the end,” he said.

Leif had a long career in public service.

He had been a member of the Winston Planning Commission and in 1985 was named a First Citizen of Winston. Among his many community projects over the years, he had served as chairman of CASA of Douglas County, a member of the United Community Action Network board, Downtown Roseburg Association president and Downtown Development Board president.

He operated a photography studio in downtown Roseburg for more than 40 years.

In 2014, he made his first run for Douglas County commissioner but lost to Chris Boice. In 2016, he ran again for a separate seat on the commission and won.

“I’m a moderate and I make no bones about telling people that, but the thing I really love about it this time is I’m working for everyone in Southern Oregon,” Leif told The News-Review shortly after that election.

“He said that’s the best job he’s ever had. He loved serving, and of all the things he’s done — the commissioner job, the photography business — he said this was the most exciting job and fun job he’s ever done,” Rich said.

One of his strengths was the ability to talk to anybody.

Rich recalled being introduced around by Leif at the Legislature and observing him in conversation with people from both parties. It was clear he had good relationships with them all, he said.

“Gary’s really good at mingling with people no matter who they are, doesn’t matter what party they’re a member of, he was good at it,” he said. “He would definitely listen to anybody and be willing to have a conversation.”

One of his goals was to finish the 2021 legislative session. It wasn’t easy for him, Rich said. He was exhausted, but he kept going anyway.

He was particularly proud to have been able to bring home dollars to help his district.

The biggest of these was $1.5 million for a low-barrier homeless shelter, or navigation center, in Roseburg.

Other accomplishments included securing $1.25 million for a sewer upgrade on Douglas Avenue in Roseburg and $575,000 for the January landslide at Umpqua Community College.

For many, the news of Leif’s passing came completely out of the blue.

“I’m heartbroken by this news,” said state House Speaker Tina Kotek on Twitter Thursday. “Gary was (a) champion for his district and a lovely man. My prayers are with his family and community.”

“Roseburg lost one of its great champions today. Gary was a good person. Everyone liked him. He liked being a legislator and he was a good one. My thoughts and prayers are with his family,” said state Senate President Peter Courtney.

Douglas County Republican Party Chairwoman Valynn Currie said Leif will be sorely missed in the community and hard to replace as a representative.

“We lost a gentleman and a truth seeker who gave his all and he loved this community,” Currie said.

“I thought that Gary did a good job both as a county commissioner and as a legislator. His role as a legislator, he was in such a difficult position in the House of Representatives with the Republicans being very much in the minority, but he still did what he could,” said Fred Dayton, a former chair of the Douglas County Republican Party.

"Representative Leif and I did not always see eye to eye regarding state issues over the past 3+ years, and we even had a few strong disagreements, but I never doubted his love for his community," Heard said.

"Gary was nothing if not humble and kind. I really can’t say that about many other people I have met and worked with in elected office. He was always ready to do whatever he could to serve others," he said.

Heard said Leif always had a smile on his face.

"He was always sincerely interested in what was happening in your life. He wanted to be invested in you," he said.

Heard said he and Leif had a falling out over the past year and he deeply regretted it.

"He was and is a truly beautiful soul that made us all a better community. I hope we will all honor him and his memory by following his example of being servants first and always," he said.

Leif is remembered by many as a kind man and as the photographer who took their family’s senior portraits and yearbook photos, and there was an outpouring of love and sorrow on Facebook following the news of Leif’s death.

“Oh my gosh, how horribly tragic. He has been taking pictures of my kids since 1998. He will be missed dearly,” wrote Dawn Michelle Stewart Severns.

“Always a warm greeting and a sincere desire to help his community. He will be missed,” wrote Bruce Justis.

“This is so sad to hear. He did my senior pictures and I still have one hanging in my house. He will be missed by many. He was a great man who did truly great things,” wrote Jennifer Newman.

Reporter Carisa Cegavske’s senior portrait was taken by the late Gary Leif in 1984. She can be reached at ccegavske@nrtoday.com or 541-957-4213.

Here's how Gary Leif's House seat will be filled, and why Roseburg Mayor Larry Rich might be tapped for the role

Throughout the 2021 session, state Rep. Gary Leif, R-Roseburg, knew his time was short.

I am saddened to learn the news of Gary.

I met Gary in the early 1970s through Boy Scouts, where we, along with an entire troop, hiked a '50-miler' down the Pacific Crest Trail, starting in the Three Sisters Wilderness ending at Waldo Lake. Gary and I shared a passion for photography. Of course, he would make it his career, an excellent career. I continued as an amateur 'shutterbug'. In recent years, I would follow Gary's work as a State Legislator via his periodic newsletters. I enjoyed reading his views on the issues of the day.

I offer my condolences to Gary's immediate and extended family and friends.