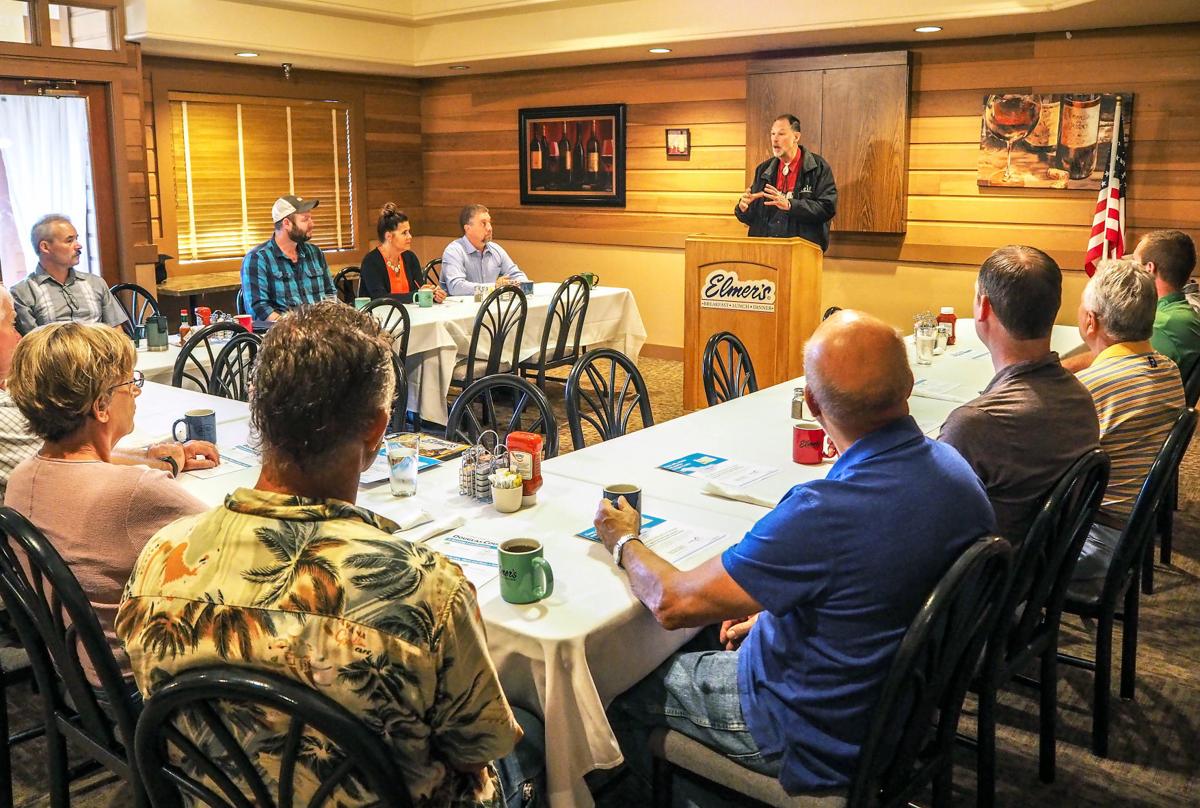 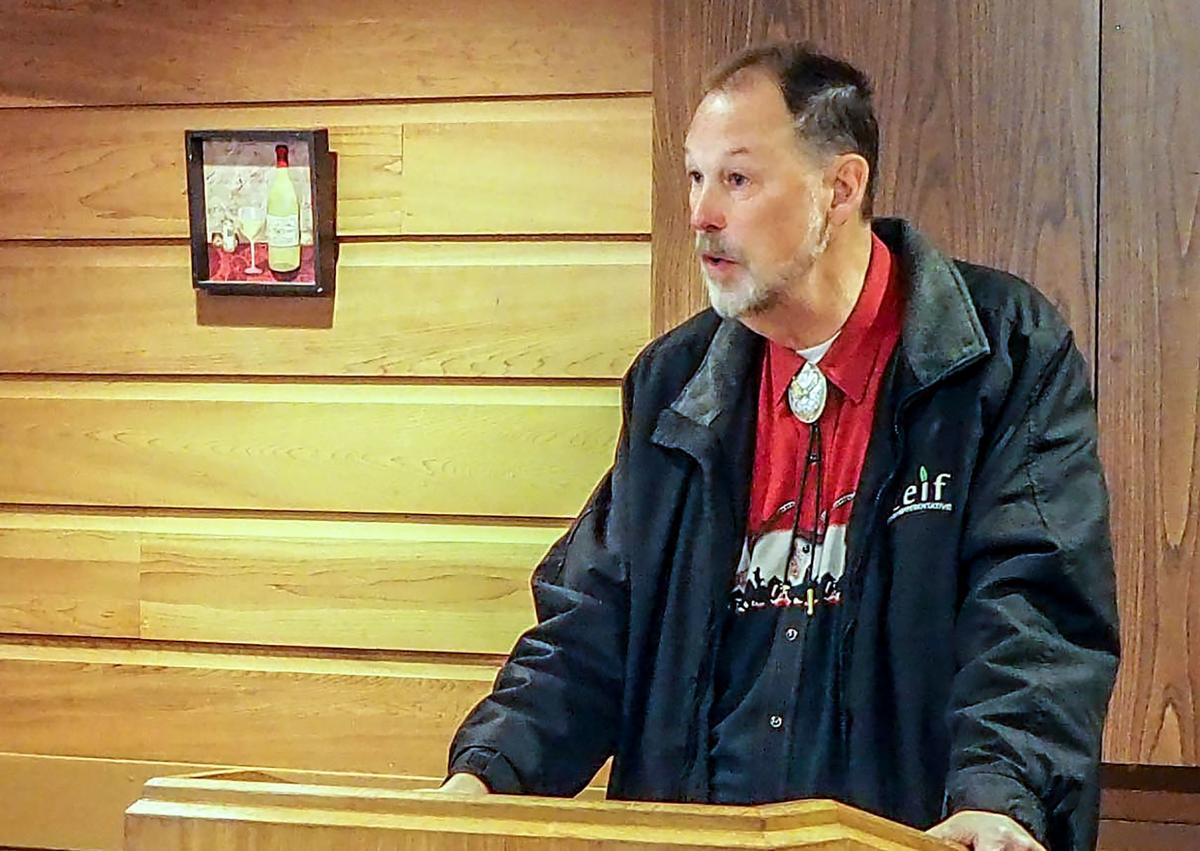 After the recent highly contentious session at the Oregon State Legislature, Rep. Gary Leif, R-Roseburg, said he tried to come up with an analogy for what it was like.

“It’s like going to a gunfight, you know what your objective is, and you have no bullets in your gun,” Leif said. “But that’s not the worst part of it. The people that you’re going to fight know you don’t have any bullets in the gun.”

As the featured speaker, Leif reflected on his experience in the first session since the Democratic Party reached a supermajority. He and Heard discussed their frustrations with their colleagues across the aisle, whose legislative agenda were full of government overreach and contempt for rural residents, they said. But Leif said there were some bright spots in the session and he will be better prepared to achieve his goals in the next session.

“The biggest take of this session was the timber unity,” Leif said referring to massive demonstrations at the Capitol by timber industry workers who protested a carbon cap and trade bill for days. The bill was ultimately killed after Republican legislators left the state, denying Democrats a quorum.

“You guys were rockstars out there,” Leif said. “It was an incredible event. I couldn’t be more proud of Douglas County. It was absolutely the highlight of my session.”

Leif said one of his main goals this session was to build bridges with legislators whose policies he opposes. He said many of those efforts yielded positive results, but others were unsuccessful.

“I want you to be really proud of this part right here,” Leif said. “We got $24.5 million from the state into our region down here. Now, $24.5 million doesn’t sound like a lot of money — it was the second-highest in the State of Oregon for legislative districts.”

He met with Gov. Kate Brown and Speaker Tina Kotek six times during the session, he said, and he made it clear his priority was to secure funding for an allied and mental health college in Roseburg and a rest home at the Roseburg Veteran’s Affairs Hospital.

He said he was proud to have secured more than $10 million for the college, but added there was a point when he and Heard realized they needed to focus more on the college than the rest home. It became clear the rest home would not receive necessary federal funding, Leif said.

“The federal list came out in March for the national list of projects that the VA was going to be funding,” Heard said. “We were in the 85-88 slot. They only funded the first 35 projects. We were several hundred million dollars outside of their budget.”

The legislators took several questions from the audience regarding negotiations with Democrats and entitlements.

Dave Sutton, of Lone Rock Resources, asked why $2 million of economic development money went to funding an emergency department at the Curry Medical Center in Brookings when bridges in the region are in desperate need of repair.

“We have a huge population of California retiree pension recipients down in the Brookings community,” Heard said. “Best case scenario, if you’re having a heart attack, you’re 40 to an hour from the nearest emergency room.”

Sutton said it was a matter of priorities.

“I think you’re prioritizing California (retirees) over a school bus driving over a bridge with our future generation (and) the bridge collapsing,” Sutton said. “I’m not quite sure I’m following the logic of your politics, but that’s OK, that’s why we hire you guys to represent us.”

Heard said the emergency room will save the lives of people who are dying disproportionately and bring in new revenue through payroll taxes to the state.

Leif said he went into the session with a new staff, but he came out of it with lessons about how to better approach the new composition of Salem. He urged people in the room to reach out to him more.

There were multiple instances of strong collective opposition to Democratic legislation, he said, but he added Republicans need to use that to increase organization.

“One of the things that I think is really important for us to understand is the Democrats are very organized in their politics, they’re extremely organized, and we’re not,” Leif said, adding that Republicans need to increase voter turnout in conservative areas.

Restaurants and bars to close, gatherings more than 25 banned under new order announced by governor

Representative Heard sounds like he has a level head on his shoulders. (This comment from a Democrat).!!! Keep up the good work Mr. Heard!!